Today, Flatbush Zombies return with a new album called Vacation in Hell. Apple Music and Spotify subscribers can stream it in full.

In an interview with DJBooth, Flatbush Zombies’ own Meechy Darko talked about the stories that make up Vacation in Hell:

“It’s about making the best out of what you have,” Meech says with his trademark raspy croon. “Life is never gonna be perfect, and as artists, we have a responsibility to not name our album The Good Life or The Life & Times of Flatbush Zombies. There has to be a way to show duality in life. When I listen to old Marvin Gaye albums, he’s talking about heartbreak and he talks about love, the Earth, the moon and stars; he don’t just talk about winning and fucking.”

To support the LP, the trio will embark on a North American beginning next week. Find the full itinerary here, and grab tickets here.

Vacation in Hell is just one of three new 2018 projects from Flatbush Zombies. The group’s Erick the Architect put out an instrumental album titled Arcstrumentals 2 in February. And earlier this week, a documentary on the band dubbed Building a Ladder was released.

To coincide with the album’s release, Flatbush Zombies have shared a short film featuring Lin-Manuel, Ice-T, John Leguizamo, and ASAP Twelvyy. Watch it below. 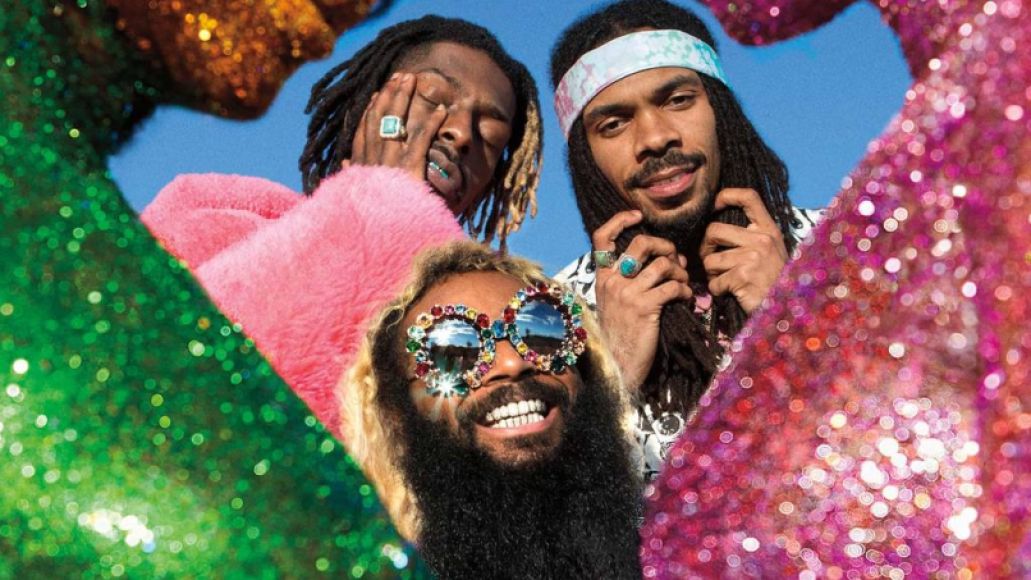