“This family needs to speak with one voice. And it’s mine.” —Maureen Robinson

This line from Netflix’s upcoming reboot of Irwin Allen’s classic ‘60s sci-fi yarn Lost in Space (which premieres on Friday, April 13th) comes a few episodes into its 10-episode first season, but it’s hardly the first time Molly Parker’s resolute, resourceful Maureen Robinson solidifies herself as the center of the show’s star-crossed family unit. In fact, one of the most dramatic (and welcome) changes the show makes to the Space Family Robinson is its Martian–like emphasis on science-ing the shit out of their many life-threatening dilemmas — and placing that responsibility largely in the hands of the women of the family.

We’re only a few months into 2018, but it’s already become a banner year for representations of women (especially women of color) working and succeeding in STEM fields. Black Panther gave us the youthful, confident Shuri, easily surpassing Tony Stark as the greatest inventor of superhero gadgets in the MCU. A Wrinkle in Time linked the emotional journey of Meg Murry with her science skills and engagement with astrophysics. Even Alex Garland’s Annihilation presented, without comment, a team of scientists comprised entirely of women. 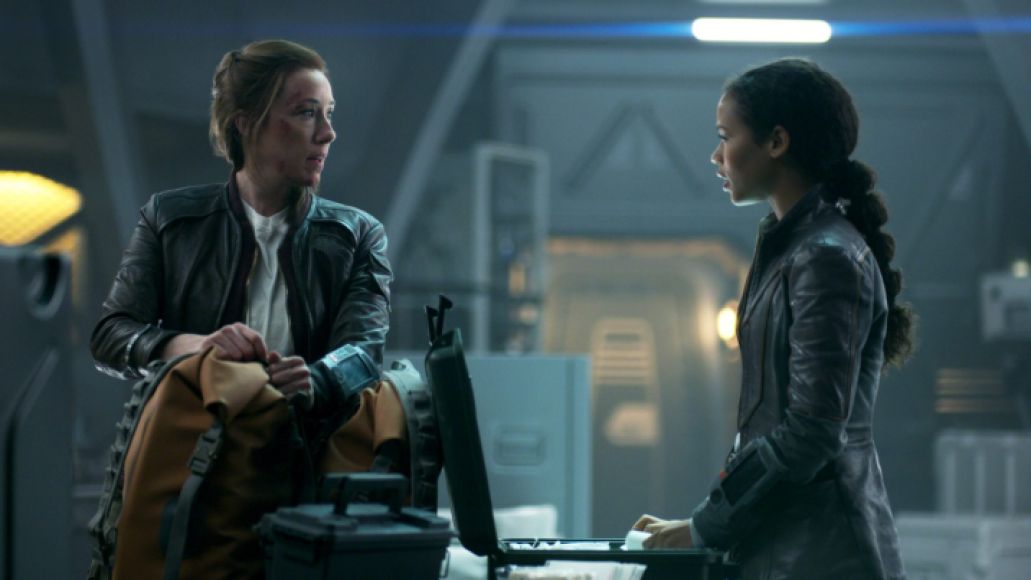 While it’ll make a smaller splash on Netflix, the women of Lost in Space follow that tradition. Maureen is an aerospace engineer, the woman who designed the colony ship meant to take the Robinsons and the rest of the Jupiter colonists to their new home of Alpha Centauri after a mysterious object crashes to Earth and makes it virtually uninhabitable. Her adopted daughter, Judy (Taylor Russell), follows Shuri and Meg’s footsteps as a young, science-minded woman of color – she’s the ship’s doctor. Penny (Mina Sundwall) is ever the bratty teen, but shows all the signs of a budding scientist; she doesn’t have the training of her sister and mother, but she manages to think and build her way out of many a scrape.

Rather than take the Jupiter 2 to a different planet every week, Matt Sazama and Burk Sharpless’ reboot spends the majority of the first season with the Robinsons and their fellow colonists crash-landed on a mysterious planet after their colony ship, the Resolute, falls victim to an attack from an alien robot — who happens to get ‘rebooted’ in a much more literal way by Maxwell Jenkins’ Will Robinson, and joins the family. (Yes, he still says “Danger, Will Robinson” a lot. It’s cute.) However, much of the series’ conflict comes from the practicalities of survival – rescuing the Jupiter 2 from a glacier, constructing makeshift hot air balloons to study the planet’s lower atmosphere, recovering backup fuel tanks from another ship hanging from a cliffside. The Robinson women are all front and center of these resourceful improvisations. 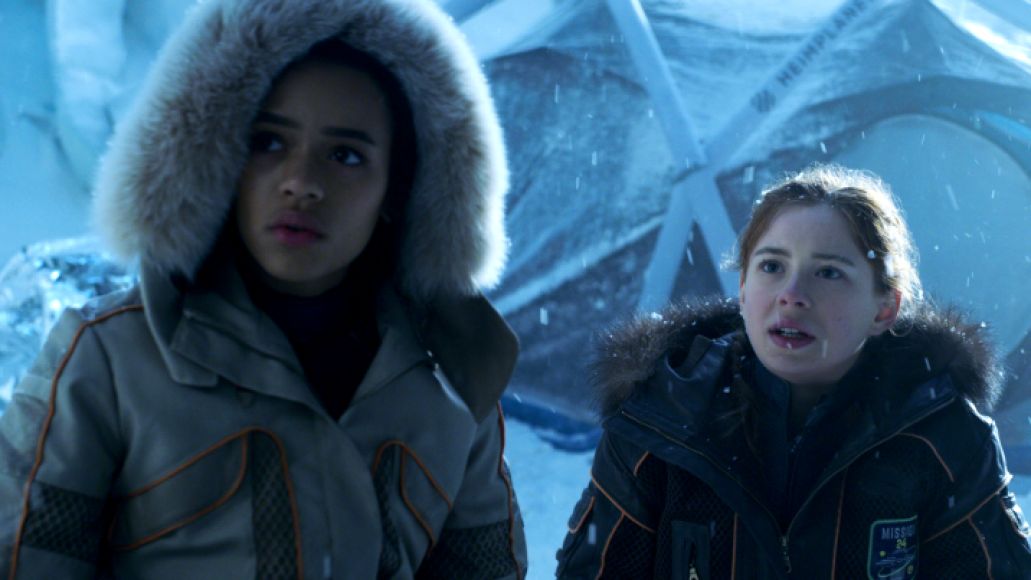 They’re not two-dimensional superwomen by any means: Like the rest of the family, Maureen, Judy, and Penny get scared, or uncertain, or place too much pressure on themselves to perform. But it’s the grace by which they resolve these issues, and the compelling performances of Parker, Russell, and Sundwall, that make these characters fun to watch. It’s a fantastic way to update a show whose original dynamic gave the original Robinson women little to do but get captured and worry next to computer consoles, airing at a time when traditional gender roles were pretty absolute.

While the men of the family aren’t marginalized by any means, they clearly thrive in support roles. Will Robinson is himself quite the genius scientist, but his story is largely focused on the Iron Giant-like dynamic he has with the Robot. Husband and father John (Toby Stephens) is a gruff, military-minded guy, clearly the brawn to Maureen’s brains. He’s able to take the lead when necessary, and tends to be more of the go-to for the show’s action and escape sequences, but his most endearing trait is his ability to collaborate with, and follow, his wife. In a lot of ways, his lack of scientific prowess – apart from his military training – brings his family’s knowhow into greater focus. Like the Robot to Maureen’s Will, he’s largely comfortable being a blunt instrument who trusts the experts around him to lead. (Besides, who do you think Maureen’s talking to in that beginning quote?) 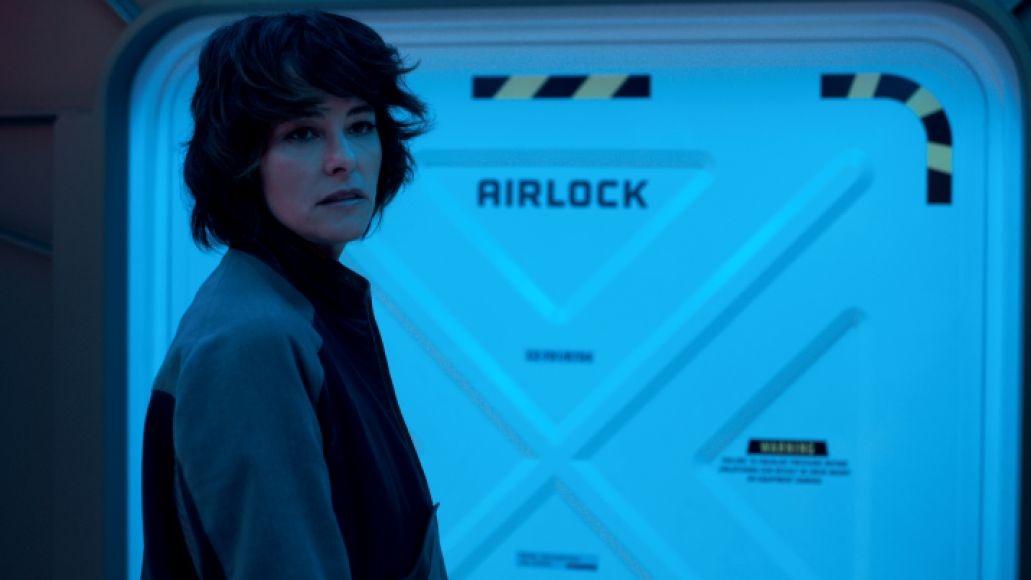 Which brings us to the show’s real highlight: Parker Posey’s incredible re-imagining of Dr. Smith. Updating the sniveling, cagey backstabber of the original show to a wily Machiavellian manipulator, Posey’s wily energy matches nicely with the newly female-forward dynamic of the Robinson family. While the Robinsons’ focus is hard science, hers is social science – she’s a licensed psychiatrist (or so she claims), using that role to get the colonists to open up about their greatest fears and open up emotional wounds she can use to get what she wants. That contrast allows her to well off the other characters, but especially with Maureen; they’re probably the two smartest people on the planet, and must work that much harder to outwit the other when they’re inevitably sent off on their own.

What’s most important about Lost in Space’s heavy emphasis on the intellectual and scientific prowess of its women is that it largely goes unsaid. They’re not pioneers, just colleagues; their intelligence and resourcefulness doesn’t require performative accolades, apart from the expected encouragement you’d get from a close-knit family like the Robinsons. Even 18-year-old Judy, while momentarily underestimated for her youth, proves her doubters wrong, earning the grudging respect of laconic, opportunistic mechanic Don West (Ignacio Serrichio). Apart from a few administrative spats, the crashed colonists of the Resolute are a community of idealistic scientists and explorers – the perfect environment to encourage and elevate the scientific accomplishments of its female complement. 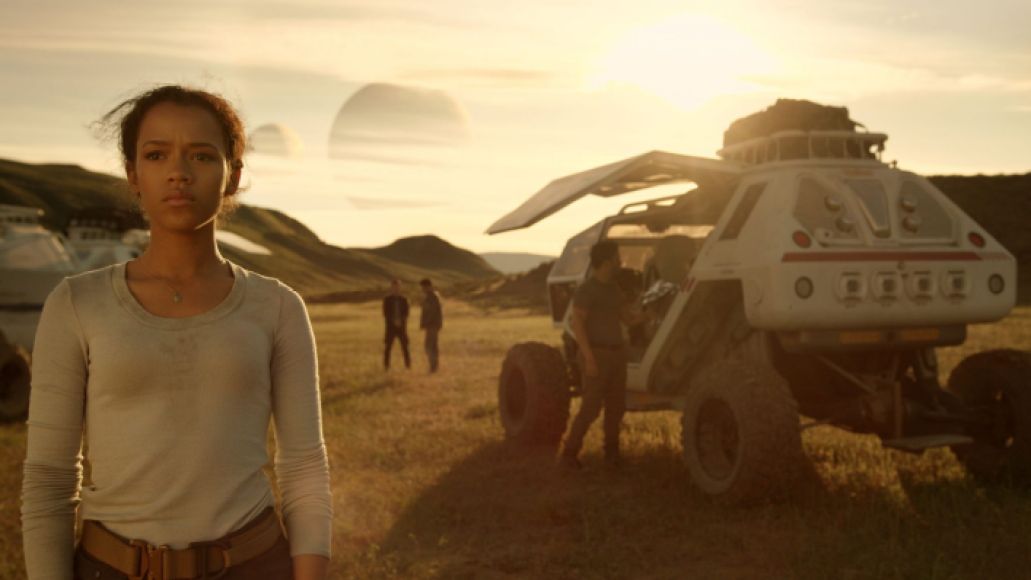 These representations are important: Through a lack of visibility in media and pop culture, and/or the inequities of male-dominated professions, women aren’t as actively encouraged to enter the fields of science and technology. According to the Department of Commerce, women only hold 24% of all STEM jobs in the US, and women with STEM degrees are much less likely to follow through into STEM-related occupations. Women of color face even more disproportionate bias in STEM workplaces: One University of California-Hastings study reported 100% of women of color in STEM fields experience a compounded sense of gender bias on the job because of their ethnicity. These are real barriers to societal progress, not just for women, namely because every capable person turned away from important professions like STEM is one less innovation discovered, one less problem solved. Sexism hurts all of us, but its effects are pronounced when the next generation of scientists is stymied by a lack of visibility.

While all the Black Panthers and Lost in Spaces of the world can’t erase the pernicious effects of workplace gender bias and institutional sexism, every little bit of positive representation for women and WOC in these fields counts. It’s a Netflix show, so it might disappear from the public consciousness in a week; however, if it helps encourage even one young girl to see Maureen and Judy Robinson taking charge, solving problems and conquering the hell out of space, it’ll be worth it.