Outside Lands has revealed its 2018 lineup. Now in its 11th year, the festival return to San Francisco’s Golden Gate Park from August 10-12th. 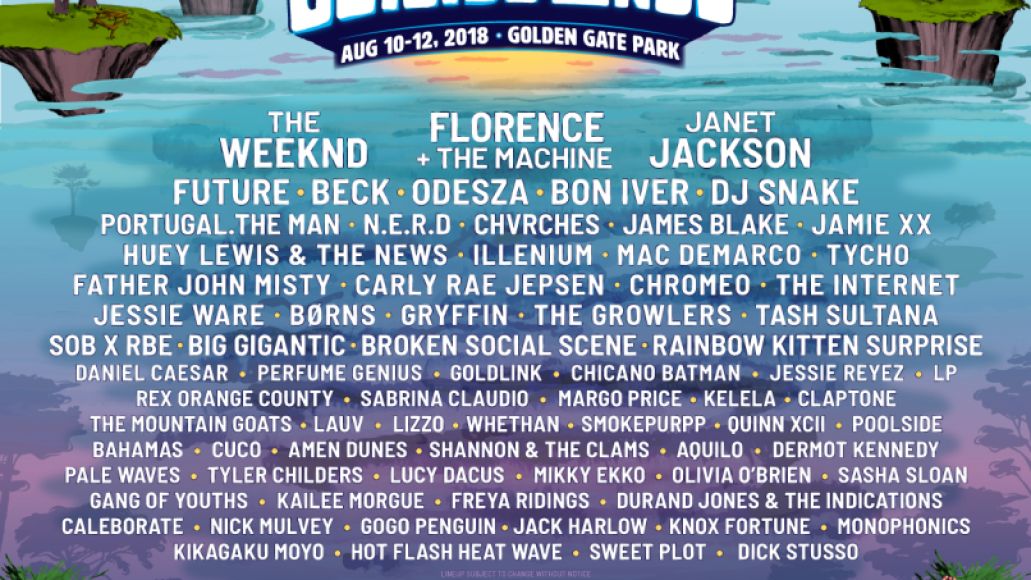 Outside Lands reveals 2018 lineup: Florence + The Machine, The Weeknd, Janet Jackson to headline