With Glastonbury taking a fallow year, Denmark’s Roskilde claims the mantle of being Europe’s biggest music festival this summer. This year’s lineup boasts over 175 artists playing across nine stages over the course of the festival’s four days. And they’re are many highlights. So many highlights.

Roskilde Festival goes July 4th-7th, 2018 in Roskilde, Denmark. Tickets are on sale via the festival’s website. 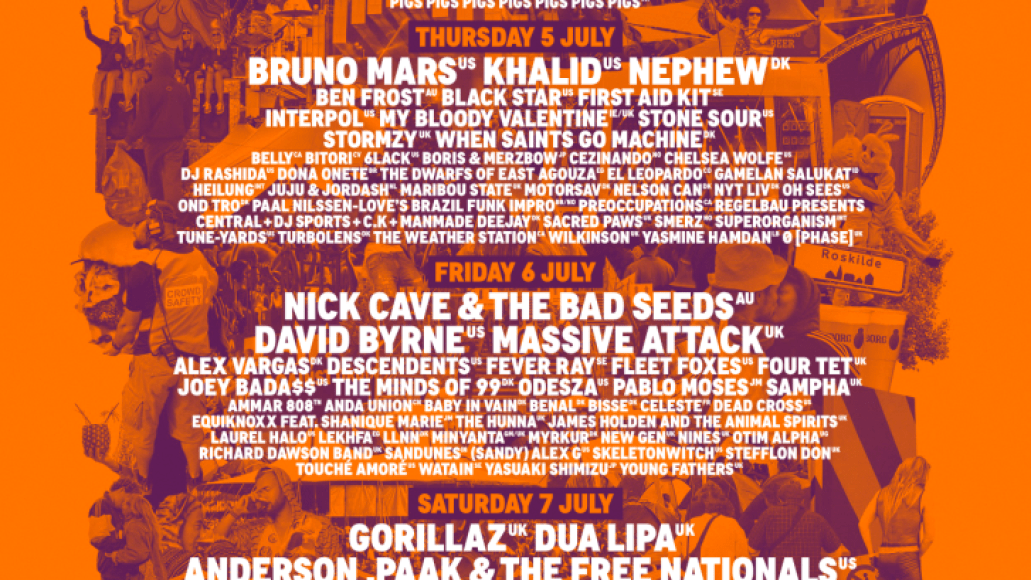 Roskilde Festival submits its entry for 2018 lineup of the year