Track by Track is a new music feature that tasks artists with revealing the story behind each track on their latest offering.

The story of black metal supergroup Twilight is a strange one with multiple endings and rebirths. It seems that every time the band announces a new release, it’s hailed as their last effort. They first disbanded after their 2005 debut but reformed in 2009 to release Monument to Time End. Then Sonic Youth’s Thurston Moore joined the project in 2012, only to have the band split again as soon as they announced their first record with him, 2014’s III: Beneath Trident’s Tomb. Now they’re back with a new EP, Trident Death Rattle, and wouldn’t you know it, it’s being called their “final recording.”

Due May 1st from Ascension Monuments Media, Trident Death Rattle is streaming in full below.

For more on Twilight’s latest last recording, the band’s Blake Judd has broken it down Track by Track. Judd wrote the songs himself and admits to being one of the core reasons for Twilight’s final breakup, which makes him the perfect person to reveal the intimate and troubled stories behind Trident Death Rattle.

“This Road South”:
This was the first tune I wrote for Beneath The Tridents Tomb, and I believe it was the first song Wrest and I attempted to work out in the couple of weeks to prepare that we had prior to entering the studio for session one. (Like most of our records, this was recorded in two sessions with a two week or so break between the first and second recording period. Session one is to build the foundation. Session two is to come back and “pour the gravy on it.”)

I was not in a good way, whatsoever, during these sessions. (Neither was one of the other key members of this band, and in that way, at least I wasn’t alone in my misery.) My then-wife and I had literally been on the brink of having our very brief joke-of-a-marriage collapse after just 13 months of being ‘married’. My head wasn’t really in the game, so to speak, but I feel of the three tracks I brought to the table, this one was the most solid and natural in terms of coming to me. Stylistically, I think it sounds like my Twilight material. This was supposed to be the opener on the LP prior to being yanked by then-angry bandmates due to my off-stage debacle in late 2013, over a year after the album had been recorded, yet not yet released. I think it would’ve made a good opener for that album, as well. It’s actually too bad things worked out the way they did because these three tracks were kind of the ‘glue’ (by that I mean the most straight-forward, verse-chorus-verse type rock and roll song structure-having songs on the original track listing of the album), and they kind of held all the wild experimentation occurring on the other tracks together, and I felt they complimented each other rather nicely. I know I wasn’t alone in this feeling at the time, either. But — things happened, as they tend to when you’ve got someone who’s horribly addicted to heroin, as I was at the time.

In the end, Twilight’s last LP was a half-finished album that was put out by a bunch of dudes between a rock and a hard place, because no one in their right mind wanted to ally themselves with me during that dark and very embarrassing/shameful time in my life. I can’t blame them for their decision to distance themselves from me… In hindsight, I think it was a smart move because I was no one’s friend then and nothing good was going on in my camp, so despite bruising my ego a bit at the time, I think it was the best thing to do trying to make the most of a shitty situation.

Anyways — this song really came to life when Thurston Moore arrived for the second session. I remember he was very prepared for this track and the two others I’d written (which encompass the entire Trident Death Rattle EP) and I remember thinking that was pretty fucking amazing. To watch one of my childhood/teenage rock heroes sit there and play guitar over my little black metal song was surreal and incredibly personally validating. All those over night drives, nights on god-knows-who’s floors, changing flat tires and expensive van repairs all suddenly seemed worth every second more than they ever had. 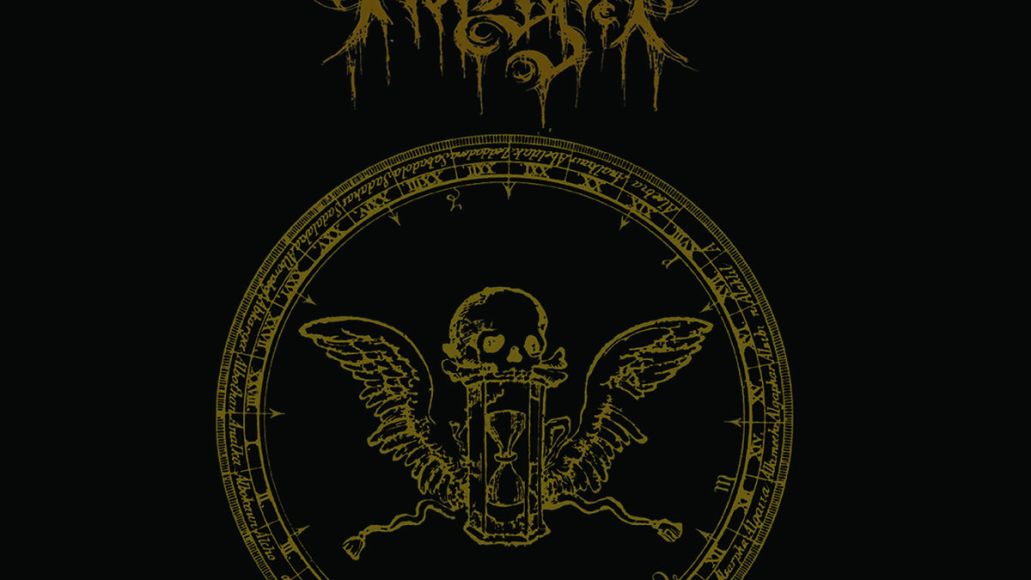 “Weathered Flames”:
Not going to lie… I kinda pulled this one outta my ass. I’ve been reading some people talk online here and there about these three songs on this EP, and it’s received way more positive feedback than I think it’s due. I was feeling massively uninspired overall during this time period creatively, and I feel this song is somewhat a reflection of that. What is cool about it is that it doesn’t really sound like my typical Twilight material. (“The Cryptic Ascension”, “8,000 Years”, “Negative Signal Omega” from Monument To Time End and ”Exact Agony, Take Life”, ”Swollen Voices in Silence” and ”Beyond Light (Beautiful and Malignant” from 2005’s Twilight LP are all examples of songs I’d penned in full from the first two albums, to give you an idea of how much this song really doesn’t fit that mold at all.) It’s got kind of a Darkthrone-y/Celtic Frost worshiping thing happening in the first half, which I dig. The middle segment to me that picks up a bit sounds like a record cut for 45 RPM being played at 33 1/3; I wish we’d picked up the pace a bit, but we didn’t and it just kind of is what it is. Not my favorite track, but certainly not the worst thing I’ve ever written and certainly not the worst Twilight song.

“No Consequence”:
This song is the money shot for me. This is myself, Thurston Moore and a guest appearance from (my uncle, in fact) Chicago-area bluegrass guitarist and banjo player Scott Judd — who’s also been a life long Sonic Youth diehard who just so happened to buy me my first electric guitar and passed down his old Crate combo amp to me when I was about 12 in 1995, about six months before discovering the music that would come to shape my life in the form of the debut Emperor EP which I promptly did my best to start learning to play. (And the next thing you know I’d ruined my life and here we are, hahaha.)

Anyways — I felt that for giving me that amazing gift that literally served as the first brick in the foundation that would become my entire life as I’ve known it since up to the point where I’m now making an album with Thurston Moore, one of HIS heroes. I felt that It was my duty to call him on down to the studio (no, I didn’t tell him who was there… I let that be a surprise) and asked him if he wanted to come play some banjo on my dreamy, sad-bastard track I’d written a few nights before after realizing the wife and I were definitely calling it quits and I was having some kind of opioid-induced pity-party in my then-jam space when said-tune had been created. It all felt very ‘heavy’ to me, even though I speak of it somewhat jokingly now.

This song is what I think is Twilight doing the ‘sad’, bleak black metal style at it finest. Thurston and Scott both add a very interesting and abstract dimension to this track, and the end result is just bleak, sonic misery incarnate. You can hear the torment I was dealing with internally, which at the time felt as a real as a sledge hammer to the face would, and I could tell that Thurston and Scott (and certainly my bandmates) all knew that I was hurting from my very recent loss but also severely spiraling out of control with my heroin issue. It was truly the beginning of the end. I don’t think Sanford Parker and I have ever stepped into a studio together again since that day (or barely really even seen/spoken to one another), Neill and I had about had enough of one another at that point and (much to my dismay) we’ve never really been able to put our friendship back together to this day. We’re cordial, and thats more than I could’ve ever hoped for considering how he was feeling about me circa 2014-Vice/Noisey article-era Neill, but still my heart is heavy when I listen to this track and know he’s singing about me and basically saying, “Your walls are caving in, bro, and its just you under them now when they fall because you’ve turned your backs on all of us long ago.” Sadly, he was right and I was naive to believe otherwise at the time.

It’s kind of cathartic now, however, to go back and listen to that (as I’m at a much much better place in my life, over two-and-a-half years removed from the addiction that brought my world to it’s knees and nearly killed me in just about every way imaginable in the three-four years that followed this recording session) and remind myself why I work so hard to stay on track and focused on today and looking into tomorrow. Because I know better than anyone that there’s no such thing as ‘no consequence’ when you’re the hurricane in people’s lives that I’d become. This song is an accurate representation of the damage after my storm blew through.