Ever since a New York Times report from late last year gave some credence to Tom DeLonge’s UFO research and To the Stars Academy, the world has been eying the former Blink-182 member’s activity a bit more closely. Well, slip on those reading glasses, because DeLonge’s got a new book on the way, Sekret Machines: Book 2: A Fire Within. It’s the sequel to 2016’s Sekret Machines: Book 1: Chasing Shadows, and, as the title implies, it’s the second book in a three-part series. Both were co-written with author and professor A.J. Hartley.

Though the books are fiction, DeLonge asserts that they’re informed by “facts and actual events gleaned from the authors’ sources within the scientific, military and intelligence communities surrounding unidentified aerial phenomena.” In multiple interviews, DeLonge has said that the books, as well as the sci-fi films on which he’s currently working in, serve as vessels to slowly introduce the truth regarding UFOs and the government’s method of exploring extraterrestrial life to the general public. That said, he’s also writing a companion non-fiction investigative series into the phenomena that kicked off with last year’s Sekret Machines: Gods.

“One of the largest areas of study when dealing with the UFO phenomenon is consciousness and the human mind,” DeLonge said in a press statement. “A.J. was able to weave that into the storyline with a tapestry of information never before released. He’s providing us with an opportunity to learn more about ourselves and the greatest story never told.”

“Book One focused primarily on the machines themselves–hardware, if you like–but in the second installment of the series we push the story into the gray areas between the normal and the paranormal in more clearly human terms, exploring the idea that as technology might make exponential evolutionary progress, so might people themselves,” added Hartley. “The result continues the story of the first novel, picking up pretty much where it left off, but shifts the tonality of the narrative into new territory, new adventures and new sekrets.”

Sekret Machines: Book 2: A Fire Within will be available on September 18th.

Read a plot synopsis below:

A Fire Within continues the story of heiress Jennifer Quinn, journalist Timika Mars, pilot Alan Young and ex-Marine Barry Regis – four people bonded by the incidents they’ve witnessed and who are being hunted by agents of a wealthy corporate cabal desperate for unimaginable power and possessed of extraordinary abilities they don’t understand, much less control. Now the quartet is on a mission of their own: as Alan and Barry test the limits of their strange gifts inside the military complex known as Dreamland, Jennifer and Timika begin a quest to locate an ancient tablet that may hold the answers to humanity’s greatest question: Are we alone in the universe?” 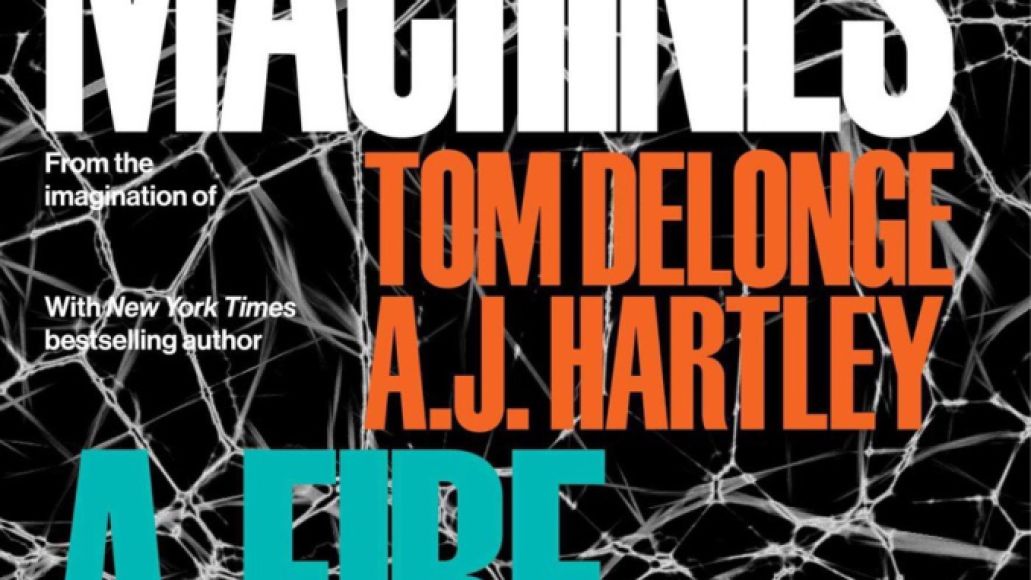