So says Bernard Lowe (Jeffrey Wright), Westworld’s head programmer and rogue robot, more than a few times in the HBO series’ second season. And if there’s one thing that will alienate the ravenous viewer this go-around, it’s that. Well, that and the numerous “I don’t knows” that Wright mutters in his deep, wary baritone. And, sigh, wasn’t it writing like this that hobbled the first season? Droning characters ask big questions in blunt ways and the subsequent monologues elegantly dance around dorm room philosophy. Creators Jonathan Nolan and Lisa Joy occasionally punctuated this laboriousness with moments of taut action, but it continually struggled to populate those sequences with compelling characters or meaningful pursuits (let us never speak of “the maze” again). It was a season of ideas, one that made us wait 10 episodes for the fireworks factory. It was, by so many definitions, a prologue. 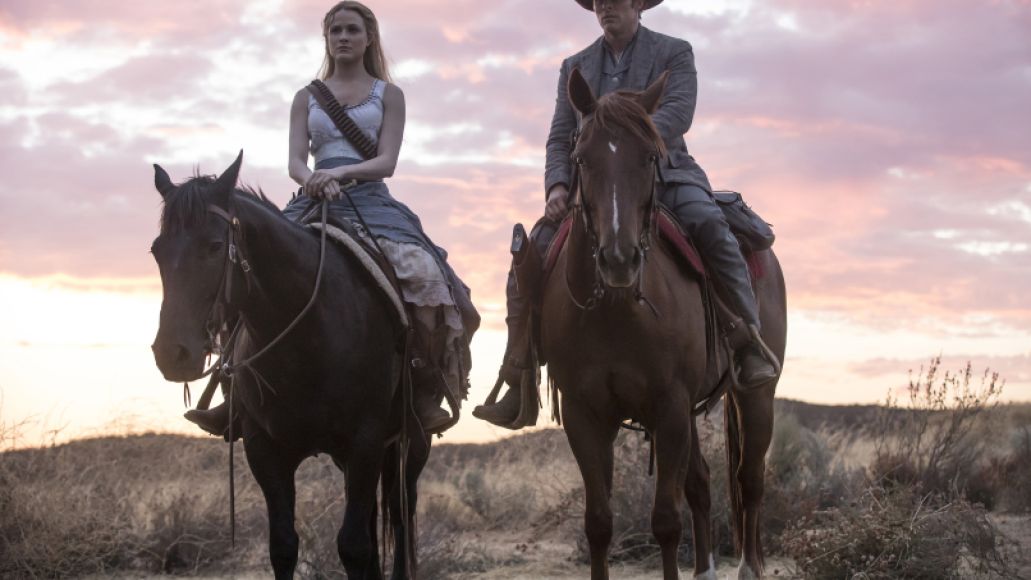 The good news? Westworld’s story has now begun. In the five episodes screened for critics, the plotting is sharp, the action propulsive, and the mysteries intriguing (and rooted in more than mere theory). With interminable Westworld architect Robert Ford (Anthony Hopkins) dead, the mental gymnastics needed to process his labyrinthian motivations are eclipsed by immediate, high-stakes threats: Dolores (Evan Rachel Wood) is leading a crew of enlightened, if mentally shattered, hosts on a killing spree of humans and hosts alike (“Not all of us deserve to make it to the valley beyond,” she says to one unlucky robot); Maeve (Thandie Newton) braves the perils of the park in pursuit of her “daughter,” adding uppity writer Lee Sizemore (Simon Quarterman) to her trigger-happy entourage of Hector (Rodrigo Santoro) and Armistice (Ingrid Bolsø Berdal); and Bernard, well, Bernard is asking a lot of questions.

“Is this now?” It’s a question that’d be stoner fodder in any other narrative. Here, however, it carries weight. After a brief, familiar sit-down with Dolores, season two’s opener, suitably titled “Journey into Night”, abruptly gives way to a flurry of disjointed images. Some we’ve seen — Dolores shooting Ford — while others we haven’t — Dolores in a modern cocktail dress, Bernard firing a machine gun. He wakes on a beach, an extraction soldier screaming at him. He’s saved by security head Ashley Stubbs (Luke Hemsworth), then introduced to Delos operative Karl Strand (Gustaf Skarsgård). It’s been nearly two weeks since Ford’s death, the cavalry’s only just arrived, and Bernard claims not to remember anything when, really, he remembers everything; he just can’t discern between whether or not what’s happening is happening now or if it’s a vision of the past. His code is either damaged or compromised.

And it’s this particular wrinkle that informs the season’s structure. Westworld’s first season operated similarly, though it did so discretely. That much of the action was unfolding on separate timelines was kept secret, which, while manipulative and mostly inessential, resonates thematically in retrospect — memory, after all, is a key factor in terms of the host’s attaining consciousness. Here, there’s no such deception: The show still hops forward and backward through time, but this time we know we’re doing so within those two bloody weeks in between Ford’s death and the arrival of the extraction team. The structure cleverly mirrors Bernard’s own mental state, which essentially finds him “unstuck in time” (the Vonnegut nods are myriad in this series). 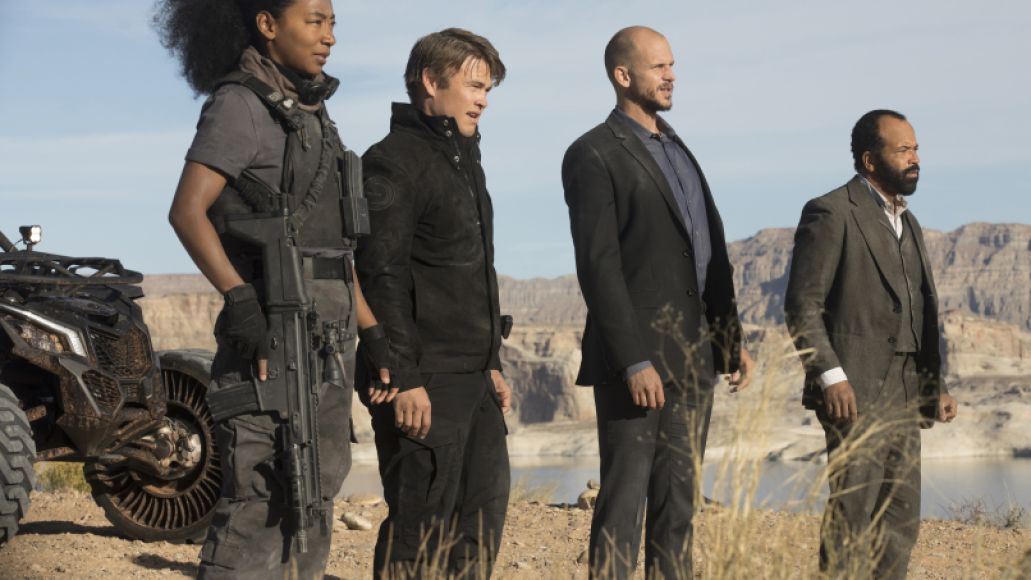 The show’s view of memory as both galvanizing and malleable also serves to investigate larger themes, namely the ways in which it not only helps form our consciousness but also our behaviors. For Dolores, the cumulative effect of her past lives and abuses lead her down a path of revenge, a means of rejecting “God” by conquering it. For Maeve, the pain of her memories is eclipsed by the bright spot at the center of them: her daughter. Season one struggled because the writers never quite succeeded at making the march towards those revelations active. Season two thrives because now there’s nothing to do but act. That’s true for Bernard, too, even if he has no discernible goal beyond wrangling his memories into something coherent. Luckily, there’s fun to be had in piecing it all together alongside Bernard, for whom those two corrupted weeks contained several twists, turns, and reunions. Bernard’s as opaque as he was when he was under Ford’s control, but at least now Wright, as a performer, has something to work towards.

The same goes for James Marsden’s Teddy Flood. Season one found Teddy evolve from evergreen hero to remorseful killer, only for that journey to prove relatively moot (and colossally disappointing) by season’s end. In season two, however, Teddy’s journey is representative of all the remaining hosts: How do you react to learning the reality of your existence, and how do you choose to process that information? Furthermore, how much does your pre-existing role inform the consciousness you develop once illuminated? Dolores and Teddy were programmed to be lovers, but does that mean the pair will have a spark outside of the narrative? And, most relevant to a white hat like Teddy: Do you have what it takes to rebel?

(Read: The Curious Career of James Marsden: A Roundtable Discussion)

Season one took a great amount of inspiration from Julian Jaynes’ theory of the bicameral mind, which posits that, once upon a time, the brain was divided into two parts: One side was operated by what humanity perceived to be a divine voice that issued orders while the other presumably existed to execute those orders. This theory, in its most basic interpretation, serves to explain the ways in which a host brain functions: One side operates independently, executing pre-determined loops, while the other contains directives from “God,” a.k.a. the programmers. Westworld’s second season shatters any such duality among the conscious, but draws thematic resonance from the concept itself. On one hand, it’s easy for those who have been repressed to seek a similar sense of control over their enemies and counterparts. On the other, those who have always been in control have become disillusioned by their own omnipotence. 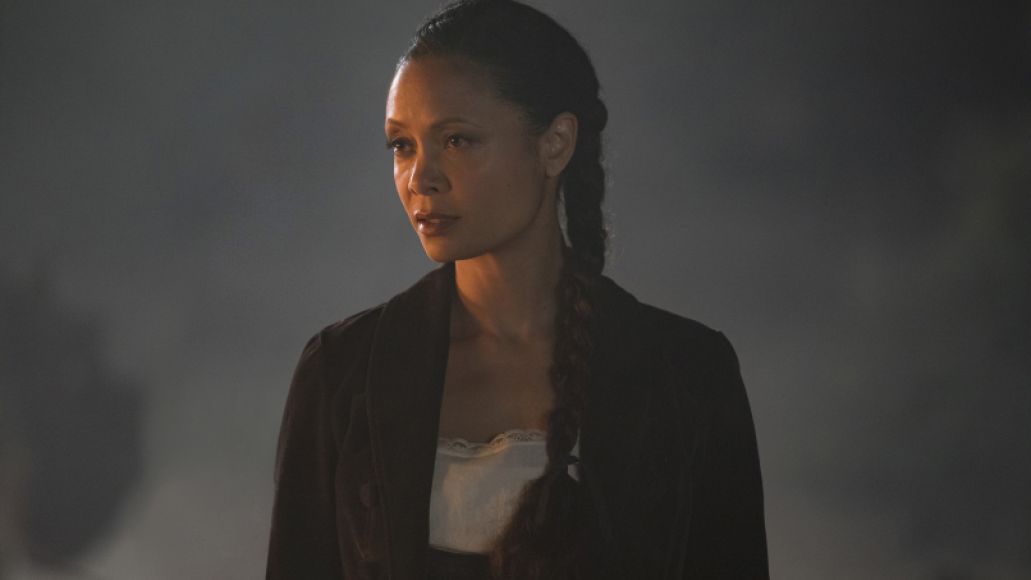 It’s that latter concept that serves to distinguish one of Westworld’s only compelling human characters: The Man in Black (Ed Harris). By finally gaining the life and death stakes he’s craved from Westworld, the character takes on a dimension that serves to fundamentally change the character in striking ways. His journey continues to feel adjacent to the Westworld itself, despite it taking place within the park, but it could very well serve to investigate the show’s fundamental distrust of humanity, which it appears to view as more or less irredeemable.

What’s clear, however, is that this season is devoted to the hosts. As it should be; they’ve suffered long enough.

Westworld's Second Season Cuts the Bullshit and Gets Down to Business