Somehow, it’s already been 16 years since Austin Powers in Goldmember hit theaters, concluded a comedy trilogy that made way  more money than most people remember, and sent Mike Myers careening off into some of Hollywood’s strangest and most unknown corners. Sure, he’s living large off all that Shrek money, but Myers has kept a fairly low profile in the years since for an actor who was one one of America’s most bankable comedy stars. Aside from a documentary outing here and the years-long failed endeavor of The Love Guru there, Myers bowed out of comedy just as his broad, schtick-heavy style began to rotate out of fashion.

But as we’ve often observed on this site, everything old is new again, and so Myers has begun to intimate that the Austin Powers brand might not be dead for good. In a recent Entertainment Tonight interview, while promoting his role in this week’s Terminal, Myers suggested a possible concept for a fourth installment: “I would love to do a movie from Dr. Evil’s perspective. So it would be Dr. Evil 1, Austin Powers 4, is how I would roll. Start the campaign, please. Thank you.”

While it’s clearly a tongue-in-cheek proposition at this stage, rumors of another Powers outing have floated around Hollywood for years now. We’re sure that New Line would love nothing more than to get some of that sweet, sweet nostalgia money coming its way, but to reiterate, it’d be fascinating to see how Myers’ impression and catchphrase-centric comic stylings would update to a studio era built on freewheeling improvisation and R-rated punchlines. He offered a possibly preview when he reprised Dr. Evil for a recent segment on The Tonight Show Starring Jimmy Fallon: 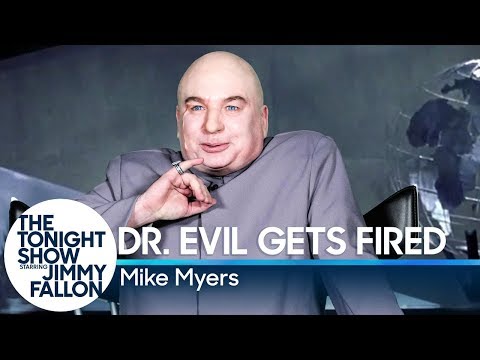 Mike Myers wants to do another Austin Powers movie from Dr. Evil's point of view