“Never tell me the odds.” Sorry, Han ol’ buddy, but the odds were stacked against your movie from the get-go. After all, the idea of watching anyone but Harrison Ford play Han Solo screamed of Bad Idea Jeans, no matter how many lines were penned by Empire Strikes Back screenwriter Lawrence Kasdan. Then came the bombshell that Phil Lord and Chris Miller were axed several months into principal photography, leading everyone to believe we had another Rogue One on our hands. And, to make matters worse, rumors began to circulate that star Alden Ehrenreich was being schooled on playing the titular character, which, by all accounts, seemed legit seeing how the guy’s more or less a no-name. Toss in a late promotional push by Lucasfilm and the fact that replacement director Ron Howard’s post-9/11 filmography is as suspect as any cantina goon … and, well, the odds of Solo: A Star Wars Story being any good was approximately 3,720 to 1.

Yet, like the jacket-loving Lothario, the movie defies all odds: Solo: A Star Wars Story is not only good, it’s the best goddamn Star Wars film released under the Mouse House. Better yet, it’s the most fun anyone has had in this far, far away galaxy since Ronald Reagan was fucking up shit across Latin America and everyone was doing coke by the bowl. Kasdan taps into his A-game — ahem, that’s A for adventurous — reliving his glory days that gave us essential popcorn flicks as iconic as 1981’s Raiders of the Lost Ark and as underrated as 1985’s Silverado. Ehrenreich is a natural charmer, resurrecting our whiplash hero to startling results in ways we haven’t seen since his darkest hours on Bespin. And Howard wakes up after a decades-long slumber in carbonite, remembering how to make a blissfully fun movie that doesn’t involve either a.) the glorious writings of author Dan Brown or b.) the whimsical fantasies of Hollywood hack Akiva Goldsman.

No, this is the first Star Wars movie in ages that “gets” Star Wars. Because really, it’s never been about lightsabers, space battles, and lavish throne rooms, it’s always been about the lingering notion that our underdog heroes might not make it out alive, that hope was truly all they had, and wit was their only way to prevail. The prequels could never find that feeling because all of its characters were powerful Jedis who were as exciting to watch as cardboard cutouts bobbing around a pond in Tallahassee. The latest round of movies have come close, but they’ve fallen short because, well, you have characters revisiting past story beats (The Force Awakens), being sidelined for asinine nostalgia (Rogue One), or becoming mass murderers and doing dumb shit like visiting imaginative cities for modern political allegories (The Last Jedi). Solo: A Star Wars Story eschews the regurgitated mumbo jumbo for a simple story about dirty rotten scoundrels.

Well, maybe simple isn’t the right word, but it’ll do. Reason being, there’s nothing complicated about Solo: A Star Wars Story. Sure, it’s a prequel with geeky references and connective tissue — some of it downright wonderful (Han Meets Chewie), some of it admittedly unnecessary (Han Meets Solo) — but it’s just a Western at the end of the day. There isn’t anything resembling a Death Star, Darth Vader doesn’t make another bullshit appearance, and you won’t hear a single maudlin speech about the Force. Instead, you get narrow escapes, unlikely losses, welcome alliances, and Jerry-rigged solutions, all with a rogues gallery of characters who never forget how far this galaxy can go. Seriously. Maybe it’s because the guy wrote Empire, which is basically one long road trip movie through blizzards, asteroid fields, swamps, and cloud cities, but you actually feel like you’re on a journey in this movie. Once those credits roll, you’re exhausted in the same way you are watching an old Indy adventure, which is a good thing.

That’s all Kasdan. Much like his work on The Force Awakens, this sucker never slows down once it leaves the Tosche Station, only you’re not seeing echoes, you’re getting something new. Yes, despite the fact that this is built around an iconic, fan-favorite character, who by all means never needed any backstory and actually thrived from being mysterious, the film winds up feeling fresher than any of its recent predecessors. This is the new Star Wars film you’re looking for, chock full of inventive, add-em-to-the-canon moments that were once relegated to LucasArts games. It’s like Larry called up his son Jonathan and said, “Hey, buddy, you still got that Nintendo 64 lying around your attic? Let’s drag that baby out,” and the two spent an entire weekend taking notes while playing Shadows of the Empire. There’s a great train robbery straight outta Ord Mantell, sexy villains akin to Prince Xizor (has Paul Bettany ever been this dashing?), and set pieces as unique as that green bastard’s elaborate palace in Imperial City.

Oh, there’s also romance. Within five minutes, Kasdan establishes that, yes, love does belong in this galaxy, something that’s been virtually obsolete in the new films, possibly out of fear that emotion might corrupt the strength of their new heroes. Not the case for Kasdan, who leans back on what he knows best and layers his heist movie with a forbidden love story that will have Michael Mann enthusiasts in a whirl. But that kind of affection isn’t strictly relegated to any one character. No, not at all: In this Star Wars movie, people are legitimately attracted to one another. For Christ’s sake, there’s sex appeal! Robots want to bone! Some might scoff, but it’s refreshing to remember why all these people are out there risking their life against the Imperials. Granted, Rose Tico (Kelly Marie Tran) made that whole speech about love at the end of The Last Jedi, but it felt like an afterthought in a sea of intermixing themes, and her kiss with Finn lacked any of the emotional weight this movie carries. 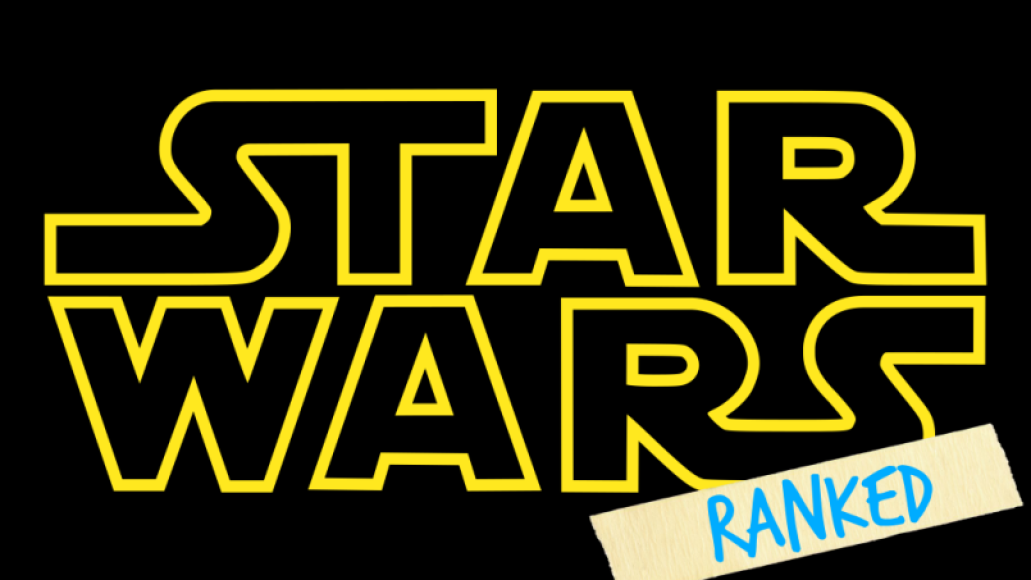 Of course, none of this would work without the movie’s production values, and that’s where we have to come around to Howard again. Look, those Robert Langdon movies are miserable moviegoing experiences, and no one is going to argue that, but let’s not forget this is a guy who not only grew up with George Lucas (see: American Graffiti), but is well aware of that classic Lucasfilm aesthetic (see: Willow). Blame it on Richie Cunningham feeling nostalgic — or, simply elated that he got offered to do a Star Wars movie that wasn’t The Phantom Menace — but his work on Solo: A Star Wars Story is a total Hail Mary for Disney. Fueled by the cinematography of the inimitable Bradford Young — not to mention, John Powell’s whimsical score — Howard’s vision is marvelous, brimming with crisp, enviable portraits that could be slapped on any dorm room wall for the next two dozen years, while also feeling at peace with this particular era of Star Wars storytelling. At some point, you start wondering, Did I just rent this from Blockbuster?

But, let’s talk more about Ehrenreich; he’s earned it. Ever since it was first announced he’d be taking on the role, the guy’s been trapped in a Sarlacc pit of ugly press, from all those aforementioned rumors of acting coaches to dickhead Redditors slapping his mug from Hail, Caesar! next to Ford’s and typing, “THIS IS HAN?!1” To be fair, some of their doubts were understandable — hey, you can read all of my vitriolic articles about the movie’s production in our expansive news archive — but it’s all been for naught. Ehrenreich doesn’t come in doing a Ford impression, he does Solo, capturing a young Corellian with a big heart and not a lick of cynicism to his name. This isn’t the shoot-first smuggler we meet in Mos Eisley, this is the guy he used to be, and he’s as lovable as a plush Ewok sold outside Star Tours. Solo: A Star Wars Story is a coming-of-age tale and Ehrenreich injects a palatable starry-eyed wonder into the performance, effectively connecting with an audience that came to love and worship Han for being such a relatable hero. That hasn’t changed; in fact, that feeling’s only grown stronger.

It helps that he’s surrounded by such an enigmatic cast, one in which characters can naturally co-exist together and stand on their own if needed. Woody Harrelson’s country-fried charisma is an organic fit for the galaxy’s seedy underbelly. As Tobias Beckett, he looks over a rag-tag team that includes both Thandie Newton’s thrifty, no-nonsense Val and Jon Favreau’s chimp-like Rio Durant. Emilia Clarke plays Qi’ra, who’s less of a Leia and more of a Marion Ravenswood (if we’re keeping it Kasdan), and her role only deepens as the story progresses. Bettany is ravishing as villain Dryden Vos, a role originally set for HBO MVP Michael K. Williams. Joonas Suotamo takes some years off Chewbacca and gives us a very spry Wookie. And yes, Donald Glover brings Lando Calrissean back into the fold, nailing the velvet cadence of Billy Dee Williams, while also adding a subtle comedic exuberance that revels in being young and on top of the galaxy. His android pal L3-37, played by Phoebe Waller-Bridge, is also a welcome addition to the Star Wars droid factory, entertaining with a personality that avoids being another 3PO and achieves a complexity that adds to the franchise’s lore in big, big ways. 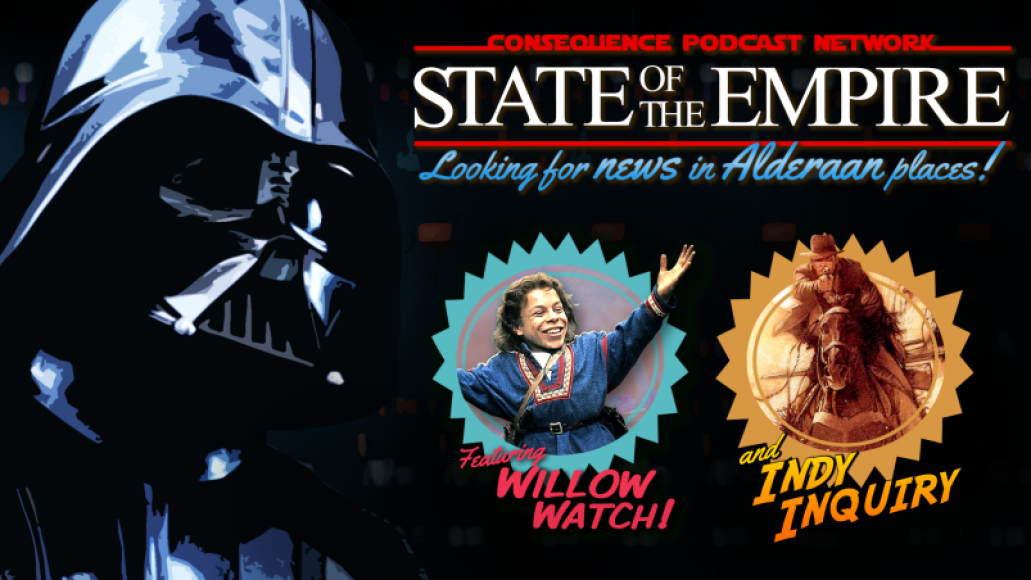 It’s funny. If you listed out all of the movies Disney planned to release in the wake of nabbing the rights to Star Wars, this would have been the one that I would have tossed to the bottom of the pile and said, “Nuh-uh.” That’s kind of poetic, though. Not to beat a dead Tauntaun, but beating the odds has always been Han’s thing — except when it involves his own bastard kid — and it’s only right that the movie would follow suit. But, it’s more than conquering the impossible; there’s something that this movie hits upon that very few others do, and again, it’s this idea that we’re having fun again. That’s not to say what goes down here lacks any severity, but it’s not as dramatic and fatalistic as Rey’s quest or Rogue One’s agenda. There are risks, there are stakes, and there are consequences, except they’re not at the behest of the galaxy. That’s a relief in the sense that things are allowed to operate on a micro level and the narrative can be a little more self contained. Whether we follow Han Solo through hyperspace for more adventures is up to Disney, but what we got here is enough to keep us coming back again and again.