You don’t have to be a mother to realize that being a mom is just about the hardest job there is – the fussy children, the lost sleep, the gradual surrendering of your independence to care for the people you brought into the world. On top of that, there’s the societal pressure to be the perfect mother, the woman effortlessly juggling school pickups and packing lunches while keeping off every ounce of baby weight. Diablo Cody understands this struggle all too well; Tully, her latest collaboration with Jason Reitman (Juno, Young Adult), brings it to life in bittersweet, authentic, and occasionally poetic ways.

If anyone knows about the exhaustion of modern motherhood, it’s Marlo (Charlize Theron), a harried mother of two with a third child on the way in Tully’s opening minutes. Even in new-mom terms, her life isn’t easy: her middle child Jonah (Asher Miles Fallica) is a fussy, emotionally struggling child in danger of being kicked out of private school, and her absent-minded husband (Ron Livingston) spends more time playing video games in bed and leaving for weeks-long business trips to help out. She’s tired and dead on her feet even before baby Mia comes along, which prompts her well-to-do brother (Mark Duplass) to offer to pay for a night nanny – a woman who would come in at night, “like a ninja,” and care for her fussy newborn so she can get some much-needed rest.

A few nights later, Tully (Mackenzie Davis) arrives, a bright-eyed and endlessly sensitive flower child whose patience and skill at fly-by-night parenting almost seems too good to be true. Within minutes of arriving, she’s settled Mia down, picked up the house, and forged an almost spiritual connection with Marlo. There’s something otherworldly about Tully, a wisdom beyond her years that allows her to anticipate Marlo’s needs and that of her kids. She’s practically an angel, descending from the heavens every night to lift the heavy load Marlo bears, allowing Marlo to address all the ways she’s neglected herself (and been neglected) in the dizzying haze of mom life.

Suddenly, through Reitman’s lens, Marlo’s life becomes a dream. As the days and weeks pass, Marlo finds herself connecting with Tully on a level that goes beyond mom/nanny and into something akin to a spirit guide. Suddenly, she has the energy to stand up to her kid’s administrators; she sings karaoke at her daughter’s birthday party; she even manages to rekindle her and her husband’s passions by fulfilling one of his quirkier sexual fantasies. This not only makes Tully the perfect night nanny, but a mirror for Marlo’s regrets about her lost youth and aging body.

Cody and Reitman are no strangers to exploring the complex emotional connections between childhood and adulthood. Juno viewed pregnancy through the lens of a young girl who isn’t ready for it, while Young Adult grappled with the nostalgia of carefree adolescence from the perspective of a failed adult. With Tully, the two tackle that next stage of life –motherhood and middle age – with the acerbic wit and understated observational comedy that are the hallmarks of their best collaborations.

Largely gone are the motor-mouthed witticisms of Cody’s earlier work – her characters’ sarcasm now comes from authentic world-weariness, a rawness that conveys the essential truths and tragedies of this painful stage of life. Reitman’s direction is understated, but assured, his focus squarely on making his ensemble work and the script sing. However, he finds time for a few moments of visual poetry, like the ritualistic beauty of Marlo’s nightly brushing of Jonah to calm him down, or her recurring dreams of mermaids.

As their muse, Theron gives a beautiful, vulnerable performance that would be more remarkable were she not so consistently daring in her choice of roles (she was just kicking ass in Atomic Blonde last year, and trading bawdy witticisms earlier this year in the otherwise forgettable Gringo).  Much has been made of the physical transformation Theron went through to play Marlo, but Tully smartly doesn’t lean on that as a cheap visual gag. On occasion, her pot belly peeks out from her tank top, or rests comically on the kitchen table in a moment of exhaustion; instead of feeling like a gimmick, it’s just a natural, unspoken signpost for the ways motherhood changes you in ways you don’t expect. Theron’s a perfect avatar for Cody’s irrepressible empathy for her subjects, wounded and loving in equal measure, and she’s hardly been more watchable.

Honestly, the biggest challenges with Tully come from the title character – in lesser hands, it would have been easy to mishandle such an unstoppable ball of quirks, but Reitman handles Tully with just the right amount of restraint and realism that she never feels phony. Or, rather, her too-good-to-be-true nature isn’t the only note Davis gets to play. Surprisingly, the character works – thanks in large part to Theron’s incredible chemistry with Davis, who’s flirtatious and airy in all the right ways.

As the film progresses, and Tully and Marlo’s relationship deepens to levels that would seemingly break the professional boundaries of mom and night nanny, Reitman and Cody commit to some bold choices it would be impossible to reveal without spoiling the film. It’s honestly difficult to say whether they truly work; one late-film decision in particular stretches its believability to near-impossible levels. All the same, there’s an emotional openness to Tully that prevents these choices from tearing the entire film asunder – an earnest desire to convey, in full or in part, the collective series of personal and emotional crises that almost all new moms go through. 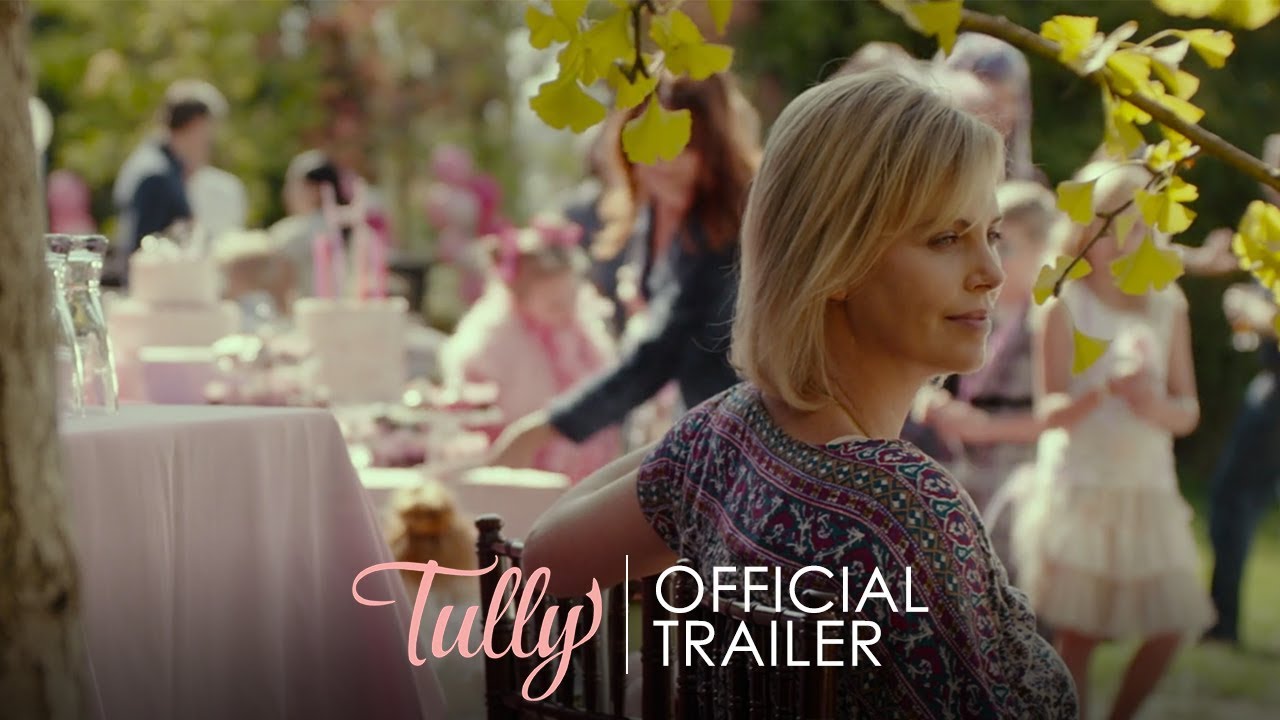