When last we saw a directorial effort from legendary Hollywood writer and director Paul Schrader, it was 2016’s Dog Eat Dog, a hyperkinetic, ultraviolent exercise in physical and verbal sadism. You might be surprised, then, to hear that his latest film, First Reformed, is a hushed contemplation on faith and desperation. Sure, things get bloody, but the true crises here are of the mind and spirit, with Ethan Hawke‘s Ernst Toller, the reverend of a small, mostly forgotten historical church, pining for the religious revolutionaries of yore while his alcoholism and and reliance on a corporate-funded megachurch slowly eat away at his soul. When troubled parishioner Mary (Amanda Seyfried) introduces Toller to her radicalized environmentalist husband (Philip Ettinger), the reverend grasps onto a purpose for reasons as urgent as they are selfish.

It’s a tremendously powerful film, one that grapples with the nature of holiness, the commodification of faith, and the intoxication of extremism while still cultivating rich, complicated performances from each of its leads. In anticipation of its release on Friday, May 18th, we spoke to Schrader about his views of modern Christianity, the film’s debt to the transcendental masterworks, and why he chose to film in the rare, square-ish 1:33 ratio.

On Evolutions in Modern Christianity

When I was growing up on the west side of Grand Rapids, I think we had six or seven churches. Now we have two, and then there’s Hillsong. One of the churches that I grew up going to now has lyrics on flat screens, and it’s an evolution. It’s really become an entertainment-based religion, and I have a problem with that, because seeing a whole mass of people repeating the same actions, to me, is not that different from a football game or a political rally. It’s not about that quiet place where the holy resides; it’s about that buzz we get from being in a group and group logic and group-think, which of course can be very dangerous.

I think getting close to the holy is like meditation. You have to slow down, you know, good things happen while you wait. You can’t do fast mediation.

On His Calvinist Upbringing

I don’t know that it impacted this film. Obviously, I didn’t have to do much research; your personal computer gets programmed pretty early on. I might say that I left Calvin in the way a bullet leaves a gun, because if you don’t leave with that much force, it’s going to bring you right back. And, so you spend a good part of your life in resistance, but of course, it’s like the last line in (Robert Bresson’s 1959 film) Pickpocket, [“What a strange way I had to take to meet you.”] And eventually the circle is completed.

On the Influences of First Reformed 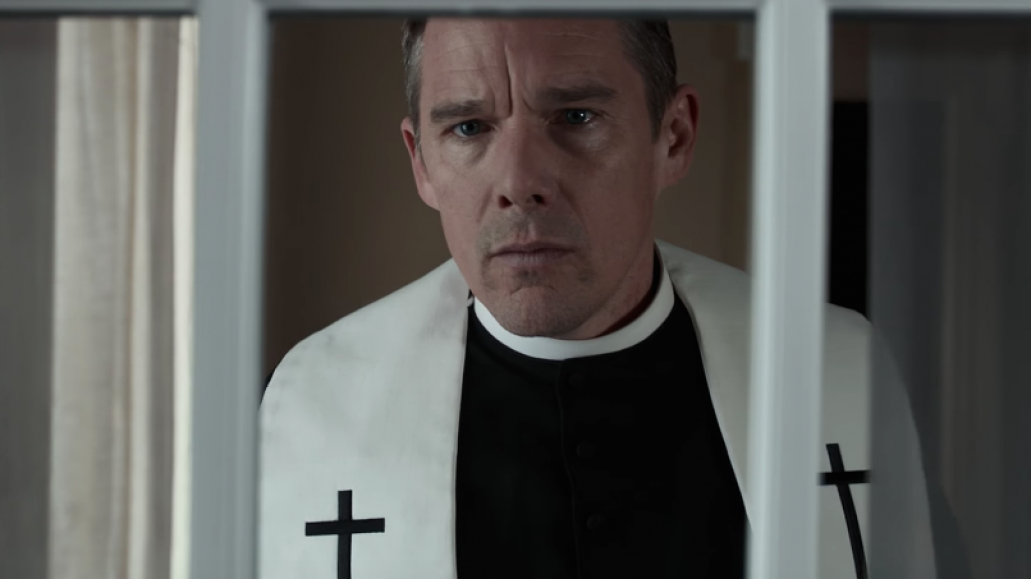 He’s a lonely man, in sickness and in death, and I think he’s not right. When Jeffers [a pastor played by Cedric the Entertainer] says to him, “God doesn’t require our suffering, he suffered for us. But you, you’re always in the Garden,” what he says is 100% right. God isn’t asking this kind of suffering; this guy is using his suffering to make himself, in a selfish way, more important.

[Toller] has a military background and he had a purpose then. Now he doesn’t and now this boy comes along who has a virus and he catches the virus, and now he has a purpose. That purpose [the film’s view of radical environmentalism] is a mantle of importance that he can wrap around himself. 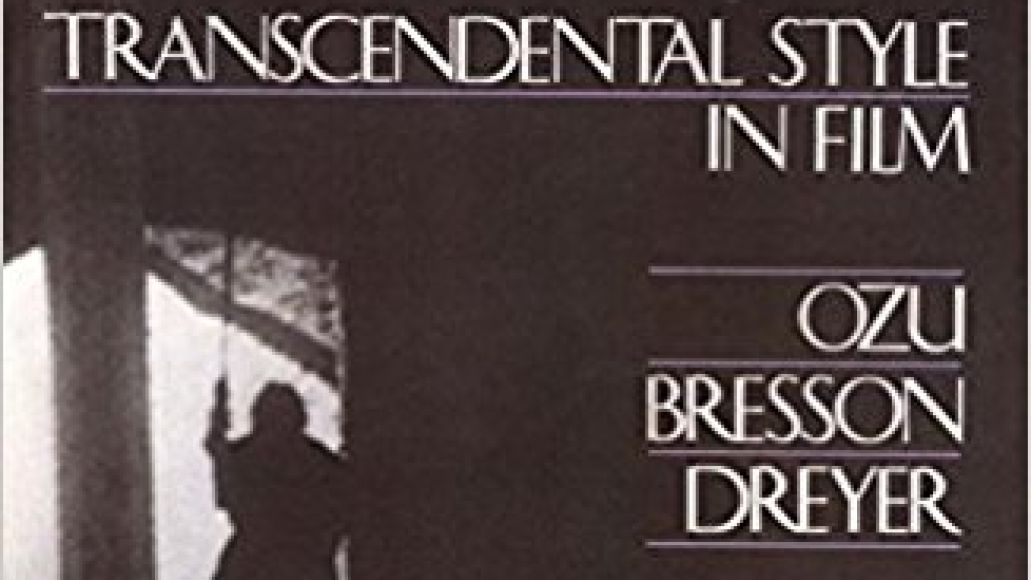 Well, I was in the middle of rewriting it at the same time! So, I was coming to understand it more, and just the need to watch all that slow cinema. I probably wouldn’t have watched so much slow cinema if I wasn’t also writing the book. But when you start watching it, of course you see things — there’s a fertile period when you’re in pre-production, everything ends up in your movie, you’re in a coffee shop and you hear a conversation, you’re in a museum and you see a visual, you’re just wide open, you’re just one big petri dish, and everything just shoots right into there.

But it is, obviously, a small group of films, because when you make films this way, you are cutting across the grain of film itself. Film is full of action and empathy — you see an object and you empathize and the object moves and all that. So, to go against that, you have to slow people down, and then it becomes very problematic, because at what point are you using boredom as a precise tool, or are you just being boring? And so you’re convincing the audience “I’m boring you now,” but you understand that if you stay here, it will be worth it.

Richard Linklater saw the film at South by Southwest, and he said to Ethan: “Nobody’s made this film in 60 years!”

On His Decision to Shoot in the 1:33 Academy Ratio 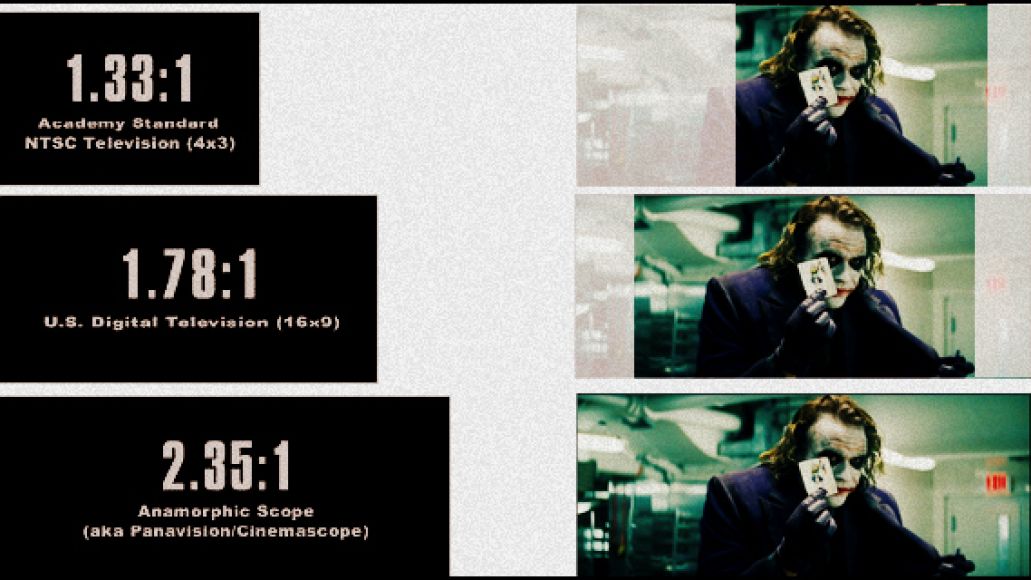 Well, because we had started talking about Ida, I thought, “Well, I’ll do that.” I’ll use that formula in black and white, but I had delivery requirements where I had to use color, but I made it as close to black and white as I could. It’s about less and less. Less editing, less clutter in the composition, less music. Taking things away from you, taking the edges of the frame from you. I’m not going to tilt or pan. People are so used to little hints to adjust, but when we’re talking and he walks out the edge of the frame, he’s gone!

When you start withholding things, people become a little uncomfortable, and out of that discomfort, out of that disparity, you can start to weave another reality, and start to make them identify with someone that they don’t consider worthy of identification. And the moment that happens, you’ve cracked their brain right open because you’ve taken them to a place they don’t quite understand. And you can’t even predict how they will react, but you know that you’ve done something.