Consequence of Sound has been sending journalists to Primavera Sound in Barcelona for several years now. And like famous explorers of old, they return from their voyage abroad with fabulous tales — in this case, of the perfect music festival: ambitious lineups with unique gets from top to bottom, an idyllic setting, and the camaraderie felt among music fans gathering from around the world. About the worst thing our reporters have ever had to say about Primavera is that sometimes there are too many must-see acts. Talk about a good problem to have.

That said, this year’s lineup is so stacked that there were bound to be a couple difficult decisions for festivalgoers. Luckily, longtime CoS ally Steven Arroyo is attending this weekend’s festivities and has all the info you need to make some truly tough choices.

Nick Cave and the Bad Seeds vs. Fever Ray 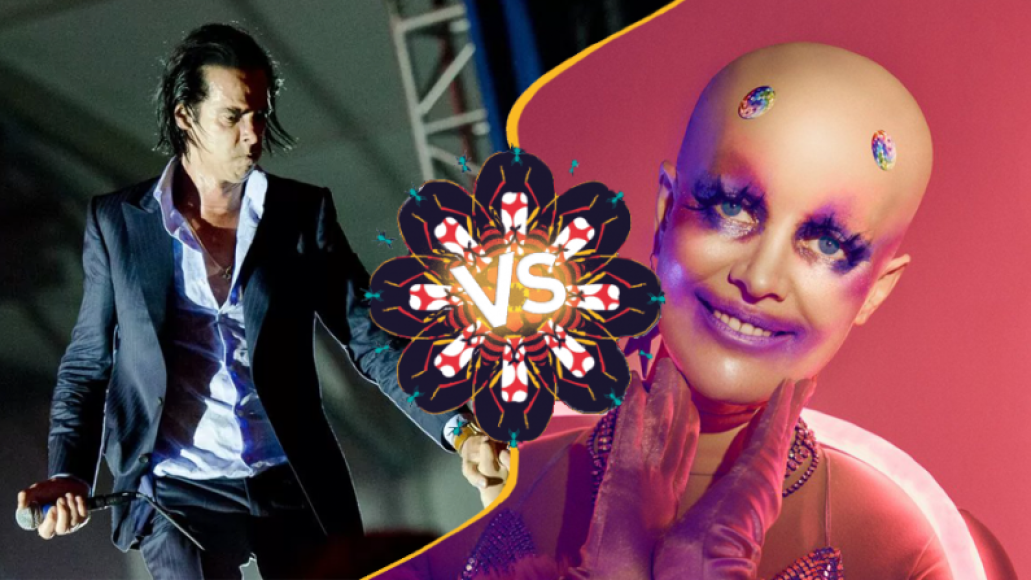 Thursday, 11:40 p.m. – Nick Cave and Fever Ray’s Karen Dreijer (formerly of Swedish experimental synth-pop duo The Knife) are legends of envelope-pushing live performance, and at midnight on Thursday, both are sure to beckon their audiences to some memorably uncomfortable places. Fever Ray (who used to regularly cover Nick Cave and the Bad Seeds’ “Stranger Than Kindness”) is supporting last year’s widely lauded comeback full-length, Plunge, while Cave and co. will draw from albums across their 35-year run, including their raw 2016 LP, Skeleton Tree.

Our Pick: There’s no telling exactly what Cave’s future touring plans entail, but even less telling with the notoriously secretive Dreijer, whose current Fever Ray shows are her first in eight years. See Fever Ray while you know you can.

Thundercat vs. Migos vs. Ibeyi 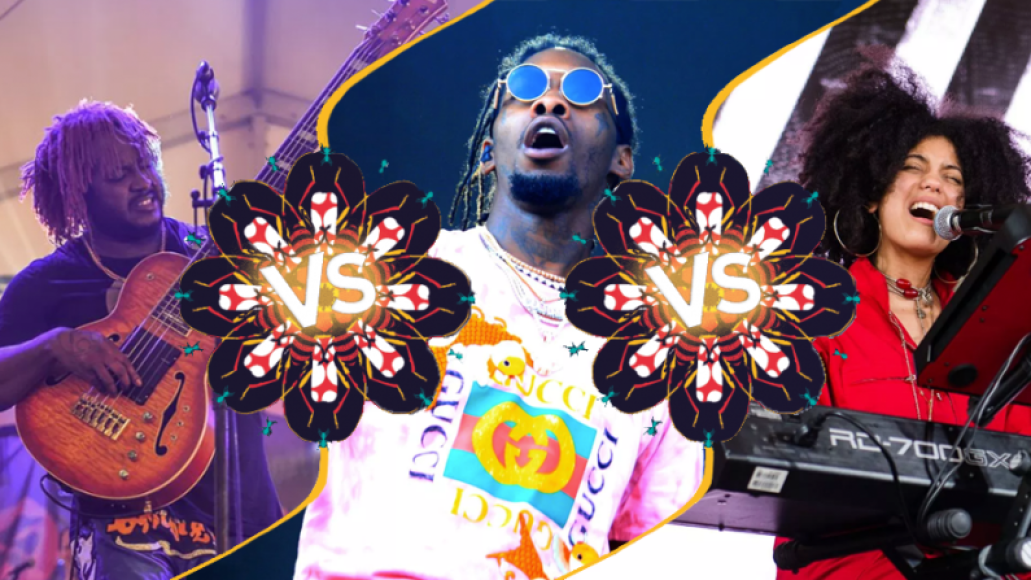 Friday, 10:35 p.m. – Migos and Thundercat are both at the tops of their games and on the front lines of their scenes. The Atlanta hip-hop trio have enjoyed worldwide attention coinciding with the releases of Culture and Culture II within a year of each other, while bass virtuoso and singer Thundercat might still be Drunk off of the great reception last year to his third studio album. Meanwhile, the fast-rising French duo known as Ibeyi (singers Naomi and Lisa-Kainde Diaz, also twin sisters) will bring electronic mystery with intercontinental influence.

Our Pick: Migos’ iron might be a little too hot right now for the good of the concert experience. Expect them to draw a huge turnout, cutting into those of conflicting sets, and take advantage with the most experienced of the three, Thundercat. 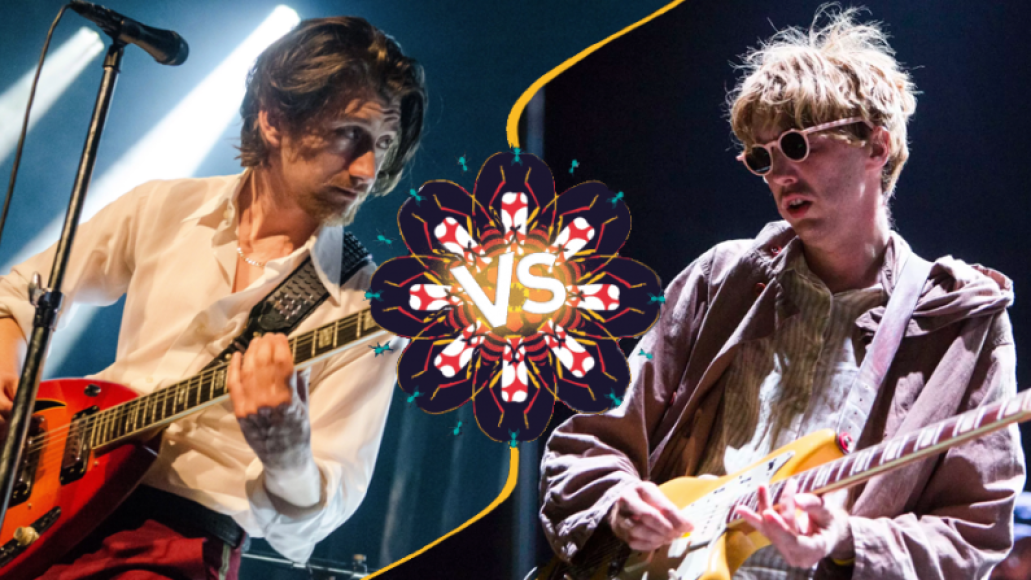 Saturday, 11:50 p.m. – Two long-established, can’t-miss modern rock acts (for very different reasons), Bradford Cox’s Deerhunter and Alex Turner’s Arctic Monkeys will perform prime-time sets opposite each other. Technically, both bands put out an album of new, original material this month. But while Arctic Monkeys gave a more traditional release treatment to their sixth LP, Tranquility Base Hotel + Casino, Deerhunter’s Double Dream of Spring was a tour-only cassette limited to 300 copies that sold out in minutes at a single Brooklyn show — though they’ve also been playing new songs expected to appear on a forthcoming, formal album.

Our Pick: The more risk-averse might opt to check out the live interpretations of new songs they’ve actually heard, but we’ll take our chances on Deerhunter. 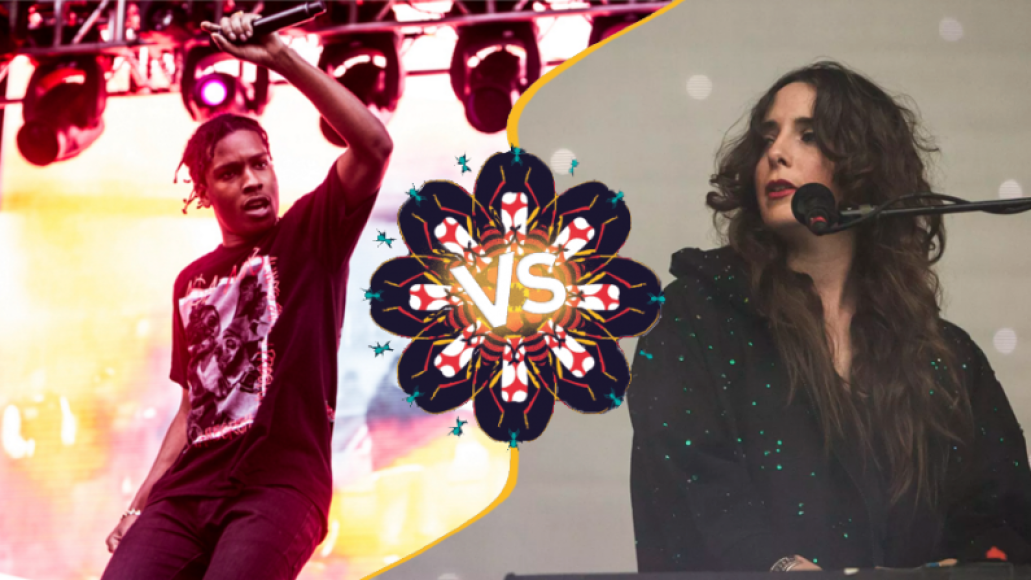 Saturday night, 1:30 a.m. – Rapper A$AP Rocky and dream-pop duo Beach House will both arrive at Primavera ready to back a brand-new album not even a month old — or, in Rocky’s case, not even a week. Their conflicting late-night sets should make for an amusingly extreme hard/soft contrast in sound and energy, but also a brutal choice for those who appreciate the best kind of both sides.

Our Pick: This one comes down to timing. “Pay No Mind” at two in the morning will be dreamy, but maybe a little too dreamy if you’re hoping to sustain energy through a 70-minute set at that hour. Catch Rocky testing out material from Testing. 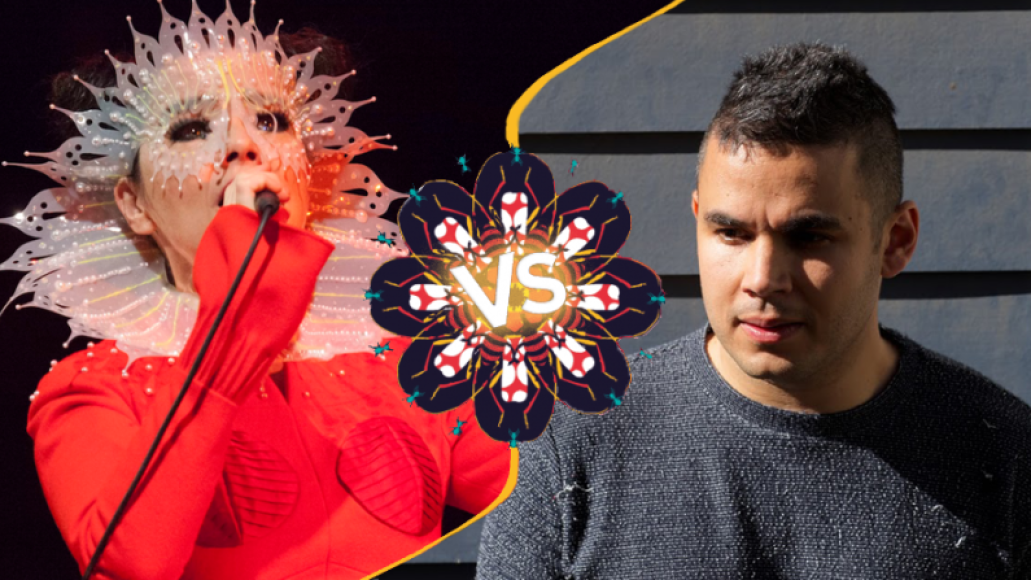 Thursday, 10:00 p.m. – Now over 40 years into her career, Björk is still going strong, and her performance remains a lock for aural and visual wonder of unparalleled peculiarity. But if you prefer something easier to latch on to, a surefire dose of sunlit melody, the producer, multi-instrumentalist, and singer Rostam will be offering songs from his recent solo debut, Half-Light, and quite possibly a cover of Nick Drake’s iconic “Pink Moon” at the same time.

Our Pick: It takes an ace to truly rival any Björk set, and Rostam, as a solo artist, hasn’t gotten there yet (but ask again in three years).