Our new music feature Track by Track gives an artists the opportunity to delve into the stories of each song on their newest release.

Promising young talent Ric Wilson grew up refining his songwriting skills and flow with the Young Chicago Authors, a storytelling and poetry organization known for propelling the careers of Chance the Rapper, Vic Mensa, Jamila Woods, and former Artist of the Month Saba. While his pedigree is already promising, Wilson is intent on making it on his own based on the power of his own unique voice.

Chi-town fans initially heard Wilson’s potential on his two 2016 releases, The Sun is Out and Soul Bounce. Now, a more fully formed Wilson is on display on his brand new EP, BANBA. Out today through Innovative Leisure, once the home of BadBadNotGood and Rhye, the six-track effort blends rap and groovy jazz — a nod to his love of Kendrick Lamar — as well as rakes through taut and tough truths. He wavers between uplift and struggle on lead single “Split” (featuring Sen Morimoto). Then on “Sinner”, Wilson reflects on the uphill battle that is self-improvement, accompanied by fellow local rapper Kweku Collins. “No one’s perfect,” Wilson says of the track. “We’re all a shit show, trying to be better people everyday.” (Amen to that.)

Stream the entirety of BANBA below via Apple Music or Spotify.

For more background on the EP, Wilson has dissected each and every one of its tracks for Consequence of Sound.

“Banba”:
It’s the title track. It’s another track about me being black and colorful. I feel like a black hero when I’m on this beat. Kind of similar to this Hebru Brantley painting of Black Wolverine.

“Kiddie Cocktail (feat. Erica Rene & Deme Truest)”:
Was something made from scratch with me and Bedows. Hirsh added drums. It’s my favorite off the project. It’s super majestic with Erica and Deme singing and Seamus Masterson on the violin and Trumpet by Sam Veren. Saying things that are in my head when I’m in industry settings that I contemplate saying or not. The track feels like a kiddie cocktail drink.

“Sinner (feat. Kweku Collins, Nick Kosma, & Rane Raps)”:
“Sinner” is about trying to be a better person everyday and fighting inner demons. The hook is impeccable and is written and performed Nick Kosma. 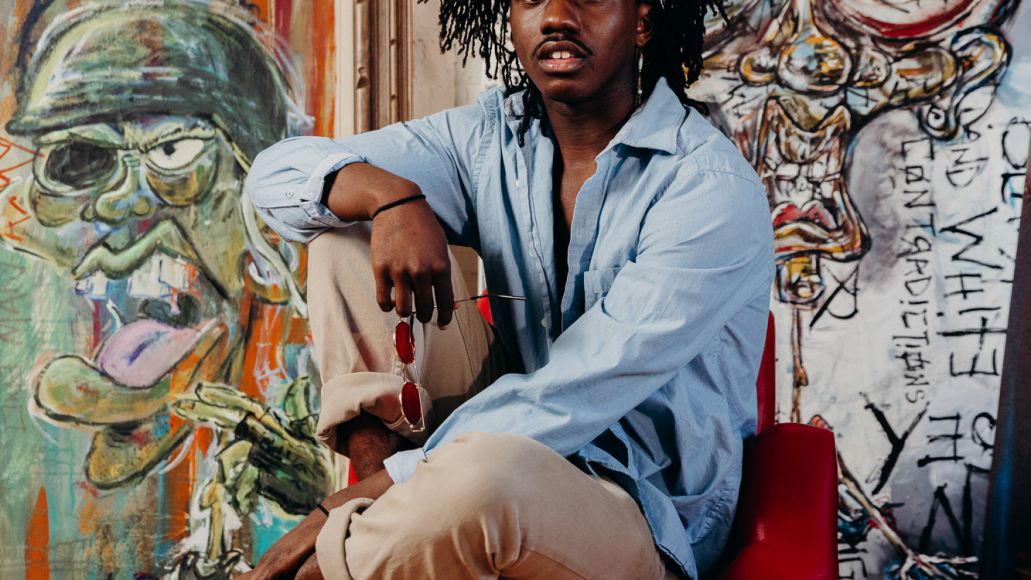 “Love Away”:
Was inspired by some of my friend’s relationships. I felt like I had a lot of friends who were in failing relationships at that time. Also makes me think about breakups I’ve had. It’s hopeful break interlude produced by Niko The Great with cool horns by Sam.

“Don’t Rush (feat. Patrick Pryor)”:
Is a note to myself that all things will happen in due time. Often times we watch these and think chances of success have an expiration date but it’s doesn’t. A track produced by Patrick Pryor with him on the hook is just the beginning of all the stuff me and my good friend are making.

“Split (feat. Sen Morimoto)”:
Is about a recent relationship I was just in. When I was writing BANBA I was in-between a messy breakup and falling in love with someone new. I was also in-between taking music more seriously and having less time to be a community organizer/activist. This song is just about being young and in-between all the changes life brings us thru and too.