KAABOO Del Mar is already one of the hottest festival tickets in the country, and now the festival’s organizers are heating things up in the Caribbean. Next year, they’ll be expanding their reach by launching the first-ever KAABOO Cayman. Taking place February 15th and 16th, 2019, the new destination event will be held along the gorgeous Seven Mile Beach in Grand Cayman. But it’s not just the setting that’s going to make this fest standout.

The lineup for the inaugural addition spans generations of hits. The Chainsmokers and Duran Duran serve as headliners, topping a bill that also features Flo Rida, Blondie,​ +Live+, Margo Price, Sean Paul, Shaggy,​ Salt-N-Pepa ft DJ Spinderella, Blues Traveler​, Los Lobos​, and more. For a bit of Caribbean flavor, a number of local acts will be added to the festivities in the coming months.

And KAABOO isn’t just bringing the best in music to the Caymans Islands, as they’ve also put together one of the most impressive comedy bills you’ll find anywhere in the world. Wanda Sykes, David Spade, Jenny Slate, Alonzo Bodden, Natasha Leggero, Darrell Hammond, and — get this — Tom Green will all perform on the HUMOR ME stage.

There’s nothing like taking a tropical vacation with your friends, favorite musicians, and top comedians, so we’re going to help you pack your bags. We’re giving away four (4) GA passes to KAABOO Cayman 2019. To enter, simply fill out the widget below. 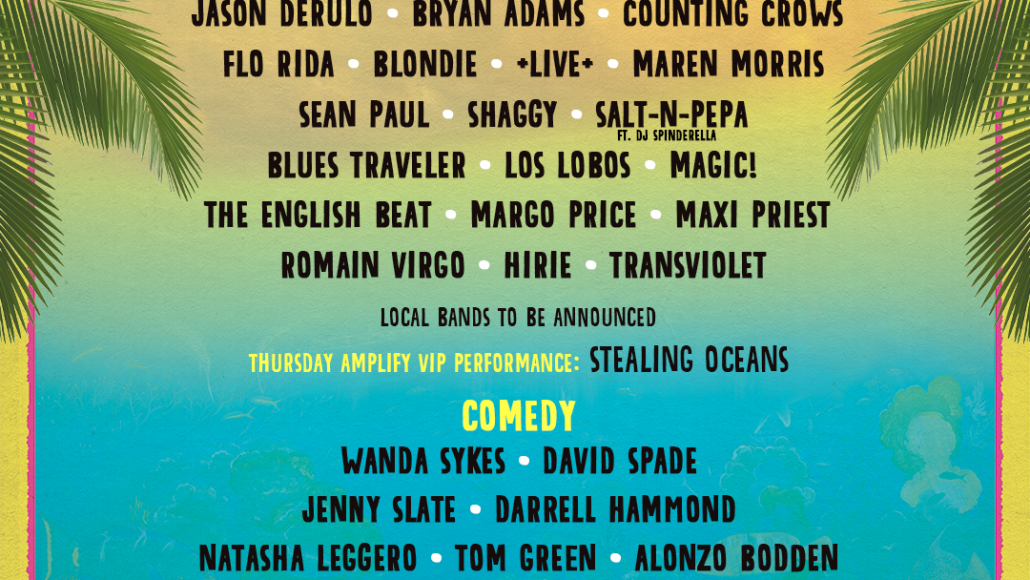