After a winter that felt like it would last forever, we’ve skipped right over spring and into a summer that promises to heat up on all fronts. For fans of music, that means the biggest albums of the year dropping left and right, a handful of jams vying to be dubbed the “song of the summer,” and, of course, the pinnacle time of the year for live music lovers.

For many, live music in the summer means jetting or vanning around the country (or world) to sample the wide range of musical festivals out there and the unique experiences they have to offer. But don’t fret if you’re more of a homebody, low on funds, or just not the type of person to trek out to the middle of nowhere to catch a fest. Summer, like always, has you covered.

Whether you’re most comfortable head banging in a dingy club, taking in a major production with all the bells and whistles, or simply laying on a lawn and staring up at the stars while the band plays on, a great show will be in your neighborhood soon. Here are the 30 hottest tours of the summer.

We’ll save you a seat. 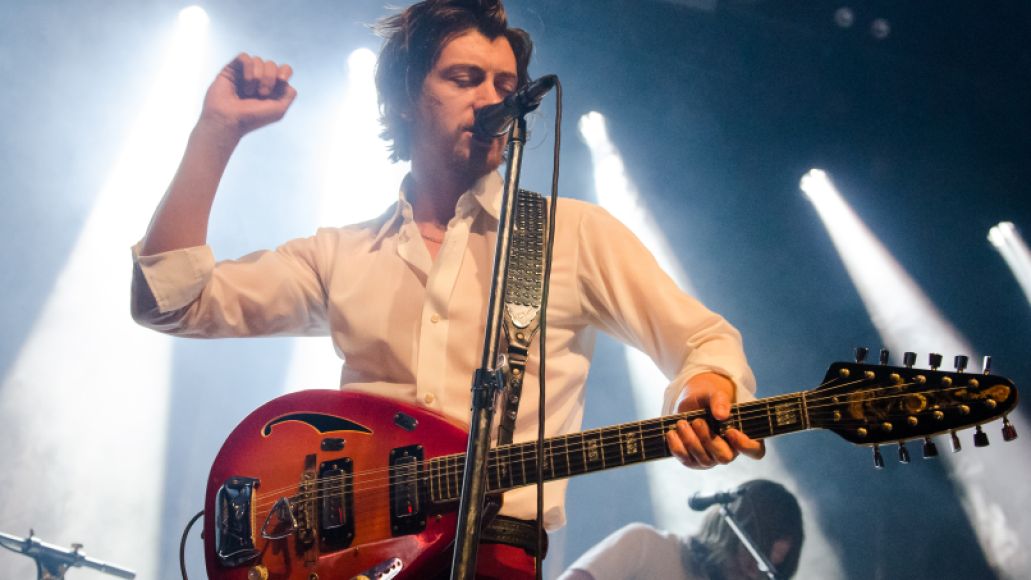 Nobody said it would be easy for Americans to catch the Arctic Monkeys this year. With their new album, Tranquility Base Hotel & Casino, out and turning heads, Alex Turner and co. will be ping-ponging back and forth between continents all summer long for US stints, European festivals, hometown shows, and any other type of appearance you can think of. The moral of this touring schedule: If they’re going to be playing near you this summer, don’t be a bloody fool and miss it. –Regan Bexler 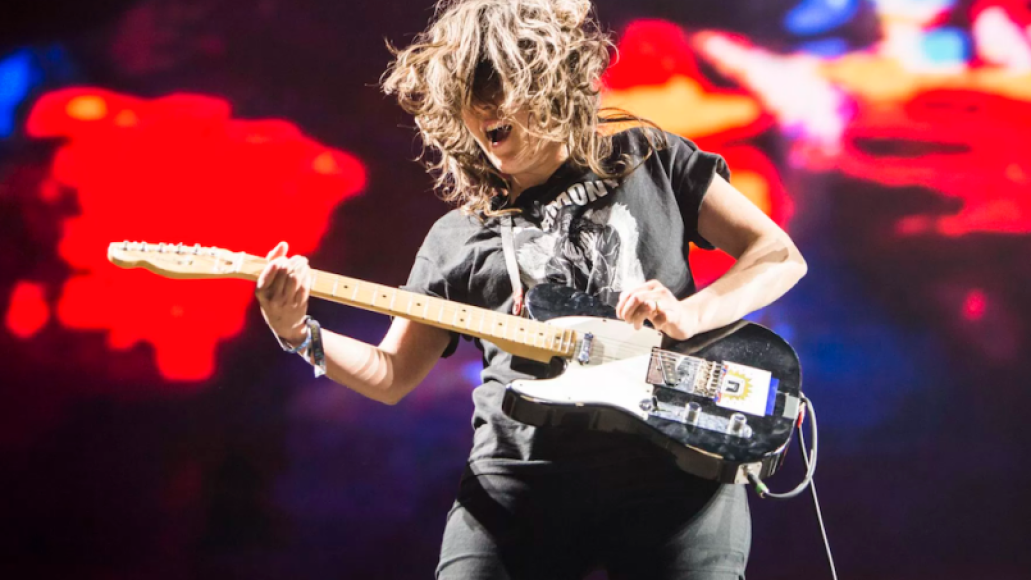 After mapping out a run of intimate US shows for May in support of her celebrated new album, Tell Me How You Really Feel, Aussie guitar-slinger Courtney Barnett has added a new leg of North American tour dates that span the month of July. The trek comes after a brief stint over in Europe and includes stops in Toronto, Louisville, Minneapolis, Brooklyn, and Kansas City. Barnett will be joined by a variety of shouldn’t-miss opening acts, such as Jay Som, Big Thief, Julien Baker, Palehound, and Vagabon, among others. If you miss her on this leg, she’ll be returning to the States in early September with Waxahatchee after a string of August shows back home in Australia and neighboring New Zealand. –Lake Schatz 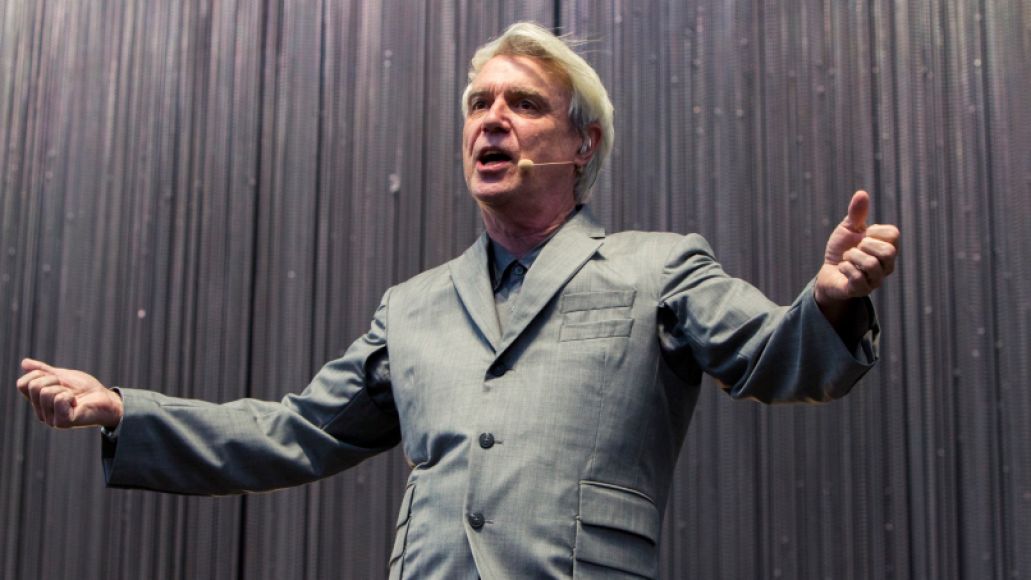 David Byrne knew early on that his 2018 tour supporting American Utopia would be a once-in-a-lifetime experience. In a statement posted via BrooklynVegan, back in December, the ex-Talking Head called the forthcoming tour “the most ambitious show I’ve done since the shows that were filmed for Stop Making Sense.”

“I had an idea that everyone in the band might be mobile… so there would be no risers, drum platform or any of that stuff,” he explained. “With everyone mobile, I realized the stage could be completely clear. If we could have the monitors in our ears, the amps off-stage and the lights up high, then we had the possibility of a completely empty space.”

And Americans will have plenty of opportunities to see that remarkable vision come to life. Already off and running, Byrne will continue to swing through the states during the first 10 days of June before heading overseas. But don’t fret. If you missed his first American leg, he’ll return in late July and play shows across North American right into early October. –Alex Young 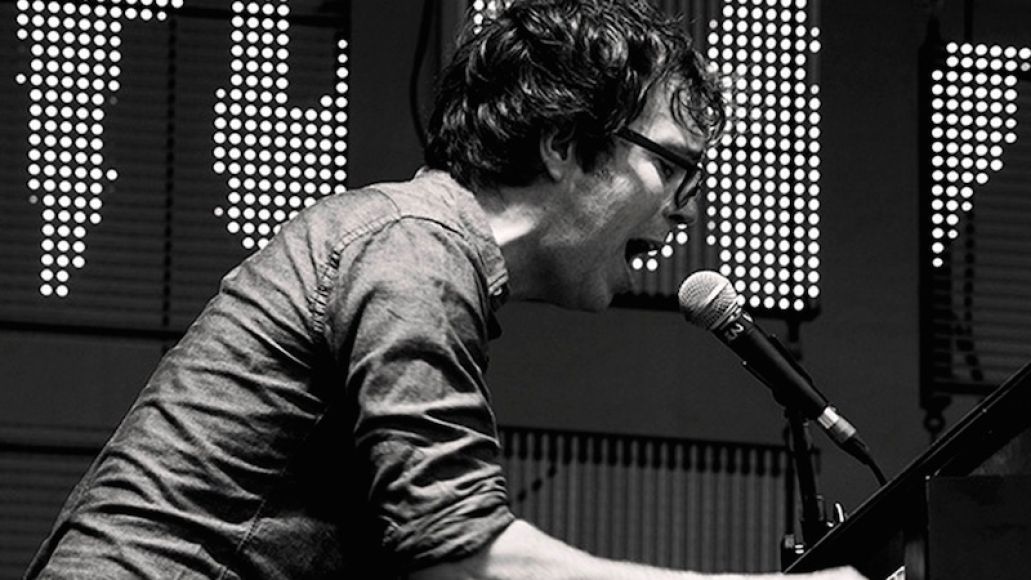 Alternative rock veterans Cake and Ben Folds will team up for a co-headlining tour this summer. The eight-date outing kicks off August 16th in Philadelphia and also includes stops at the Forest Hills Stadium in Forest Hills, New York; the Merriweather Post Pavilion in Columbia, Maryland; and the BMO Harris Bank Center in Milwaukee, Wisconsin. If you’re willing to go the distance, you can have your Cake and Ben Folds, too. –Alex Young 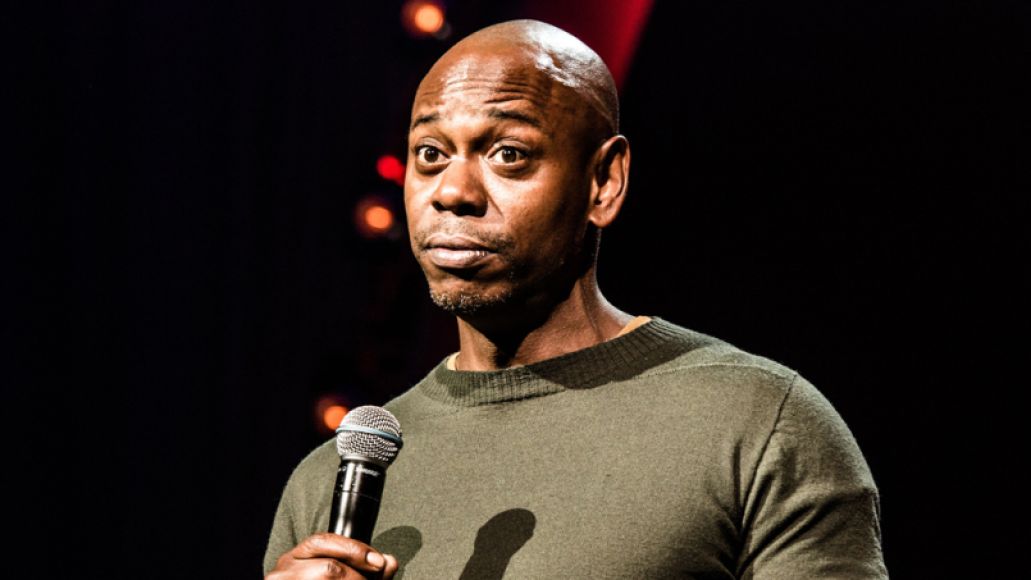 Dave Chappelle and Jon Stewart will share the stage for a series of co-headlining dates this June. As of now, the comedy legends are due to play 11 shows together starting June 11th in Boston. The itinerary also includes dates in Houston and El Paso, Texas. Last year, Stewart struck a deal with HBO for his first stand-up special in 21 years. Chappelle, meanwhile, continues to churn out specials as part of his massive deal with Netflix. Don’t miss this chance to see Stewart out from behind a desk and Chappelle doing what he does best. –Alex Young 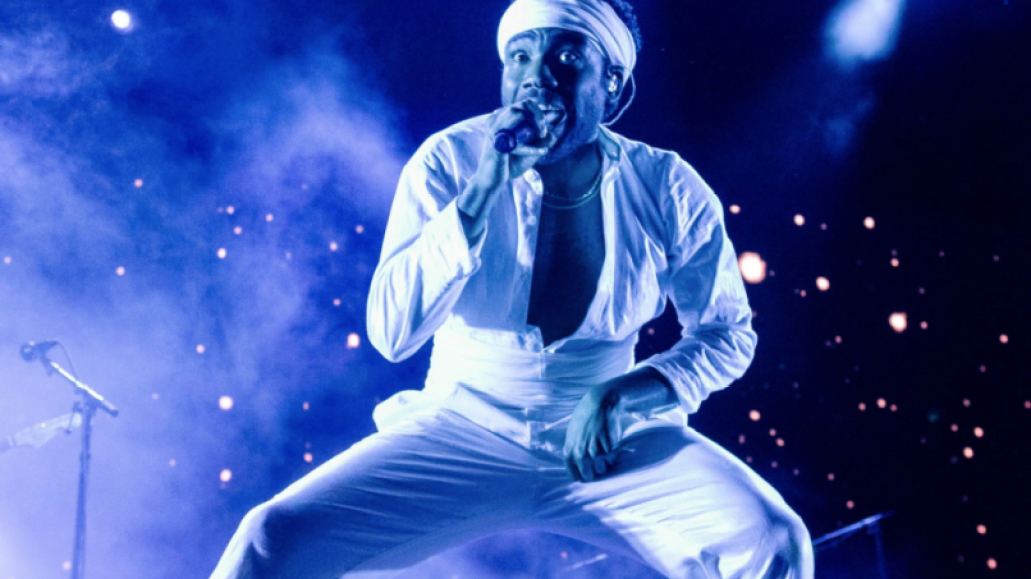 Donald Glover has spent the last few months cooped up on production sets filming movies, including Disney’s Han Solo anthology film and live-action remake of The Lion King in addition to the second season of his acclaimed FX series, Atlanta. Come September, however, Glover will get a chance to stretch his legs as he’ll head out on the road to perform a series of concerts as his hip-hop alter ego, Childish Gambino. Kicking off September 6th in Atlanta, the 19-date tour includes massive gigs at Madison Square Garden in NYC, Chicago’s United Center, and the Forum in Los Angeles. Accompanying Glover for each of the September dates will be hip-hop duo Rae Sremmurd. The “This Is America” Tour picks up again in October with Vince Staples opening. –Lake Schatz 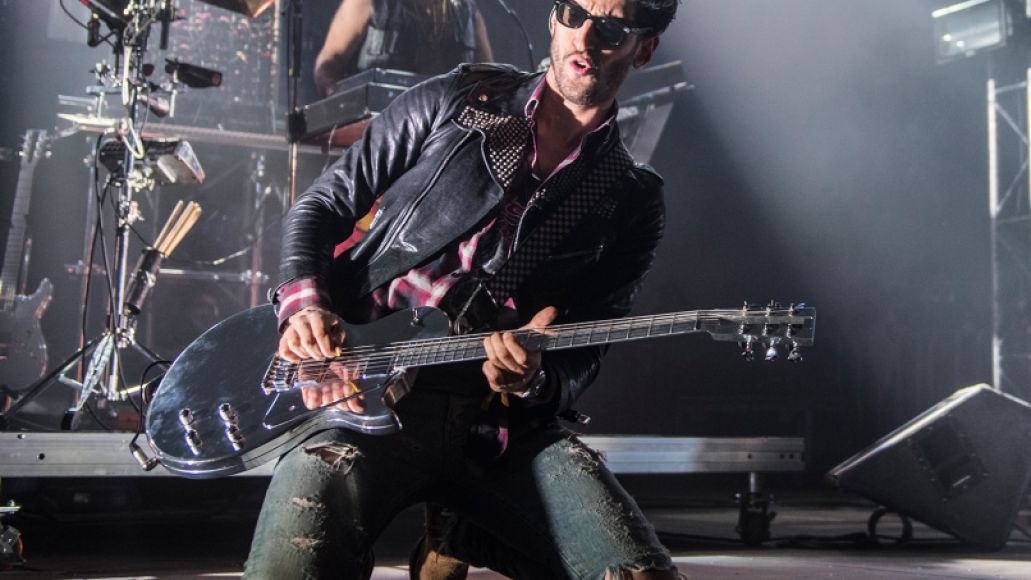 We’re less than two weeks away from Chromeo dropping Head Over Heels, their guest-studded follow-up to 2014’s White Women. And with a new album in tow, the Funky Lordz will keep their tour, which began in April and consumed most of May, going right through June and parts of July, August, and September, bouncing between solo shows and festival dates. Don’t miss your chance to get seduced by the latest from Dave 1 and P-Thugg. –Randall Colburn 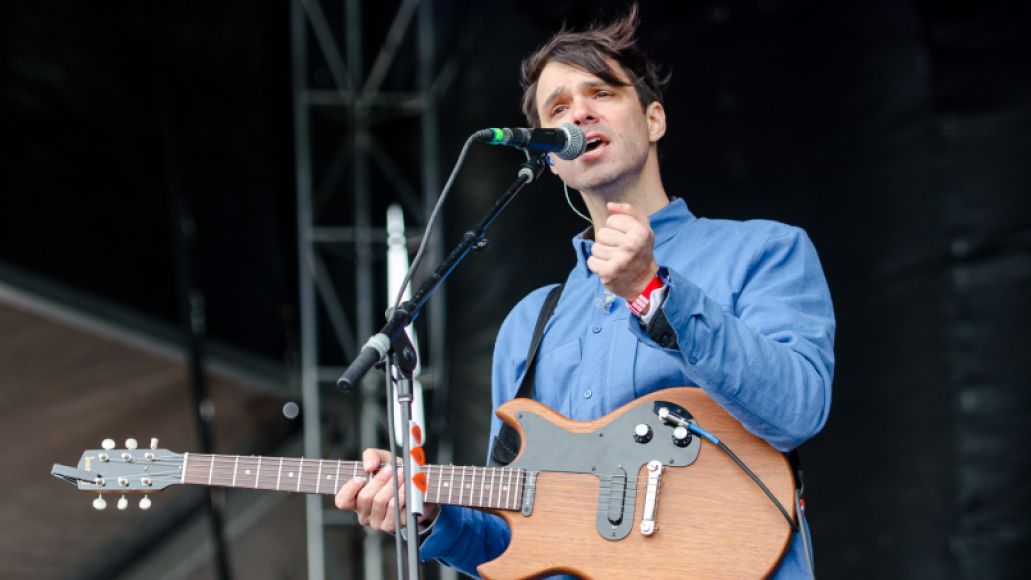 Save for a few one-off shows, Dirty Projectors didn’t actually tour behind last year’s self-titled album. Perhaps Dave Longstreth was just waiting to put together the right touring party, something he seems to have accomplished as the band have revealed a full schedule for this summer. After performing at Arizona’s FORM Arcosanti, Dirty Projector’s proper tour kicked off May 12th in San Diego, California. They have played or will play venues in Nashville, Chicago, Los Angeles, and Portland, as well as festivals like Boston Calling, Governors Ball, and Sled Island. The North American leg wraps June 30th in Houston, Texas, after which the band will head to Japan and Europe for a number of concerts. So, unless you plan on hopping a boat or plane, make sure you catch them in June. –Ben Kaye 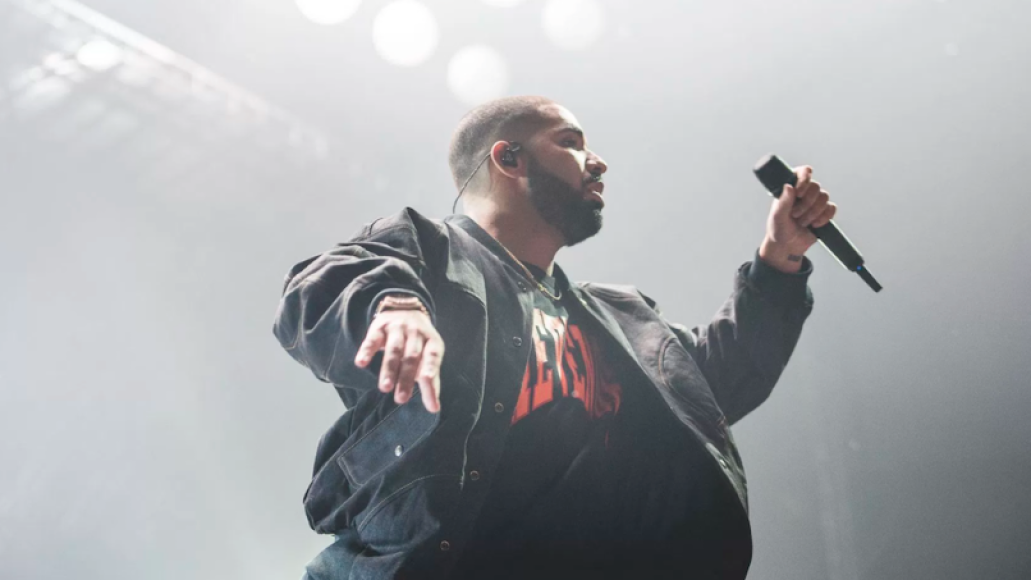 Drake has been promising to release his new album, Scorpion., any time now. In anticipation, he’s mapped out a gigantic North America tour with fellow hip-hop titans Migos. The aptly titled “Aubrey and the Three Amigos Tour” kicks off July 26th in Salt Lake City. Spanning over 40 dates, the tour includes multiple nights in Drizzy’s hometown of Toronto, Chicago, Boston, Miami, and Houston. They’ll also play four nights (!) in both New York City and Los Angeles before wrapping things up with a pair of shows in Migos’ hometown of Atlanta in mid-November. –Alex Young

Echo and the Bunnymen and Violent Femmes 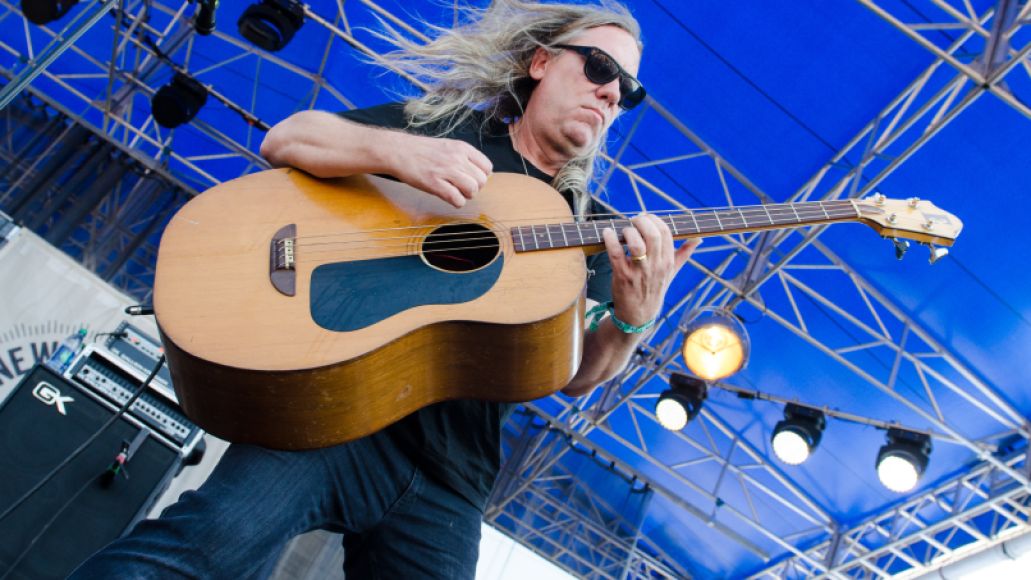 Last summer, post-punk legends Echo & the Bunnymen and reunited alt-rockers Violent Femmes combined forces on a North American co-headlining tour. The two acts enjoyed hitting the road together so much they’re planning to do it again this July. The 11-date itinerary will see Echo & the Bunnymen and Violent Femmes perform in cities like San Antonio, Houston, Nashville, Lake Buena Vista, and Washington, DC. According to a press statement, the pair will take turns closing out alternate shows. –Lake Schatz