It’s not every day an all-time great takes its final bow. That makes The Americans the undisputed biggest story of the month — or it would, if this weren’t also the month in which Atlanta wrapped up its daring second season and the month in which BBC America’s Killing Eve ended its first season as a critical darling doing insane numbers. That all three concluded within weeks of each other is, frankly, nuts. In short, in the world of TV, May was fucking amazing.

Episodes of the Month: Killing Eve, “God I’m Tired” and The Americans, “START” 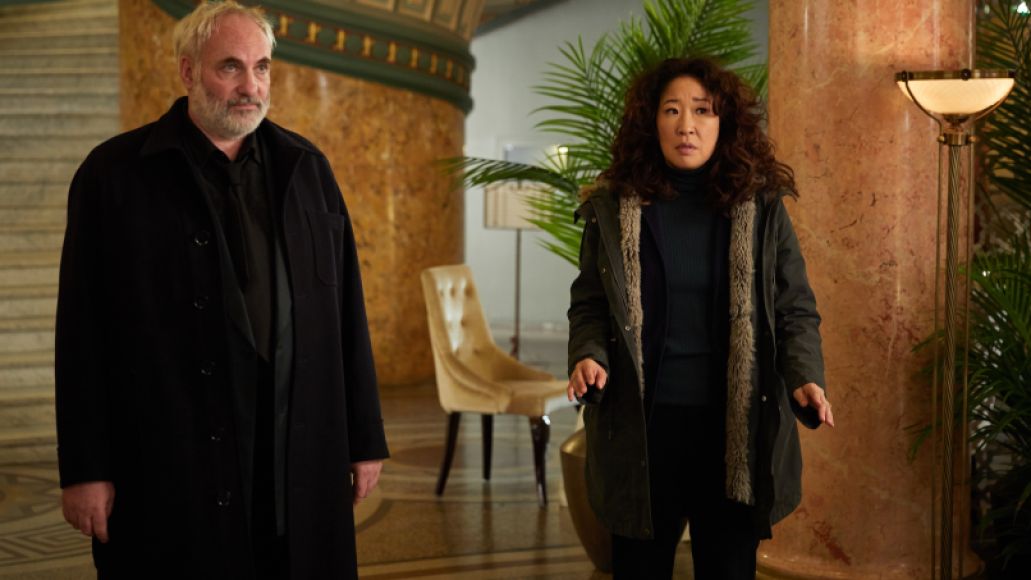 We’ve already written and said a lot about Killing Eve‘s surprising finale, so I’ll keep this brief. This is an episode so good that you could cut it down to just one story line — the adventures of Villanelle and Irina, multilingual purse thieves and expert shouters — and it would still be among the best episodes of the month. Yet that perfect little thread would be missing some of the best stuff “God I’m Tired” has to offer: Carolyn’s trashed room, Eve and Konstantin laughing in the car, and of course, the final act, when Eve suddenly makes it to Villanelle’s gorgeous flat, complete with a fridge full of nothing but champagne. How is that possible? 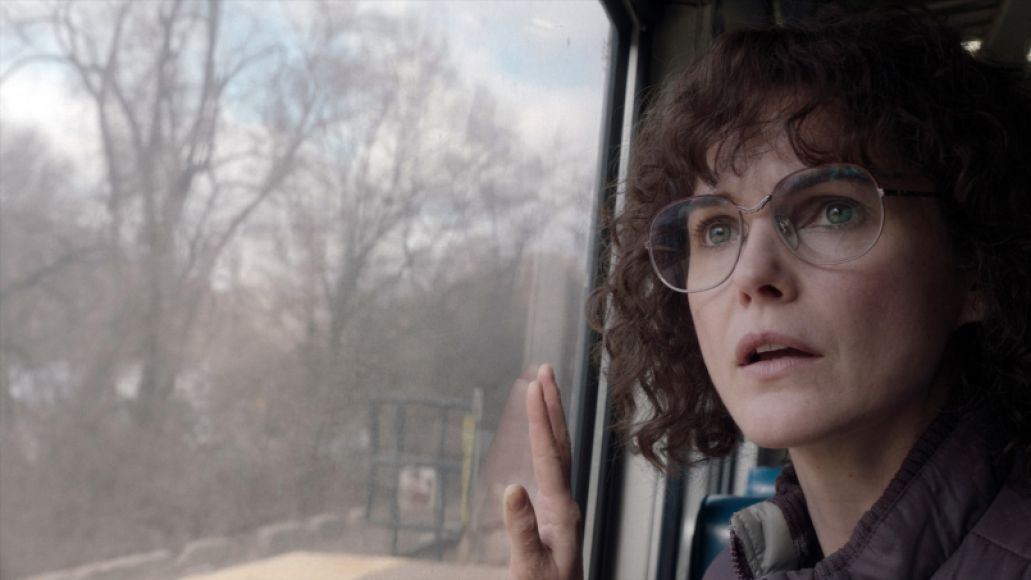 Keri Russell in The Americans

“In its final hour (and change), The Americans gave us full-blown Russian tragedy, but with somehow less violence. Not a drop of blood was shed, except heart’s-blood. Not a blow was struck, except with honesty and absence.” Read more. 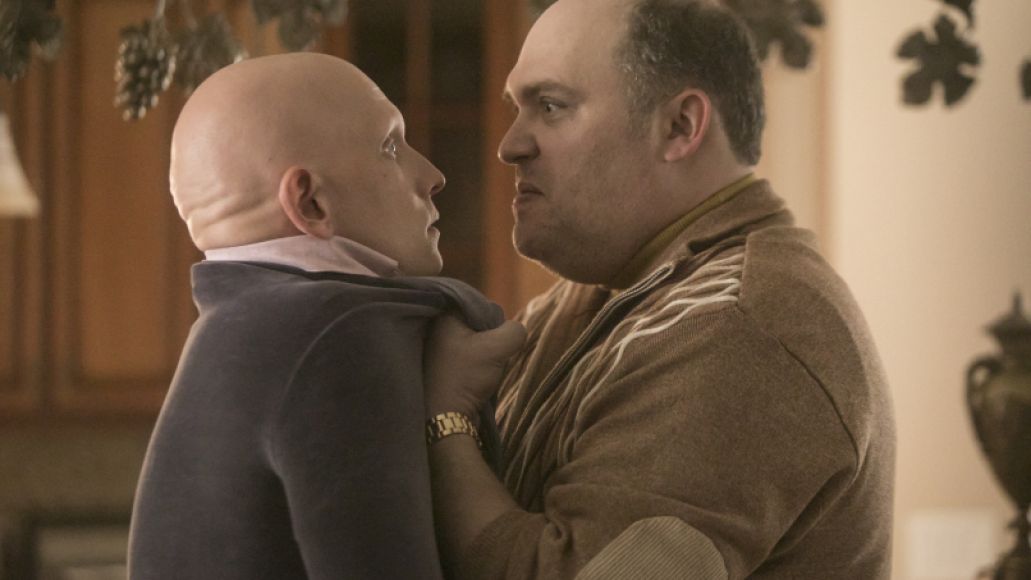 Westworld, “Akane No Mai” — Maeve and friends take a trip to the much-anticipated Shogun World for an hour that mucks around with duality, rebellion, and other big ideas — and still makes time for a few thrilling stand-offs.

Atlanta, “Crabs in a Barrel” — “It’s a perfect ending that opens the door to any number of routes for the show’s third season, but it was also a solid episode all round, having cultivated an engine of anxiety — traffic, meetings, kids, moving, passports, airports — that gave the episode an intense urgency.” —Randall Colburn. Read more.

The Expanse, “Delta-V” — The headed-to-Amazon series celebrates its fan-fueled rescue from cancellation with an episode that opens a new chapter in the space saga, complete with David Strathairn as a battle-scarred beltalowda and the unexpected return of one beloved character. — Clint Worthington

The Terror, “We Are Gone” — A wrenching turn from Jared Harris brings AMC’s dread-filled drama to a close with a horrific hour that, just like the cold, has a way of seeping into the bones.

May brought two new half-hour gems to the TV landscape, both complex and often meditative — though outside of their length and the fact that they’re good, they have little else in common. Here are two (among many) we missed this month. 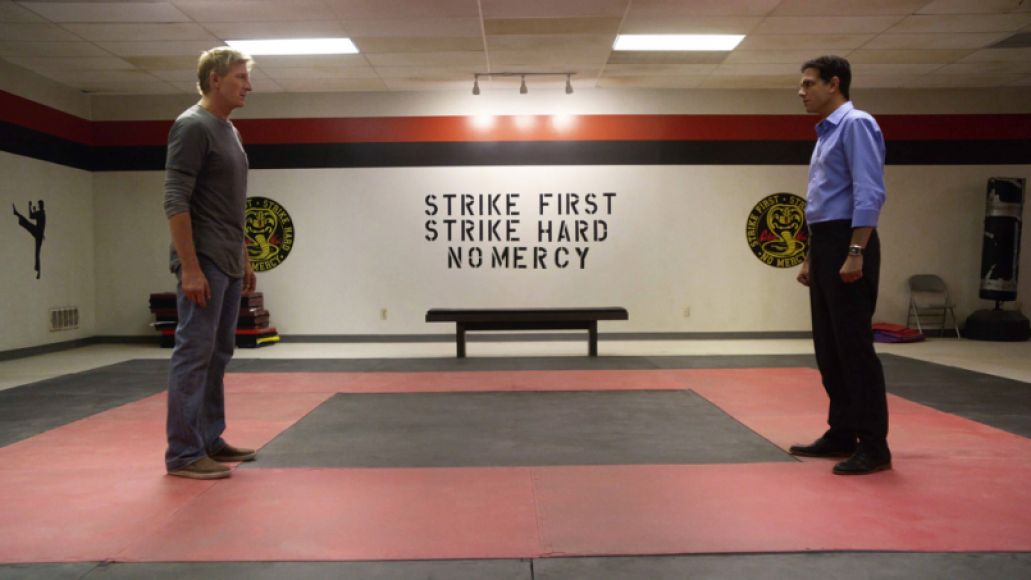 Here’s a series that’s easy to write off until you watch it and then difficult to dismiss once you do. A Karate Kid series? But with vanquished bully Johnny (William Zabka) as the lead? Skepticism is understandable. But the YouTube Red series from Will Smith’s Overbrook Entertainment manages to be both exactly and nothing like what you expect, giving Johnny the familiar beats of a hero’s journey without hiding some unpleasant truths: This guy is a misogynist, racist burnout who’s far from a lovable curmudgeon and who learned the wrong lessons from his time as a karate kid. Daniel LaRusso (Ralph Macchio), a car dealership owner who “kicks the competition” seems to be doing great, but he’s lost his way, too.

It takes encounters with struggling teenagers to set them on better paths. If that sounds cheesy, it is — but Cobra Kai is aware of that, just as it’s aware of pretty much everything it’s doing. It’s a funny, surprisingly thoughtful series, and you can watch it right now. 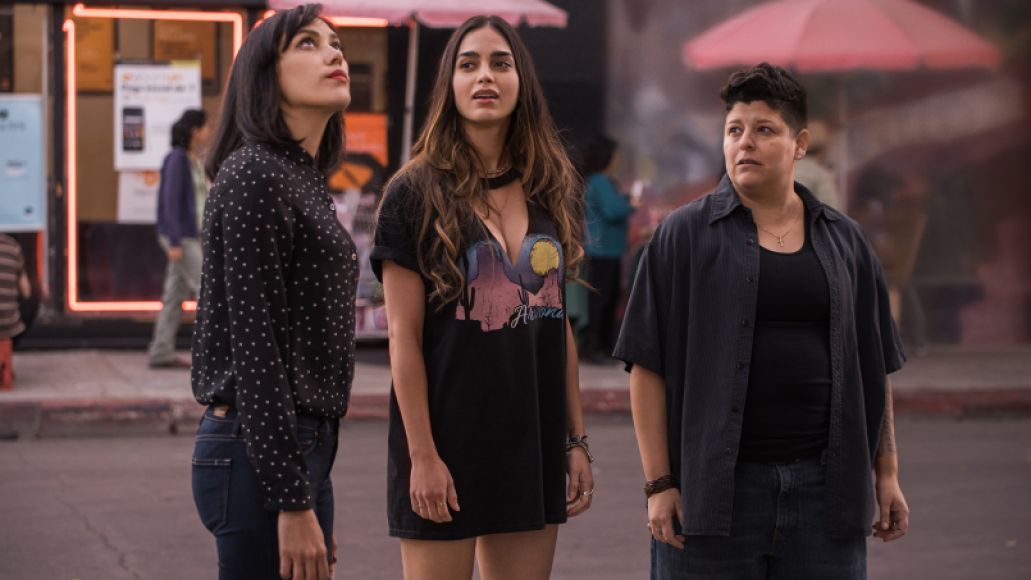 Vida‘s excellence is less surprising than that of Cobra Kai — anyone familiar with playwright Tanya Saracho could have predicted that this would be a winner. But the amount it accomplishes in each of its 30-minute episodes is pretty staggering nonetheless. Ostensibly, it’s a family drama, and it’s very good at being one, but it’s a family drama like The Americans is — sorry, was — a spy show. There’s a lot more tucked inside Vida than the story of the Hernandez sisters, but that story is plenty gripping all on its own, and the performances are exceptional.

Emma (Mishel Prada) and Lyn (Melissa Barrera) return home after what is, for one of them at least, a long and fraught absence. They come back, because they must — their mother died. As the story begins, they discover some things they didn’t know about Vidalia Hernandez, namely the fact that she got married to Eddy, a woman (played by non-binary actor Ser Anzoategui), but that’s just where it begins. Let’s hope Saracho and company get a chance to keep making it and that Vida has the chance to find the audience it deserves.

Performances of the Month — Keri Russell and Matthew Rhys 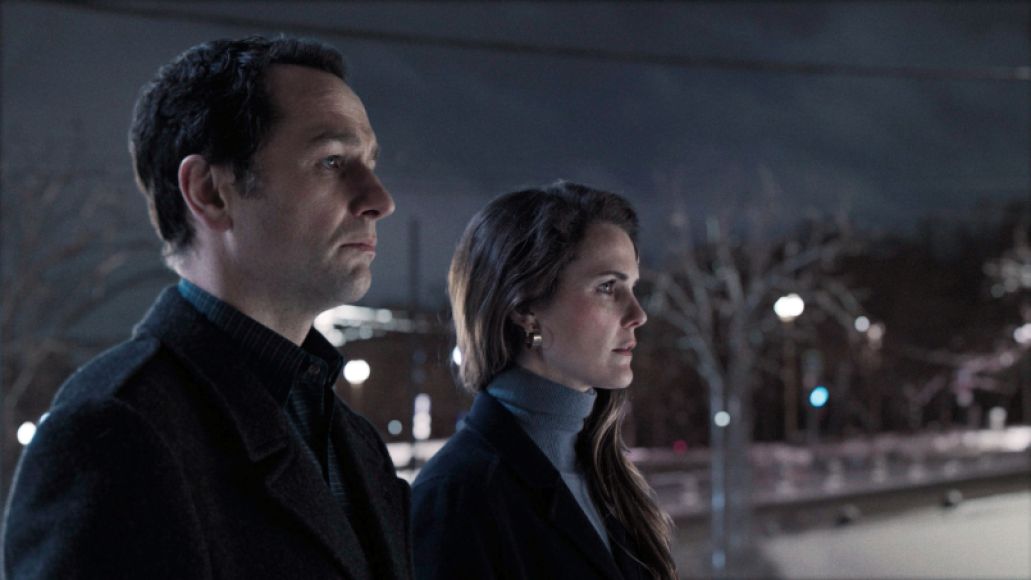 Matthew Rhys and Keri Russell in The Americans

What more can be said about these two? Keri Russell and Matthew Rhys gave us six seasons of nuanced, visceral performance, and while our season MVP may have been Russell, there’s no denying that this was always a pas de deux. That staggering finale is a reminder of what fans of The Americans have known for years: There are no two actors better able to kill with a breath, a tensed throat, a half-smile. Russell and Rhys made Philip and Elizabeth Jennings so layered, so human, that even the tiniest movement had meaning. They made it possible for the tense final shootout to be a conversation, for a roar of grief to be silence and stillness, and for a heartbreaking goodbye to just be two people standing on a hilltop. What an achievement. How lucky we are.

(Read: TV Review: The Americans Takes Its Final Bow with a Near-Perfect Season) 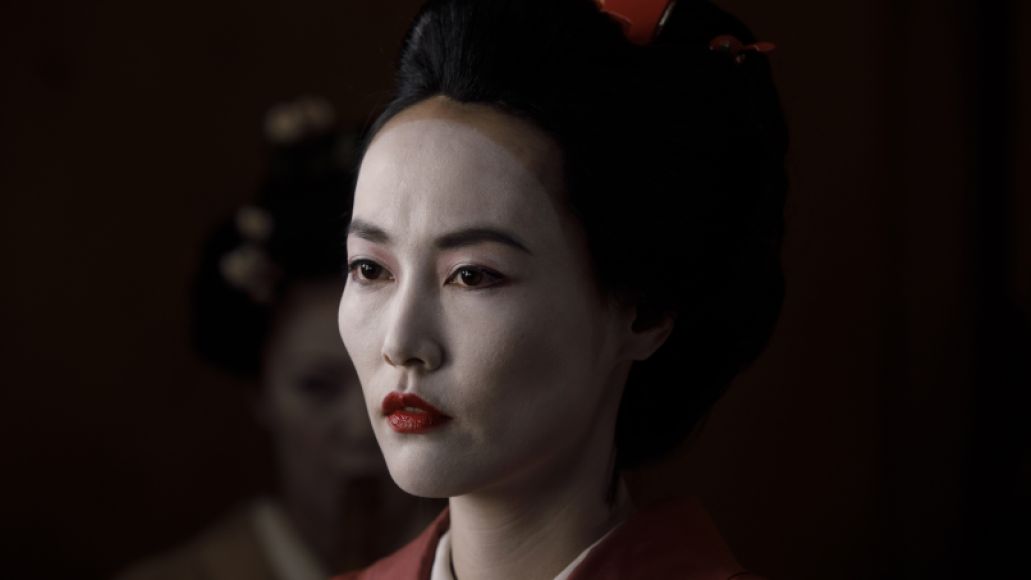 Elsewhere in Consequence of TV This Month 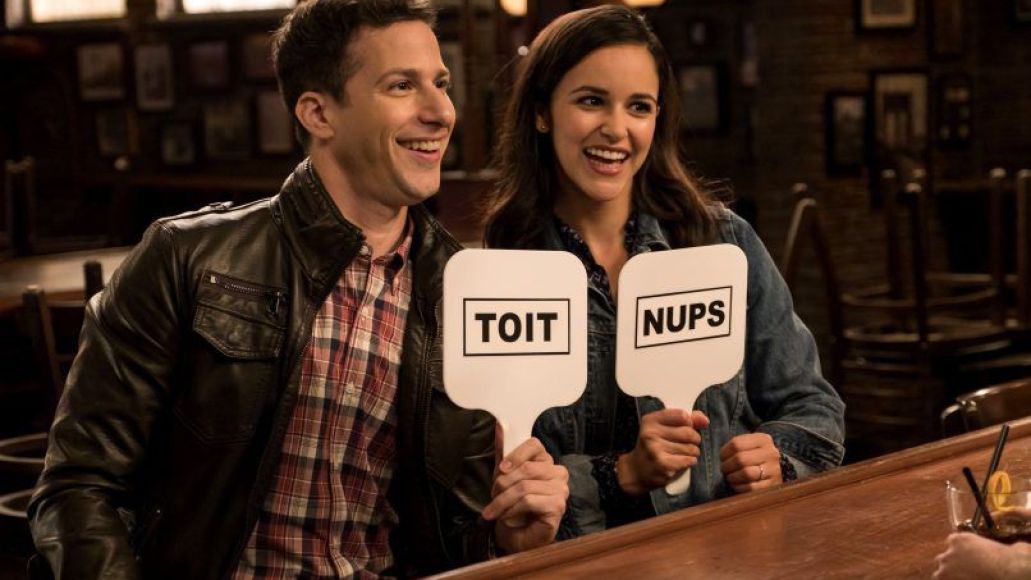 Samira Wiley on Integrity, Bonnets, and Survival in The Handmaid’s Tale

Top 10 Musical Moments on The Americans

Meditating on Seinfeld: The Transcendental Explanation Behind “The Finale”

The Best TV of May 2018: Russian Spies, Psychopaths, Atlanta, and the Return of Cobra Kai