It’s a lost art, the ensemble action movie, but only a few directors were ever able to actually pull it off anyway. Guy Ritchie might have descended from Tarantino, but distinguished himself by guiding the massive, comically disparate casts of Lock, Stock and Two Smoking Barrels and Snatch through sprawling plots and satisfying shoot-outs. Con Air emerged as a fine successor in the late ’90s, while Ben Wheatley’s Free Fire set the template for modern filmmakers. But other efforts to coalesce colorful ensembles into multi-pronged action set pieces — Joe Carnahan’s Smokin’ Aces, for example, or even Bruce Willis’ misbegotten Hudson Hawk — more often than not fell into incoherence. Drew Pearce‘s Hotel Artemis, the latest entry into this tiny action subgenre, falls victim to much of what ails any ensemble picture — rushed plotting, forced coincidence, indulgence — but still manages to make a big impression. Credit Pearce’s clear-eyed vision of the film’s dystopian near-future, as well as the infectious strain of zeal his top-notch cast brings to the writer/director’s vibrant slate of characters.

Hotel Artemis takes place almost entirely in its namesake, a towering, crumbling structure in downtown L.A. where a woman known as The Nurse (Jodie Foster) runs a members-only hospital for thugs and criminals. Outside, helicopters are crashing and buildings are burning as the “most violent riot in LA history” inches towards the Artemis, which resides near the offices of the conglomerate responsible for the city’s lack of clean drinking water. Things are more or less secure inside Hotel Artemis, which receives a few new patients in Sherman (Sterling K. Brown) and his brother Lev (Brian Tyree Henry), who are both bleeding — Lev considerably more so — after a bank heist gone bad. Fellow patients include a smoldering French assassin (Sofia Boutella), a cocky, cruel arms dealer (Charlie Day), and The Nurse’s hulking assistant Everest (Dave Bautista), who serves as both orderly and bodyguard.

Also on the way is The Wolf King (Jeff Goldblum), the overlord of the LA underworld (and the primary investor in Hotel Artemis). His arrival serves as a motivating agent for several of the characters, some of whom are aching to face The Wolf King while others are keen to stay out of his sight. It’s in the anxious act leading up to the honcho’s arrival that the film is at its best, as it’s here we watch our cast of pulpy, throwback archetypes — The Good-Hearted Thief, the Femme Fatale, the Wildcard (played, appropriately, by Day) — bounce off each other. Despite the approaching riot, Pearce allows these early conversations to breathe, with old bonds and new feuds emerging through clever, fiery conversations and subtle gestures. Brown, who’s proven he can navigate schmaltz and comedy just as well as intrigue and grit, again demonstrates his malleability, stepping comfortably into the role of both antihero and seducer. He and Boutella share an electric chemistry, yet he carries a quiet threat of menace when faced with the likes of Day’s scumbag or Bautista’s enforcer.

Foster is also a delight to watch as The Nurse, a consummate professional who commands the facility’s weathered, futuristic healthcare technology with confidence, even as she looks near-asleep on her feet. In the early going, the shades of vulnerability she exudes compellingly hint at a dark past that helps to explain her choice of profession. It’s a shame, then, that as the film goes on, Pearce begins unloading reams of exposition regarding both The Nurse’s trauma and her relationship with the Wolf King, who’s perhaps more interwoven with her past than she realizes. (Jenny Slate‘s injured police officer exists almost solely to articulate information that the film and Foster were already wordlessly conveying.) It feels unnecessary, the work of a screenwriter rather than a storyteller, as does The Nurse’s fear of leaving the hotel, which is meant to serve as a tangible goal for the character that never quite achieves its intended emotional catharsis.

But nothing really does in Hotel Artemis. Unlike recent action standouts like John Wick or Atomic Blonde, Hotel Artemis spends as much time setting up emotional payoffs as it does action setpieces, which is unfortunate when the film seems to promise a finale much more climactic than the one it actually reaches. The fight sequences are thrilling, especially the ones involving Boutella, but they nevertheless leave one wanting more. It’s easy to wish that the film had spent less time delving into The Nurse’s history and more time integrating Day, who slays in his villainous role but ultimately bears little consequence to the actual plot.

As such, Hotel Artemis ends with something of a whimper. Character arcs culminate in ways that feel perfunctory, and after a while, the influence of the approaching riot begins to feel like something of a red herring. Still, there’s plenty to like here, as Pearce has clearly thought through this world down to the finest details. The hotel itself exudes character via the scars worn into every wall and fixture, while the dystopian aspect of Peace’s L.A. is incredibly detailed, even though it ultimately serves as little more than set dressing. It’s a vivid world, and one that (like the Purge movies) operates with such a simple, malleable premise that it all but begs for sequels. Hopefully, those will take themselves a little less seriously. 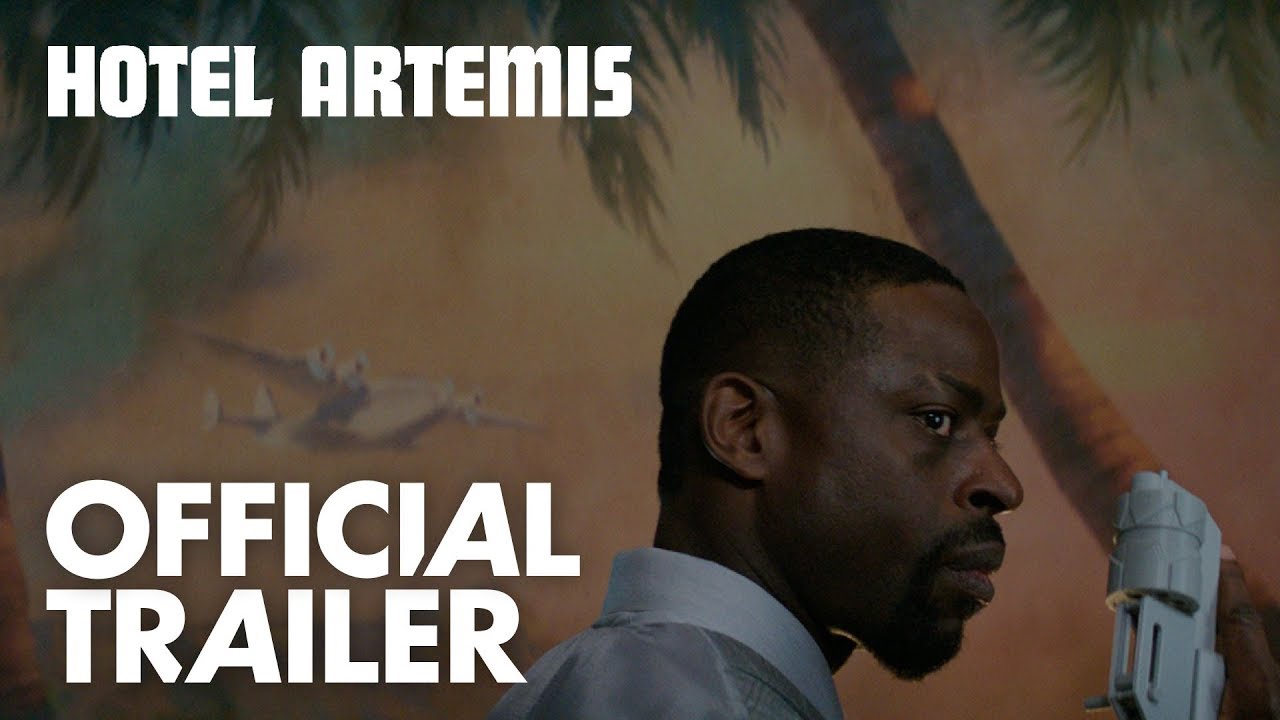