Three years ago, one of the central facets of Jurassic World‘s brave new vision for the franchise was the Indominus Rex, a monstrous dinosaur built out of hybrid DNA and meant to be the marquee attraction for a new park and a new generation. Likewise, Jurassic World was meant to update Steven Spielberg’s 1993 classic for the Internet age, a glossy new rendition featuring cutting-edge CG and all the cacophonous destruction that modern movie fans have been taught to demand and expect. Instead it wound up being just as beastly an assemblage as its scaly protagonist, a monster movie/disaster flick/Spielbergian family drama/NBC-Universal branding exercise/franchise reboot that never successfully became any of those things by trying to offer all of them at once. It was campy and grim, vapid and insistent on its own grandeur in the same breath.

Whatever you might have to say about Jurassic World: Fallen Kingdom, at least it picks a more consistent mode for itself. Set three years after the destruction of Jurassic World, Claire Dearing (Bryce Dallas Howard) has found herself on the other side of the dinosaur rights issue, as the head coordinator of a dino-conservation group that aims to push Congress on policy that will guarantee both the continued survival and the global protection of the reborn creatures. There’s urgency to her mission, now; Jurassic World was built atop a volcanic island, and the volcano is verging on full eruption. Suddenly, hope arrives in the form of the Lockwood estate, overseen by Benjamin Lockwood (James Cromwell) and Eli Mills (Rafe Spall). The elder Lockwood, who served as John Hammond’s co-venturer on the first dinosaur resurrection research, wants to protect his creations, for the sake of his dreams and those of his intrepid granddaughter Maisie (Isabella Sermon) alike. Mills wants to see the Lockwood company on into its next generation, as the leaders of dinosaur protection. Both want Claire to spearhead a rescue effort, evacuating as many key species off Isla Nublar as possible before the volcano swallows it for good.

Claire enlists a pair of talents from her team to join her: Zia (Daniella Pineda), a hard-nosed doctor with a specialty in dinosaur biology, and Franklin (Justice Smith), a nervous I.T. expert. Much to her chagrin, since one of the specimens Lockwood needs most is the trained raptor Blue, she’s also asked to bring in Owen (Chris Pratt), whose particular skillset will be needed when dealing with a predator re-exposed to the wild for several years. Apparently Claire and Owen both dated and split up between Jurassic World and Fallen Kingdom; this is one of many character details through which the new film sprints with haste. After all, there’s a volcano island full of dinosaurs to get around to already.

That volcano island takes up a substantial amount of Fallen Kingdom‘s runtime, and to the credit of director J.A. Bayona, the fifth Jurassic movie has a sense of rolling momentum that its predecessor decidedly lacked. That momentum is maintained directly at the expense of character, but perhaps that’s more of a grievance with Colin Trevorrow and Derek Connolly’s screenplay. For his part, Bayona builds a handful of evocative moments throughout the film; one tableau at the very end of the Isla Nublar sequence is especially moving, and a late-film cat-and-mouse sequence marries the slow-churning dread of Spielberg’s original with the kind of gravity-free camera movement that CG-based action allows at its best. There’s a consistency of tone to Fallen Kingdom that the last few entries in the series have lacked, and if that tone is one of grim fatalism, at least Bayona commits to it in every way. That’s true of the general nihilism with which the film approaches humanity’s relationship with dinosaurs in the modern age, and it’s true of the truly grisly violence staged several times before the film’s end.

That violence is likely to unsettle audiences of all ages, and if Fallen Kingdom has quite a bit to say about animal conservation and the responsibility of man to deal with the consequences of innovation, these headier ideas are still far less of a priority for the film than watching dinosaurs bellow loudly and run amok. However, the film goes far heavier on the chaos than on the genuine wonder this time around, to such a point where there’s not that much fun to be had with Fallen Kingdom beyond the kind you have with a B-level horror flick. Bayona makes a chase between a young girl and a genetically enhanced velociraptor compelling enough, but Fallen Kingdom is less enjoyable than it is terrifying, and when it’s not terrifying, it’s usually pretty bleak. As the film goes on, and the intentions of the island evacuation are called into question, the film goes to disturbing lengths to prove that this is a darker kind of Jurassic movie, and there’s an increasing unpleasantness to the feature as it goes on that exists at odds with its escapist trappings.

Not all the shots of Pratt and Howard gazing at creatures with wide-eyed wonder/terror on Earth can elide that issue, and Fallen Kingdom is often so despairing that the holdover romantic banter between them feels like an interruption from another movie. Pratt feels especially at odds with the new approach; where his swaggering ringleader fit the VFX circus of the last installment well enough, here he’s a Whedonesque goofball in a borderline-horror movie that doesn’t really seem to call for him. The cast is generally peripheral, and aside from a few intrusive attempts by Trevorrow and Connolly to save face from Jurassic World‘s criticisms of misogyny, the human element in general doesn’t serve a whole lot of purpose in Fallen Kingdom. There are the heroes, the villains, and the ones whose allegiances are supposed to be a secret, even as their motivations are virtually screamed aloud from their first appearances onscreen.

When it’s not gravely contemplating the politics of human-made sentient life like the world’s oddest Blade Runner crossover or actively trying to make sure that the children in attendance never want to look at a dinosaur again, Fallen Kingdom is also occasionally ridiculous. Dramatic beats appear out of nowhere for maximum impact by the scene, without any kind of internal logic bridging the Big Moments, and at least one late-game twist that may well elicit a few guffaws. The film may deliver the spectacle of dinosaurs body-slamming other dinosaurs with their mouths, but that’s about all that connects Fallen Kingdom to the wonder and fright of the original film. As a horror movie, it’s diverting enough when it’s not continuously shooting itself in the foot with ideas it can’t explain and doesn’t care to. But as a movie about dinosaurs roaming the earth, it’s disappointing how much Jurassic World: Fallen Kingdom instead feels like so many other loud, disposable summer movies of the 2010s instead.

Oh, and Jeff Goldblum is in barely two minutes of it. If that was part of the film’s drawing power for you, well, now you know. 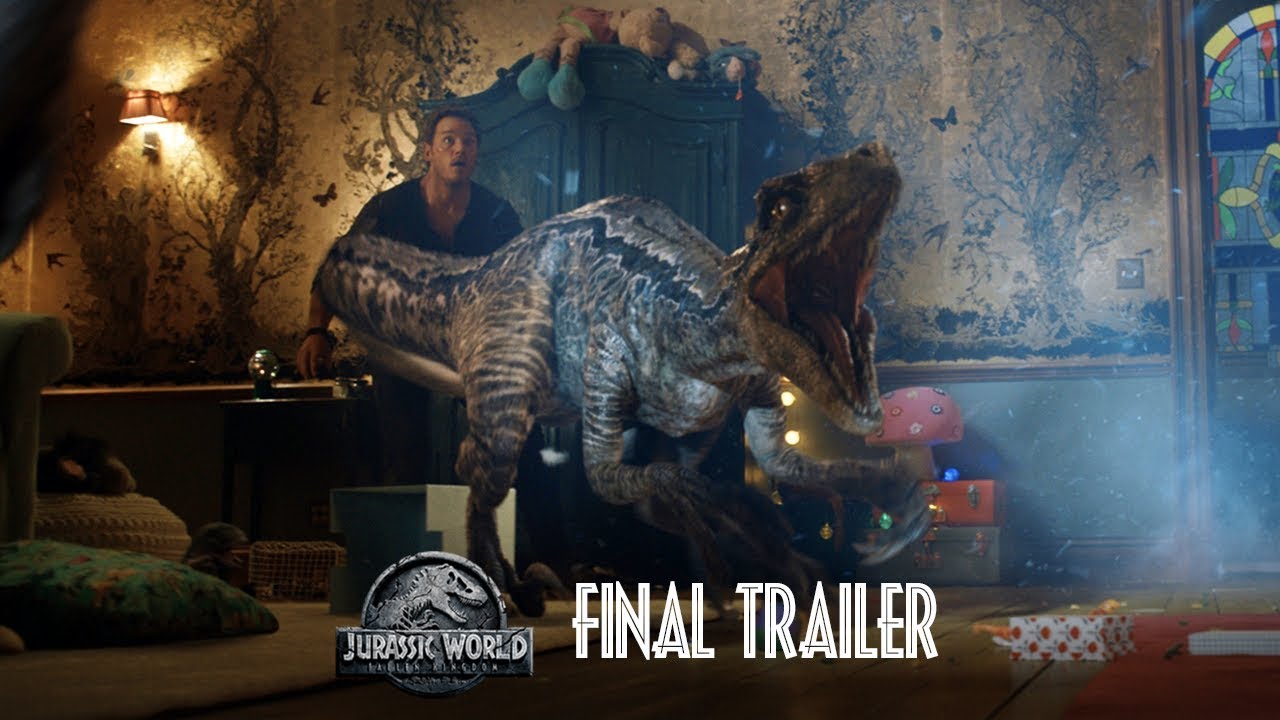