Won’t You Be My Neighbor? is fine. Fine and fancy free, one could say, even if it’s held back by its twinkly-eyed affection for the mystique of Fred Rogers, who’s brought back in almost biblical fashion. It still wins out as the sweet-natured drawing it truly is. Maybe it’s seldom willing to deconstruct the spirit of Rogers’ work, or capture him in any new lights, or challenge and refract what we know and have seen. Instead it has a big heart and some great clips, and that’s that. Rogers remembered, with talking heads, Flash animations of Daniel Tiger, and a half-century of great videos and photos.

Morgan Neville (the Oscar winner behind 20 Feet From Stardom) aligns this history of Rogers. We see the defining moments, the highlight clip reel. It’s calm, affectionate, and occasionally witty. For the youths, Fred Rogers was that soft PBS babysitter from Mister Rogers’ Neighborhood. For adults and fans of the show, he was like a daily weekday prayer, or a meditation, or a father figure, or a therapist, or maybe just something easy to focus on.

Rogers left the airwaves in 2001, but the legacy lasts, and Neighbor backs it all up. Before entering the Neighborhood he was a minister, concerned with child development in a then-new field called ‘early childhood education.’ He was fascinated by this new thing called “television” in the 1950s, both awestruck and fearful of its potential for change and the impact it had on kids when Howdy Doody was slinging Tootsie Rolls to tots. He paused his religious education to take a crack at the new medium. He thought TV could do more, that it could teach empathy, love, and other hard-to-conceive ideas for young children, through the power of explanation, discussion, and make-believe. He revered patience and definitions, taking the time to explain things in a non-patronizing fashion. At the risk of sounding winsome, the rest, as they say, is history.

Won’t You Be My Neighbor? plainly – as if any other style would do – articulates what made Fred Rogers such a big deal, and in turn, what made him so beloved. He was unfashionable his entire career, and even those who thought his show was for babies might walk away thinking, “okay, he was pretty damn valuable, teaching compassion in an ever-scarier and faster and more market-driven world – bless him for that, really.” And it’s with that admitted feeling of being won over that the best way to describe the movie is as a piece of sincere nostalgia. Through a deep archive of content featuring Rogers on air, off, and in-person, Neville approaches him from many vantages, Rogers doing what he did best for decades. Pittsburgh television. Public broadcast stardom. His unending desire and almost naïve curiosity for new things. And there’s more. More context. More history. More Fred.

One second we’re ruminating on the Bobby Kennedy assassination and how that came through on the show; the next, there’s Fred swimming in a public pool, as soothing as an ASMR video. Daniel Tiger is illustrated to show Fred’s psyche, as the film looks back to his youth, and to the present where Mr. Rogers expresses concern over parodies of him, or bad ‘80s kids shows. Patchy’s a word for it, but to be fair, it’s as though Neville wants to say as much as possible, which works for and against his doc. Formally, it’s glued with voiceover and a mostly linear narrative of Rogers beginning and ending on TV. But while the talking heads run deep, ranging from his wife and sons to stagehands, the comments feel almost unnecessary. Won’t You Be My Neighbor? channels Rogers best when its key moments play out in uninterrupted fashion.

Take the pre-credit hook, for example. Neville rolls out a tender private moment of Rogers noodling at the piano in front of a home camera. It’s black and white, filmed in the ‘60s, and Fred’s excitement at a new concept for his show has him glowing. He’s thinking about modulations, and how his piano could be used to teach kids about the importance of changes, transitions, and how to move from one key in the song of life to another. Simply put, that’s years of sociology broken down to a touching moment of piano play. And the punchline is so good you can’t make this up: he pauses after all this giddy thought and thinks that ‘maybe’ he’s being too philosophical.

Neighbor hits frequently on bits like this. We see Rogers’ testimony to Congress, and his nervous-throated speech on the importance of using public television to remind children of their value, and that they’re cared for, and Neville lets the speech play. Rogers’ segment with Jeff Erlinger is played longhand, as you really get to see and feel what made that TV moment so good. Erlinger was 10, in surgery after surgery since seven months of age, and about to receive yet another in 1981. Through luck, Jeff was able to get on Rogers’ program to discuss the hows and whys of being disabled, and it was so effective in its plainspoken way. Fred is non-judgmental, open-eared, and genuinely happy just to make Jeff’s acquaintance. A perfect harmony of acknowledging difference while advocating for the normalization and understanding of disability.

Love letters are all well and good, but one could surmise that it’s more meaningful to be deeply appreciated, listened to, and even understood, rather than simply adored? That’s what Fred Rogers espoused, no? Take this doc’s best-of M.O., and run it against Tom Junod’s 1998 Esquire profile, “Can you say … hero?” Maybe it’s unfair to compare different media, but they’re driven to the same conclusion: Fred Rogers was a neat guy who loved children and had a wholly unique way about him. Neville all but says “I love you, Mr. Rogers” in his admiring sprawl. But Junod gets and gives a little more. The writer paints a more comprehensive, and even surprising, character portrait.

Won’t You Be My Neighbor? has its foot firmly planted in the realm of adoring love, pure and simple. Nevile’s successes are really Rogers’, but those become the doc’s successes all the same. So once again: it’s fine. It’s nice, pleasing, and capable of mustering amazement from time to time at what Rogers did. This callback to one of television’s greatest pioneers shows why he meant so much to so many, and what we could still learn from him today. He was a nice, calm man, a disinfectant for all the regular excrement poured into our kids’ eyes by the television. That still means something, if you stop for a second and think on it. Won’t you be his neighbor, even for just 90 more minutes? 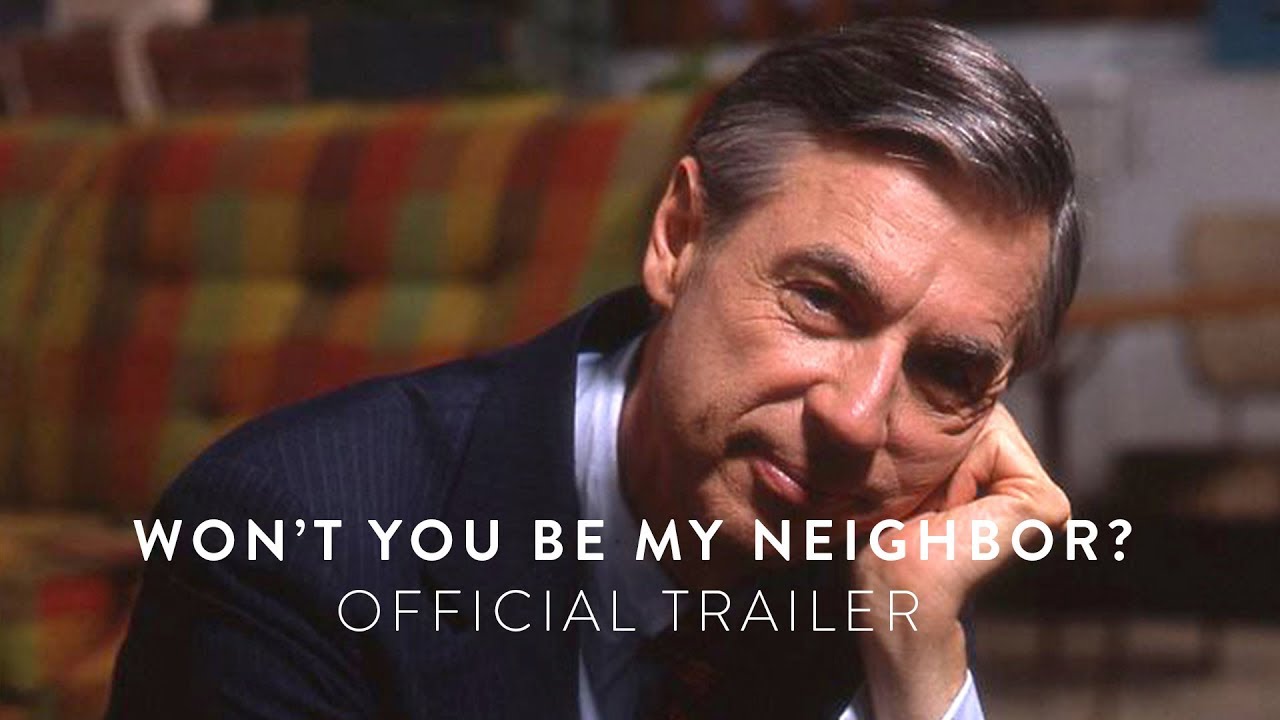 Film Review: Won't You Be My Neighbor? Invites Fond Memories of Mister Rogers