As part of their upcoming North American tour supporting The Now Now, Gorillaz will stage the latest installment of their Demon Dayz Music Festival in Los Angeles. The one-day event is scheduled for Saturday, October 20th at the Pico Rivera Sports Arena & Grounds.

The eclectic lineup is headlined by Gorillaz and supplemented by Erykah Badu, The Internet, and Ana Tijoux, in addition to several past Gorillaz contributors including DRAM, Little Simz, Kilo Kish, and Tony Allen, who performs with Damon Albarn in The Good The Bad & The Queen.

Tickets to Demon Dayz Los Angeles go on sale starting June 8th. The band’s sixth album, The Now Now, is out June 29th and you can stream the first two tracks here. 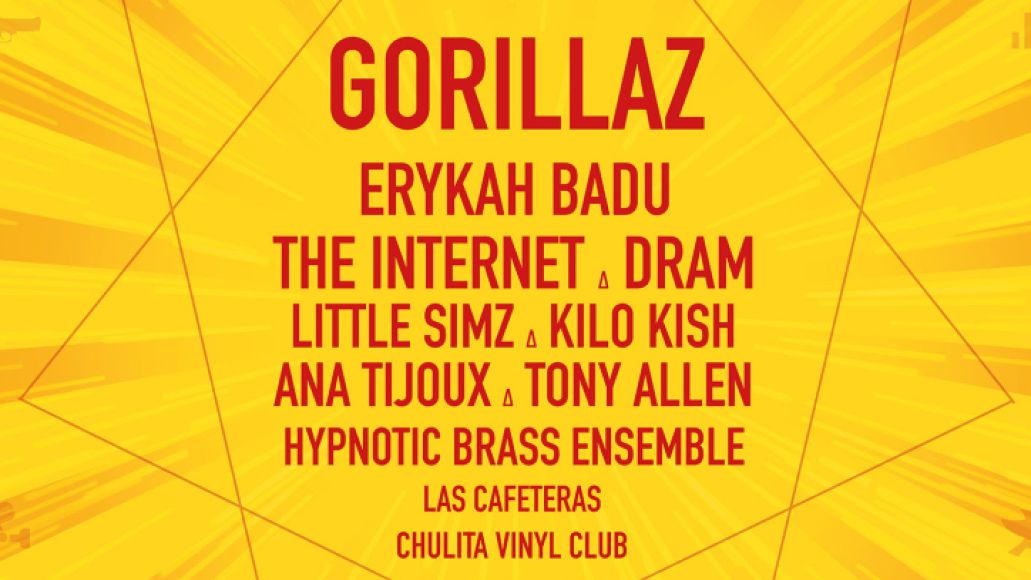