Phish put on one of the most epic live show runs in history last summer when they booked 13 nights at New York’s iconic Madison Square Garden. With two sets a night for a total of 26 unique setlists, the jam legends ended up playing a whopping 237 songs without ever repeating themselves. Now, each and every song they baked up can be taken home with you in the newly announced The Complete Baker’s Dozen Box Set.

Spread over 36 discs, audio from all 13 gigs were remixed and mastered by Grammy- and Emmy-winning engineer Elliot Scheiner. Housed in a fully custom box, the 13 shows come packaged individually alongside an 86-page book featuring photos from the Baker’s Dozen shows, an essay with new interviews from the band, setlist journals, an embroidered patch, commemorative replica tickets, eight mini-prints, and a new 7-inch x 10-inch screen print signed by artist Jim Pollock.

The Complete Baker’s Dozen will be limited to one pressing and only available through the Phish Dry Goods store, where it’s priced at $498. Also available are three-CD and six-LP sets called simply The Baker’s Dozen: Live at Madison Square Garden; those collections feature 13 songs selected by Phish from the course of the Baker’s Dozen shows. The CD set is priced at $19.99, while the LPs are going for $119, though unlike the Complete set, they will also be available in retail stores.

All the sets are due out November 30th, but pre-orders are going on now via Phish Dry Goods. Order through the webstore and get 20% off all other donut related merch. Below, find images of all the sets as well as a tracklist for the three-CD set. 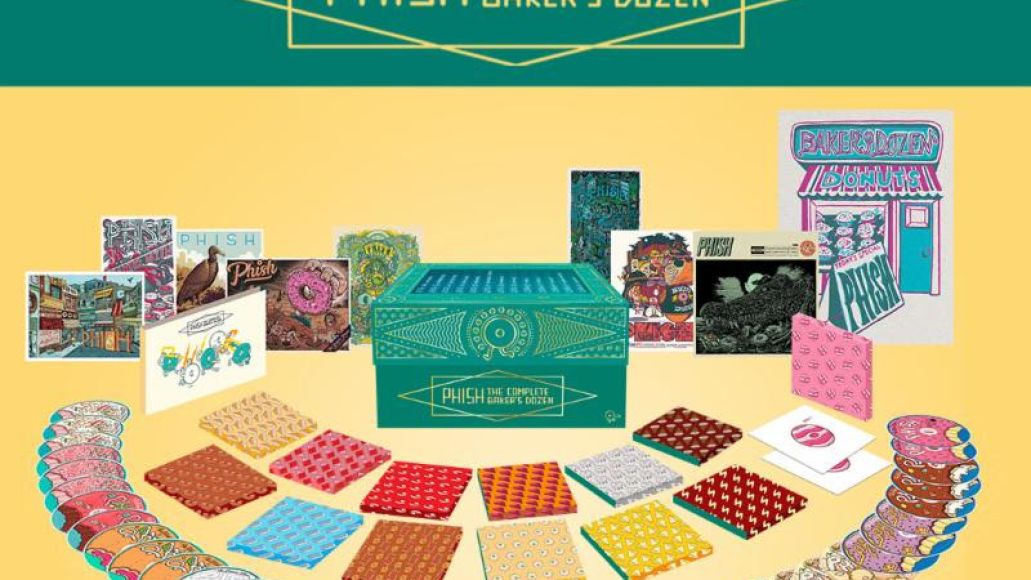 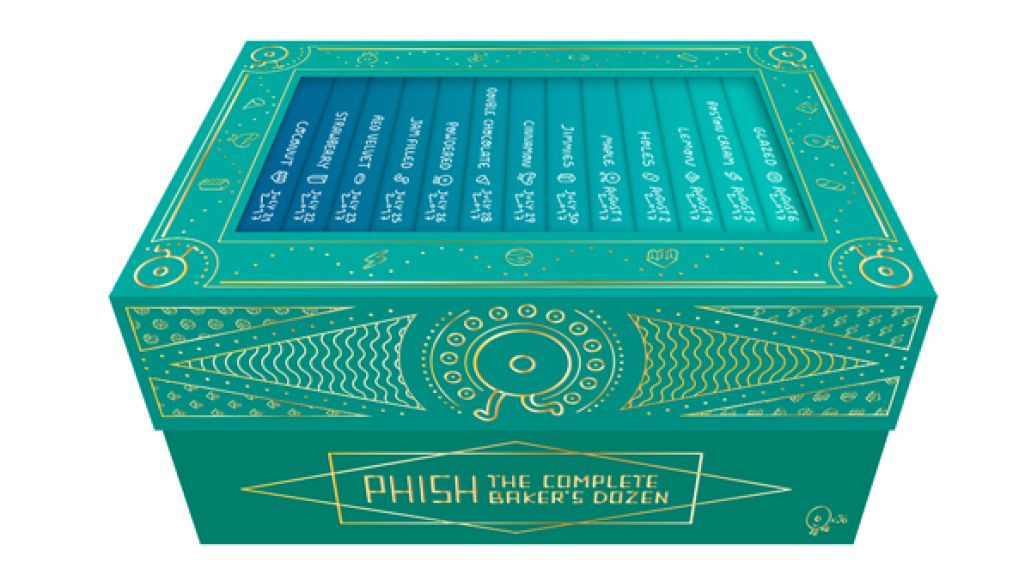 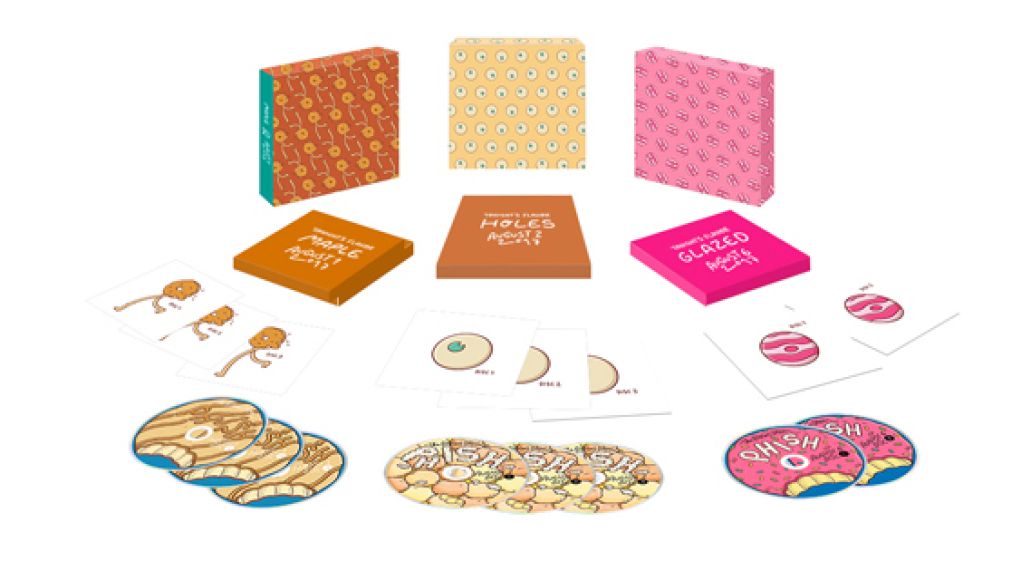 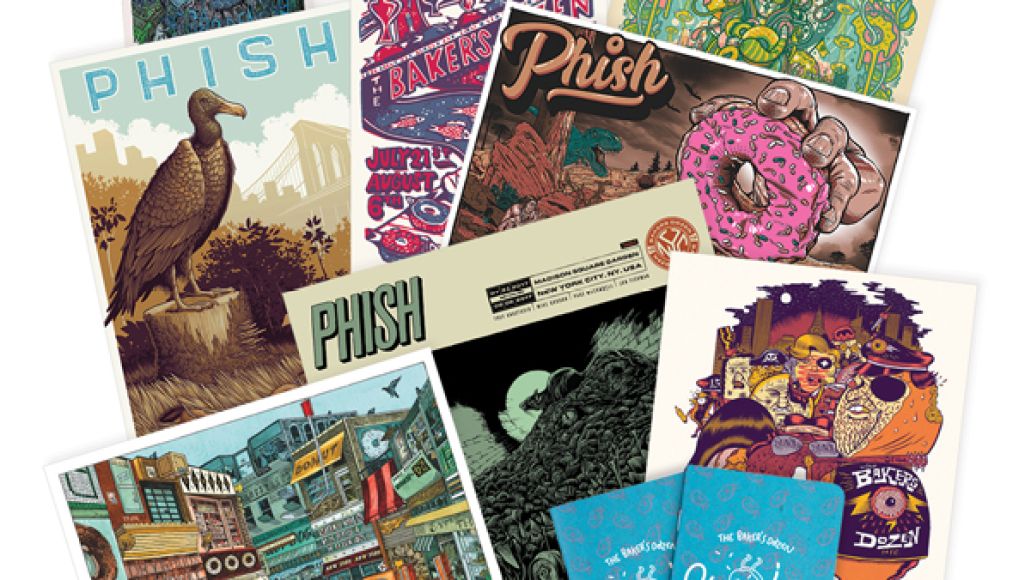 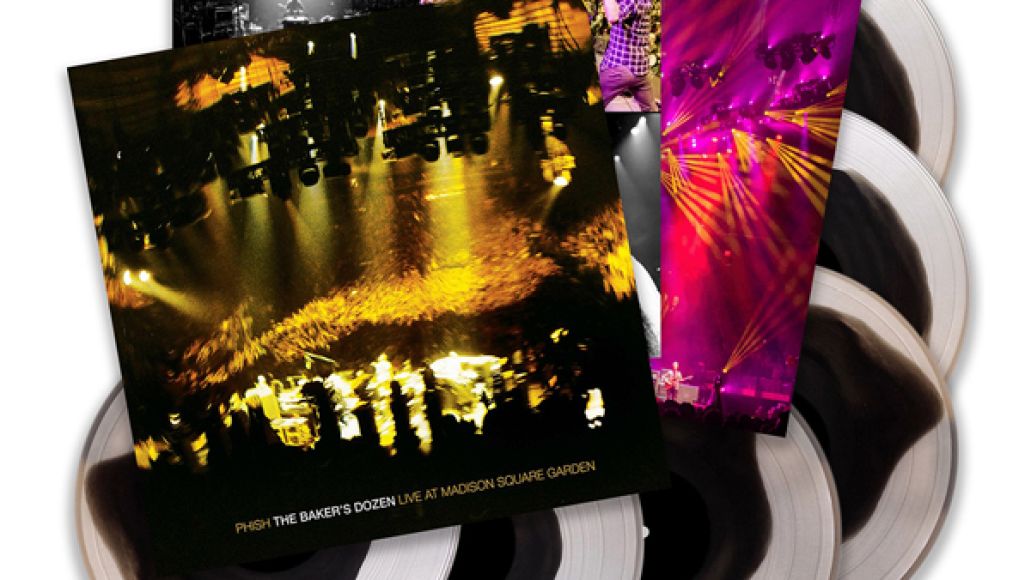 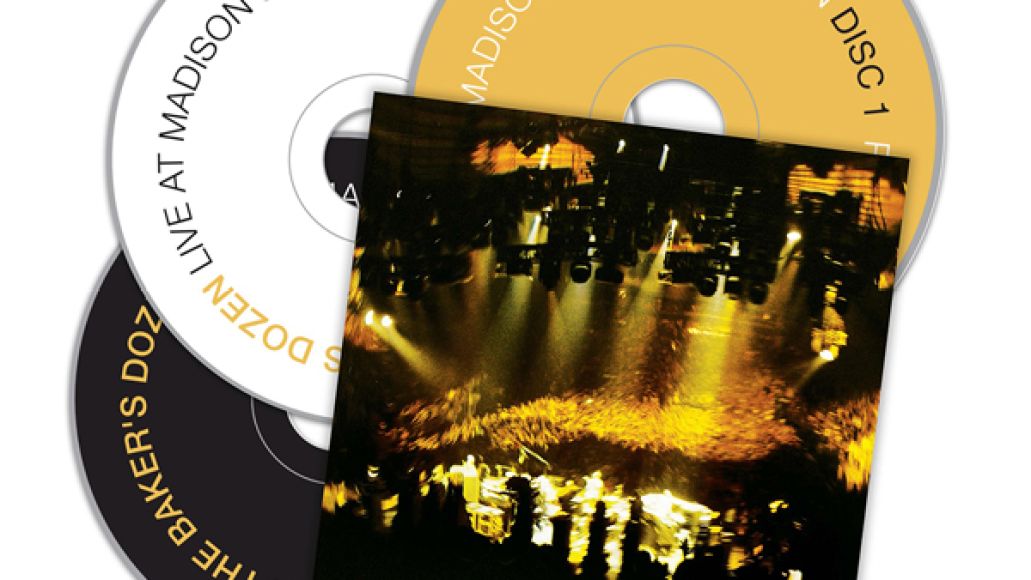 Phish have another run of sure to be memorable live shows coming up this summer and fall, including their three-day Curveball Festival in Watkins Glen, New York.