This simple phrase from Jennie Livingston’s seminal (and controversial) 1990 documentary Paris Is Burning describes one of the most dazzling aspects of the ball culture of 1980s New York. But it also easily encapsulates the tone of your typical Ryan Murphy joint – bold, unapologetic, with a healthy coat of unabashed glamour slathered atop it. Pose, Murphy’s last show for FX before he sashays away to the hallowed House of Netflix, is no exception: it’s full-tilt extravaganza of the highest order, an imperfect but deeply felt exploration of a setting and characters sorely underrepresented in media.

Pose drapes itself in the silk-lined opulence of New York in the 1980s and concerns itself with the intersection of the rich, white elite and the underground ballroom culture of the city’s poor and minority communities. A quick primer: balls are essentially underground events where New York’s LGBT community could gather and compete in dance or drag/fashion competitions. Most performers represent a particular “house” and earn reputation for that house by winning trophies and prizes.

It’s the precursor to the mainstreamed version of drag culture we know today – they were vogueing years before Madonna and saying “werk” and “yas kween” long before Drag Race threw them into the modern lexicon. (The aforementioned Paris is Burning is a wonderful Drag 101, for those who want a more detailed tutorial before starting the show.)

From the beginning, Pose feels indebted to Paris is Burning in more ways than one. Both works capture the inherent hardship and tragedy of life as a poor, queer person of color in 1980s New York and the ephemeral joys that ball life can provide. Murphy gives us plenty of avenues into this world: there’s Blanca Rodriguez (MJ Rodriguez), an aspiring house mother who builds a loving, positive ball community of her own while struggling with an HIV diagnosis; Angel (Indya Moore), one of Blanca’s house daughters who engages in sex work to get by; Elektra Abundance (Dominique Jackson), Blanca’s former house mother, now rival; Elektra’s other house daughters, Lulu (Hailie Sahar) and Candy (Angelica Ross); and Damon (Ryan Jamaal Swain), a young, gay black man who comes to the city with nothing but his dreams of becoming a trained dancer.

Much of ball culture is about achieving “realness,” inhabiting your assigned drag category as realistically as possible – a way for marginalized people to fantasize about the rich, white world they’ve been denied due to their identity. Pose offers glimmers of how that half lives, as well, through the eyes of Stan Bowes (Evan Peters) — a young, white executive with a lucrative job in a Trump Tower office and a dutiful wife in the suburbs (Kate Mara).

As expected, plenty of darkly comic jabs at Trump ensue, most of them more than a little creaky. Gird your loins for the moment when James Van Der Beek, as Stan’s slimy ’80s Guy boss, holds up a New York Post with Trump’s face on it and quips about how good he is at manipulating the media. All the same, it’s an effective parallel to the ways in which everyone performs their identity, and the hollowness of the rich, white world the drag queens of the show aspire to.

For Pose, Murphy has collected the largest transgender cast for a scripted drama to date – nearly all of the female leads are transwomen, most of them the most high-profile trans models in the world of high fashion. Almost to a woman, they prove themselves compelling performers: Rodriguez’s Blanca is a fierce Norma-Rae type committed to being a strong, resolute mother to her house children, while Moore gives Angel volumes of depth behind what could have been a stock tragic-sex-worker character. (Her scenes with Peters, as Angel forges a complicated relationship with Stan, are just dynamite.) 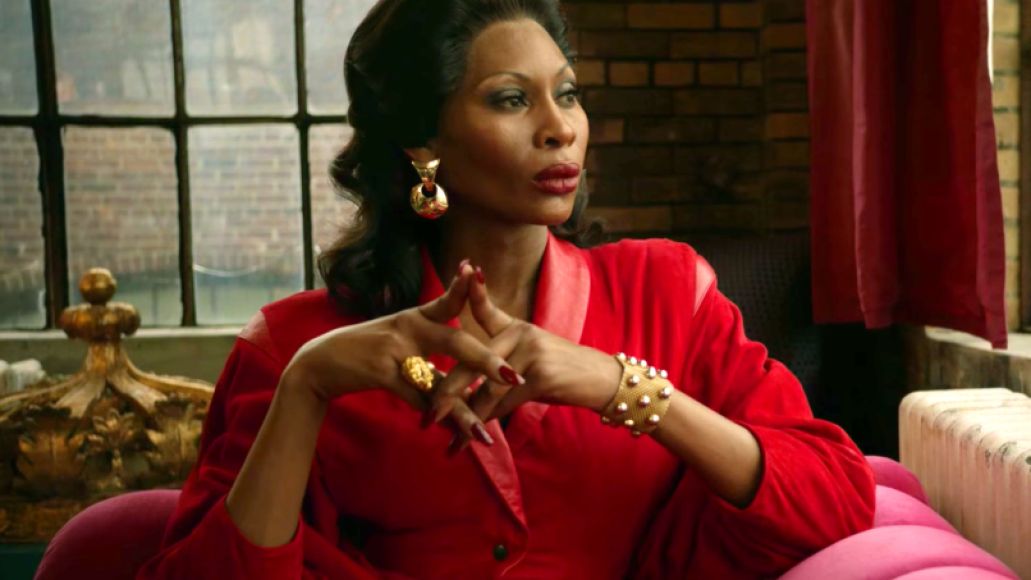 At first, the only weak link is Jackson; she’s powerful, but reads her lines with a single, rushed note. By the fourth episode, though, she finds a steady place as part of the ensemble, particularly as Elektra’s personal dilemmas give Jackson more to do than just be a speedbump to Blanca’s success. If nothing else, Pose is a brilliant showcase for trans and queer actors of color, and one hopes that this is only the beginning of some le-gen-dary careers.

And by god, the costumes. From the word “go,” Murphy uses Pose to indulge in some of his most over-the-top aesthetic impulses, from the gilded austerity of Trump Tower to the chiffon-draped extravagance of the balls themselves. Pose’s ball events aren’t the modest, dimly lit affairs of Paris is Burning — they serve up full-tilt Moulin Rouge realness with every frame, all glitter, neon, and homespun luxury. Hell, the very first scene shows the members of Elektra’s house mopping (read: stealing) Renaissance-era outfits from the Met to wear down the runway. Life may be hard for the stalwart performers of Pose getting by in a nasty world, but the balls offer plenty of opportunity for the queens and their magnetic impresario, Pray Tell (Billy Porter, the preeminent Lola of Broadway’s Kinky Boots), to let loose and have fun. As RuPaul would say, reading is fundamental, and Pose is full of some side-slapping shade (One particular fave from Elektra to Blanca: “I am gonna eat you like an after-dinner Rolaid”).

Pose isn’t just about Z-snaps and fierce reads, though. Just as Murphy used the second season of American Crime Story to dive deep into the hazards of LGBT life in the 90s, in Pose he explores similar issues a decade prior. Being gay in New York in the ’80s is no picnic – the AIDS crisis was in full swing, young gay men and women were exiled from their homes by traditional parents, and trans people struggled to find belonging in a world that understood and accepted them even less than now. It’s even harder for queer women of color — even in the gay nightlife of New York, there are places they can’t enter. Houses are more than just teams to root for at balls. As Blanca notes, they’re “homes for all the little boys and girls who don’t have one of their own.” 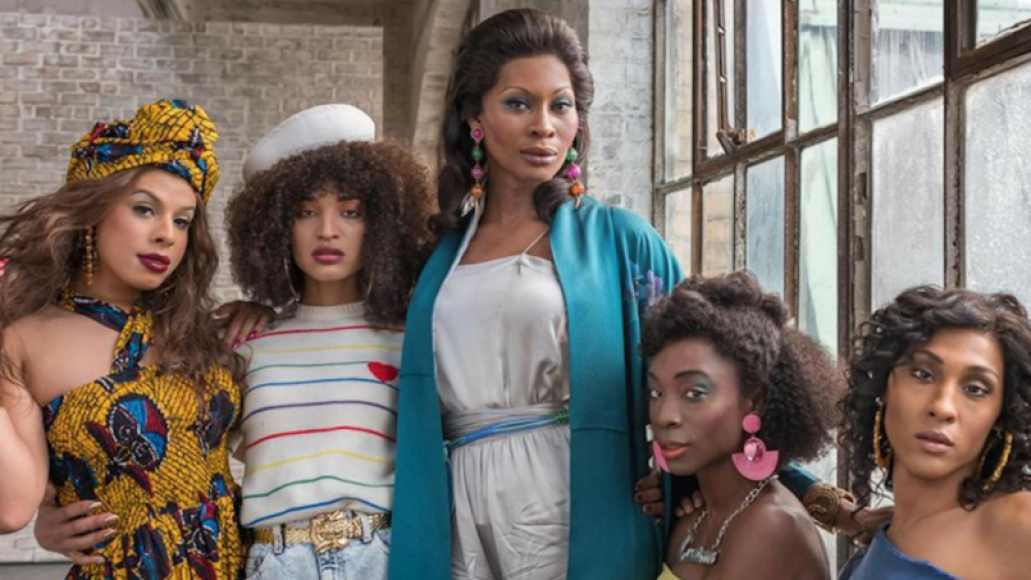 Pose is never shy about putting its characters through the emotional wringer, but neither is it content to make them languish: House Evangelista is a particularly heart-warming home for these outsiders, giving them everything from an education (Blanca helps Damon get into – and stay in — a prestigious dance school) to a place to sleep. In one episode set during the holidays, Blanca gets to play “Mother Santa,” offering them a Christmas Eve they never would have gotten otherwise. Murphy sees beauty in Pose’s struggling queens and dancers — characters who live spectacularly in the moment, because they know their futures might be taken from them by starvation, violence, or AIDS.

Of the four episodes screened for critics, it’s the fourth, “The Fever,” that elevates Pose to the level of Murphy’s best work. Here, the characters wrestle head-on with the specter of AIDS, whether fearing a diagnosis or dealing with the consequences of getting one. (Porter’s wounded, vulnerable performance as Pray discusses the ‘plague’ is astonishingly Emmy-worthy.) On top of that, the episode manages to work in complex, character-driven discussions about trans women’s relationship to sex change operations, and whether they make them feel complete. It all feels authentic, vulnerable and rooted in individual characters – never devolving into gimmickry or novelty.

Ryan Murphy’s track record is filled with triumphant highs (American Crime Story) and disastrous lows (post-Jessica Lange American Horror Story), and Pose may well be the most Ryan Murphy show to date. Its characters are larger than life, its lewk gloriously gaudy, its heart unabashedly on its sleeve – and, as the queens of Paris is Burning would note, it is opulent as hell. It remains to be seen whether Pose will sashay away or get 10s across the board – but if the show maintains the joy and complexity of its first few episodes, it may well be one of the best, bravest LGBT shows on TV.