The idea of the watercooler moment was a beautiful one. Once upon a time, we all tried to watch whatever the hot show of the moment was so that we wouldn’t be left out of the conversation. George Clooney rescued a kid from a storm drain on E.R., and people talked about it. “Not Penny’s Boat.” People talked about it. Someone shot at Jed Bartlet, Chris and Paulie got lost in the Pine Barrens, Sydney Bristow’s mom turned up alive and Buffy’s mom died. All conversation starters. All things that could, at least briefly, bring us together.

But oh, my sweet summer child, those days are gone. It’s not that we’re no longer talking about television. Spend 10 minutes on Twitter on a weeknight and you could easily stumble into a war between rival ‘shipper factions, feverish speculation about the timelines on Westworld or who’s going to die on This Is Us, and endless thoughts about everything from RuPaul’s Drag Race to The Rachel Maddow Show. We’re definitely still flapping our jaws about TV, but there’s just so much of it, and as is the case with so much of social media, it can be hard to find the conversation amidst all the noise and bile. That’s if you can bring yourself to dip into your feed at all. Some days, silence is greatly preferable.

That there is so much great television out there is a wonderful problem to have. That, at least, is an honest to god good thing. And if you can find your way to the conversation — leaving trolls in the dust, one hopes — it’s still possible to capture that feeling of existing in the same moment as everyone else. In a world spiraling out of control, we’ve still got good stories, and if we can take a few minutes to talk about those stories with others, there’s comfort to be found. So here’s what we’ve loved so far in 2018. Come talk to us.

One technical note: Because television is seasonal, we only considered shows that have aired more than half of the episodes of their current seasons in 2018. That means standouts like The Good Place and new arrivals like Pose won’t be found below. Neither will some other gems. There’s so much great television that a few bright lights will always be excluded. You’ll find a few such picks — a best of the rest, if you will — below.

The Best of the Rest – Our Personal Picks 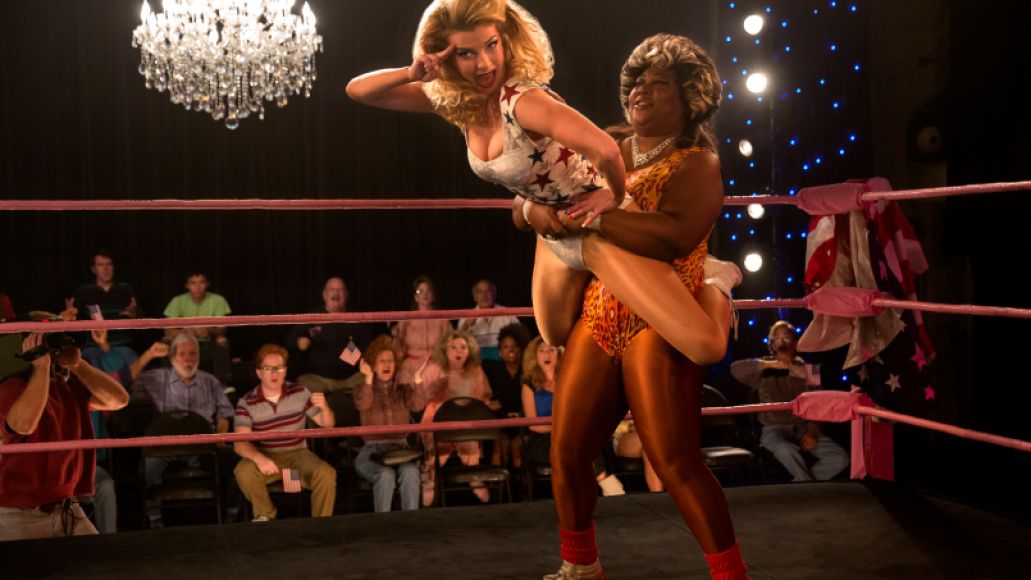 Allison Shoemaker, Vida: This gorgeous Starz series from Tanya Saracho peers, clear-eyed, into the lives of two Latinx sisters grappling with the loss of their mother; it’s sexy, sad, and so, so smart, anchored by a terrific cast.

Dominick Suzanne-Mayer, GLOW: For all of its joyous kitsch and wrestling-fueled camp, GLOW‘s first season was above all an affecting take on how hard it is to be a female entertainer. You’ll be thrilled to know that the brand-new second season doesn’t miss a step in the same direction.

Kate Kulzick, Ugly Delicious: This thoughtful Netflix docuseries explores the sociopolitical and economic implications of food and food culture, asking viewers to consider their biases and reflect on the complex, vibrant histories of foods too often taken for granted. Plus, that fried chicken looks good.

Randall Colburn, The Challenge: Lemme guess, you dropped off around 2004? Good news: It’s much, much better now.

Clint Worthington The Expanse: The best science fiction show on the air, The Expanse finishes its tenure on Syfy with a third season that keeps spicing up its political space opera with enticing new characters and a novel adherence to grounded space physics.

Michael Roffman, Cobra Kai: Nobody needed another sequel to The Karate Kid, but then you watch YouTube’s Cobra Kai and realize it’s a story you actually crave. This is nostalgia with a purpose — a timely lesson that life is hardly black and white — and the way they rekindle the past for the future is exemplary for any other dusty franchise. 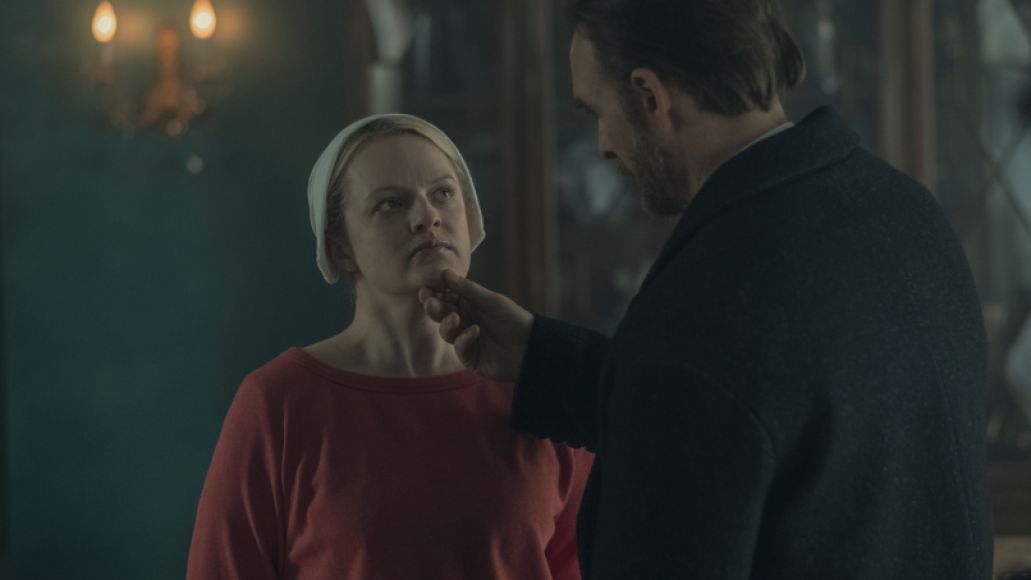 Must-See TV: Every week, I dread watching The Handmaid’s Tale. Every week, I drag my feet, putting off the fall into a dark hole that Bruce Miller’s series promises. And every week when it begins, I’m immediately riveted. Hulu’s critical and awards-show darling has had a frustrating second season, in some ways better than the first, in some ways worse.

But the things that make it vital and electric — world-class performances from Elisabeth Moss and the ensemble, a breathtaking visual language anchored by costume designs that have become political symbols, and an eerie, terrifying timeliness that’s only grown more pronounced — have been present from moment one.

Yes, it’s inconsistent, but its aims are so high that anything but inconsistency would be a miracle. It wants not only to tell a story, but to ask you to confront the horrors of our world and how each of us might be complicit in those horrors, Under His Eye. — Allison Shoemaker 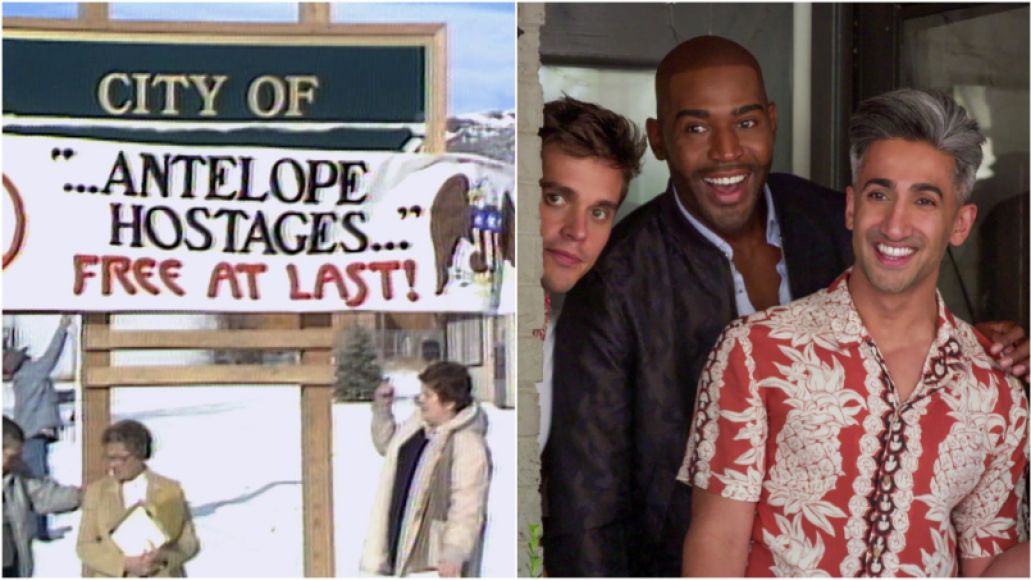 Season: Wild Wild Country, first (and only) season, 6 episodes; Queer Eye, seasons one and two, eight episodes each, plus one special.

Must-See TV: Netflix’s earnest LGBT-friendly reboot of Queer Eye (which just aired its second season) and their Duplass-produced cult docuseries Wild Wild Country are two great tastes that go great together — like chocolate and peanut butter, or chocolate and vanilla. Or chocolate and everything else, really.

In many ways, both shows effortlessly explore very specific cultural nerves at this anxiety-inducing time for America. Queer Eye’s sunny inclusiveness is a soothing balm for a country starved for acceptance, love and coordinated colors, giving us hope that we can reach across the aisle and find common ground.

Wild Wild Country, meanwhile, exhaustively documents a harrowing, unbelievable series of events in American history to talk about cult mentality, tribalism, and the inscrutable nature of truth in a news media-fueled world. Whether you want a mirror for the divided world we live in, or just a nice warm hug through your television, Netflix has you covered. –Clint Worthington 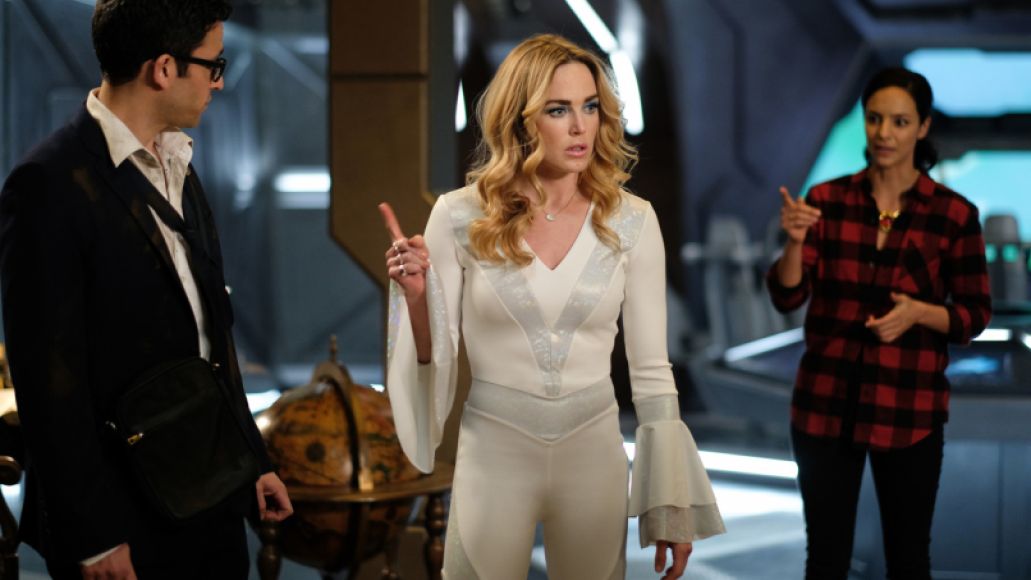 Must-See TV: A candy-colored jaunt through time, space, and more, DC’s Legends of Tomorrow grew in 2018 from its start as a fun but disjointed lark to become a compelling, satisfying thrill ride. Dripping with verve and swagger, the series’ “fuck it” attitude is infectious, bringing audiences happily along as its super-powered misfits bop through time, fighting demon possession in the ’60s, sparring with Blackbeard in the Bermuda Triangle, and battling a clone army in 2213.

Legends of Tomorrow’s irrepressible whimsy and glee, and strong camp sensibilities, keep it from falling into self-seriousness and its sarcastic humor leavens the potentially saccharine core of sentimentality and earnestness that’s always bubbling away beneath the surface. It may have taken a while, but in season three this unruly gaggle of washed up and broken down former sidekicks found their place as a team, a family, and if not always as heroes, then certainly as legends. —Kate Kulzick 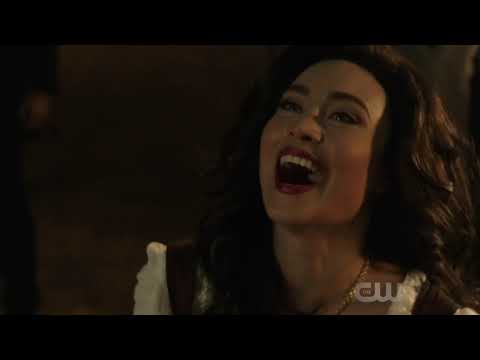 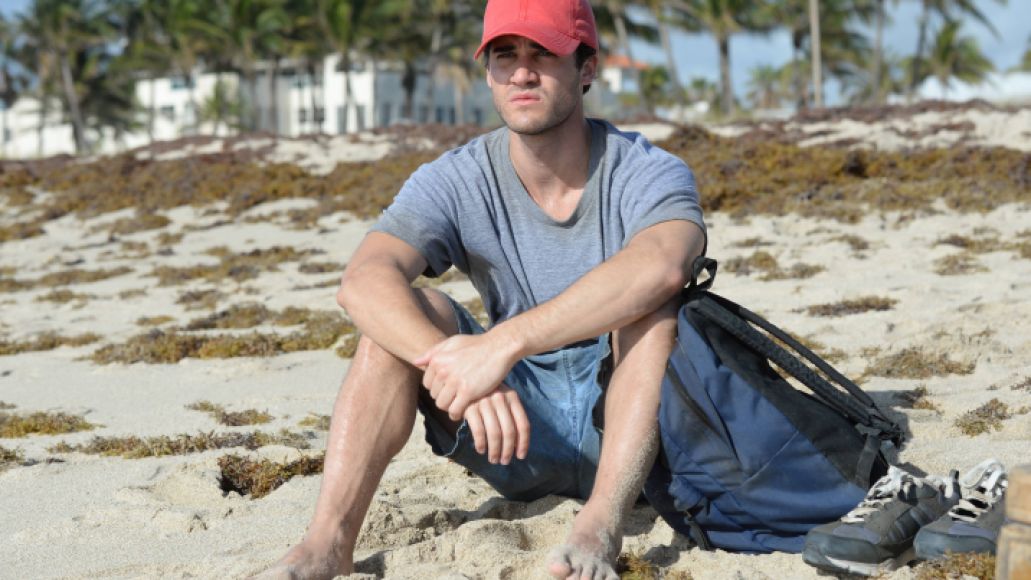 Must-See TV: If David Lynch reigned over television in 2017, this year belongs to Ryan Murphy. But, we already knew that back in January, when the second season of American Crime Story swept everyone away to the lascivious ’90s. On the surface, it’s a total distillation of Murphy’s worst trademarks — his hit-or-miss brand of melodrama, his ensemble of larger-than-life caricatures, and his manic, sweeping gesticulations at cultural commentary — only it’s made pure through execution. Stylish, sensual, and curiously affecting, The Assassination of Gianni Versace feels like a genuine statement from the veteran producer (and from writer Tom Rob Smith).

Much like the first season wasn’t really about the OJ Simpson, this series is hardly about Versace. Instead, it’s a lavish and sobering portrait of queer culture, not just for yesterday, but today. Through the eyes of spree killer Andrew Cunanan, played to dizzying spectacle by Darren Criss, we witness a thriving scene hampered by society around it. It’s a tricky line Murphy toes, and one that hasn’t been without its share of controversy, but he nails it. And thanks to a saucy soundtrack that ranges from Phil Collins to Laura Branigan to Aimee Mann covering the goddamn Cars, Murphy makes it an event. –Michael Roffman 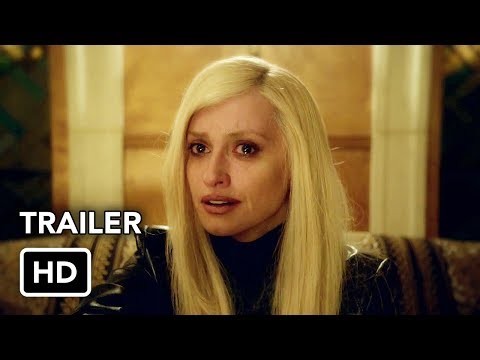 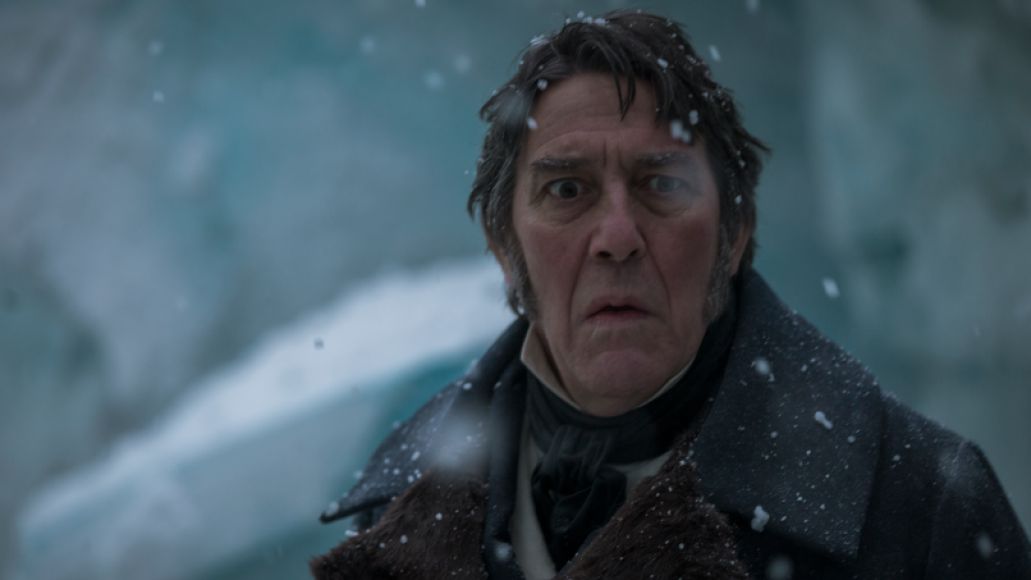 Must-See TV: Chilling both visually and thematically, The Terror explored the nature of man under duress, or more specifically, the nature of “civilized” man. The anthology series’ first season followed British explorers on the HMS Erebus and HMS Terror through their doomed 1845–1848 expedition to find a Northwest passage.

Certain and righteous at the start and ranging from quietly contemplative to violently insane by the end, the series probed the nature of humanity, with terrific performances from a deep ensemble bench, gorgeous cinematography and direction, and striking, memorable imagery that lingers in viewers’ imaginations long after the finale.

The Terror’s themes may be familiar, but its masterful execution is what separates this remarkable series from other survival horror narratives, prioritizing patient character work over plot twists and visceral, atmospheric storytelling over spectacle. –Kate Kulzick 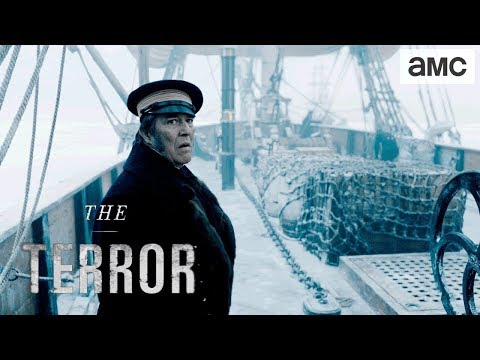