Earlier this week, we reported that Blink-182 drummer Travis Barker was suffering from blood clots in his arms, which has forced the band to postpone its ongoing residency in Las Vegas. Unfortunately, according to an update from TMZ, it appears the situation has only gotten worse for Barker.

The 42-year old was released from an LA-area hospital on Monday evening, but returned the following morning due to further complications. According to a doctor’s note posted to a story on Barker’s Instagram (via ET Online), the drummer has, due to the blood clots, “developed thrombophlebitis in his bilateral and upper extremities as well as cellulitis.” 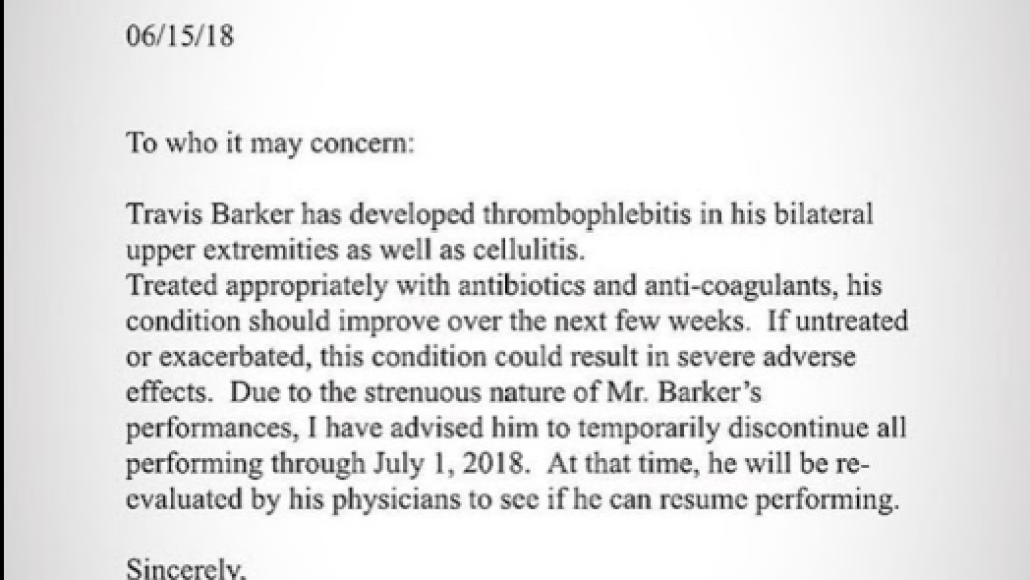 Reports also note that Barker is suffering from a staph infection as well. He’s currently being treated, but the doctor advises that Barker hold off on performing until at least July 1st. As such, don’t expect an update as to when the band will be rescheduling their Vegas shows until later this summer.