With the release of their new album, Ordinary Corrupt Human Love, Deafheaven have propelled themselves firmly into the indie music world and attained an audience any other metal band debuting this decade would envy. However, while most of modern metal cannot hold a candle to Deafheaven’s crossover success, that doesn’t mean there aren’t other metal bands rock fans should know about.

Ignore the pretentious gatekeepers telling you that listening to Deafheaven, Metallica, or Black Sabbath does not mean you like metal. Every metal fan in existence had a singular band that introduced them to heavy metal, and too many are quick to forget that. If Deafheaven have piqued your interest in metal, now is as good a time as any to take a deeper dive. With the band four albums deep, it’s time to ditch the water wings and swim.

To help out, here are a mix of 10 modern metal albums both old and new that Deafheaven fans should turn to next. 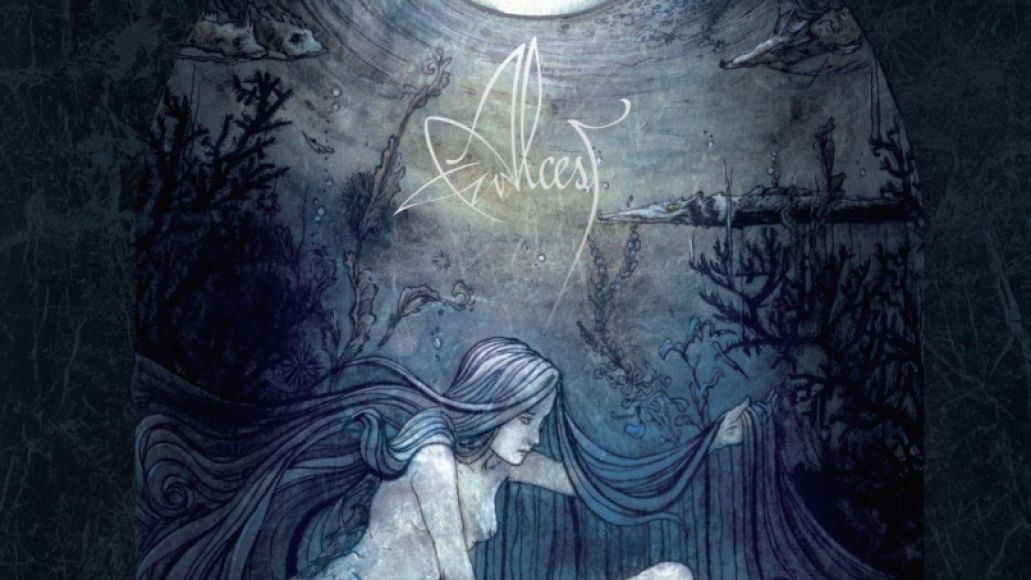 When discussing bands that sound like Deafheaven, Alcest is typically one of the first two bands mentioned. Deafheaven are quick to cite the French shoegaze and black metal project as one of their early influences, and just about any project from Alcest should satisfy a Deafheaven fan. However, Deafheaven faithful should start with Écailles De Lune due to the album’s happy median between black metal and shoegaze. Other Alcest releases are typically more straightforward attempts at those genres, but this record is a beautiful blending of the two and served as one of the blueprints that George Clarke and Kerry McCoy would draw from.

Everything about this record — from the guitar tone to the way vocalist/multi-instrumentalist Neige’s croons are mixed — should feel like familiar territory. The album’s second track, “Écailles De Lune pt. 2”, runs the gamut of black metal, shoegaze, and post-rock in nearly 10 minutes in a similar fashion to how many of the tracks on Sunbather operate. Écailles De Lune features lengthy run times, beautiful transitions between loud and quiet passages, dramatic songwriting, and innovative riffs that run through an infinite chain of immersive delay and distortion pedal. The roots of the “blackgaze” genre begin with Alcest, but Écailles De Lune still feels as fresh as ever despite being the focal point of endless imitators. 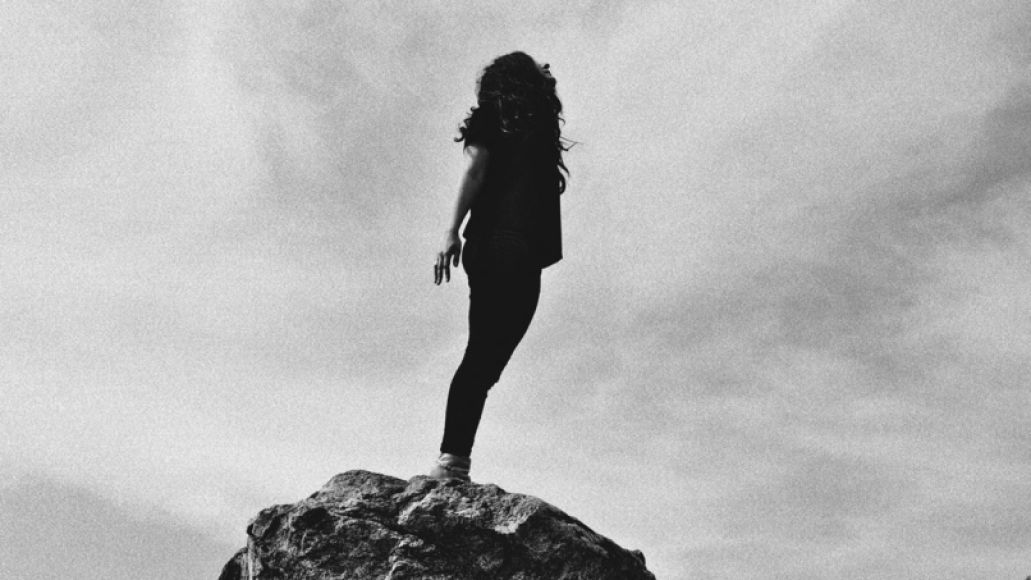 In the metal universe, shoegaze has been more than just mashed up with black metal. Bay Area native Kristina Esfandiari’s project, King Woman, takes shoegaze’s enveloping noise and sedates it to a steady and plodding pace. It may seem difficult to find many similarities between Doubt and Sunbather on the albums’ surfaces, but what they undoubtedly share is heavy tracks swirling with gorgeous fuzz and fearless heart-wrenching vocal performances. Esfandiari’s guttural howl of “Love Is Gone” on the EP’s second track, “King of Swords”, is a commanding and powerful performance from an evocative vocalist who shares George Clarke’s flair for the dramatic.

Esfandiari’s visceral songwriting and compelling singing over guitarist Colin Gallagher’s whirling crashes of noise fit snugly next to Deafheaven from a conceptual standpoint. Like Sunbather, these tracks ooze somber feelings of longing and personal pain. The galvanizing siren-like chorus of “Burn” crashes into the scene of a previously hypnotizing ballad before Esfandiari’s wail crushes anything daring to stand in her way into a vulnerable hazy stupor. All four of these tracks offer a wide dynamic range that should satisfy the cravings of Deafheaven fans looking for more new acts that mesh swelling shoegaze with a dark, heavy sound.

The Angelic Process – Weighing Our Souls with Sand (2007) 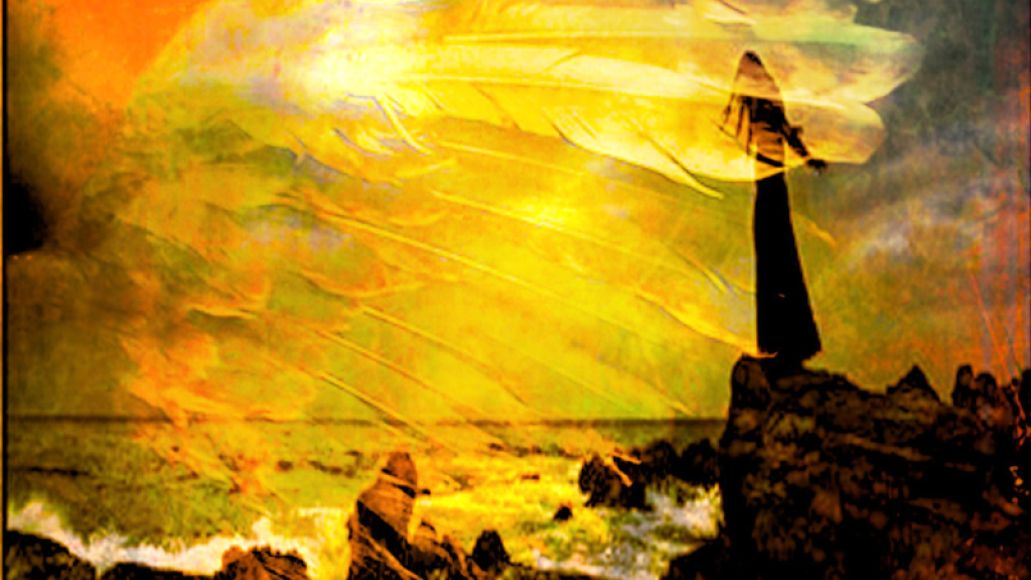 Weighing Our Souls with Sand exists without equal. While not the first to combine hazy shoegaze and titanic metal riffs, no other band has managed to recreate this album’s bleak, muddied atmosphere. There is no singular attribute or instrument that can be singled out off The Angelic Process’ magum opus because the album is so successful as a monolith of sound. The guitars, bass, vocals, drums, and synths all morph into a crushing tidal wave as they have seemingly all been mixed at about the same level. If a rumor circulated that the tape used to record this album was waterlogged, it would have quickly become a widely accepted tall tale.

While this album is very dark, it is also strikingly beautiful in a way that New Bermuda just cannot match. The gorgeous “Dying in A-Minor” hits with wave after wave of ethereal guitar riff as lead vocalist Kris Angylus’ croons are muffed by the rest of the sounds fighting for space. It’s fair to call this record cramped, but it’s hard to call this a detriment because the album so effortlessly engulfs everything into its world. Weighing Our Souls with Sand traversed new territory with unmatched texture and unique production techniques. The map exists, but none have quite found their way back to what The Angelic Process discovered. 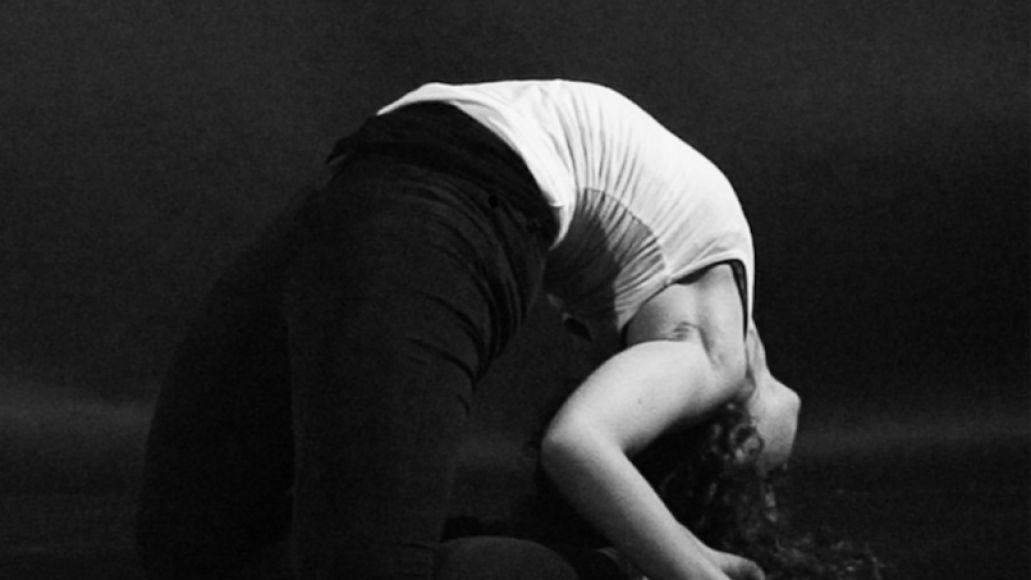 Altar of Plagues are a much deeper dive into the darkness of New Bermuda. This album’s hellishly adventurous atmosphere is a 49-minute inescapable nightmare crafted by the best Irish black metal outfit to ever emerge. Teethed Glory & Injury is so much more than your run-of-the-mill terrifying screams, punishing blast beats, and bleak tone. Altar of Plagues stir clean vocals, industrial noise, and an evil choir into the mix to give their haunted church some welcome extra flair. As the track “God Alone” begins to conclude, the booming, tormented choir gives off a cultish aura that the Ganados of Resident Evil 4 would probably appreciate.

Deafheaven fans looking for an even more vitriolic version of New Bermuda will enjoy this album’s consistently grim atmosphere that slightly morphs as the album progresses. Vocalist/Guitarist James Kelly’s leads contain numerous glinting guitar tones that should remind listeners of Kerry McCoy’s guitar work. Thankfully, Altar of Plagues did not conform to black metal’s typically lo-fi aesthetic for this album because Kelly’s profound roar has never sounded fuller or as decimating as on these high-quality recordings. The noisy aspects of Teethed Glory & Injury should also appeal to fans of Nine Inch Nails or Godflesh who wish those bands were even more feral.

The other band most commonly recommended to fans of Deafheaven is Wolves in the Throne Room. The pioneering Olympia, Washington, band were one of the first acts to combine shoegaze and black metal in the way Deafheaven fans recognize it. Unlike Alcest, Wolves in the Throne Room have never wavered from their black metal roots. Most of the band’s discography is considered classic within the blackgaze genre and has gone on to influence just about everyone playing this style today, including Deafheaven. The band’s second record, Two Hunters, was the first album in this style to reach a wide audience and remains as ferocious and awe-inspiring as it did in 2007.

Much like Deafheaven are doing today, Wolves in theThrone Room were rejecting many of the black metal clichés when Two Hunters was released and endured their fair share of criticism in a similar vein to what Deafheven would hear six years later. Rather than growling over a Casio that sounds like it’s being plugged into a Motorola Razr, the band added female vocalists and rich keyboards to tracks like “Clensing” — providing black metal with a dire jolt of creativity after a decade of bands mostly imitating the early ’90s Norwegian black metal scene. This record offers a lush array of ambient and soothing sounds before unleashing the post-rock and black metal fury that Deafheaven fans will immediately gravitate toward.

10 Other Metal Albums Deafheaven Fans Should Check Out