Everybody wants Stephen King. Over the past year, Maine’s best-selling author has been the hottest commodity for Hollywood as more and more studios pick up on the idea that this is a guy with a wealth of original content and sterling IP to boot. Blame it on the overnight success of Netflix’s Stranger Things or the stacks of cash Warner Bros. received for last year’s smash, It, but King hasn’t been this popular since the ’80s, and that’s not a bad thing. At a time when sequels, reboots, and comics reign supreme, it’s a relief to see old-fashioned stories being told again, even when they’re new adaptations of already-adapted works, such as next year’s facelifts for Pet Sematary and Firestarter.

Nothing, however, has come close to Castle Rock. Hulu’s new series is the most exciting use of King’s work since the Golden Age of Frank Darabont (see: 1994’s The Shawshank Redemption; 1998’s The Green Mile), back when King’s prestigious side still felt alien. It’s also the most inventive: Longtime fan J.J. Abrams, who once bid on the rights to The Dark Tower series for a cheeky $19 bucks, has once more turned a new page on prized source material. This isn’t some retelling, reboot, or remake — hell, it’s not even really a sequel, per se — it’s an expansion, an experiment in storytelling, a reaction to Hollywood’s incessant demands of familiar narratives. Consider this an antidote. 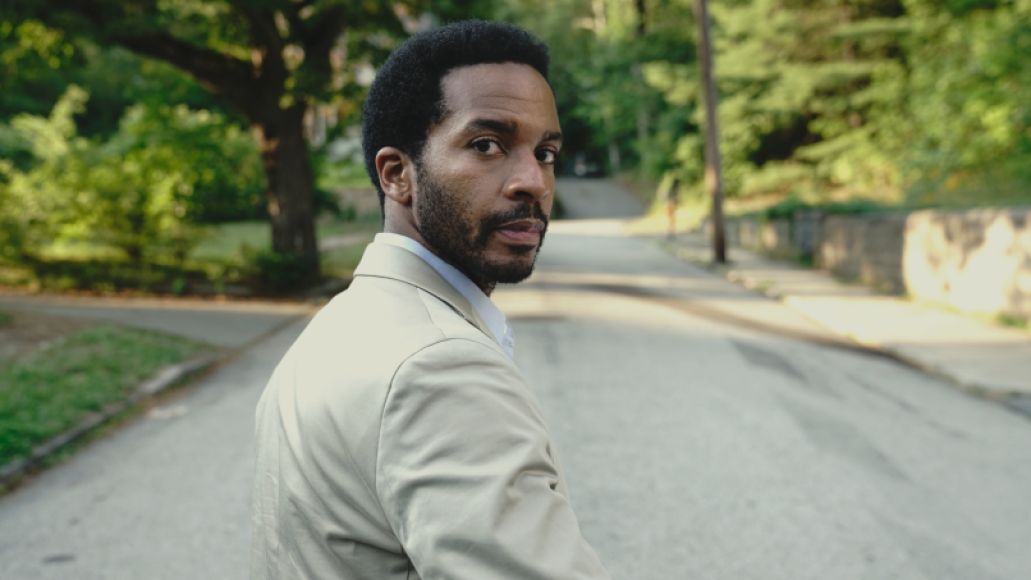 Without spoiling too much, the story centers around Henry Deaver (Andre Holland), a death-row attorney who returns to his hometown of Castle Rock when he’s curiously called upon by a strange inmate who’s been found hiding at Shawshank State Prison. Of course, that’s just the tip of the Rock; the story is far more complicated, involving over a dozen characters, most of whom are new, and that’s the intrigue of this series. Showrunners Sam Shaw and Dustin Thomason have strung together a sprawling story that’s right in line with King’s ensemble epics such as ‘Salem’s Lot, Needful Things, or the rather recent Under the Dome. This is dense, complex, and incredibly patient television.

It’s also remarkably faithful. When it was first announced back in early 2017, Bad Robot teased the series with an animated clip that roamed all across a map of Maine, highlighting iconic titles, characters, and places. At the time, it was anyone’s guess what to expect, which is exactly what Abrams always wants, and that mystery persists even four episodes in. Similar to Westworld, Game of Thrones, or Lost before it, Castle Rock relishes the little details, stuff that will be inconsequential to most, but essential to die-hards. As such, most Constant Readers will likely spend hours after every episode parsing through each frame on Reddit, calling out trivia like the Dodd house or The Mellow Tiger. 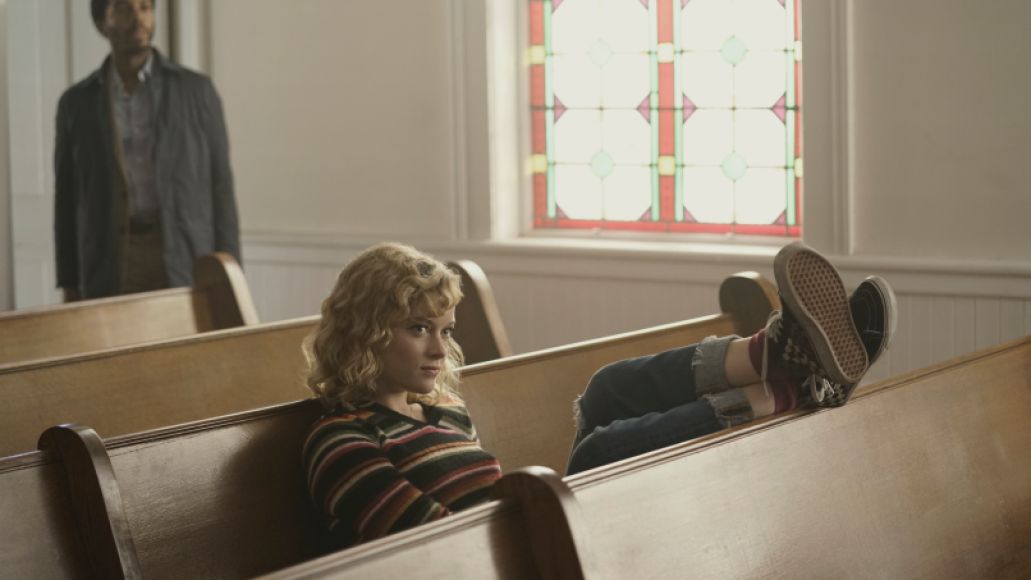 These add weathered cracks to a town that is very much alive and lived in. Because unlike a number of Reddit Shows, Castle Rock stays committed to the story at hand, and every nook and cranny winds up “serving the Beam,” to borrow a phrase from King. Granted, not everything is connected, but each detail adds flavor, which is why it doesn’t take very long to get a feel for the town, another trademark of King’s that Shaw and Thomason nails with aplomb. So, by the time the two-part pilot wraps, and we’re sitting in a beat-up pickup truck with grizzled, retired Sheriff Alan Pangborn (Scott Glenn), there’s a comfort in having both a through-line in motion and a rich playground to play in.

So much can happen. Even better, you know so much will happen, and unlike Lost or previous Bad Robot productions, there’s a confidence at hand that suggests they’ve actually taken their time hammering in all the right nails. It helps that the whole thing looks so damn sharp. Mad Men director Michael Uppendahl sets the tone for the series, striking a natural balance between Darabont and David Cronenberg’s vision for King, leaning slightly on the former with the return of Shawshank and Green Mile composer Thomas Newman. If that’s not a commitment to a vision, then, well, good luck finding a better team to reproduce King. Save for grabbing Darabont, this is as legit as it comes. 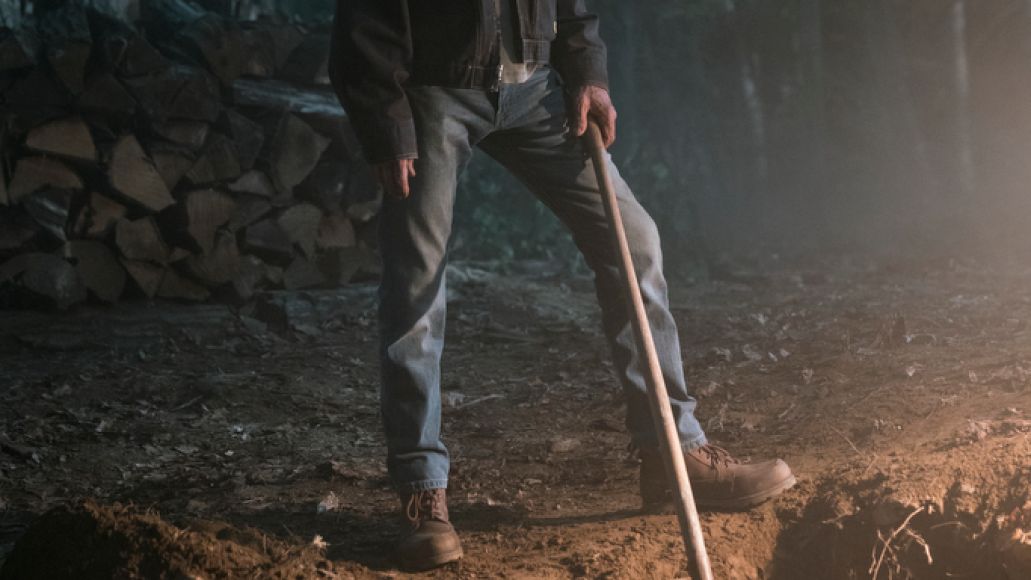 That legitimacy pays dividends; it sells the drama and lands the horror. Think about 2007’s The Mist, the strongest post-2000 King adaptation, namely how Darabont mixes the prestige and horror to unnerving results. The same applies to Castle Rock, where a similar economical blend parses out King’s strengths in terror and drama to delicate measures. This is likely why they were able to rope in such an A-list cast, from Sissy Spacek to Melanie Lynskey to Terry O’Quinn, who all commit to the scenery without a single ounce of camp. So far, it hasn’t come close to being maudlin or treacly or inconsistent. Rather, there’s a raw naturalism to the performances that matches the show’s aesthetic.

To nail so many components is a marvel in itself. After all, how many times has King’s works been derailed on screen? More often than not. And yet Castle Rock not only conjures up the magic of King’s oeuvre, but expands upon it. Such a staggering feat proves successful because the series doesn’t have to be so indebted to the source material. Instead, the past acts more like a crutch, propping up the current stories to give them an edge and a sense of place. We’ve seen this recently with YouTube’s excellent Karate Kid series, Cobra Kai, another surprising approach to the sequel, and like that show, the past informs the present in ways that feel anything but regurgitated. 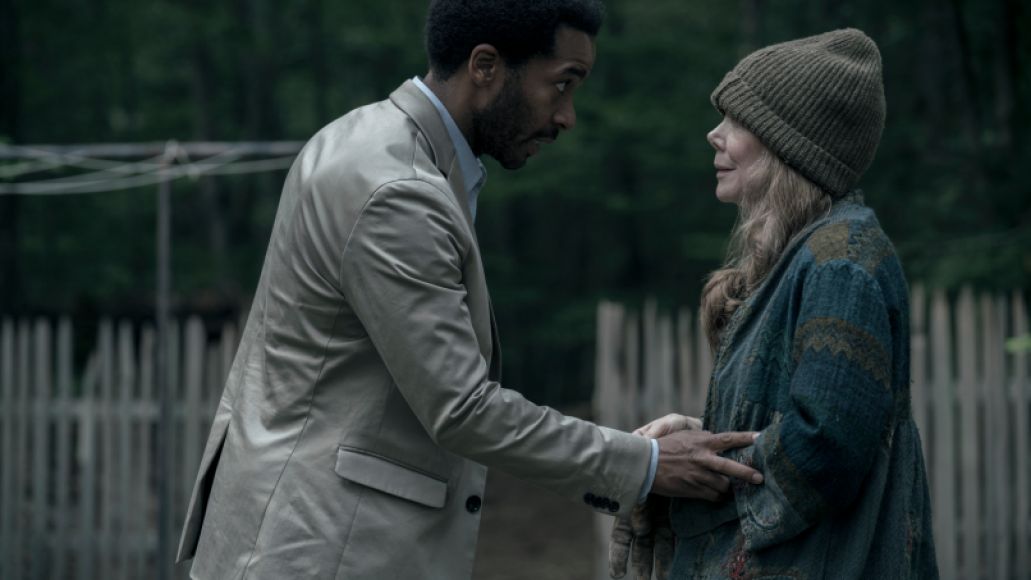 Looking back, it could have been so easy for Bad Robot to simply redo Needful Things as a series or any other King novel for that matter. What this does is give them more agency and plenty of room to breathe. In a sense, they’ve created a Stephen King Cinematic Universe for themselves, and seeing how it’s produced by Warner Bros., the properties can go very deep. Again, that doesn’t appear to be the focus of Castle Rock, but rather the skeleton key to tell more original stories, which is paramount in an era where brand recognition and IP is seemingly the only way to exist. That reason alone is why the series is such a valuable commodity, not only for Hulu but for all the creatives involved.

Rest assured, this isn’t exploitation. In fact, what separates Castle Rock from most Stephen King adaptations is that it actually feels like you’re reading a new novel of his. The characters are introduced and evolved similarly; the streets, alleyways, and hangouts strangely become familiar; and the line of tension keeps you wanting more. Oh, it’s a page turner, alright, and one without an ending in sight. Granted, that’s risky business in Abrams’ world, at least based on his track record, but Shaw and Thomason have instilled enough goodwill with these first chapters that we’re ready to keep binging under the covers in complete darkness with our bookmarks collecting dust on the nightstand.

Want to stay in Castle Rock? Subscribe to The Losers’ Club, our weekly Stephen King podcast, which will break down every episode this season starting with the series premiere on Wednesday, July 25th. What’s more, they’re also hosting a two-day Stephen King film festival at Chicago’s historic Music Box Theatre, all centered around the fictional small town. Screenings include Stand by Me, Needful Things, The Shawshank Redemption, Cujo, and many more. Get more information, including tickets and the complete lineup, at the theatre’s official website.