During some downtime at Lollapalooza Argentina this past May, Mac DeMarco dropped in on an impromptu jam session featuring Anderson .Paak and Red Hot Chili Peppers’ Flea. Over the weekend at Japan’s Fuji Rock Festival, it was DeMarco’s own set that featured a special guest.

Midway through covering Kyu Sakamoto’s ’60s classic “Sukiyaki”, DeMarco welcomed Post Malone to the stage, as Pitchfork points out. The Beerpongs and Bentleys rapper, who was also in town to play the festival, contributed to the performance by handling — of all instruments — the egg shaker. Because of course.

“Mac had his Japanese friend sing an extremely popular 60s Japanese Pop tune and halfway through post came out for some professional egg shaking,” reads a fan’s YouTube description of the cameo. “At this point everyone in the audience is flipping their collective shit.”

Check out video and pictures below. 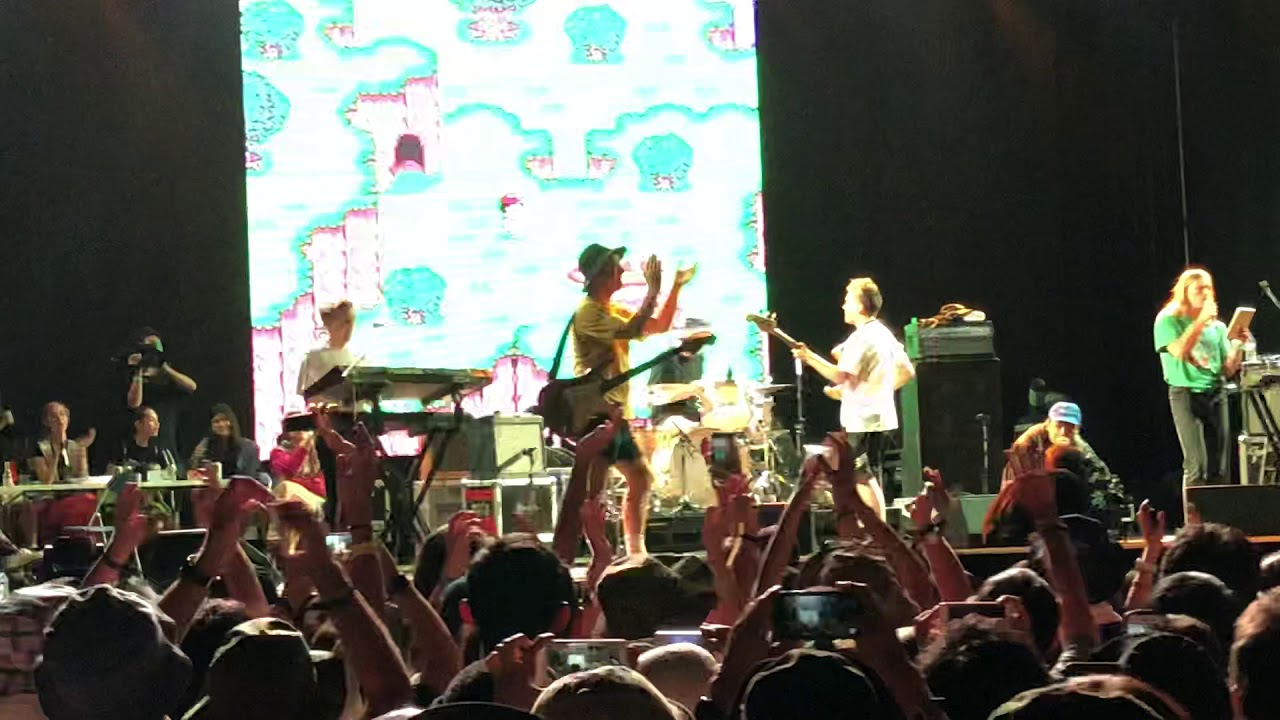 DeMarco released two new songs, “She’s My Sweet” and “Fuck the Toronto Raptors”, a few months back. His last full-length, This Old Dog, came out in 2017.