Robin Williams’ stand-up comedy always seemed to be on the verge of chaos. It poured out of him in manic but carefully balanced bursts, leading many interviewers to question whether his brain simply worked faster than everyone else’s. HBO’s new documentary Robin Williams: Come Inside My Mind attempts to make sense of Williams’ chaotic mind by charting the story of his life — from his lonely but comedy-filled childhood to his untimely death in 2014. But though it doesn’t feel outwardly chaotic (that straightforward birth-to-death narrative gives the film a familiar structure), the documentary is interested in so many different aspects of Williams’ life that it sacrifices depth for breadth. Come Inside My Mind is a moving, engaging portrait of a beloved comedic icon, but like Williams himself, it sometimes lacks focus.

Come Inside My Mind is a feat of compilation as much as directing. Director Marina Zenovich — who previously helmed the 2013 documentary Richard Pryor: Omit the Logic — does an incredible job at both amassing and weaving together archival footage, personal photos, and interviews with Williams in order to present an exploration of his complex life, told partially in his own words. (Talking head interviews with Williams’ family and friends fill in the gaps.) But editing — or more so, a lack of it — is also a downfall for the documentary as well. Come Inside My Mind is so eager to offer a comprehensive look at Williams’ life that it blunts its own impact by biting off more than it can chew. Rather than excise tangents that don’t really go anywhere — like the fact that Williams’ had two half-brothers who he wasn’t raised with — Zenovich prefers to paint the tapestry of Williams’ life with a broad brush.

In other words, Come Inside My Mind probably needed to be either longer or shorter in order to fully land. At two hours, the film too often cuts off interesting ideas in order to return to the straightforward narrative of Williams’ life — from his beginnings in theater and improv to his breakout stardom in Mork & Mindy to the various ebbs and flows of his life and career (Williams was married three times). Yet it also skips over large chunks of his biography as well, particularly when it comes to the details of his film career.

To be fair, part of that is intentional. Zenovich knows Williams’ career highlights will likely be familiar to many, and her film shines a light on lesser-explored aspects of his life and work. We don’t see Williams win an Oscar for Good Will Hunting, but we do get to watch some hilarious footage of him losing to both Daniel Day-Lewis and Jack Nicholson in a three-person category at the 2003 Critics Choice Awards. The film breezes past Williams’ 1990s movie career in a quick montage of posters, but stops for an in-depth exploration of his work in a 1988 production of Waiting For Godot co-starring Steve Martin.

While some of the narrative choices feel purposeful, at other points the film is choppy or repetitive. That’s especially true in the talking head interviews, which often feel more obligatory than revelatory. Zenovich was able to get access to an impressive array of people who knew Williams personally, from his first wife Valerie Velardi to his oldest son Zak Williams to famous faces like David Letterman, Eric Idle, Whoopi Goldberg, Steve Martin, and Lewis Black. However, the film could’ve been more judicious in cutting down those interviews (or trimming some altogether), given that so many of them drive home the exact same points: Williams struggled with self-doubt and insecurity, which fueled his need to perform. Comedy became its own form of addiction for him (Williams also struggled with substance abuse throughout his life). Williams’ manic comedic energy was both a blessing and a curse. The ideas themselves are engaging, but they’re simply repeated too many times by too many people — particularly when the footage of Williams himself often makes the same point.

Thankfully, Come Inside My Mind stumbles upon true greatness when it delves into the long, close friendship of Williams and Billy Crystal. Crystal is by far the most engaging interview subject in the documentary, particularly when he shares stories about (and then actual audio from) gag voicemails Williams would leave as comedic characters. Crystal resists the urge to tie too neat of a bow on Williams’ life and death, as other interview subjects do. Instead, he merely speaks openly and lovingly about his dear friend.

Aside from the Crystal material, the film is strongest when it lets Williams speak for himself, whether in performance, in old home movies, or in interviews. There are a wealth of great finds here, from recordings of Williams’ early 1970s comedy routines to outtakes from his various projects (including some particularly hilarious ones from Sesame Street) to footage of Williams goofing off with his comedy-loving mom. Given that much of it is pulled from existing public footage, bits and pieces of Come Inside My Mind will likely be familiar to individual viewers. But there’s so much archival material crammed into the film that it seems unlikely any but the most hardcore Williams fans would have seen all of these clips beforehand.

That said, there are no major revelations to be found in Come Inside My Mind. The documentary doesn’t sanitize Williams’ past, but it’s not interested in painting a scandalous picture either. Williams’ drug use, infidelity, and occasionally absentee parenting are given larger, sympathetic contexts by those who knew him best. The documentary also doesn’t delve too deeply into Williams’ physical decline and death — a choice that feels both respectful and a little frustrating (the term Lewy body dementia is mentioned but never explained). Given that it’s only been four years since Williams’ passing, perhaps this isn’t the right time for a more clinical evaluation.

Williams’ early death certainly gives an inherent poignancy to Come Inside My Mind, but the documentary honors his legacy far more with laughter than tears. Zenovich emphasizes the fact that it was kindness and empathy which motivated Williams, as much as his innate need to perform. While the film offers numerous attempts at psychoanalysis, in the end it’s the chance to simply watch Williams perform again that makes Come Inside My Mind so compelling. The advantage of the film’s linear biographical narrative is that it captures the enormous range of Williams’ work, from his frenzied early improv shows to his moving turns in Good Will Hunting and Dead Poets Society. For those who spent years with Williams as a major cultural force in their lives, watching Come Inside My Mind is like catching up with an old friend. 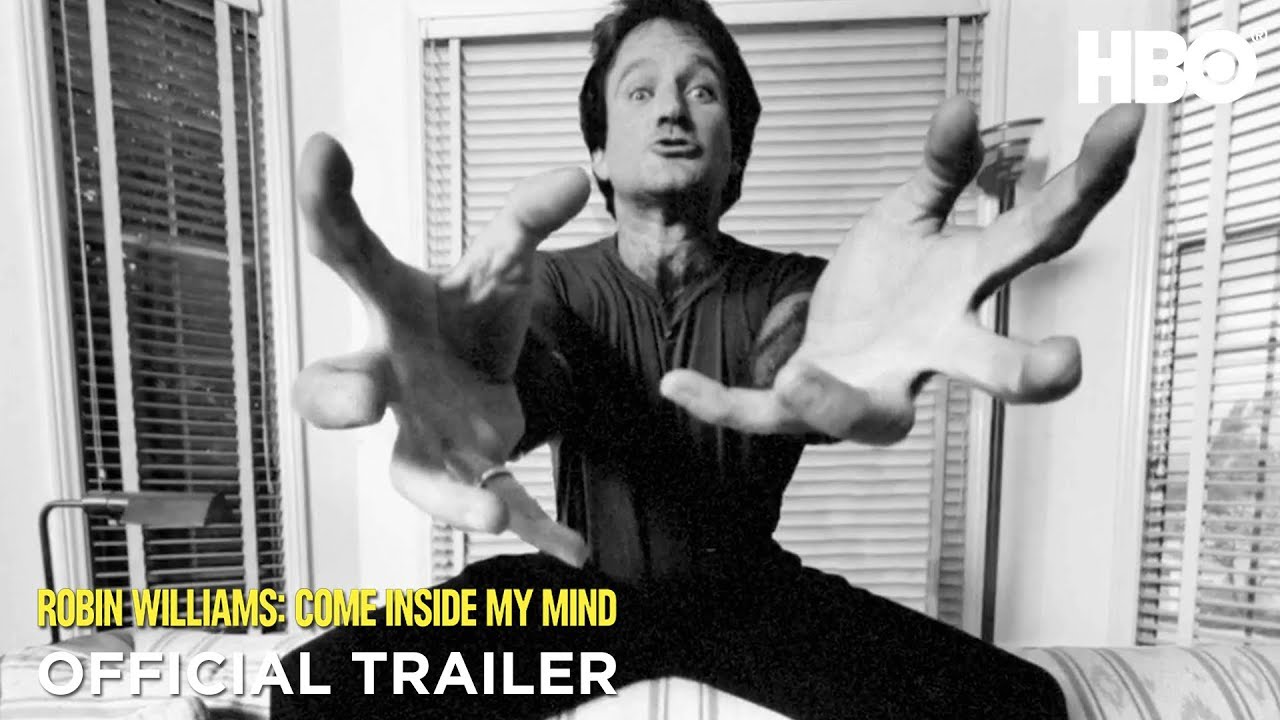