Pearl Jam headlined Belgium’s Rock Werchter over the weekend, delivering a powerful 24-song performance. The setlist included a dedication to fellow headliner Jack White (“Spin the Black Circle”), a guest appearance from Jack Johnson for John Lennon’s “Imagine”, and a number of jabs at President Donald Trump. One of the biggest surprises came early in the set, however, when PJ welcomed out Wayne Kramer and his MC50 band to play MC5’s classic “Kick Out the James”.

The stage was packed during the performance, as MC50’s Kramer, Kim Thayil (Soundgarden), Brendan Canty (Fugazi), Dug Pinnick (King’s X), Marcus Durant (Zen Guerrilla) joined the entirety of Pearl Jam. Eddie Vedder and Kramer traded verses and split the final refrain as the onslaught of guitars shredded out over the crowd. Take a look a crowd-shot footage of the collaboration below. 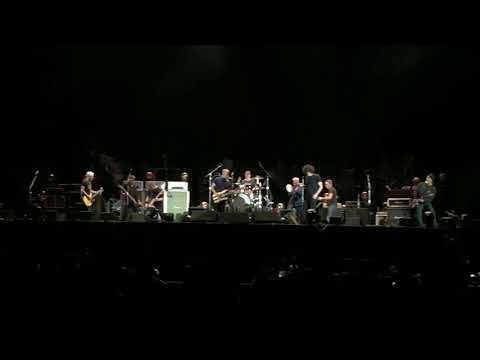 The Rock Werchter collaboration came one month after Thayil and Soundgraden/Pearl Jam drummer Matt Cameron reunited on stage for the first time since Chris Cornell’s passing in May 2017. The reunion occurred during MC50’s appearance at Denmark’s NorthSide Festival, during which Cameron filled in for regular drummer Brendan Canty. (Don Was also appeared on bass.) Watch footage of that performance below. 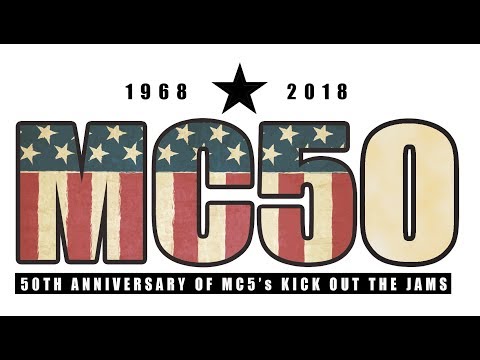 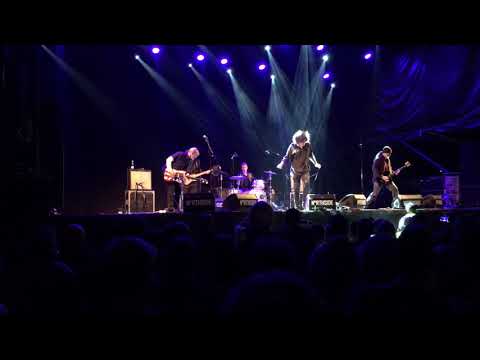 Pearl Jam and MC50 perform "Kick Out the Jams" at Rock Werchter: Watch