Pussy Riot is claiming credit for an on-field protest during today’s World Cup final in Moscow.

Four women dressed as police officers raced onto the field during the 52nd minute, causing referees to temporary halt the match. They were quickly apprehended by security.

In a subsequent statement posted to social media, Pussy Riot said the protest was inspired by Russian poet Dimitriy Prigov, who “created an image of a policeman, a carrier of the heavenly nationhood, in Russian culture.” The utopian “heavenly policeman” figure dreamed up by Prigov “rises as an example of manhood” and “is the organizer of this World Cup’s beautiful carnival,” according to Pussy Riot. He is a far cry from the “earthly policeman” operating in Russia today, which the group describes as one who “persecutes political prisoners”, “is afraid of celebration”, and “enters the game not caring about the rules”.

Second half starts with a bang…fans storm the field dressed like with ties. Never a dull moment at this World Cup #FRAvCRO pic.twitter.com/PHSiKmolh2

Update: Pussy Riot have shared a video recapping the protest along with footage of the protestors being interrogated. 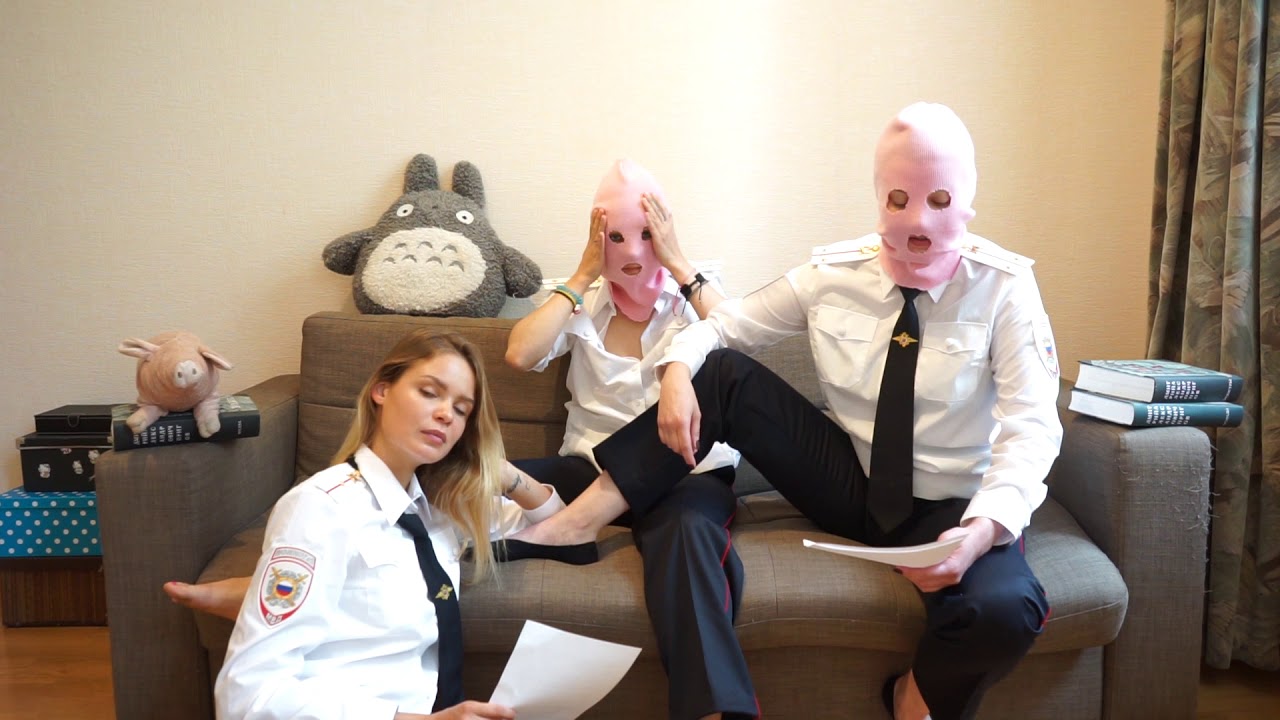 So much for the tolerant World Cup atmosphere. From the video of @gruppa_voina's police interrogation after @pussyrrriot's final protest, a cop says: "You shit all over Russia, yes?! It's a shame it's not 1937 anymore!"pic.twitter.com/YhhKiuZLkk

Over the years, the Russian feminist collective has staged numerous protests against Russian president Vladimir Putin and his government. Most notably, performed a protest song at Moscow’s Christ the Saviour Cathedral in 2012, leading to the arrest and prosecution of three of its members. Maria Alyokhina, Nadezhda Tolokonnikova, and Yekaterina Samutsevich were found guilty of “hooliganism motivated by religious hatred or hostility”and sentenced to two years in prison. Their ensuing prison sentence made Pussy Riot a household name, and they’ve remained a thorn in Putin’s side ever since.