Today brings the release of Santigold’s I Don’t Want: The Gold Fire Sessions, a surprise mixtape the pop artist announced just yesterday. Subscribers of Apple Music and Spotify can stream it below.

Recorded with Mixpak’s Dre Skull, the 10-track release was inspired by the dancehall artists Santigold grew up listening while visiting Jamaica. Several songs were resurrected from previous, unfinished projects and reworked with Dre, including pieces initially developed with Diplo and dancehall producer Ricky Blaze.

In an interview with Pitchfork, Santigold revealed she recorded a good chunk of the mixtape while pregnant with twins. “Right before the babies came, I was like, I should finish this. So I was recording myself nine months pregnant in a room. ‘Gold Fire’ I did the week before I was due. But I got it done.”

“A lot of songs on this record I wrote in the studio. I was thinking of it as a mixtape,” she added. “The whole point was: These are the issues on my mind right now. Just throw it down. Don’t be too precious about the lyrics. That’s why I called it The Gold Fire Sessions, because it’s a collection of songs from the moment.”

The socially conscious artist also discusse how the mixtape’s lyrics function more as social commentary than political statement: “Politics are wack—it’s mostly about the characters instead of the issues, like how religion is about religion instead of spirituality,” she explained. “But I think a lot of the issues playing out in politics right now are super relevant, and I care a lot about them.” That said, she’s quick to call it “a summer reggae record, too.”

I Don’t Want: The Gold Fire Sessions serves as the follow-up to 2016’s 99¢. In support, Santigold is slated for a number of upcoming festivals, including Las Vegas’ Life Is Beautiful, Long Beach’s Music Tastes Good, and San Francisco’s Treasure Island. 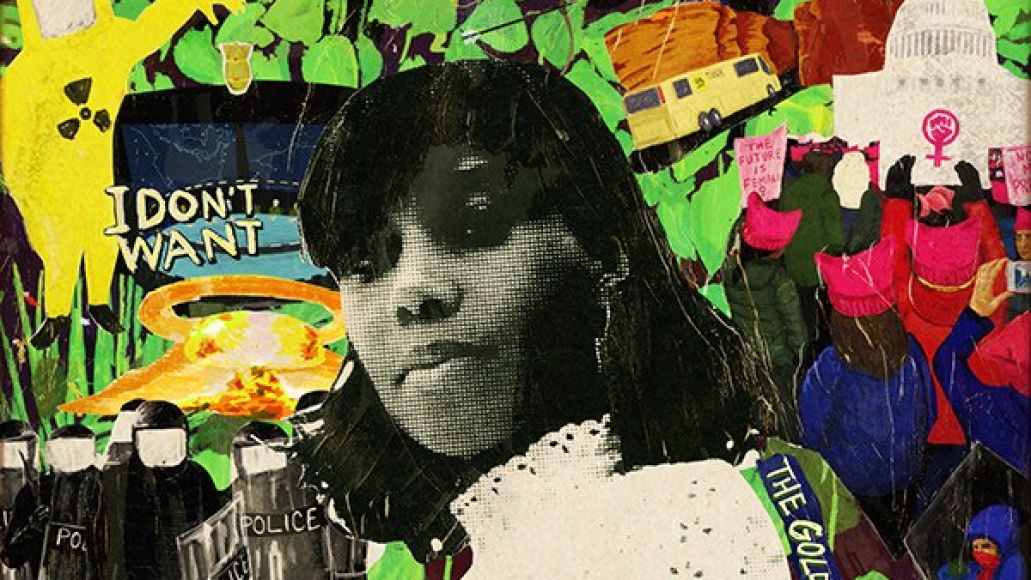