Sorting through more than 50 years of North American music festival lineups is a daunting task any way you slice it. To create this definitive list, more than a dozen Consequence of Sound festival critics spent three weeks drawing from our own experiences, culling from the annals of festival history, and chasing down events and weekends that time had all but forgotten. To offer some scope for this project, for every festival that ended up making this list, assume at least a couple dozen contenders didn’t.

As for the impossible task of discerning between so many remarkable lineups, when in doubt, we tried to put ourselves in the Birkenstocks, Doc Martens, or flip-flops of those attending that particular festival, asking: What did seeing that lineup at that time and place mean to those in attendance? It’s an exercise that let us relive some of the best weekends of our lives; in other cases, it put us front and center to see festival history being made. More than anything, though, curating this list reminded us precisely why we will continue to trek all around this continent, ride the rails, and sing our throats sore while our favorite artists play deep into the night.

Our good friends at Vivid Seats helped make this comprehensive project possible. Check out our top-five music festival lineups of all time below as a primer, and then be sure to crowd surf over to Vivid’s site to see the rest of our handpicked list by clicking here or on the banner below.

To check out the complete list hosted by Vivid Seats, click here or on the banner above. 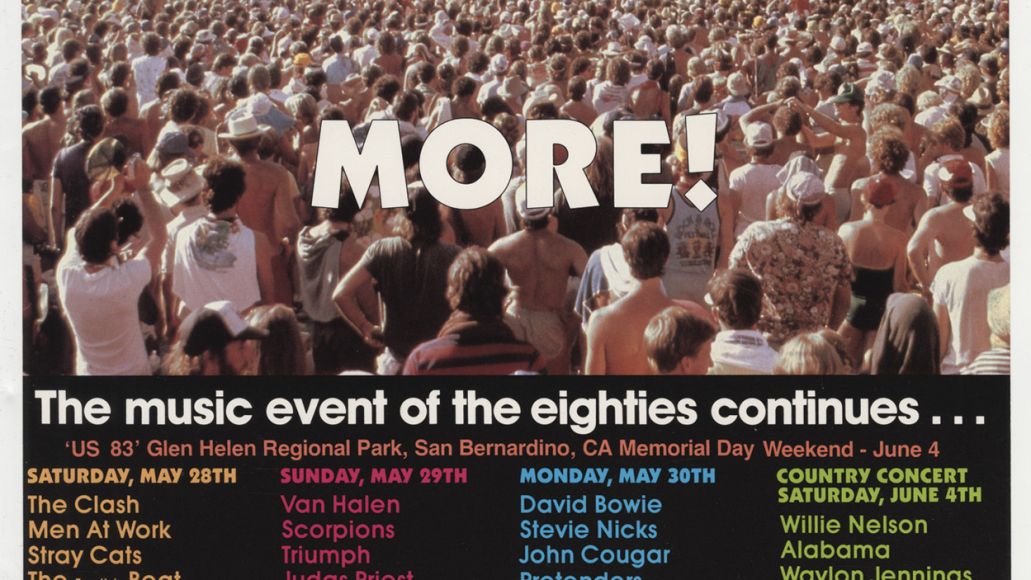 It’s incredibly hard … no, impossible, to believe that the only band that matters once shared a festival bill with the only man that matters. The unlikely clash of glam rock’s alien figurehead and post punk’s most influential grouping seems unlikely, even impossible. But there you have it. Just like the moon landing, it happened. Not only did it happen, but it happened with Willie Nelson and Van Halen in tow, with the latter earning a Guinness Book of World Records-shattering 1.5 million dollars for their performance at the height of their commercial success as a group. –John Flynn 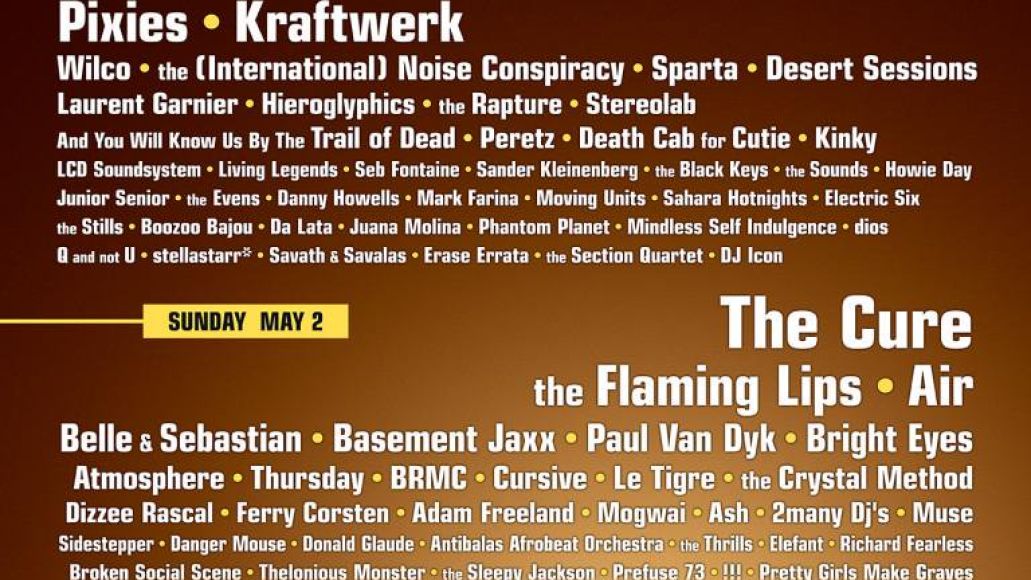 Coachella nabbed Radiohead for their only US show of 2004, and Thom Yorke and co. rewarded the Indio crowd with a set that led off with then-recent Hail to the Thief cuts like “2 + 2 = 5” and “There There” while also featuring “Karma Police”, “Paranoid Android”, and, yes, even “Creep”. Pixies also reunited for their first festival date in over a decade while The Cure debuted three songs live for the first time. The small-font part of the lineup also showcased future headliners, including The Killers, The Black Keys, and LCD Soundsystem. –Killian Young 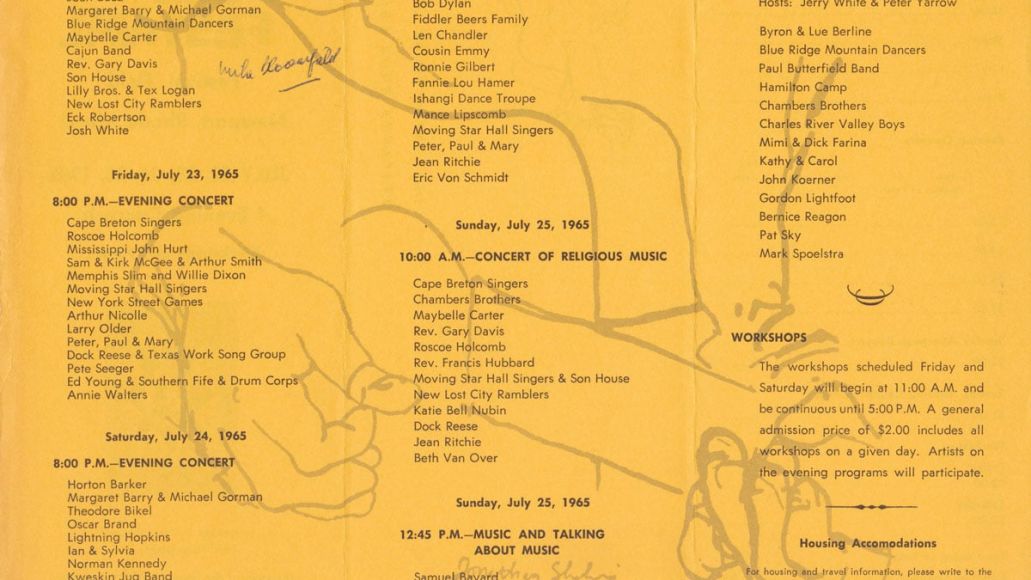 Each one of the Newport Folk Fests from the ’60s has its legends, but none are as defining as ’65. Dylan being on the lineup was just a continuation of his rise since Joan Baez had introduced him two years prior, but the chords he played that Sunday evening resonated for decades. And in the same weekend, Baez introduced the US to Donovan. This lineup is not just retrospectively impressive; it’s eternally significant. –Ben Kaye 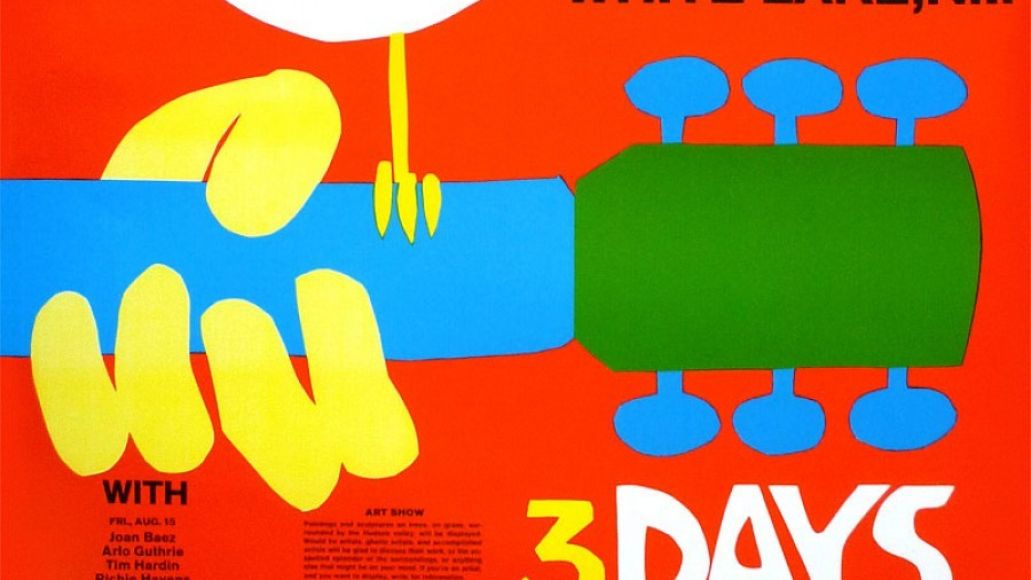 Woodstock was a revolution for a reason. Looking back, it’s hard not to idolize the lineup — Jimi Hendrix, The Who, Jefferson Airplane, Joan Baez, Arlo Guthrie, Creedence Clearwater Revival, Santana, Ravi Shankar, Crosby, Stills, Nash & Young — knowing what we know now. Joe Cocker gave a legendary performance of The Beatles’ “With a Little Help from My Friends”. The seven-minute version of “My Generation” during daybreak. Hendrix’s pyrotechnic rendition of “The Star-Spangled Banner”. The three-day festival spilled into four days. Yet, before any of that happened, the lineup itself was already revolutionary, causing 400,000 people to trek to the middle of nowhere to see it. –Nina Corcoran 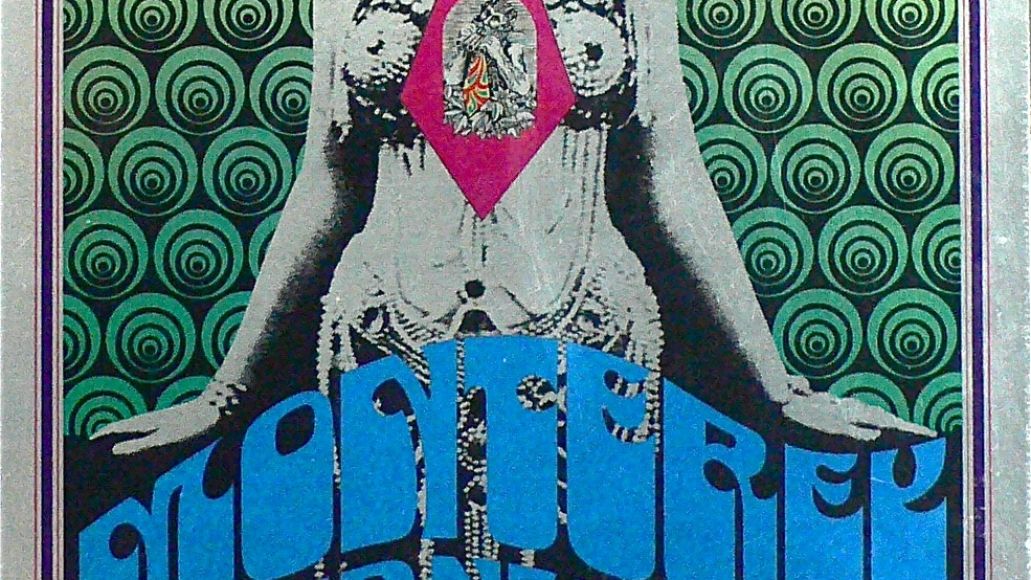 Woodstock will always occupy a uniquely mythological place in the pantheon of American musical festivals, but the 1967 Monterey International Pop Music Festival remains a luminous snapshot of a countercultural epoch beyond compare. Though big-hitters including Dylan and The Beatles were noticeably absent, the three-day festival excelled in its aim of elevating rock to the same prestige as jazz and folk, all while introducing American audiences to future luminaries like Jimi Hendrix, Janis Joplin, Ravi Shankar, Otis Redding, and The Who. Consider it the coming-out party not only for these storied legends but also for the rock and roll festival as we know it. –Brian Coney

To check out the complete list hosted by Vivid Seats, click here or on the banner above.

The Top 100 Music Festival Lineups of All Time