If you’re not the kind of person who gets to see themselves on television all that often, let alone be the center of the story, feeling seen in the media you consume is rarer and more important than ever. In the wake of the industry’s many recent conversations about cis actors playing trans characters, for instance, a huge importance is placed on the authenticity of trans and non-binary people being able to tell their stories, whether in front of or behind the camera. With FX’s Pose, which just finished its first season, the LGBT community has arguably its most authentic, entertaining, and compelling representation to date — a vibrant, arresting show about family, inclusivity, and the need to be acknowledged. To be seen.

Created by Ryan Murphy, Brad Falchuk, and Steven Canals, Pose tells the story of New York City’s underground ballroom culture in the late 1980s – the height of Reagan-era capitalism, Trump-era luxury, and the beginnings of the HIV/AIDS crisis. As compared to other Murphy joints (Glee, American Stories both Crime and Horror), Pose is downright straightforward, a no-fuss character drama that engages in very little dreamlike presentationalism outside the confines of the balls, where contestants dress in their most dazzling ensembles and vogue to their hearts’ content.

But that’s a good thing, as the show’s structural consistency allows Pose the time and patience to develop a brilliant coterie of three-dimensional characters it’s virtually impossible not to root for. The show takes great care to unpack the prejudices, obstacles, and unique struggles LGBT people, especially people of color, faced during that time (and still do) – bolstered by the largest transgender cast ever assembled for a scripted drama and transwomen like Janet Mock and Our Lady J behind the pen and camera.

Pose’s first season is confrontational and inclusive in all the right ways, normalizing its inhabitants for those less familiar with queer culture, while also giving a queer audience the chance to see themselves represented unapologetically on a major scripted drama. 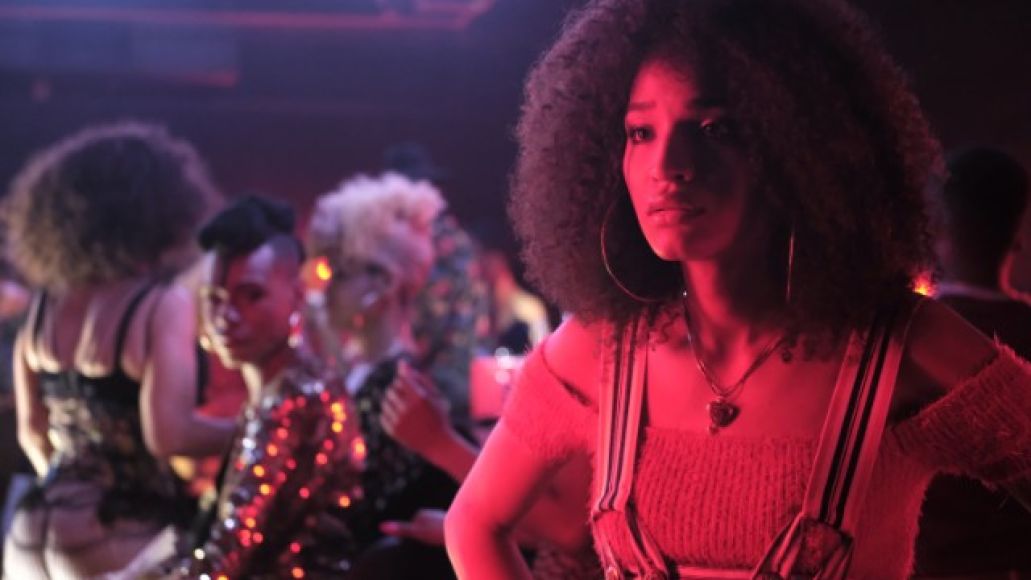 In a season that keeps getting stronger and more assured with each episode, “The Fever” still stands tall as Pose’s finest hour. Most Pose episodes center around a single, overarching theme that effects the characters in their own unique ways; for “The Fever”, it’s the looming specter of the HIV/AIDS crisis. Much of it is filtered through the lens of Billy Porter’s vibrant ball impresario Pray Tell, who must deal with the impending loss of his lover to the disease and the prospect that he might have it himself. It’s a wonderful exploration of the ways the crisis affected the LGBT community – more than just physical ruin, it offered yet another incredible obstacle to overcome, another way the world at large rejected them.

“The Fever” is more than an AIDS episode, though: it’s a stage upon which each of Pose’s characters can wrestle with the difference between who they want to be and who they are. Outside of House Evangelista, Elektra (Dominique Jackson) chooses to undergo sex reassignment surgery, despite the wishes of her sugar daddy (Christopher Meloni); meanwhile, Stan (Evan Peters) wrestles with his sexual preferences when discussing his relationship with Angel (Indya Moore). Even previously underserved characters like Candy (Angelica Ross) find themselves at a fascinating crossroads, as she chooses to begin unsafe cosmetic injections to make herself the full-figured woman she wants to be. From all angles, “The Fever” gets tens across the board. 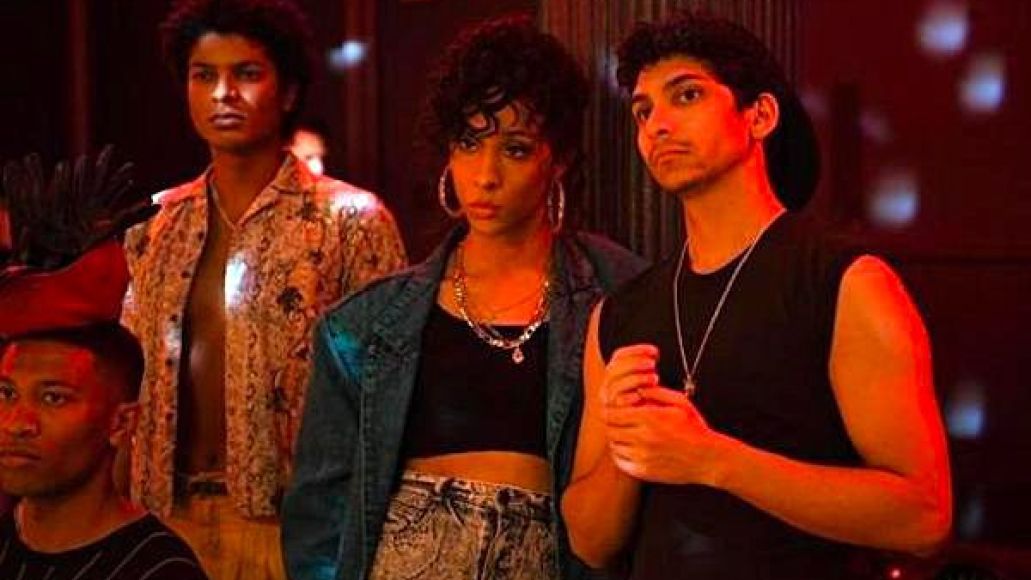 There are no bad episodes of Pose – just the ones that stumble on their way to the stage. In this respect, “Access” is the episode that suffers most from the show working to find its voice. Pose’s pilot can be forgiven for a few missteps: the show is still figuring out its tone, the actors are still inhabiting their characters, and so on. But it’s “Access” that seems to suffer the most from this problem, for a variety of reasons. For one thing, the characters haven’t fallen fully into the relationships that make them most interesting: Damon and Ricky are still getting to know each other, Angel and Stan’s affair is just beginning, and Blanca is in the formative stages of establishing the House of Evangelista. What’s more, Jackson still feels wooden and one note as Elektra since we haven’t yet realized that Elektra Abundance is a character perpetually stuck in performance mode. These flaws may well be rectified upon a rewatch, but as is, ”Access” feels like an obligatory stepping stone to Pose’s more interesting stories. 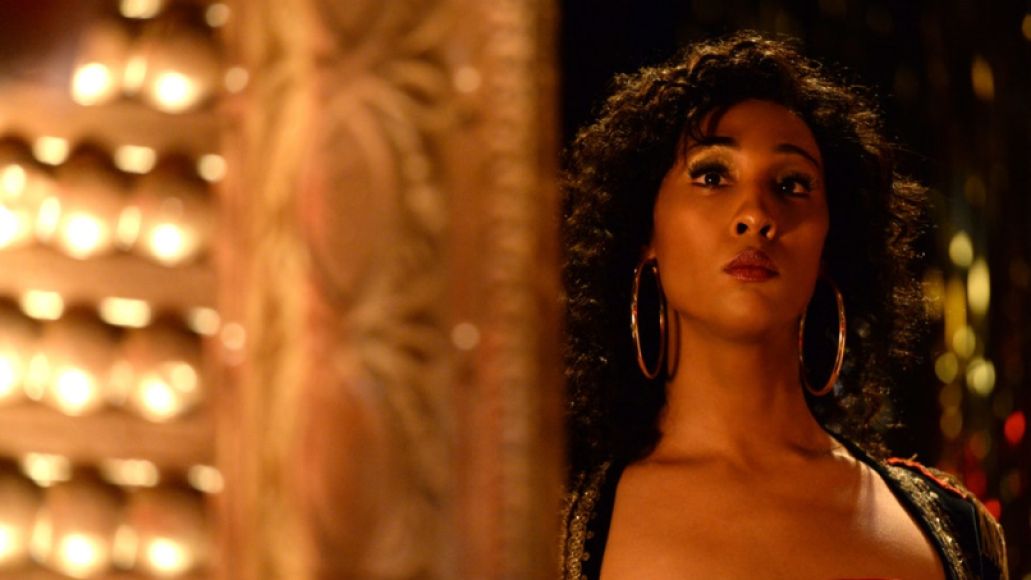 Though long overdue, Pose is an impeccable case study of the value of allowing trans actors to tell their own stories. Five of the show’s leads are (and are played by) trans women, and each of them have proven themselves to be layered, dynamic performers deserving of much larger careers. To a woman, they’re all amazing, but special mention has to be given to MJ Rodriguez’s house mother Blanca – a woman determined to leave a legacy of responsibility, positivity, and family for her children and the LGBT community at large, to follow. Blanca’s a compelling, aspirational figure, a beacon of light and love that eventually brings even the most cynical souls to her doorstep. Rodriguez is an absolute revelation from start to finish, wounded and fierce in equal measure, and it’s a star turn in every sense of the word. 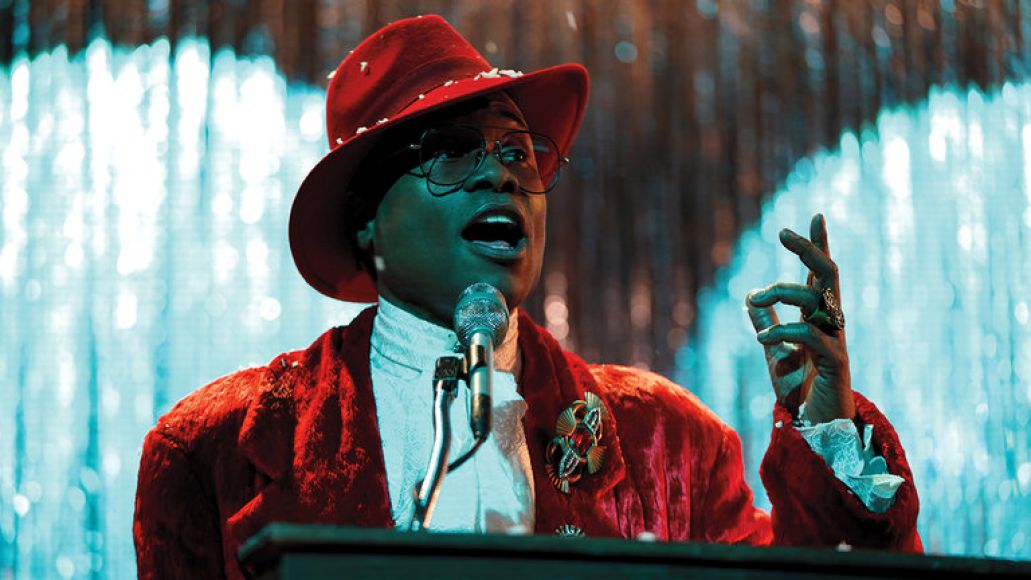 But it would be criminal to ignore the stellar, uncompromising contributions of Billy Porter to the show’s rich, vibrant universe. As Pray Tell, the preeminent Lola of Broadway’s Kinky Boots transfers his considerable talents to TV with nary a missed note, whether he’s rocking the fiercest lewks on the podium or delivering the most acid-tongued reads to unworthy ball contestants. And yet, deep within that theatrical shell is a bottomless well of empathy and emotion, which alternatively leads him to the depths of despair and the heights of hope for himself and his community. He and Blanca are the leaders of Pose’s band of misfits and outcasts, anchored by unstoppable performers who should get all the trophies in the world for their work. 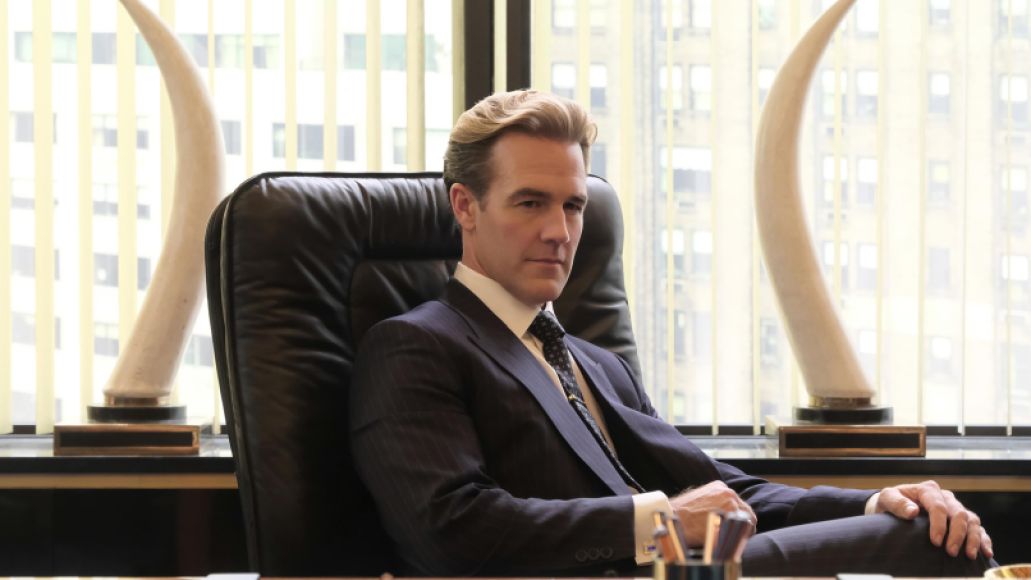 Pose taking place in New York in the ‘80s (and this being a Ryan Murphy joint), Donald Trump is naturally part of the show’s fabric. Stan’s cushy finance job at Trump Tower allows the show to contrast the mainstream, corrupted acceptability of white corporate America with the transgressive freedom of the city’s underground ball culture. Unfortunately, the Trump stuff is the show’s weakest link – as effectively slimy as James Van Der Beek’s smug finance bro can be, this is mostly a vehicle for lame, on-the-nose digs about Trump’s ability to influence the press or his toxic corporate culture. As the season went on, Stan’s foothold in that world grew increasingly tenuous, a sign that showrunner Steven Canals is more than willing to drop that angle to spend more time with the characters we like. If so, that’s a good note to take. 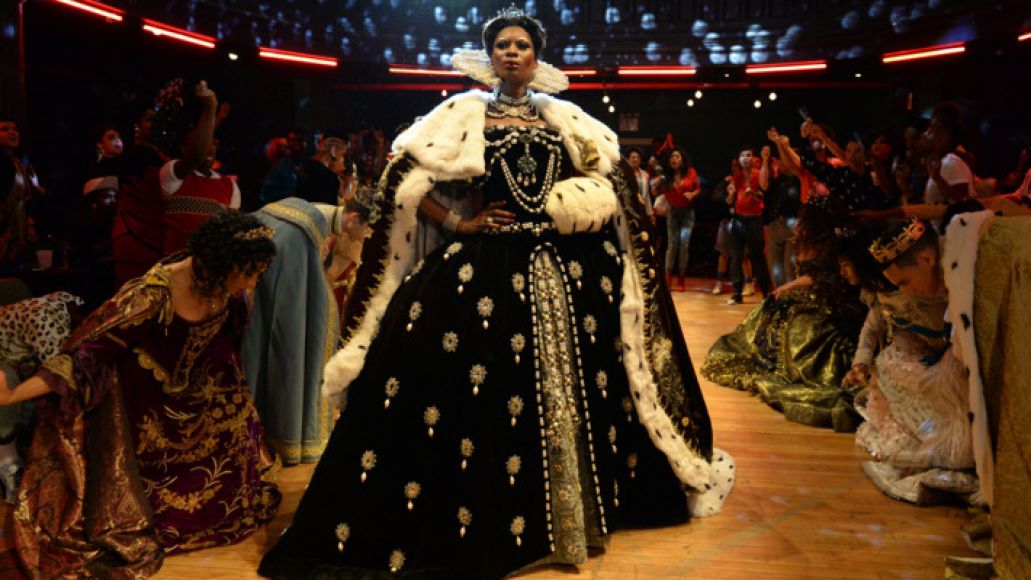 Controversies about representation and voyeurism aside, the influential cult documentary Paris Is Burning is the clear template for Pose’s deep dive into New York’s ball culture, and its fingerprints are all over the show’s representation of the balls themselves. Coated with a thick, glossy layer of Ryan Murphy theatricality, each ball is a cavalcade of extravagant looks, bright neon lights, and the tangible energy of a marginalized subculture now free to express the selves they’d like to be. In this respect, Pose serves up tremendous realness.

Love Is the Message

Few of the characters in Pose have happy backstories: they’re disowned from their families for being LGBT, abandoned by lovers and friends alike, driven to sex work or sleeping in benches on the Pier just to survive. Many of its major characters are HIV-positive, and those that aren’t must perpetually be vigilant for it. However, Pose posits the power of positivity as a curative for at least some of that existential, generational pain: no matter what happens to you, you’ve got family to back you up. Whether it’s with House Evangelista’s makeshift Christmas dinner, or the heart-stopping power of Blanca and Pray’s duet of “Home” from The Wiz, Pose bursts with so much love for its characters that each episode is liable to throw a little dust in your eyes. 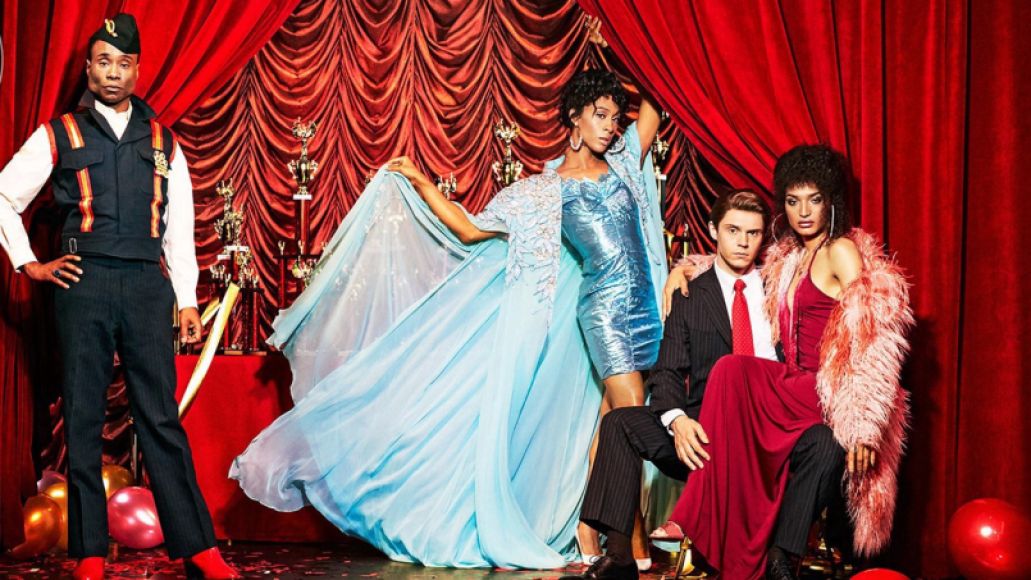 In classic Ryan Murphy fashion, Pose’s season finale, “Mother of the Year”, is a bombastic, theatrical hour of television, wrapping up loose ends and completing character arcs with almost calculated precision. Centered around the Princess Ball – the ultimate ball event that sees the annual crowning of Mother of the Year – the final confrontation between the House of Evangelista and the newly formed House of Ferocity turns the contest into a battle of wills over the soul of the ball community itself. Plus, the newly humbled Elektra fussing over the ratty conditions of Evangelista’s home is a fascinating new dynamic, the dethroned queen forced to reevaluate her relationship with her community. It’s as glam and unsubtle as the outrageous gold wingspan on Elektra’s Princess Ball lewk, but it’s 100% Pose – even without the much-celebrated season two pickup, it would function as a satisfying end point to the show. 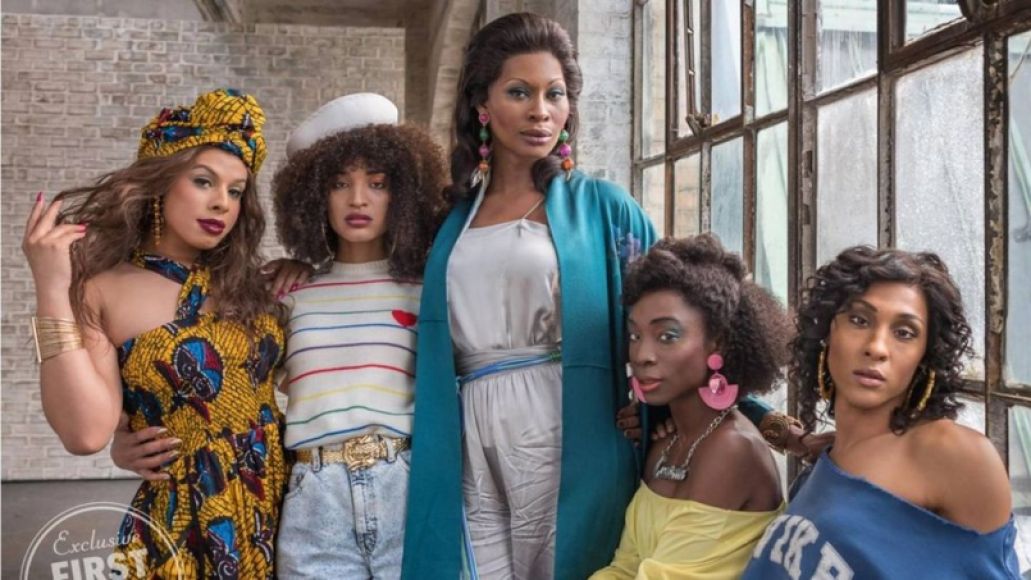 Pose has found a rabid cult following for a number of reasons – it’s bold, it’s entertaining, and it shines a light on the inner lives of the LGBT community with a unabashedness heretofore unseen in mainstream television. Here, queer characters aren’t props to validate the emotional journeys of white, cis protagonists, nor are they vehicles for easy, mawkish tragedy. They’re real, fully formed characters allowed to live their truth, played with authenticity by the kinds of actors who should tell their stories. If the strength and confidence of the first season is any indicator, Pose has a good chance of going down as one of the most influential moments of queer television in history.

Grade: A (Tens, tens, tens across the board!)