Production is currently underway on Tim Miller’s hotly anticipated Terminator sequel/reboot. In fact, the film is several weeks into shooting, and Arnold Schwarzenegger has already begun filming his scenes in and around Budapest.

To drum up some hype, the studio has let loose the first official production still, and it’s a good one: In the first photo, we see the return of Linda Hamilton as Sarah Connor alongside stars Mackenzie Davis and Natalia Reyes. 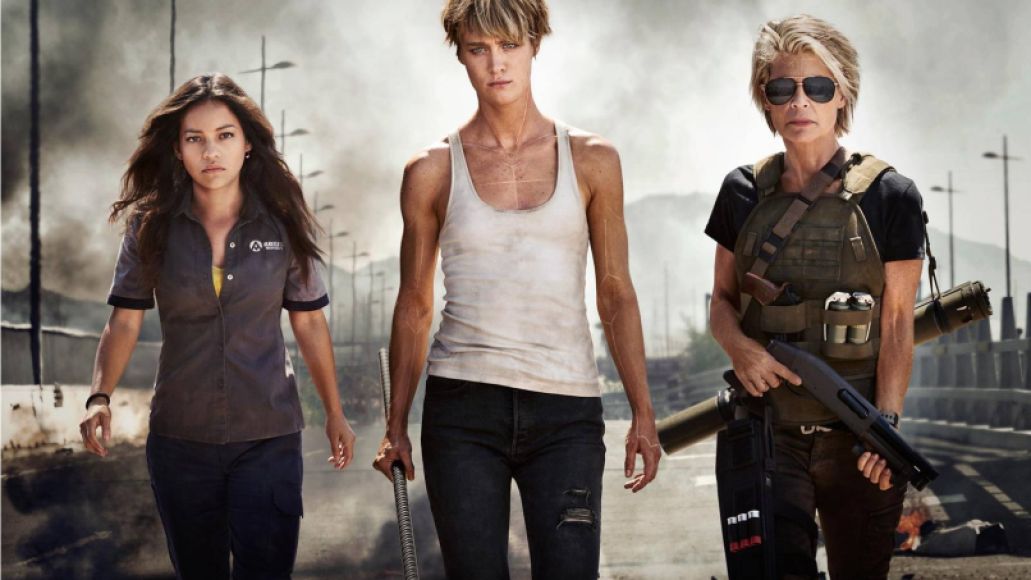 According to Entertainment Weekly, Davis plays a new lead named Grace, who may or may not be an android given the markings on her flesh, while Ramos will join along as Dani Ramos, ostensibly a mechanic given her uniform.

Some might say Davis has her own Sarah Connor look, no? Either way, this picture is already more exciting than any of the boisterous nonsense that plagued 2015’s better-to-forget, Terminator: Genisys.

Written by David Goyer and produced by James Cameron, who also lent a helping hand in the writer’s room, the as-yet-untitled Terminator film will serve as a direct sequel to Terminator 2: Judgment Day, ignoring any of the other sequels.