Setting the Stage: On Friday night (August 10th), Evanescence and violinist Lindsey Stirling brought their co-headlining tour to PNC Bank Arts Center in Holmdel, New Jersey, with both acts backed by an orchestra for the entire show. While the bill’s pairing of a rock band and a violinist as co-headliners may be considered an odd match, Evanescence last year released the album Synthesis, comprised of orchestral arrangements of the band’s notable hits. The disc also included the new track “Hi-Lo”, which features a guest performance from Stirling.

The two acts have been alternating the order in which they take the stage during the tour, with this particular evening seeing Evanescence perform first and Stirling close out the evening. It’s been a particularly rainy stretch for New Jersey, but fortunately this night stayed dry for the adoring crowd at the outdoor venue.

Taking the Stage: Evanescence frontwoman Amy Lee stepped onstage first to thunderous applause as she took a seat at the piano where she opened up the show with “Overture”. After the dark and moody piano intro, she darted over to the center-stage microphone, where she invited the audience to join her on this musical journey — and what a journey it was. 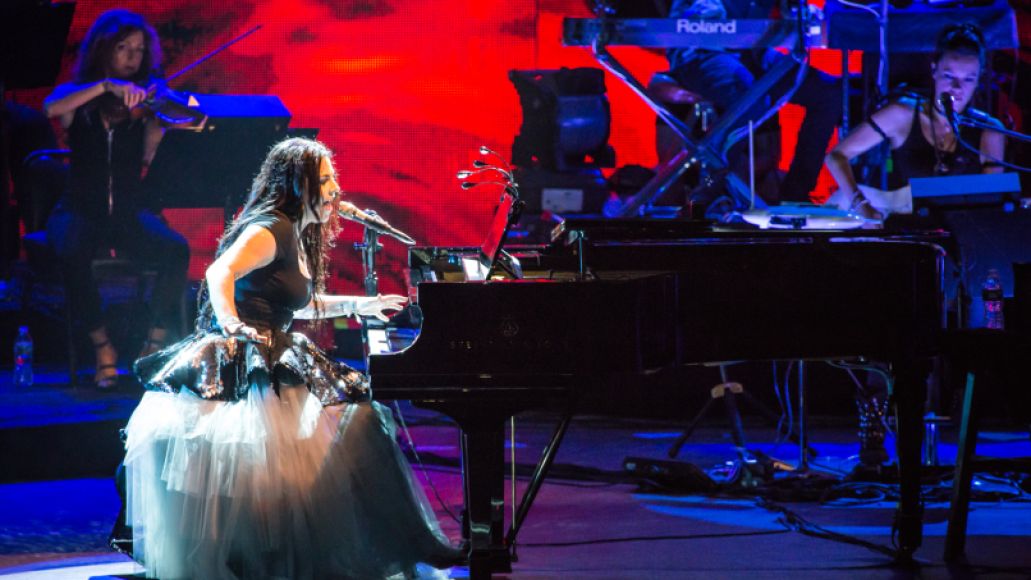 Most of the songs performed on this tour have been rearranged in some capacity to fit the live orchestra model. Local orchestral musicians are being used for each of Evanescence’s performances, while the band’s full-time members of play onstage with Lee, as well.

All of Evanescence’s songs have a dramatic and theatrical resonance to them. Lee’s voice just booms out to the audience with every note and word she delivers, and the crowd gave it right back to her, as she delivered such favorites as “Bring Me to Life”, “My Immortal” and “My Heart Is Broken”.

About halfway through her set, Amy performed a beautiful cover of The Beatles‘ “Across the Universe”. Next up, Amy brought out the amazingly talented Stirling for a performance of the aforementioned “Hi-Lo”. Lindsey delivered the goods, took a bow and then skipped off stage. 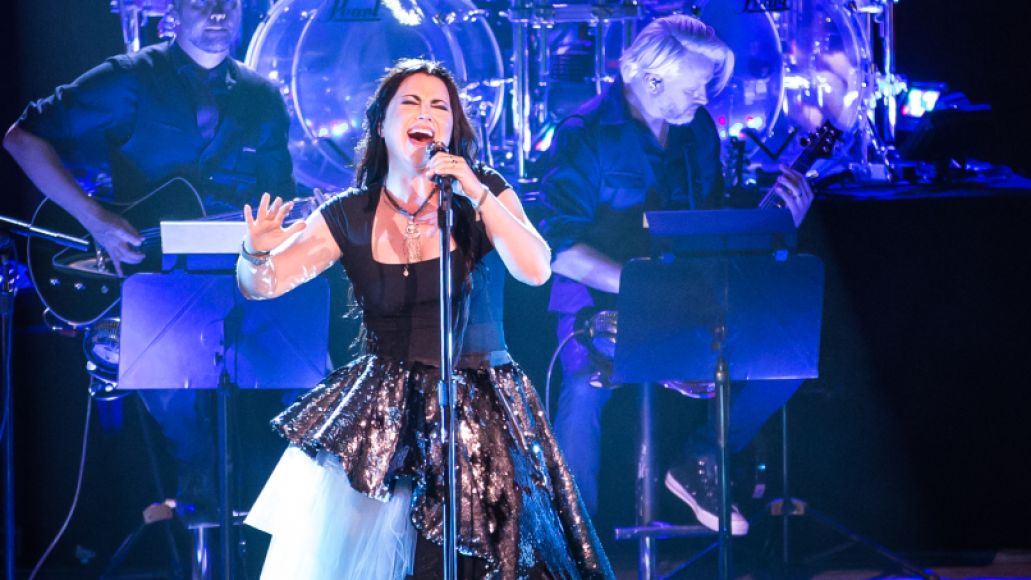 Evanescence’s evening was closed out by a new song called “Imperfection”. The band then took a well-deserved bow as the crowd gave them a standing ovation.

Next up was Stirling, a violinist, composer and performance artist. She emphatically performs many different genres of music from EDM to classical to rock to pop. Throughout her set, Lindsey was also backed by orchestral musicians, as well. 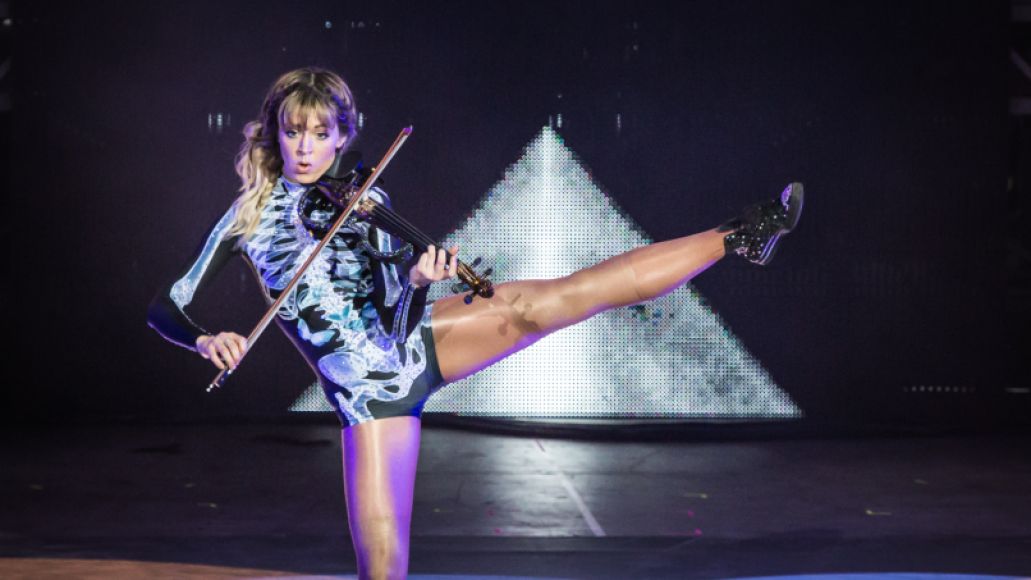 Stirling opened up her set with “The Arena” from a riser near the back of center stage where she immediately matched Amy’s energy level and kept the crowd appeased. She blazed through numerous songs complete with choreographed dancers as she darted and pranced all around the stage from one end to the other.

A few song in, Lindsey brought out Amy Lee to perform “Shatter Me”, a song that Stirling recorded with Halestorm frontwoman Lzzy Hale. Her 12-song set was closed out with ‘Don’t Let This Feeling Fade’.

Evanescence setlist:
Overture
Never Go Back
Lacrymosa
End of the Dream
My Heart Is Broken
Bring Me to Life
Unraveling
Imaginary
Secret Door
Across the Universe (The Beatles cover)
Hi-Lo (with Lindsey Stirling)
Lost in Paradise
Your StarMy Immortal
The In-Between
Imperfection 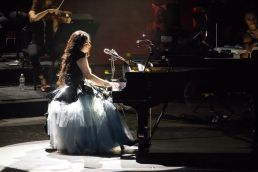 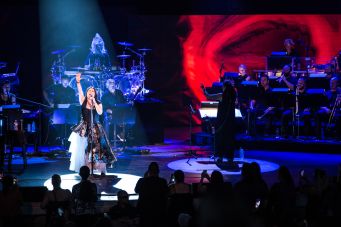 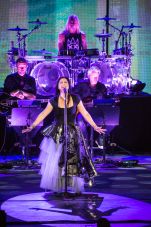 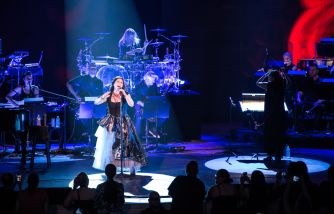 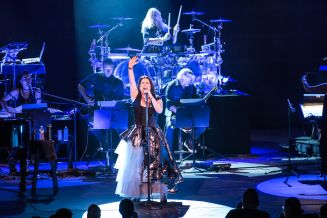 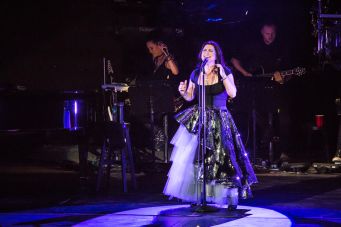 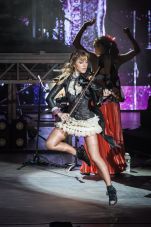 Evanescence’s unique show has been captured for the upcoming DVD, Synthesis Live, which is available for pre-order. Tickets for the remaining dates on Evanescence and Lindsey Stirling’s co-headlining tour can be found at Evanescence.com. 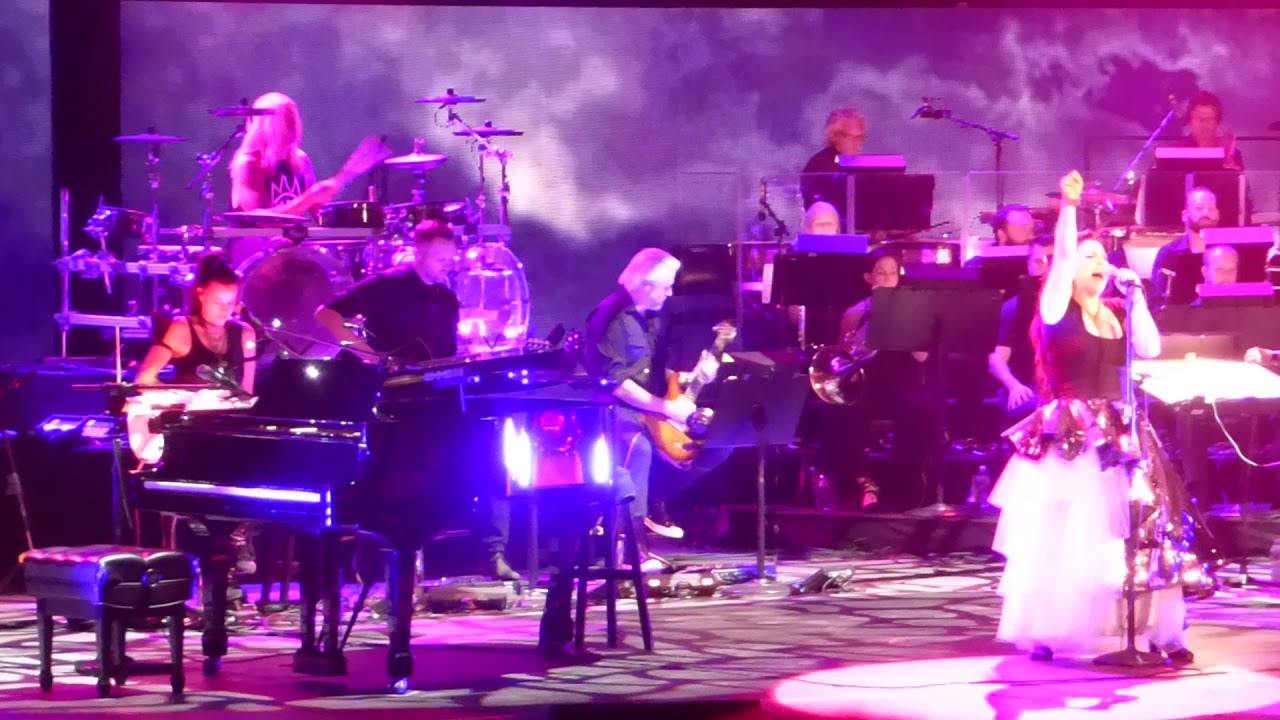 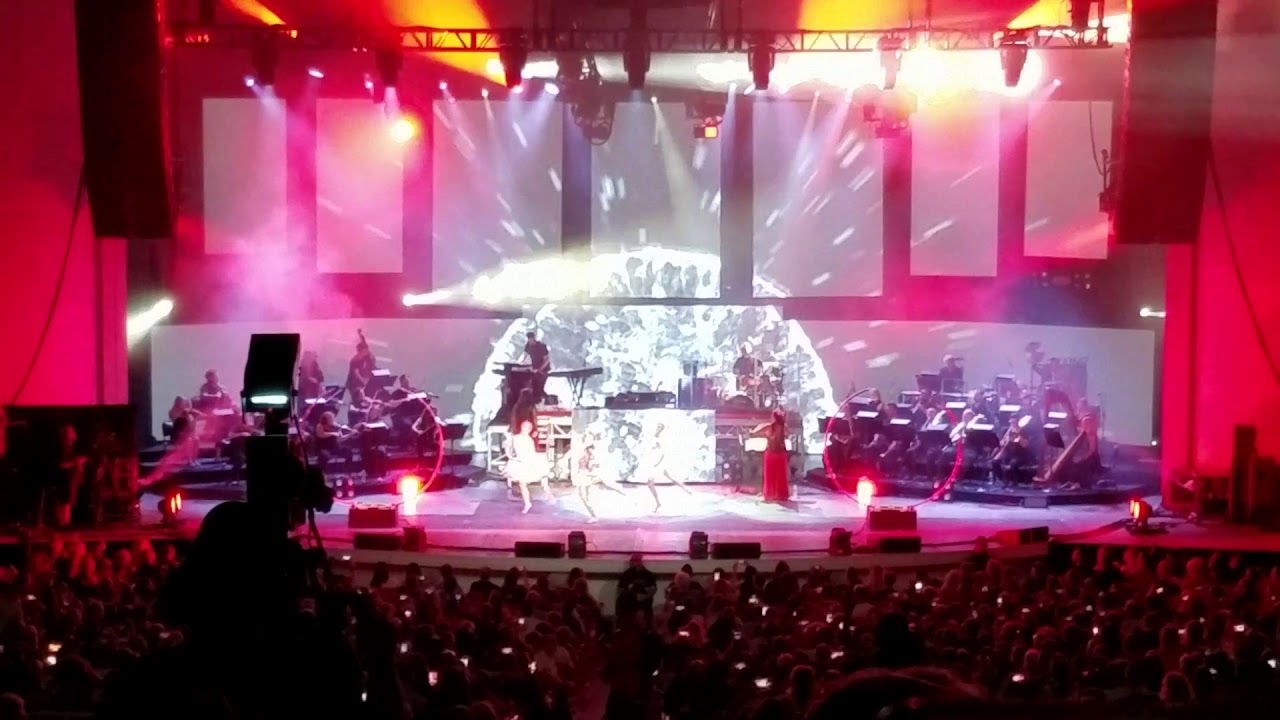