Great sitcoms are a lot like Thanksgiving leftovers. You know exactly what you’re getting, but they make you feel good. For some, they’re often white noise, a program to leave on while you do laundry, wash dishes, or make supper. For others, they’re an escape, a way to feel as if you’re not alone, all thanks to a few canned yucks and recurring bits. That’s why most popular sitcoms tend to rerun around the evening, when kids’ stomachs are grumbling as they finish homework, or late at night, when television’s the only one willing to stay up. All of this is to suggest that the greatest thing anyone could ever say about The Sitcom is that … well, it’s always been there and it always will be there.

Regardless of what you want out of a television show, reliability will forever be paramount. But really, the greatest sitcoms are those you want to be there. These are the ones that aren’t so much about the story, but the characters, the places, the feelings, the moods. Maybe it’s a generational thing, but That ’70s Show has been one such escape for 20 years now, and it all started on August 23, 1998. Back then, audiences were first introduced to the Forman household, namely their iconic basement, where Hollywood welcomed fresh-faced youngsters Topher Grace, Mila Kunis, Ashton Kutcher, Danny Masterson, Laura Prepon, and Wilmer Valderrama. It was magical, even then.

But even now, you have to marvel at the efficiency and buoyancy of “That ’70s Pilot”. Written by Bonnie Turner, Terry Turner, and Mark “Yes, I Was a Dickhead to Judd Apatow” Brazill, the quick gasp of a premiere rolls by like a made-for-TV remake of Richard Linklater’s Dazed and Confused, which is likely why the show managed to resonate with so many Generation Xers. Long before ’80s nostalgia took over, for what’s seemingly felt like an eternity, there was a love for shaggy carpets, Todd Rundgren vinyls, faded rock tees, hip-hugging bell bottoms, and shaggy hair. This pilot sold all of that, offering a choice entry point in lanky everyman Eric Forman (Grace), aka the ’90s own Richie Cunningham. 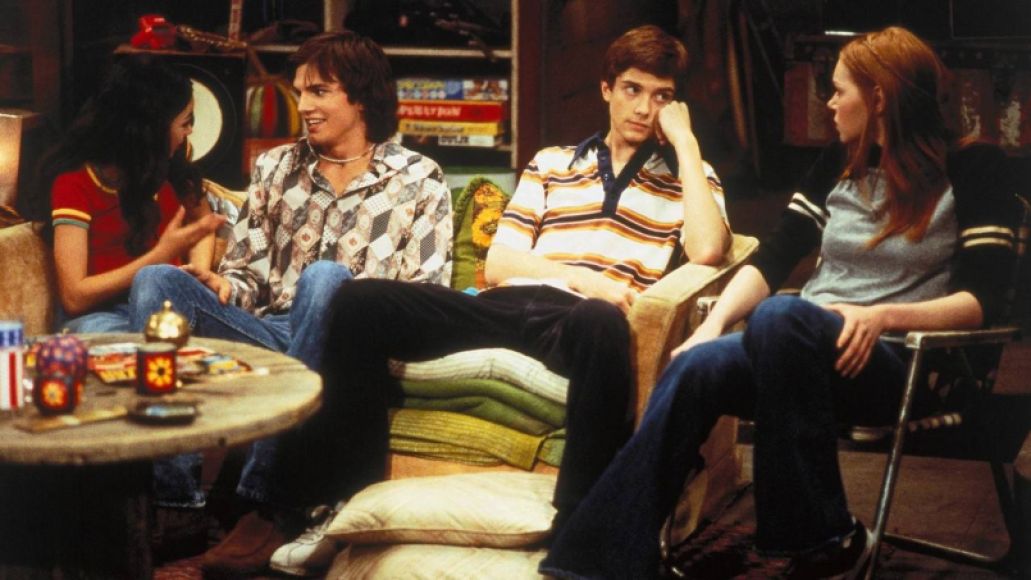 Like Linklater’s coming-of-age masterpiece, there’s a charming naturalism to the names and faces. Granted, it’s a far cry from what Apatow was doing over on ABC with the similarly set Freaks and Geeks, but That ’70s Show still managed to outpace its peers. Forman and the gang aren’t just a handful of archetypes, but genuine neighborhood brats — you know, the kind you saw hanging out, down the street, as Alex Chilton sang decades prior. They could be jerks, they could be rebels, they could be loners, they could be losers, they could be terrified … and this pilot suggests all of that in under 30 minutes. By the end, you never want to leave the basement.

Much of that has to do with the show’s innocence. Like Happy Days before it, there’s a wash of rugged Americana at hand that’s not only of that era but spiritually timeless. Both the Formans and the Pinciottis aren’t well off. They’re average Joe Schmos, working men and women trying to provide for their nuclear families, who aren’t doing anything more than getting by day in and day out — and that applies to their goals. With Eric, you never get the sense that he wants to do anything more than love and care for his next-door girlfriend Donna Pinciotti (Prepon), whose only mission is to leave Point Pleasant, Wisconsin for the open-minded halls of a liberal arts college.

For teenagers of the ’90s, who were starting to see their free time shift away from the corners and garages to online chat rooms and message boards, it was a strikingly familiar gateway to fading traditions. Think about it, when you scrape away the narrative quirks and tropes, the show boils down to a bunch of teens giving each other shit and trying to keep themselves from going crazy with boredom. As a teen, there’s nothing more relatable about that, and at least for the first few seasons, whatever tomfoolery they did get themselves into was always tangible. Even today, stealing beer, driving out of town, climbing water towers, and falling for neighborhood crushes remain backyard basics. 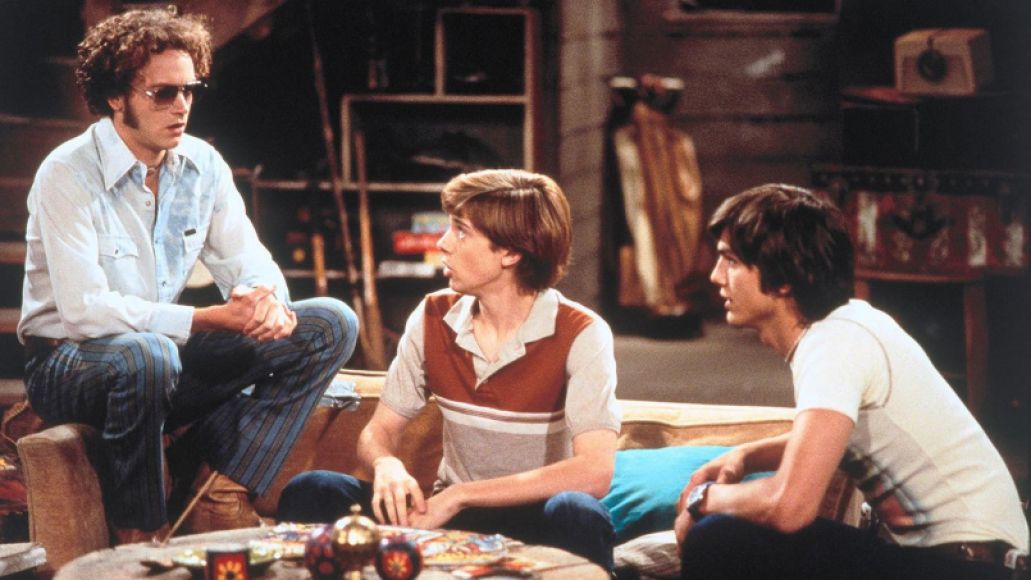 But it’s more than that. There’s a genuine heart to those early seasons, back when the cast was still young enough to sell the idea that they were teenagers slumming it in high school as opposed to, um, late twentysomethings slumming it at their folks before college. The show was also willing to “go there,” doubling down on the realities that seem to only exist on the fringes for most sitcoms. Be it Red Forman’s (Curtwood Smith) ensuing troubles with finding sturdy employment, or Kitty Forman’s (Debra Jo Rupp) chain smoking at the dinner table, or Hyde’s (Masterson) tough-as-nails squabbles at home, or even Jackie’s (Kunis) hush-hush societal woes involving her father. Behind every adventure are these lingering stakes, but being a sitcom, you know that everyone’s gonna be all right. Some might scoff at that predictability, but others might take solace.

And why not? It’s an enviable escape. In life, we tend to search for comfort, the feeling that we’re going to be okay, and that we’ll be okay just being okay. That ’70s Show nailed that feeling with aplomb, feeling confident enough to slap on a cover of “In the Street” by Cheap Trick, who would eventually pay homage to their own hit “Surrender”, adding the ol “We’re all alright, we’re all alright,” at the end. Not surprisingly, that became the show’s slogan, its mantra, its raison d‘être, and it’s hard to dismiss that notion watching these episodes again — especially its pilot. By the time Eric gets a surprise kiss from Donna, and we’re sent off with the gang to the sounds of Rundgren’s “Hello, It’s Me” (one of the most iconic endings to any pilot, by the way), it’s like we’ve been wrapped up in one of the Forman’s Afghan blankets. You do feel alright.

Truth be told, most of us will be alright, and despite the hiccups that come with our day-to-day, most of us will see another evening and another late night. We might not be surrounded by our own high school friends, we might not have a literal basement to go to, and, yeah, some of our greatest days may even be behind us, but there’s joy in simply feeling alright. Sometimes being with the gang is just enough.

We're All Alright: The Groovy Vibes of That '70s Show