Track by Track is a new music feature that tasks an artist with breaking down each song on their latest effort Track By Track.

The Lemon Twigs are back with their new high-concept album, Go to School. The record is streaming in full below via Apple Music and Spotify.

Described as a musical inspired by the likes of Oklahoma! and Stephen Sondheim’s Assassins, Go to School tells the story of Shane, a chimp raised by his “parents” to believe he’s human, and the torment he undergoes at school. We’ve received a few glimpses into Shane’s heartbreaking story with pre-release singles like “The Fire”, “Small Victories”, and album closer “If You Give Enough”.

Speaking to Billboard about their desire to structure the album this way, member Brian D’Addario said,

“It had to do with trying to elevate the story into an area that wasn’t so steeped in our reality. I just find the constant bombardment of the problems of the world at all times sort of tiring. It does a number on your spirit. I think that everybody needs moments where they’re able to separate themselves from this reality to be able to charge themselves up to dealing with it. It’s very good to be aware of it and it’s very good to try to help with it. But I think everybody needs times to separate themselves from it, so that they can feel like life is worth living. We didn’t want it to be a topical story. We wanted it to be a timeless story. Both of those things played into it.”

“Something now, then, big, small, bleak, and hopeful. All in under an hour,” the band said of the album in a press release, serving as a fine summation of the tension that exists between the record’s swooning, theatrical arrangements and its pitch-black themes.

The entire thing is now streaming below.

For more insight into the album’s story, themes, and construction, Brian and Michael broke Go to School down for us Track by Track.

“Never In My Arms, Always In My Heart”:
Michael D’Addario: These two women were talking on a plane about physical disabilities, the meaning of life, and just about everything but archeology. I was eavesdropping and eventually they came upon the subject of tattoos. Or maybe it was children. Anyway, one of them said to the other, “I have this tattoo, it says, ‘Never In My Arms, Always In My Heart.’ I had a miscarriage some years ago and I got this so I’ll always remember.”

I thought it was so interesting. Some people might think she was taking something very serious traumatizing and reducing it to a slogan, and then permanently putting that on her body. That’s definitely true to an extent, but I thought it was beautiful and concise, and I love general statements that sum up experiences like that. Like I like those signs that say FAMILY: Where Life Begins And Love Never Ends. I’d never hang one up, but I like those signs.

In the context of the musical, Bill and Carol meet, fall in love (if you can call it that), and have a miscarriage.

“The Student Becomes The Teacher”:
MD: In “The Student Becomes The Teacher”, we meet Shane. Yearning for an escape from dreary isolation, he finds out about a place called “school” from his TV set. The chorus is funny to me. Shane sings, “The student becomes the teacher. The teacher becomes the principal. The principal dies, and everybody cries, they remember him alive, you see? I want that for me.” It illustrates how cyclic the school system is in towns like mine. The idea is that Shane is so alone that he wants to be a part of that community so many of us were trying to escape from all throughout high school. 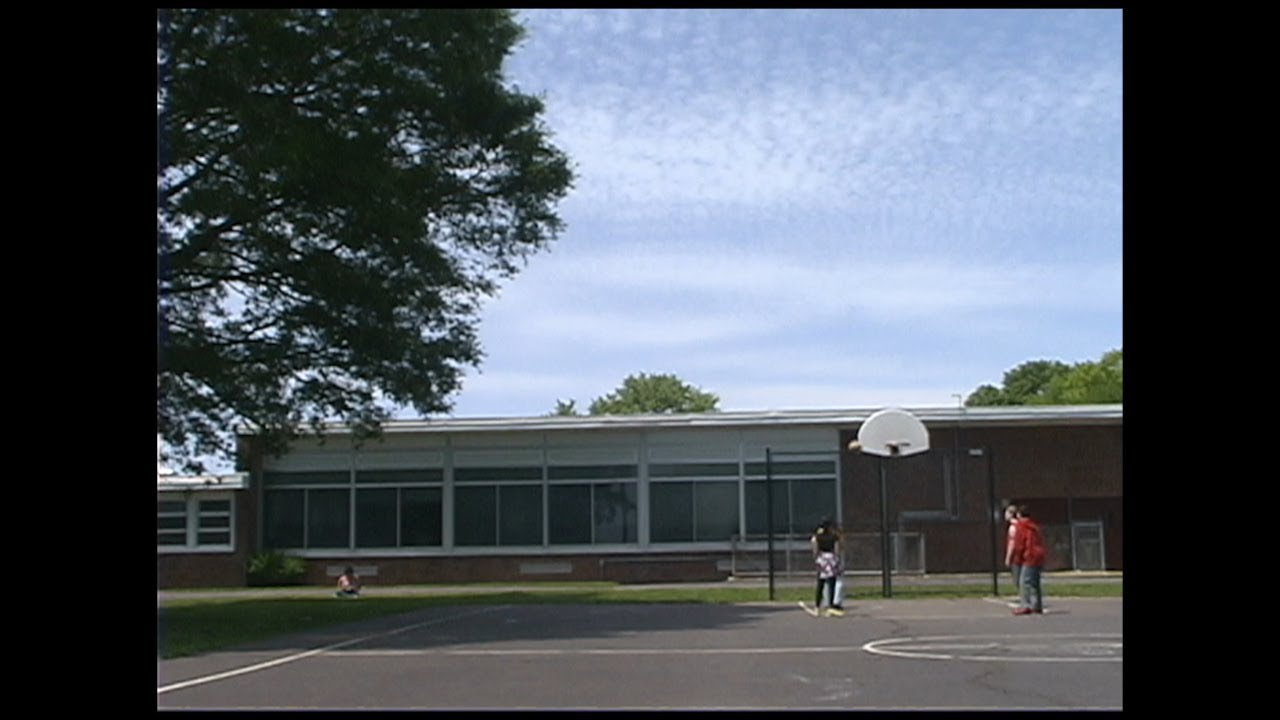 “The Lesson”:
Brian D’Addario: I was listening to a lot of ‘20s and ‘30s music when I wrote this one. On Tiny Tim’s first record, he covers a lot of songs originally done by people like Henry Burr and Billy Murray, so I started listening to them and I’d say I was trying my hand at that style of writing here.

“Small Victories”:
BD: This sort of establishes Shane’s wide-eyed philosophy. This is where he sees for the first time the destructive nature of his classmates, and he tries to establish an alternative for them, without much success.

“Wonderin’ Ways”:
BD: This was the first string arrangement I wrote for the album, and sort of set the tone for the more “Broadway” songs that are on the record. This is Shane’s song of longing for Daisy, but can apply to any forbidden love that you struggle to keep inside. 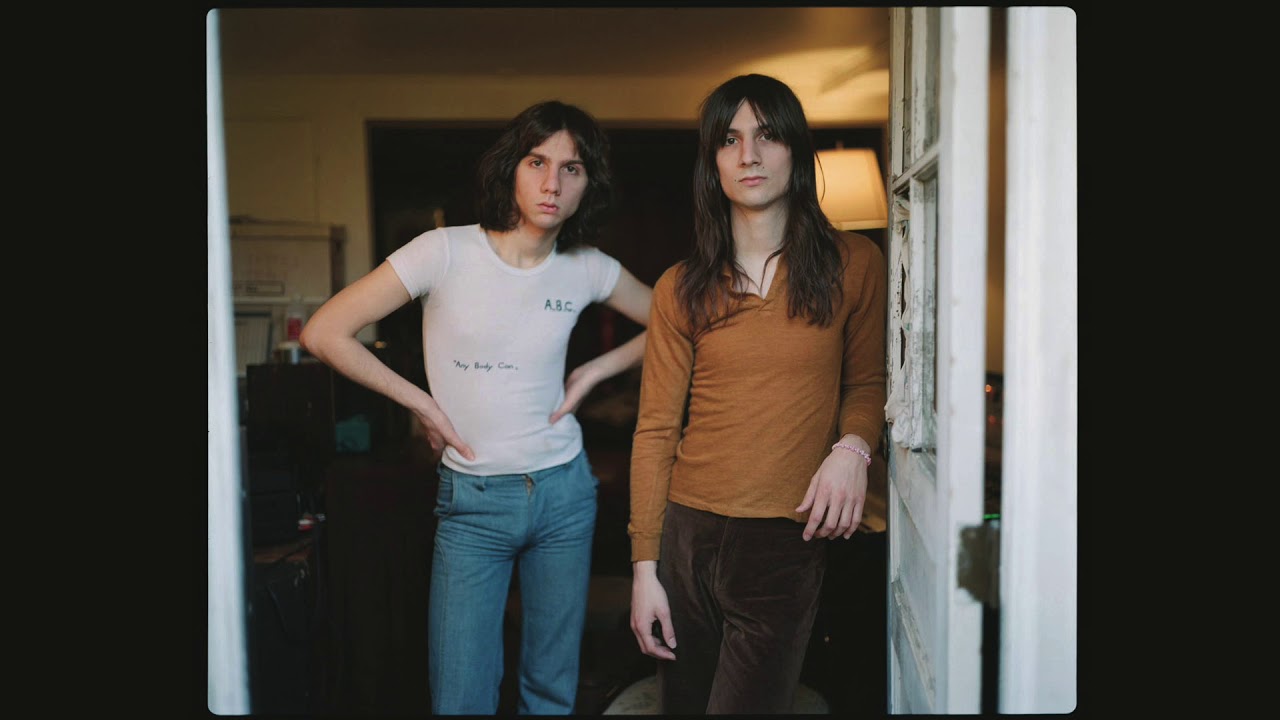 “The Bully”
BD: I was listening to Astrud Gilberto, and decided I wanted to write a bossa nova song. The middle I think was influenced by Jean Jacques Perrey, but instead of electronic instruments, Michael suggested using what could sound like a high school marching band. It works in the story as well, because we imagined that the sound of the marching band drowning out Shane’s screams as he’s being attacked by Robert Jr. Lyrically, the song gives the perspective of Robert Jr., who is blamed for the death of his mother in childbirth by his father, Robert Sr., and is also resented by his professor father for being slow in school. You’re supposed to feel empathy for the bully, and understand how he ended up the way he did.

“Lonely”:
MD: A really heartfelt song I wrote when I was 15 or 16. I thought it worked from the main character’s perspective. It was just a diary song that was almost embarrassingly transparent, but I loved it for that reason.

“Queen of My School”:
MD: The most popular girl in school meets the lowly outcast. I’ve always loved this archetype. 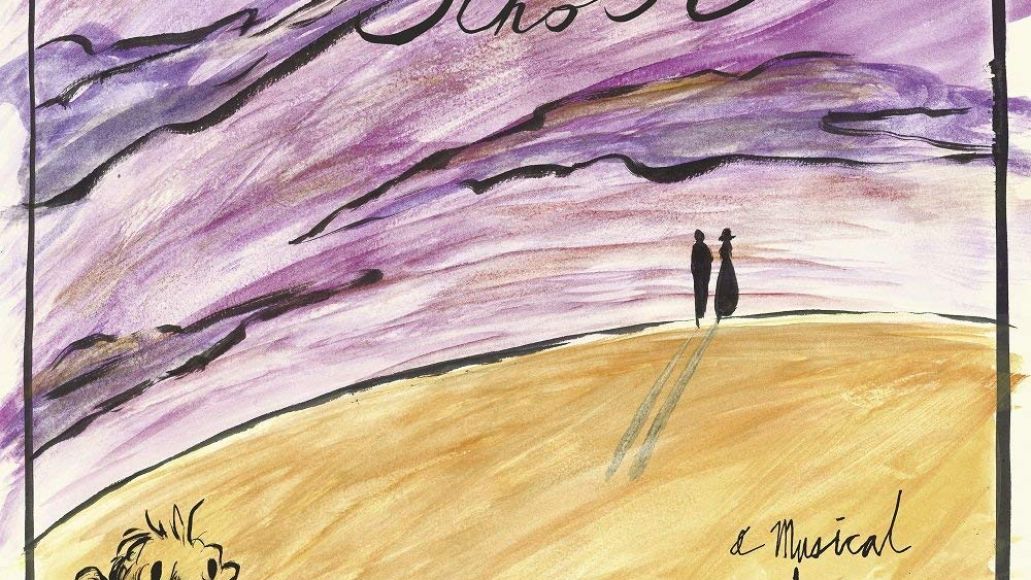 “Never Know”:
BD: In this song, Shane’s told by his adoptive parents of his true origin. They expect Shane to get clarity and understanding from the knowledge that they’re not his biological family, but it only confirms Shane’s suspicion of his otherness. The intro’s sort of an ode to Elton John’s “Your Starter For” which was actually written by a member of his band at the time, but starts the Blue Moves record. Todd came over and did his vocal to this track, playing Shane’s father. It was a real thrill, and he was perfect for it.

“Born Wrong/Heart Song”:
BD: This is the first song we’ve done that I’ve written and Michael’s sung. He got into the character and sang it better than I ever could. The orchestrations on this one were the hardest on the record. I was really inspired by Sondheim while writing them. This is where Shane’s darkness finally reveals itself after putting up a fight the whole story.

“The Fire”:
MD: The climax of our our dark fairytale! Shane is driven to his limit. I love the ending. 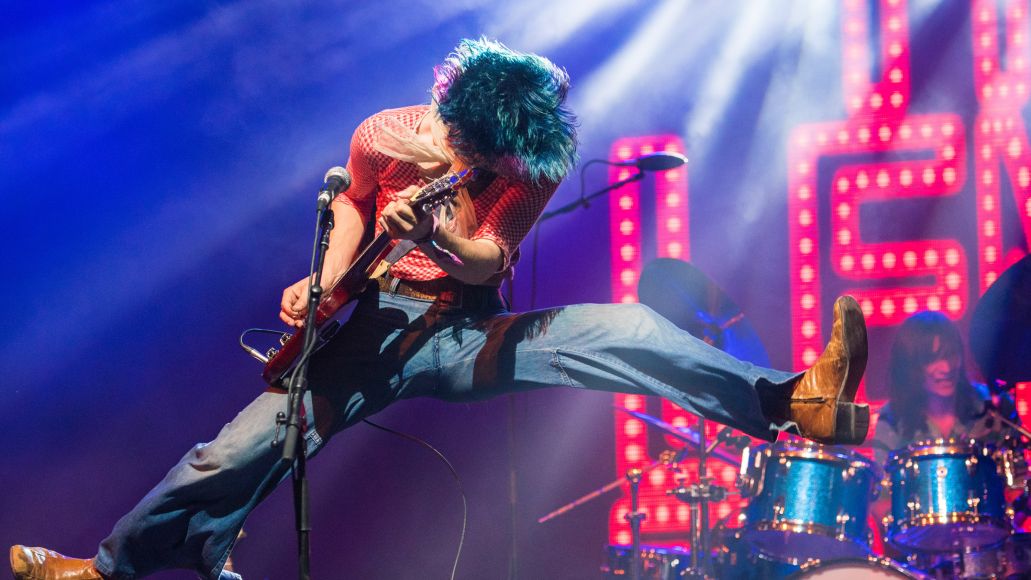 “Home of a Heart (The Woods)”:
BD: One of the first songs written for the record. Shane wonders if it’s possible to regain the beauty he once felt inside in exile. If the love that he hoped to share with others could be manifested in isolation.

“This Is My Tree”:
MD: Your tree. You know, it’s supposed to represent the peace you can find in solitude.

“If You Give Enough”:
BD: I know Michael suggested using a theremin for the line in the middle. The string arrangement is sort of half Randy Newman with it mirroring the piano part and half “A Little Night Music” with some of the more atonal lines in the second verse. This is one that I feel is as applicable outside of the story as it is in the story. It’s about the boundless power of love and recognizing the futility of materialistic desire.

In support of Go to School, The Lemon Twigs have mapped out a North American headlining tour. The band’s itinerary includes dates opening for Arctic Monkeys. See the full schedule below, and grab tickets here.