Twenty-five years after gracing TV screens in 1993, the Mighty Morphin Power Rangers are still chugging along, fitting a new cast of twentysomething “teens” with colorful spandex and interlocking robots each new season. Part of this is baked into the show’s origins as an American remix of imported Japanese footage from the long-running tokusatsu show Super Sentai; however, changing up the cast and premise allows for the show to keep running with new themes, new Zords, and new toys to sell.

Still, no matter how many Rangers the decades-old show goes through, the original teenagers with attitude will always have a special place in the hearts of 90s kids who grew up karate-kicking their friends a few too many times on the playground. While some of them mostly just enjoyed the 15 minutes of fame the show afforded them, others have launched into surprisingly successful and idiosyncratic careers. Let’s plug into the Morphin’ Grid and find out how these morphinominal teens fared after their time on the show ended.

Jason (aka the Red Ranger) 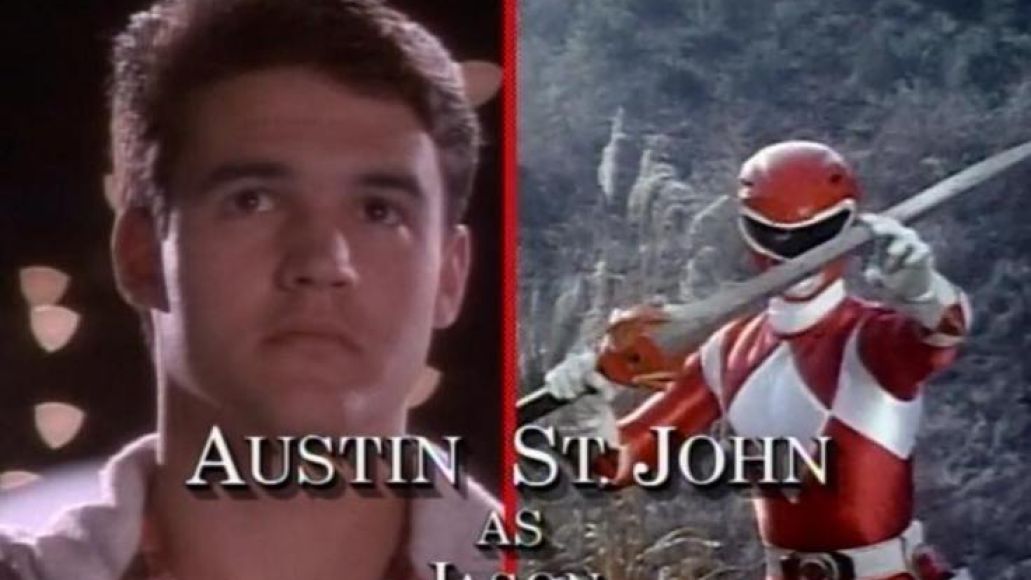 The original leader of the Power Rangers, Jason was the beefy jock who held the Power Sword and kept the team together through thick and thin. However, after the show took off, he and castmates Walter Jones and Thuy Trang asked for more money, only to get fired and replaced by replacement characters. Still, St. John managed to come back to the show in the follow-up series, Power Rangers Zeo, as the Gold Ranger, and make an appearance as a brainwashed version of Jason in Turbo: A Power Rangers Movie. (He also came back for “Forever Red”, the 10th anniversary episode that teamed up every Red Ranger to date.)

He doesn’t have many IMDb credits apart from that (and the aforementioned Monsters at Large), but he remains a mainstay on the Power Rangers convention circuit. 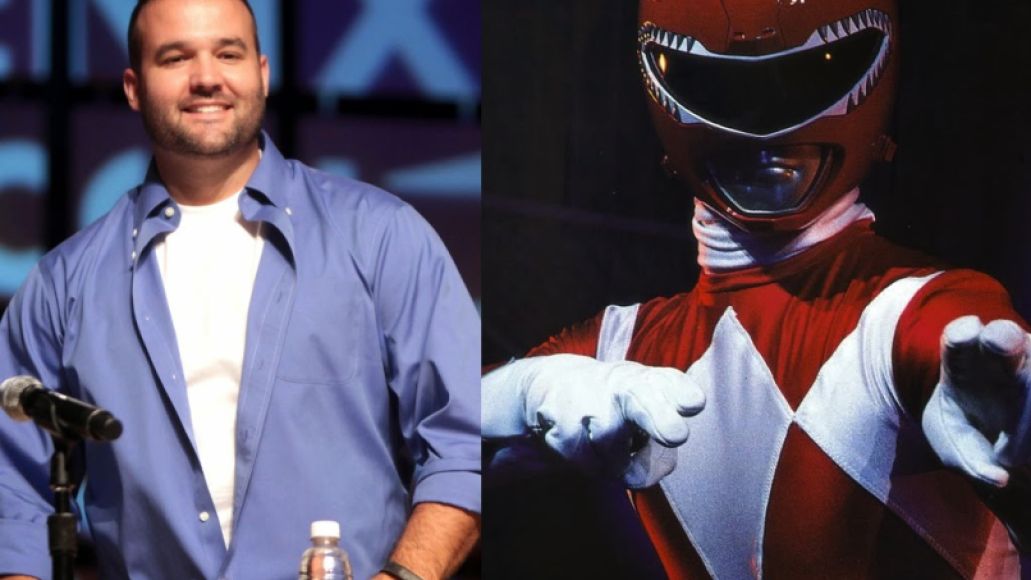 Kimberly (aka the Pink Ranger) 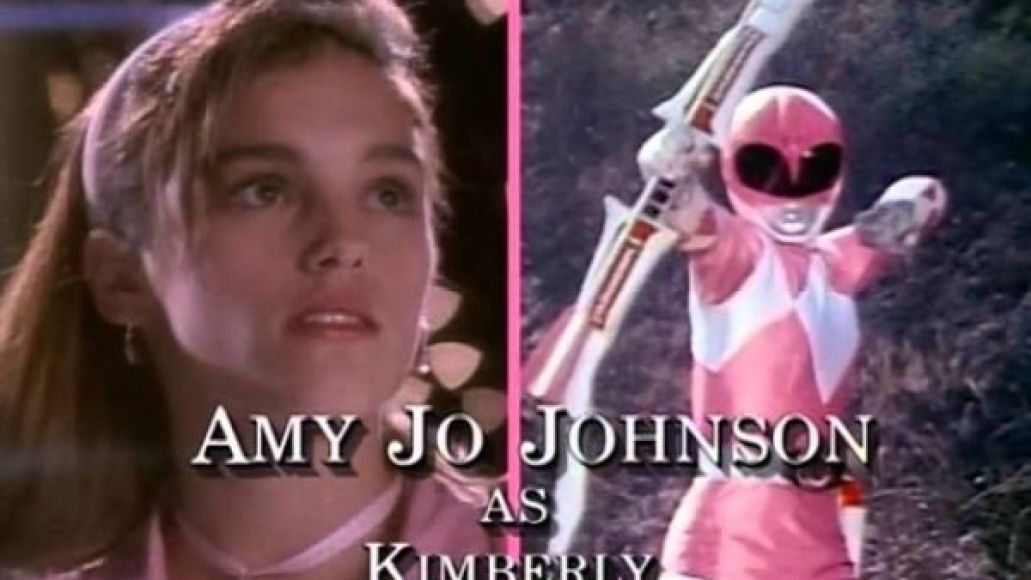 Last Seen: The Canadian indie dramedy The Space Between (2017), which she also directed

Arguably the actor to see the most successful career post-Rangers, Johnson’s also well-known for her three seasons on the hit J.J. Abrams show Felicity as budding singer-songwriter Julie Emrick. (Johnson herself is a semi-prolific musician in her own right, with three albums and a host of other contributions.) Apart from that, she guest starred on a bunch of TV, from Spin City to ER, as well as a few independent films. More recently, she played a member of a Toronto-based tactical police unit for five seasons on the Canadian police procedural Flashpoint (alongside Enrico Colantoni).

Currently, Johnson is dipping her toes into directing, with two well-received short films (2013’s Bent and 2014’s Lines) and her independent dramedy The Space Between. And, of course, she made a welcome cameo in last year’s Power Rangers reboot. 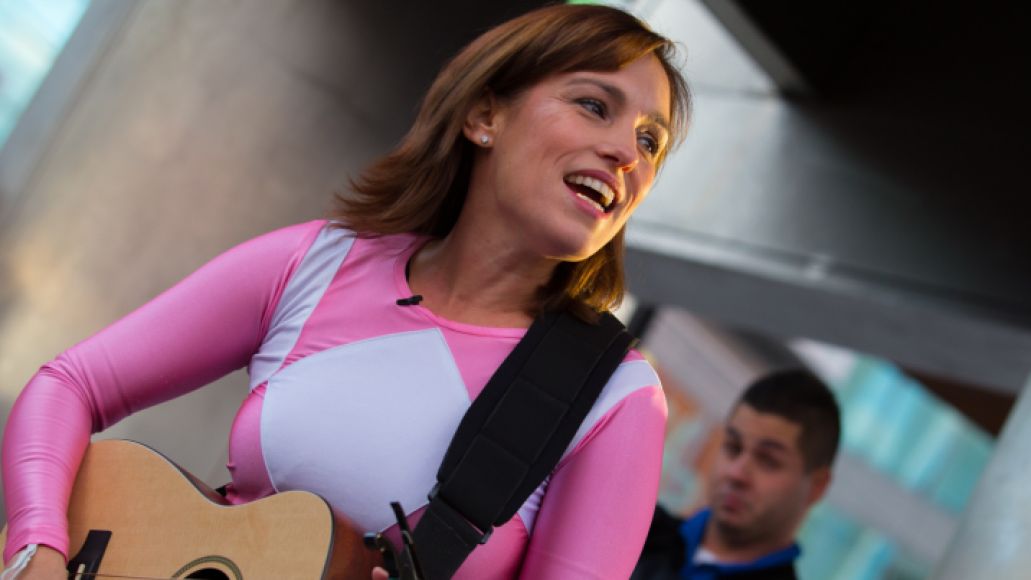 Billy (aka the Blue Ranger) 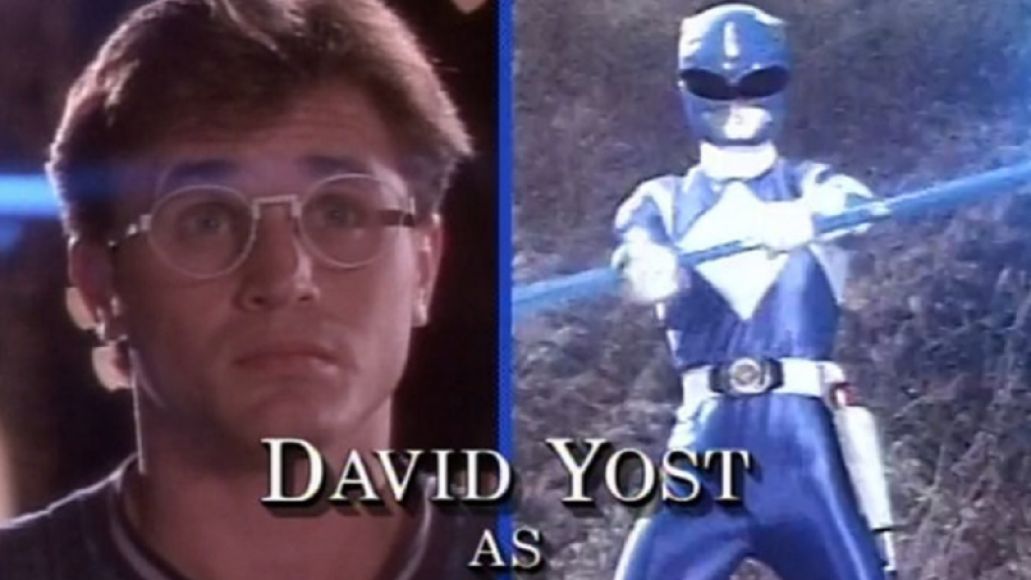 The actor who played brainy Billy on Mighty Morphin Power Rangers had one of the most difficult post-Rangers careers. Within the show, he was the longest-lasting original ranger, staying on through all three seasons of the original Mighty Morphin and most of its follow-up season, Zeo (as Billy took on more of an advisory role to the team). Yost left the show most of the way through that season, and Billy was quickly written out.

While people speculated that it was due to that classic PR chestnut of low pay, Yost revealed in a 2010 interview that he was relentlessly bullied on set by crew members and producers for being gay, which precipitated his departure from the show. This led to a tragic few years where he attempted anti-gay conversion therapy and even contemplated suicide. Thankfully, he has since recovered and moved on to TV producing and theater – and, of course, is a fixture at Ranger conventions. 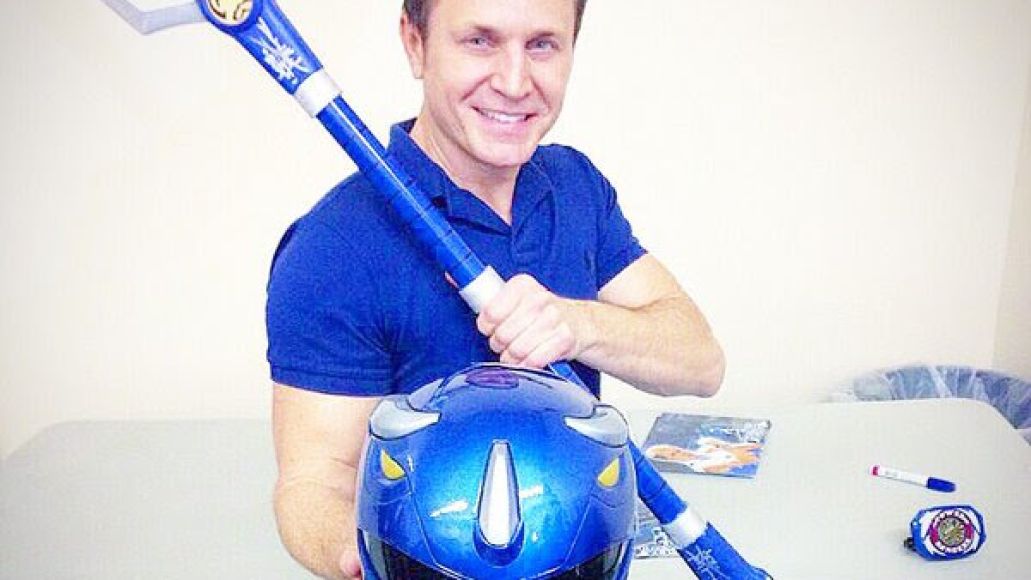 Trini (aka the Yellow Ranger) 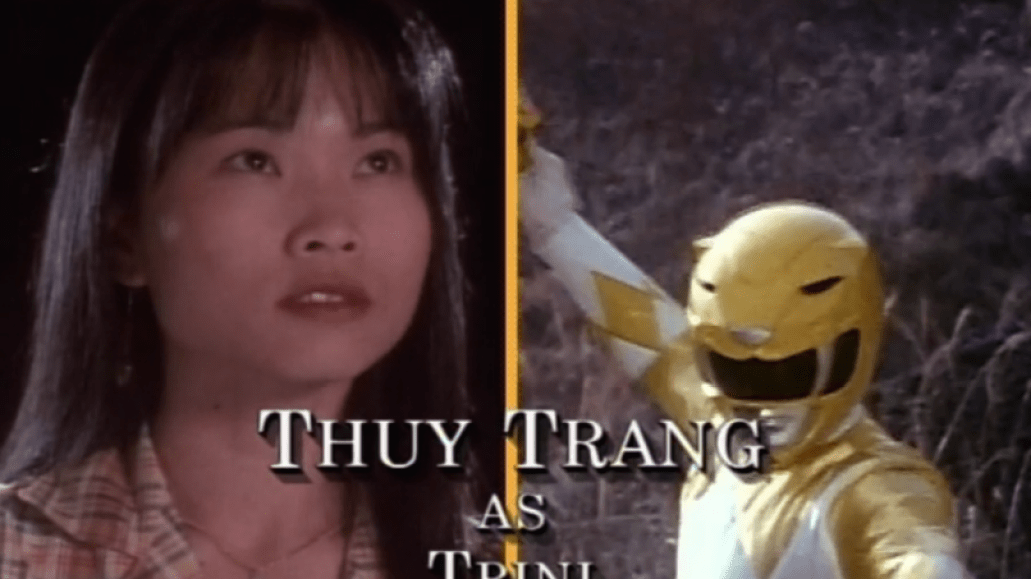 While the thoughtful Trini was a valuable member of the original cast, actress Thuy Trang endured a far more tragic fate than her castmates. Like St. John and Walter Jones, Trang was let go in the middle of the show’s second season after a pay dispute; from there, however, she only had time for one other substantial role (a lead villain role in the sequel The Crow: City of Angels) before she was tragically killed in a car accident in 2001, at the age of 27.

Zack (aka the Black Ranger) 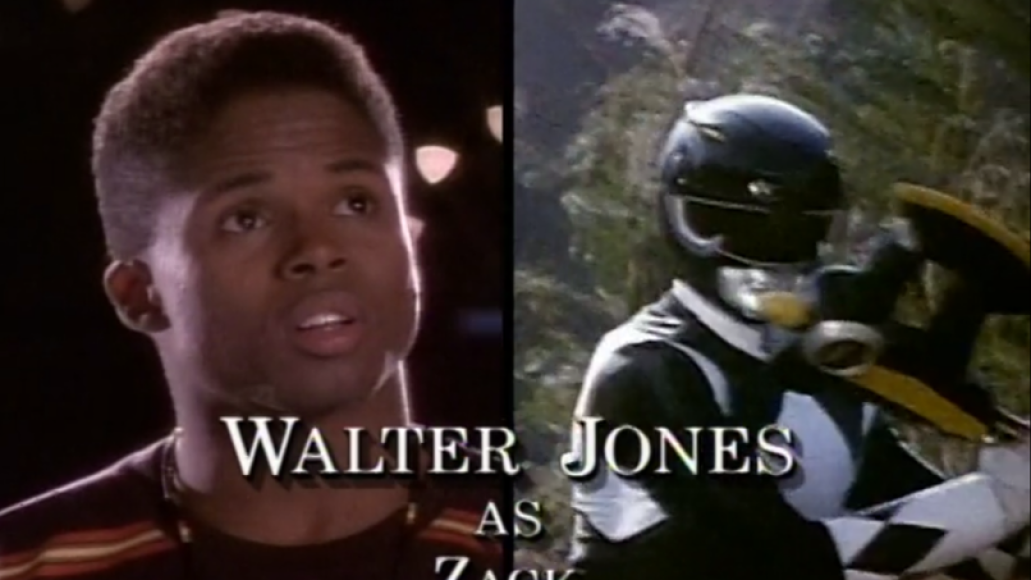 Yes, we’ve all heard the jokes about the black guy being the Black Ranger, but Zack was still the coolest kid in school, teaching his classmates that patented blend of karate and breakdancing he called “Hip-Hapkido.” (Oh, Power Rangers.) While Jones’ character suffered the same fate as Jason and Trini, Jones himself bounced back to a nice career in TV through the ’90s – he guested on an episode of Buffy the Vampire Slayer and co-starred in the short-lived Nickelodeon sci-fi show Space Cases (alongside Firefly’s Jewel Staite). Of course, he occasionally went back to Power Rangers to voice the occasional monster – a common practice among former Rangers.

Also, he apparently makes a cameo in The Fast and the Furious: Tokyo Drift, which should prompt all of us to drag out our DVDs and look to see where he crops up in that hallowed franchise. 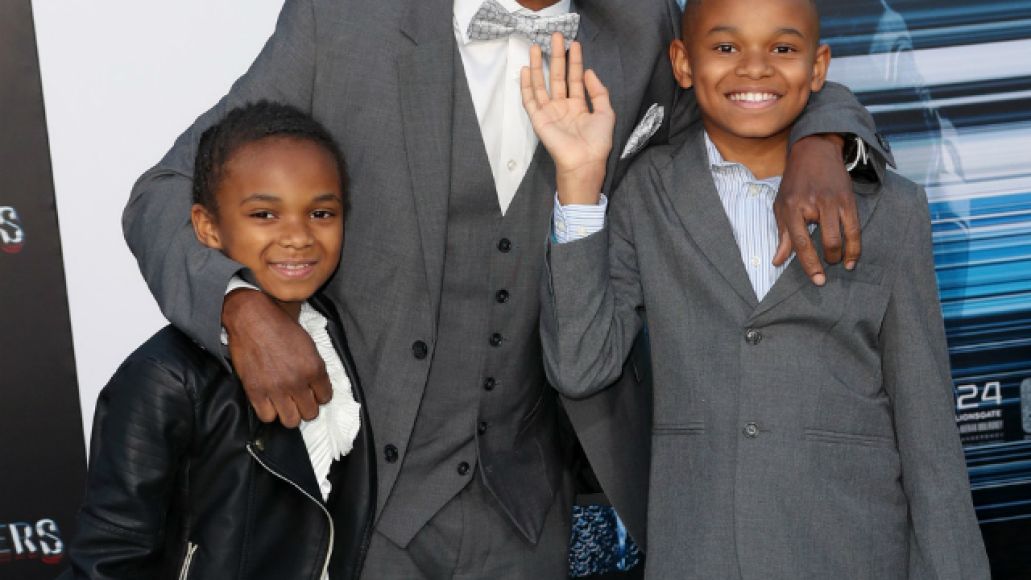 Tommy (aka the Green/White Ranger) 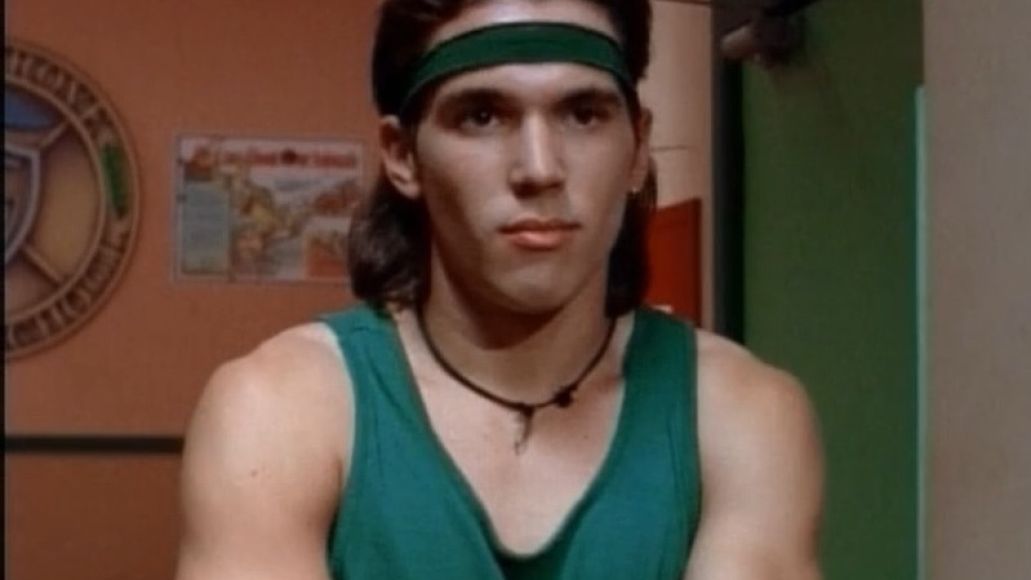 The Godfather of Power Rangers, Jason David Frank’s Tommy Oliver remains the most popular Ranger of all time – and one of the longest-running. Ever since he joined the team halfway through the first season as the formerly villainous Green Ranger, the martial artist and actor stayed loyal to the show through nearly five more seasons of Putty-kicking mayhem. Over the course of his time on the show, he became the White then Red Rangers before eventually leaving with Power Rangers Turbo in 1995.

Still, that didn’t keep him away for long, returning to the show in 2002 with Power Rangers Dino Thunder as the new team’s mentor (and eventual Black Ranger). He still crops up in anniversary specials from time to time and cameoed in the new movie (along with Johnson). Like the other Rangers, he’s also a frequent presence at conventions – which put him in the crosshairs of a crazed fan who was arrested for planning to assassinate Frank at Phoenix Comic Con in 2017.

Since 2009, Frank has also enjoyed a prolific career as a professional MMA fighter – being a Christian, his catchphrase in UFC circles is, naturally, “Jesus don’t tap.” Never change, Tommy

What Ever Happened to the Original Mighty Morphin Power Rangers?