Music videos have traditionally acted as stepping stones for filmmakers. However, that’s not quite the case for Michel Gondry. The award-winning French director, screenwriter, and producer, who began his career by making strikingly original videos for his own rock band, Oui Oui, has indeed gone on to design major ad campaigns, work in television (including Kidding, his new Showtime series starring Jim Carrey), and direct generation-defining films like Eternal Sunshine of the Spotless Mind. Still, he’s always returned to his music video roots between projects, never even hinting that his first medium, one that often gets treated as mere commercial work, is in any way a lesser art form.

And it’s that attitude, perhaps, that has driven Gondry to continue practicing music videos as high-concept art. Over the years, he’s continued to tweak and perfect a number of inventive styles that have allowed him to turn his videos into unlikely vehicles for surprisingly complex storytelling. It’s a calling card that’s not only allowed him to frequently work with acts as beloved and revered as The White Stripes, Björk, and The Chemical Brothers, but one that’s often resulted in creating visuals that have become permanently associated with these artists.

While his videography no doubt has plenty of highlights still to come, with the premiere of Kidding this weekend, we decided to take a look back and marvel at 10 times the singular talents of Michel Gondry have transformed a song by one of our favorite artists into a triumph of visual storytelling. 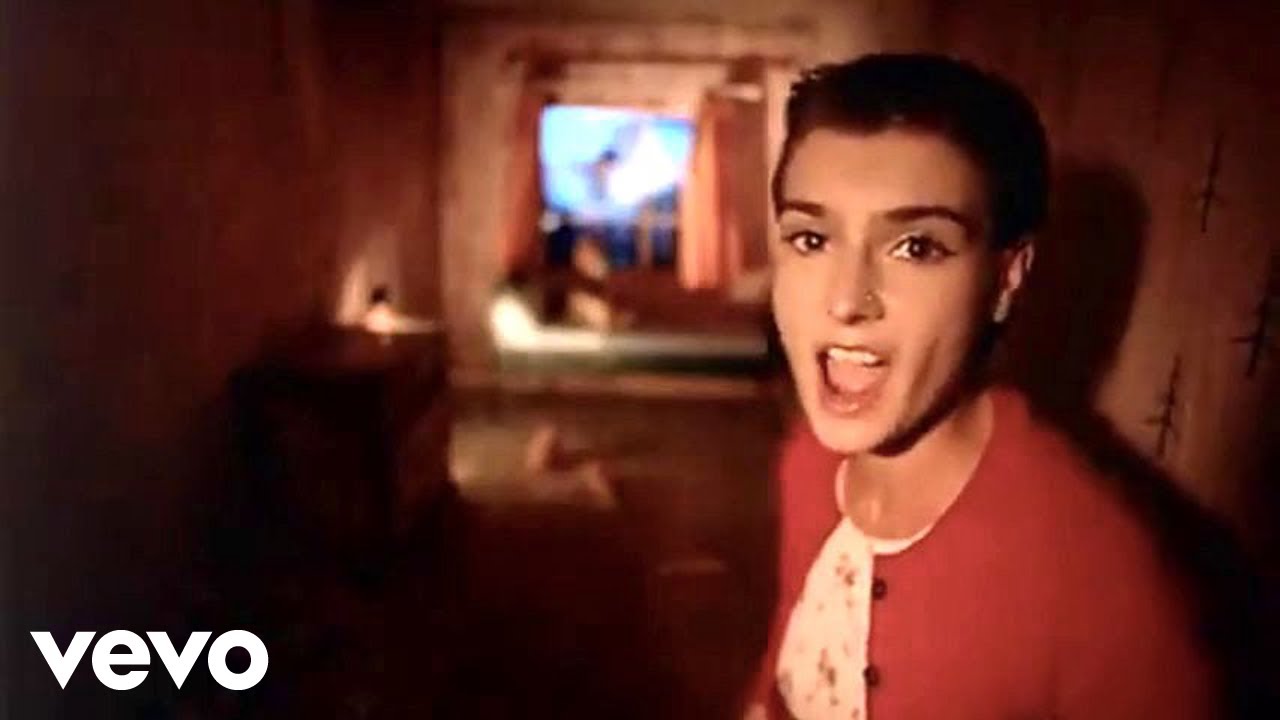 By 1994, most music video viewers likely still pictured Sinéad O’Connor as either the raven damsel wandering the austere grounds of the “Nothing Compares 2 U” set or as the bald and brazen protester tearing up a photo of Pope John Paul II on SNL. However, Gondry’s treatment of “Fire on Babylon” casts the ballsy singer in a far different light. Dressed in a doll-like, floral print and bright, red sweater with brown hair grown out to almost pageboy length, O’Connor embraces the abused and fearful child that still lives within. Creating one of his famous cardboard cutout realities, Gondry places the isolated O’Connor and her girlhood counterpart in an interconnected, Coraline-reminiscent world, where the grown woman remains haunted by a childhood full of dollies being drowned in sinks, birthday cakes being allowed to burn to the tabletop, and physical and emotional abuse as cold and calculated as the terrible drilling and grinding torture machine she imagines. The little girl has the last laugh, though, as O’Connor, donning armor à la Joan of Arc, returns to vanquish the machine and burn down the hellish home of her youth.

Gondry Gaze: The trapdoor flipping of her home and spinning of her bedroom wall brilliantly use motion to demonstrate how much of that scared, little girl remains inside the adult O’Connor, but nothing screams Gondry more than the projected familial apparitions and memories that appear and fade throughout the video in the house’s backyard. As light and dark outside the window mark the passage of time and neighboring homes shift about all around the house in question, O’Connor’s existence remains stunted and haunted until she finally confronts her abusive past. Few videos compare 2 it. 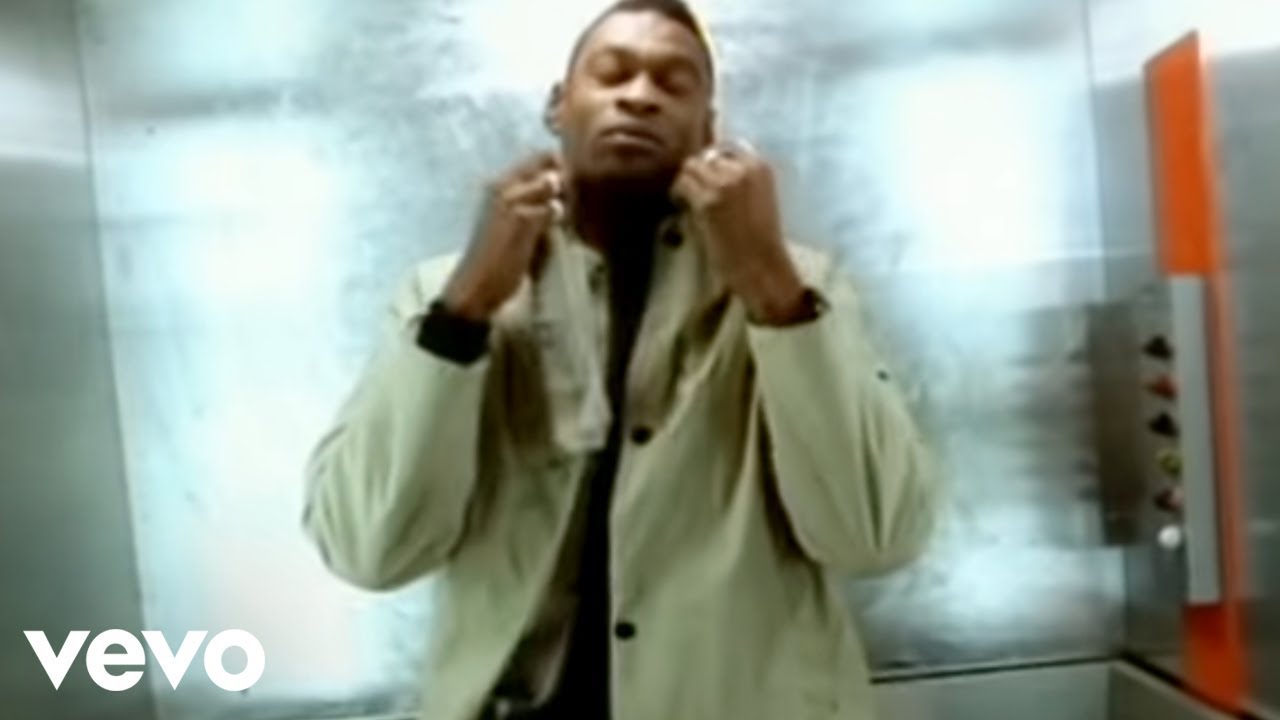 Whether it be Sinéad O’Connor’s girlhood window or the eye sockets of Black Crowes frontman Chris Robinson after aliens have snatched his body, Gondry’s videos often ask us to look outward from the inside. That vantage gets flipped in the video for Massive Attack’s “Protection”. Taking an ambitious page out of the shooting script from Hitchcock’s Rope and borrowing his concept from Rear Window, Gondry, in one seamless camera shot, pans away from guest chanteuse Tracey Thorn and moves throughout an apartment building, peering into different flats and into the lives of her neighboring tenants. In a song about desperately needing someone to embrace, Gondry’s vision plays up the tragedy that Thorn is surrounded by people and yet utterly alone and isolated at the same time. It’s a visual concept that could be used to a number of lighter ends, or one that could easily lose its humanity in the process, but here Gondry opts for a sobering effect that perfectly fits Thorn’s quiet pleas.

Gondry Gaze: Sometimes the simplicity of a concept can belie just how ambitious or complex an actual video turns out to be. Not only does Gondry shoot “Protection” in one seamless shot, but our admiration increases when we learn that Thorn’s apartment building was built not six stories up but six stories flat. To accomplish the effect, the film was shot above from a crane, with most of the characters, including Thorn, on their backs and other motion effects being created by a system of pulleys and projection screens. All hail the master.

The suicidal fantasy that is “Hyperballad” was born of a dream Björk once experienced. More specifically, the song talks about the parts of ourselves we sacrifice and the aggression we must release to go through our daily lives and be with someone after our initial infatuation with them has dissipated. By no means is it surprising, then, that she tapped Gondry, her longtime collaborator, to help her create the visual component to this composition. Much of Gondry’s work takes place in that space between waking and dreaming, and the idea of the fragmented self populates several of his videos from Sheryl Crow and Kylie Minogue to Wyclef Jean and Foo Fighters. Here, we find a sleeping, dreaming Björk gently swaying back and forth while a projection of her sings and a pixilated video game version absconds to the mountaintop, past buildings and communication towers, and leaps to her death (or emancipation as the case may be). As the chorus soars and Björk explains herself, we come to understand that it’s the artist, the frustrated lover, and the desperate individual all in one, each an undeniable ingredient of the woman that wakes every day and struggles to carry on.

Gondry Gaze: The electronic bleeps and bloops of Björk’s composition are perfectly complemented by Gondry’s use of projections, blinking bulbs, and flecks of light. Not only do they gorgeously distinguish between the various Björks appearing in the video, but they create a sort of static confusion and breakdown in communication that you can imagine existing between the dream and waking states and between the smiling outward self and the secret self that we keep tucked away. 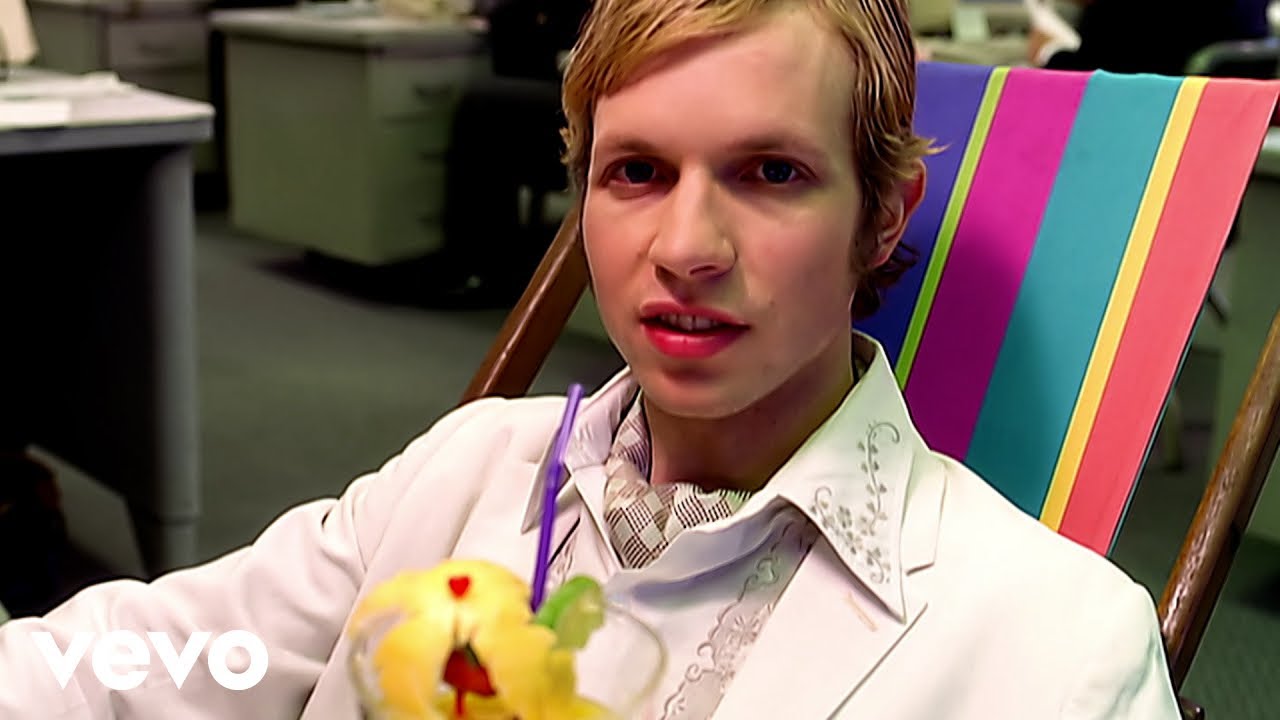 The video for “Deadweight” pushes Beck through the looking glass into a world of opposites. There the ’90s slacker prince holds down a desk job (behind a literal desk) at the beach and later holidays in a beach chair and leisure attire as a proper business office buzzes around him. If Gondry’s antithetical hijinks aren’t stimulation enough, the video also serves as an ad for Danny Boyle’s film A Life Less Ordinary, the soundtrack to which includes “Deadweight”. This is where Gondry raises the art form to another level. Instead of simply splicing clips from the film into the music video, he creates a premise in which Beck’s world and Boyle’s movie interact with one another, in a sense competing for the claim to being the true reality. So, when an annoyed beachgoer tosses a child’s toy truck into the ocean, we see a similar-looking truck go flying off a cliff in Boyle’s film. Likewise, when a punch gets thrown in A Life Less Ordinary, it’s Beck who absorbs the blow rather than the film’s star, Ewan McGregor. The entire struggle brilliantly resolves itself when Beck goes into a theater to see Boyle’s movie and instead finds himself and what he thought to be his reality (no longer a world of opposites, though) onscreen before a popcorn-munching audience.

Gondry Gaze: The director spares no visual expense to capitalize on the irony of Beck’s ocean-side clerical work (the rubber stamp tree is a beautiful touch), and it never gets tiresome watching Beck wading ankle-deep in the carpeted floor of a corporate office. Still, no moment is more memorable than when McGregor calls not Beck, but Beck’s shadow at a payphone. In the next shot, we see the shadow trudging down the sidewalk now dragging Beck on the pavement behind him. What a loser, baby. 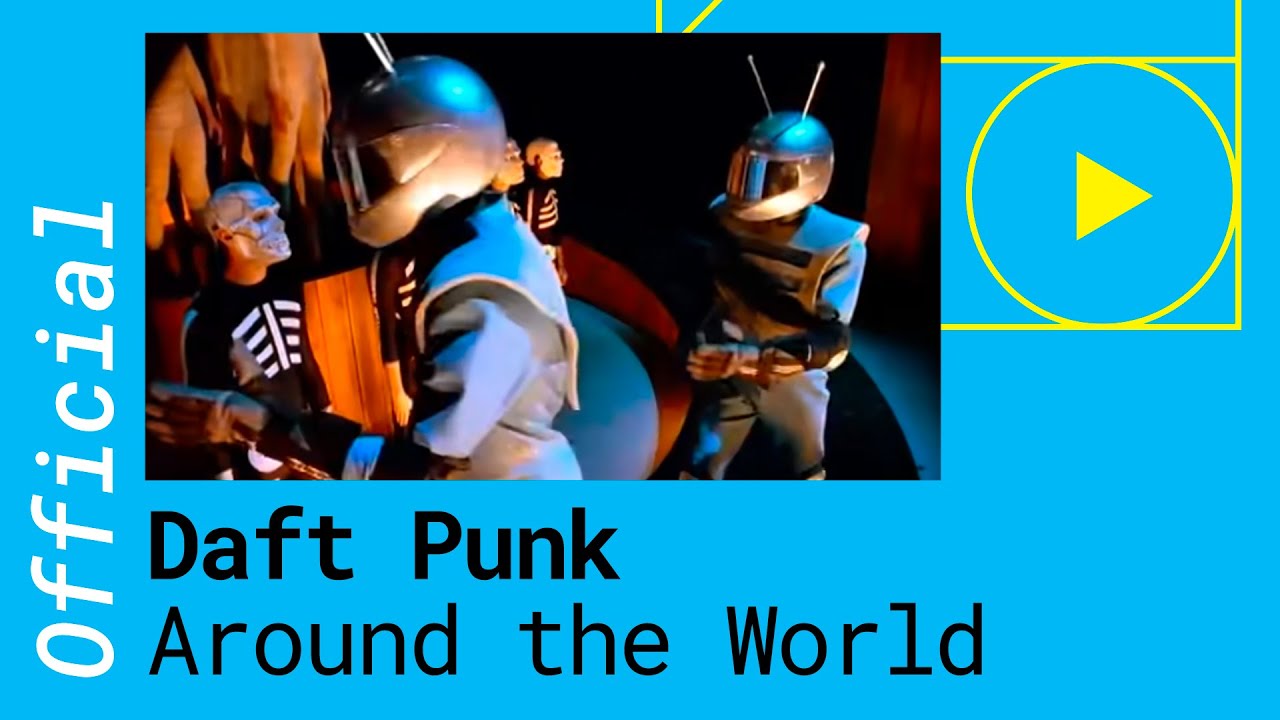 Despite a critically acclaimed and hit-laden debut album, Homework, there still remained plenty of mystery surrounding French house duo Daft Punk back in 1997. It’s also fair to say that the Gondry-directed music video for their No. 1 dance hit “Around the World” didn’t shed much additional light on the pair. What the video did do, however, besides help launch Daft Punk further into the stratosphere, is demonstrate the director’s uncanny ability to combine repetition and motion within a complex minimalist context to make visuals that look how music sounds. Here, using only a rotating set (or camera) and several choreographed dance groups – including four b-boy skeletons 20 years prior to David S. Pumpkins — Gondry ultimately creates a human (as in made of humans) wave-style visual output for the song. Elements of this video, such as the use of a small, circular space and visuals replicating the accompanying sound would evolve to greater storytelling effect in future videos like Radiohead’s “Knives Out” and The White Stripes’ “Hardest Button to Button”.

Gondry Gaze: The absurdist flair of having skeletons, astronauts, mummies, and creatures in tracksuits with oddly extended torsos all dancing together surely checks a stylistic box for Gondry; however, what stands out more are the director’s retreats and cuts that pull back from the action one second and have the viewer on the floor with the dancers the next. More is always going on than you think in a Gondry music video, and part of the overall impact is being forced to see and absorb both the forest and the trees of the video. Oftentimes, music videos aren’t prepared to let us see both; it reveals too many cracks in the concept or craftsmanship.