It’s been a busy year for one of metal’s most larger than life characters. Matt Pike has been fronting High on Fire and playing guitar in Sleep for many years, but rarely in the same year. With both bands dropping new albums in 2018, Pike has endured a whirlwind year of writing, promotion, and touring for the better part of the last two years. And that’s just the way he likes it.

After Sleep’s surprise comeback album The Sciences, dropped on 4/20 of this year, Pike is now gearing up for High on Fire’s new disc, Electric Messiah, which arrives October 5th. Electric Messiah stretches High on Fire’s high-octane blend of thrash metal and punk with a more varied dynamic range. Pike and his bandmates Jeff Matz (bass) and Des Kensel (drums) sound like they’ve never had more fun crafting expansive journeys through the church of the riff. Exquisite Jeff Hanneman-like solos and awe-inspiring sonic power comfortably place Electric Messiah among the rest of High on Fire’s discography, but flashier and more developed song structures distinguishes Electric Messiah as possibly the band’s strongest material to date.

Pike took some time to speak with Heavy Consequence on the new album, balancing his music projects, and how a stable and sober lifestyle has allowed the most creative version of himself to emerge.

Read Matt Pike’s thoughts on the aforementioned topics, plus the influence of late Motörhead legend Lemmy Kilmister (who inspired the album’s name and title track), how he uses humor to write vicious riffs, and much more:

I feel like everything fell into place properly with this one. I like how we recorded the guitars and vocals, I liked how there was a real back and forth between us and [producer] Kurt [Ballou]. We really feel like this is strong material. Maybe it could have came out a year ago, but we really took our time with the mastering and made sure everything wasn’t half-assed. I love what we say on this record, I love the artwork. I feel like we took the same toolbox and reinvented ourselves on this one.

On recording and working with Kurt Ballou for the third time

I think it’s his recording technique and mixing [that keeps us returning to him]. He has this formula…he’s just ridiculously smart. The dude should have worked for NASA, but instead he makes music. I guess that’s a score for the metal community, so we got one of ‘em anyway. He’s so good at recording fast stuff with a lot of dynamics. He really can bring out details in a special way. I’m sure he learned all these tricks recording the freaky stuff Converge does, so for bands that do heavy, noisy stuff he’s great. He just has this formula that I can’t explain but it works great for High on Fire.

With this record, I feel like it’s more fun that past High on Fire records. It’s really energetic. It’s not a downer. I wasn’t trying to do the doom thing. It’s a good match for Kurt.

On his personal life and how relationships influence his work

I’m with a partner now that is a tattoo artist and musician. We lead a similar lifestyle and she really understands multi-tasking. I moved up to Portland now and I have a house with a DIY studio. I think that’s why there are less of my sissy songs on Electric Messiah. Before Luminiferous, I was with my best friend for seven years but we realized our lifestyles just weren’t really compatible. Ending that [relationship] effected the writing on Luminiferous. I don’t have any of the “cry in my beer” songs on this one. Laughs. This one is full throttle.

I always study ancient Sumerian culture and Mesopotamia, their mythology, how those myths influence religion, and how religion then influences the world. Put a tinfoil hat on me if you want, but that’s the stuff I believe. I generally think the strings are being pulled. So there is more focus on those themes on the record than on past High on Fire records.

That was a hard thing. That was tough for me. The way I learned to sing was with whisky and hot toddies. But on this one I didn’t drink. On Luminiferous, I fell off the wagon. I just didn’t know how to [sing sober] and I got chewed out by my friends for it. I think I recorded the vocals well enough but I fell off the wagon. My friends gave me the encouragement that I could do it and I finished this album without drinking. I think it went great. This time it was all Egyptian licorice tea. My voice was hitting high notes that I didn’t even know I could hit. We’ll see if I can hit them live.

The big influence here was Lemmy. I had this dream where he came to me and he was pissed off at me. He was saying, “You’re trying to take my throne, boy!? You can’t do that!” But it was really cool. I wrote that tune “Electric Messiah” shortly thereafter. I don’t think that song or the album sound like Motörhead other than a little bassline here or there. It’s closer to a hardcore punk record with a little bit of metal for me. Just something about it reminds me of Lemmy. People have told me even before he died that I’m the next Lemmy or the American Lemmy. I always tell them, “No way man. I don’t touch that guy.” I guess it’s the similar rough voice.

In terms of starting out [the writing process], I always start out with [Tony] Iommi. The church of the riff is the church of Iommi. He’s the blueprint and when you’re starting from scratch what’s the first thing you do? You look at the blueprint. I also love a guy like [late Slayer guitarist Jeff] Hanneman, who could make something so ridiculous and make it sound beautiful and dark. The Slayer guys and the Judas Priest guys are really inspiring to me because they never have gotten dated. They’re always on the cutting edge of what metal is doing. No matter what’s going on with a new record, this is where I start.

On balancing High on Fire and Sleep

With Sleep, we’re all getting older but we still feel like we can reinvent ourselves because we all have gotten more creative and inventive as we’ve gotten older. It took us a while to get back in the groove because we hadn’t written together since Dopesmoker, but Al [Cisneros, singer-bassist], Jason [Roeder, drummer] and I have all stayed busy with our different projects. “The Clarity” was a real breakthrough for us because we felt it was the first great thing we wrote when we got back together. I think “The Clarity” is one of the best things we’ve done.

Since all three of us in Sleep are in two bands everyone has gotten good at balancing things, but it’s also pushed all of us. We’re all always busy with music. We’re like a little family of bands that has to respect each other. I’m always working the two most talented rhythm sections in the world and I need to keep up. I feel like working with one just keeps me sharp for the other.

I think my work speaks for itself but I love comedy. I don’t think I’d be a good standup comedian, but if you know me, I joke around all day. When I write riffs for any of my bands I write riffs that I think are kind of “smart-ass.” Like when you think you have something good and rockin’, but you make it even more rockin’ to the point where it sounds ridiculous, that makes me laugh. It’s comedy to me. Think about a rabid dog. Then you add bigger teeth and a bigger body and suddenly you have a werewolf. That’s my analogy for writing riffs and the way I look at music.

I mean I take this seriously and I want it to sound vicious. I like extreme music and I stay true to that aesthetic, but I always try to think how can I make this sound even stupider. I really think this is the only way to get anybody to pay attention because metal has all these guys who try to quantify it and end up making the same song every time. I think there are a lot of bands that sound formulaic. I like bands like Celtic Frost, Tragedy, and Bolt Thrower that really tried to mess with the mold.

On crediting his prolific 2018 to stars aligning, luck, or just feeling creative

It’s sort of been all of those things. I had planned on this being my year of getting shit done. It feels like now I’ve got most of that done now. The rest of the year will be touring and finding some time for myself at home. I think me and my bandmates are all at an age where we really got to work to make a living and we all want to create songs we can play for the next 10 years. I don’t really mind working though. As long as I get a little time off every now and then I’m happy being busy and creative. If I bottle all that up I get depressed when I don’t make something. They say idle hands are the devil’s playthings and we all know my problems. I avoid that by staying as busy as I can. 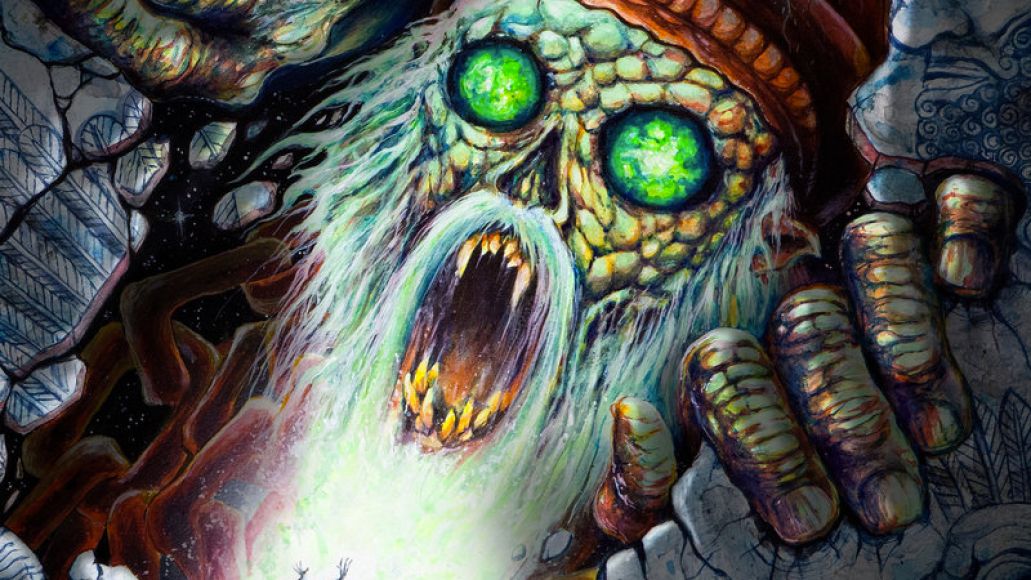 Our thanks to Matt Pike for taking the time to speak with Heavy Consequence. High on Fire’s Electric Messiah album is available for pre-order here, while dates for the band’s co-headlining tour with Municipal Waste can be found here.