Bummer alert for rock and metal fans planning to attend this year’s Louder Than Life Festival in Louisville, Kentucky. After rains plagued the Bourbon & Beyond Festival this past weekend at Champions Park, the grounds were determined to be too deteriorated to stage the Louder Than Life festival at the same location this coming weekend (September 28th-30th).

This past weekend, the two-day Bourbon & Beyond festival had to cancel its second day, after heavy rains disrupted day one. Now, with only a few days to prepare for Louder Than Life, promoter Danny Wimmer Presents has pulled the plug on the popular festival.

It is with deep regret that we inform you that this weekend’s Louder Than Life festival has been canceled due to unsafe conditions resulting from ongoing rain and flooding at the festival site —Champions Park. After carefully inspecting the grounds and infrastructure this evening, the City and we have determined that it is no longer possible to make the festival site safe in time for this weekend.

We appreciate the outpouring of support from our fans, the numerous offers to come out and help, and the herculean efforts of the City of Louisville in trying to make the festival happen. The one thing we will never sacrifice is the safety of our fans, bands, staff and patrons.

Before making the decision to cancel the festival, we looked at every option, from moving the event to another location to breaking the event up into smaller events in various venues. Unfortunately, it’s not logistically possible, and the weather is just not cooperating. It is not safe to attempt to move equipment, and replacement equipment is not available.

We are so proud of this year’s festival experience that included incredible music, a showcase for Louisville’s great food scene, and of course an unparalleled offering of Kentucky bourbon, and more. We’re so disappointed to not get the chance to share all of this with you. This year’s Louder Than Life was going to be the momentous experience you all deserve.

We will be back next year even bigger and better, and look forward to continuing our relationship with our incredible fans and this great city.

As a result of the cancelation, Danny Wimmer Presents is offering full refunds for all tickets, camping packages and VIP passes. 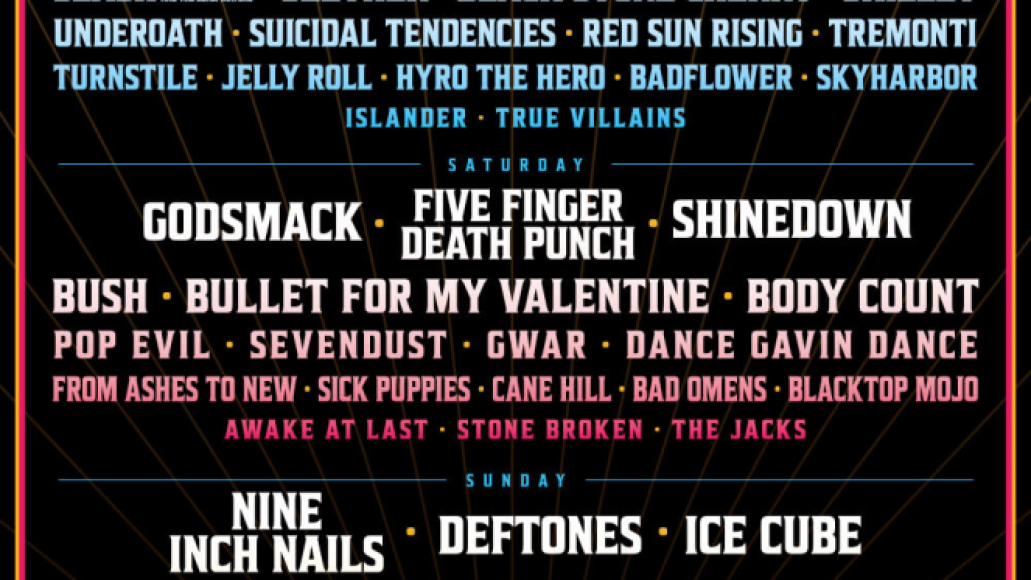