Next May, Taron Egerton (Kingsman) will bring the magic and whimsy of Elton John to the silver screen in Dexter Fletcher’s epic musical fantasy, Rocketman. Today, we have our first look at the Crocodile rocker and, well, he looks damn good.

As you can see below, Egerton has totally absorbed John’s ’70s aesthetic, right down to the thinning hair. It’s a promising sign for what’s been a mildly rocky journey, seeing how Tom Hardy was once attached with director Michael Gracey. 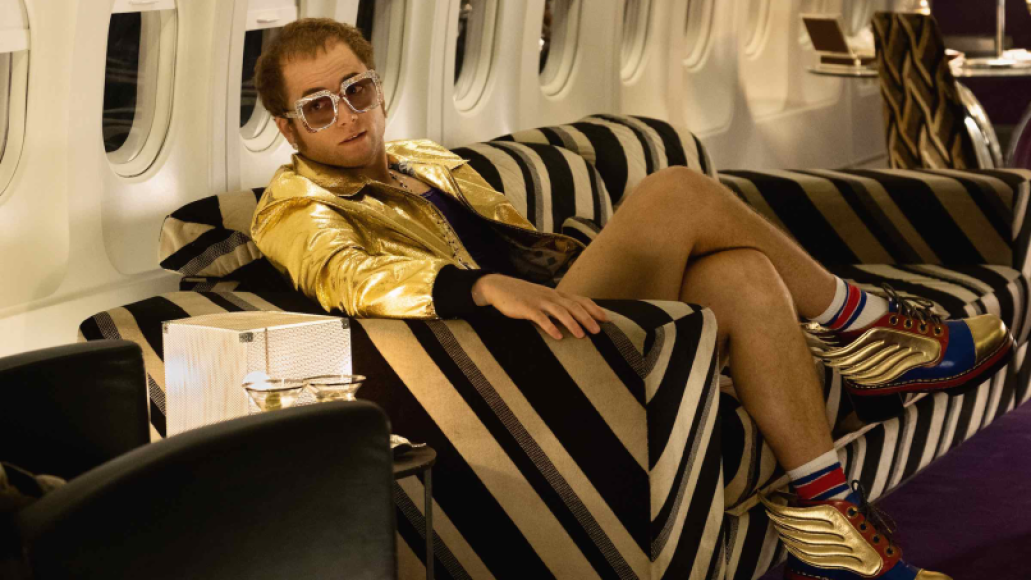 This is familiar territory for Fletcher, though, who also stepped in for another rock ‘n’ roll biopic — next month’s Queen foray, Bohemian Rhapsody — after original director Bryan Singer was fired and … um, got in trouble?

Nevertheless, Rocketman lifts off May 31st via Paramount and will reportedly give an “uncensored human story of Sir Elton John’s breakthrough years.” Joining Edgerton is Jamie Bell, Richard Madden, and Bryce Dallas Howard.