In 2010, Robyn released Body Talk, and mainstream pop around the world was forever changed. Or rather, American pop eventually changed. It seems Robyn had to take eight years away to allow for US pop and indie music to catch up to her in terms of empowering, expansive inclusiveness; stripped-down, electronic complexity; and general coolness. Which means, it’s the perfect time for Robyn to finally return with her sixth album, Honey.

In the decade since the 39-year-old Swedish artist released new solo work, Robyn has definitively shifted from pop star to pop icon. Even while living predominantly out of the spotlight, her music has continually found new audiences and grown in cultural consciousness — from the classic “Dancing on My Own” featured in a memorable scene on Lena Dunham’s Girls to her collaborations with indie and house acts like The Knife, Teddybears, and Röyksopp. Listeners have long connected with her unadorned delivery of complicated emotions, lyrical specificity of heartbreak, and subversion of pop forms to reflect reality. And, through it all, there’s the triumphant catharsis of dancing through the tears, whether in the communal anonymity of the club or alone in your room. 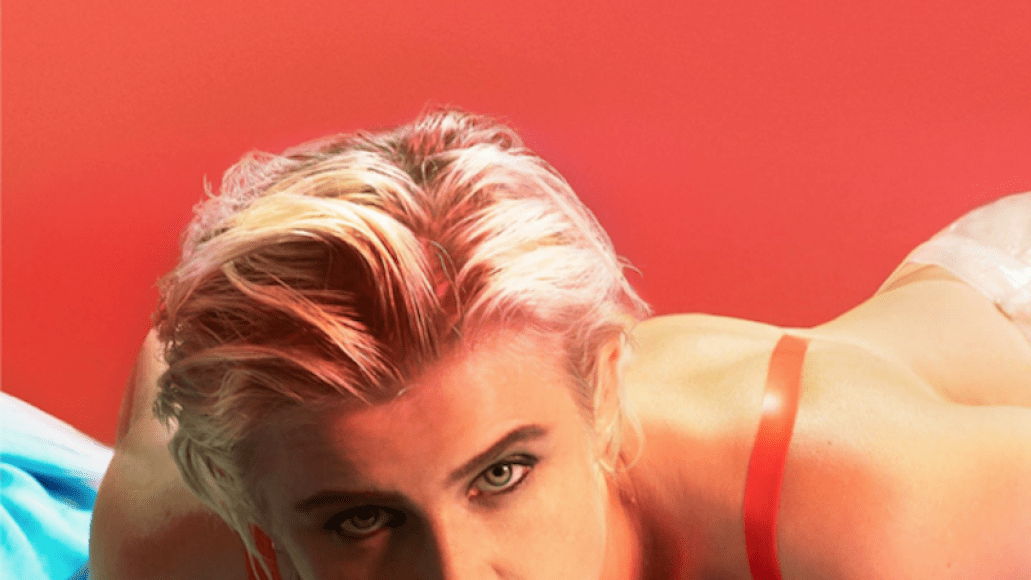 Since striking out from the mainstream pop machine, Robyn has created according to her own intuitive timetable. But this latest project was further delayed by the huge personal losses Robyn experienced: the breakup with long-term partner Max Vitali and the sudden death of close friend and collaborator Christian Falk. Between 2014 and 2016, Robyn says, there were times when she couldn’t even get out of bed. She stayed away from her home city of Stockholm to cope, clubbing in Europe and Los Angeles, where she was inspired to make music again upon hearing minimalist electro track “XTC” by DJ Koze. When she went back to work, however, she did it alone for a long time. She taught herself production. She abandoned traditional pop-song structure with beginnings, middles, and ends. She submerged in her club-kid roots, dancing on her own to disco, funk, house, and techno — before surfacing through the deep filter of her life, loves and losses.

As we wait for Honey to finally drop this Friday, we look back at 10 ways that Robyn was way ahead of her time.

10 Ways Pop Star Robyn Was Ahead of Her Time