As the chief lyricist for Broken Hope, Wagner has penned hundreds of songs about blood, guts and gore. However, his fiction writing travels a more detailed path.

Set in present time, the post-apocalyptic nightmare tells the tale of a pandemic outbreak that infects the world with a Necro-rabies disease that turns humans into zombies. Influenced by The Stand, Day of the Dead and Cormac McCarthy’s The Road, Rabid Heart takes the reader on a white-knuckle journey. The book’s protagonist, Rhonda Driscoll, is a strong female character.

Heavy Consequence spoke with Mr. Wagner about his new literary work, Rabid Heart, which is available at Amazon, as well as his love of horror fiction, the status of Broken Hope, and more. Read the full interview below:

ON THE GENESIS OF RABID HEART

Going back to the ’90s, I wrote my first novel. I started working on other fiction and I started selling short stories and eventually sold a story. I sold a zombie story for an anthology called Hungry for Your Love. So I started writing the story. It started taking on a life of its own and it got longer and longer. So I had to write a shorter story to put it into this book. So I put the story I was working on, which became Rabid Heart, put that on the side, wrote another zombie story and I sold it to St. Martin’s Press who was doing this anthology. Then that story was a great thing for me and put me on the map.

It was after that, that I got my book deal which was my first novel, The Armageddon Chord, which came out in 2011. And that book did really well and sort of certified me as a legit novelist or horror writer. I returned to start working on Rabid Heart. Soon after that, Broken Hope came back into my life. Basically from 2012 to 2017, I did one tour after another. I was going full force with Broken Hope. So last summer I made a decision that I was going to slow down from touring and focus 100 percent on writing. So I went back to Rabid Heart and focused on editing, revising, getting it polished and then started shopping it around. I struck up a new deal with Riverdale Avenue Books, and it’s been really awesome. Rabid Heart was a longtime in the making.

ON WHY HORROR AND METAL GO WELL TOGETHER

I’ve always done my two major art forms that I’m really passionate about, and one is writing, and one is music, specifically being a metal guitarist. I was always a writer first. I was writing fiction going back when I was 5 years old. When I became a teenager and really got into metal, around 1984-85 when I first heard Metallica’s Ride the Lightning, that album was the catalyst for me that made me want to be a metal guitar player and do what Metallica was doing. I was still writing fiction stories and dark poetry throughout junior high and high school.

What was one day of dreaming being a novelist, I also wove my love of writing into Broken Hope. Every novel I’ve written has some kind of metal thing woven into it. There’s little, as one journalist put it, heavy metal Easter eggs throughout the book. Before the first chapter starts, there’s some lyrics from Type O Negative’s “Black No. 1” that sets the vibe for Rabid Heart. If a reader is hip on thrash metal history, there’s a couple little gems. I don’t do that stuff intentionally, it’s just an organic thing that flows from me. It goes back to that old adage of that line, “Write what you know.” Outside of writing horror, I definitely know what metal’s all about.

I’m really into strong female protagonists, and I never really wrote about one before. I grew up with a single mom who raised my younger sister and me. So I had this real respect for women since I was little. Plus, my mom came from a family of 10 kids, so I had a bunch of aunts and some of my aunts were very strong; marched in Civil Rights marches, equal rights marches and were women I looked up to. With the current climate of the #MeToo movement and women’s voices being heard, I really embraced that. I wanted to cast a really strong woman in this story and I wanted to go deeper with her human aspect, even emotional point of view.

What I wanted to do from the get-go when I got the publishing deal with Riverdale Avenue Books, one thing I wanted to have was veto power on the book cover. And when I say veto power, because I’m a control freak. Maybe part of it comes from all the years in Broken Hope. I always had control over our album art work. I always made sure I maintained control of how the band was seen and that we had the best cover artwork as possible.

Every album I had a role in acquiring the artist, like Wes Benscoter, who was one of my favorite artists of all time. People say don’t judge a book by its cover… but there’s a lot of lame covers out there. What I wanted to do with Rabid Heart is to go back to the golden awesome days of horror book covers from the 1970s and 1980s. I intentionally wanted to go and recapture that glory. The guy who did the Rabid Heart cover art, Claudio Bergamin, he’s the guy who did the last Judas Priest album cover, Firepower. 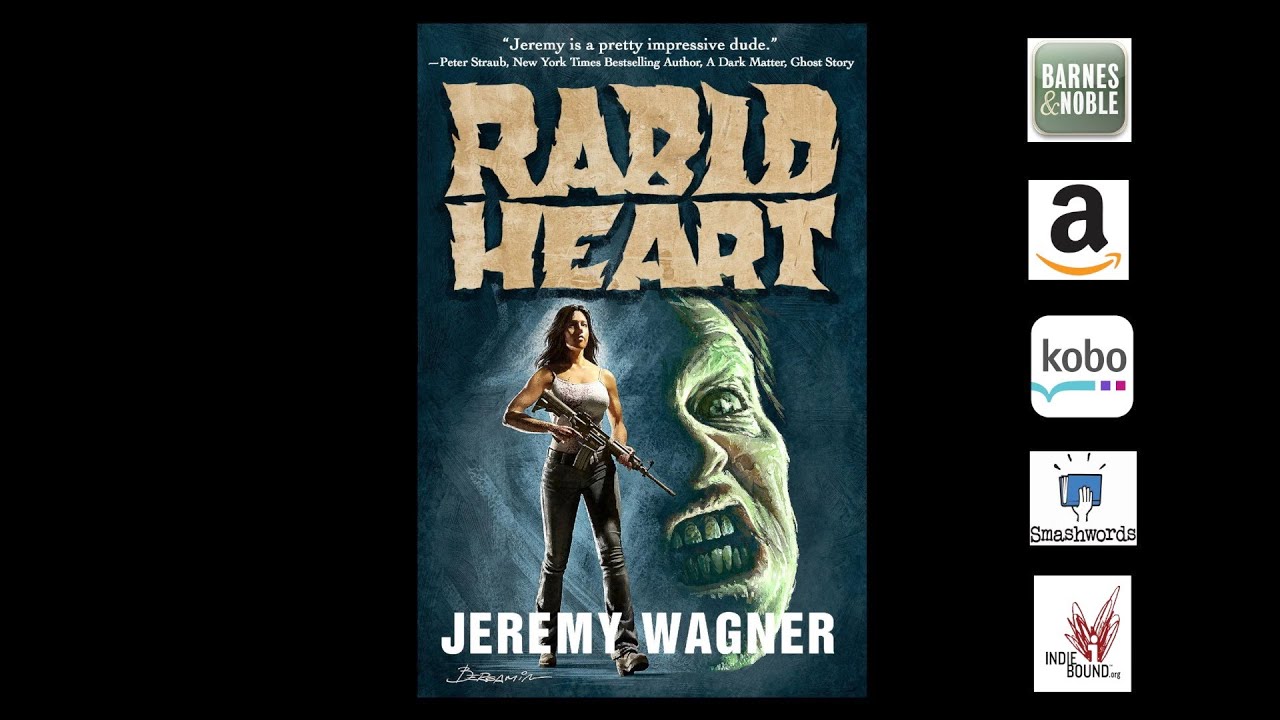 H.P. Lovecraft was an influence on me when I was really young. I was writing by the age of five. I was already reading some adult horror and mystery paperbacks that my mom would have. Around the time in the ’70s, I’m in grade school at this time, and I just discovered Stephen King through my mom because my mom was a big horror and mystery reader. When it comes to Rabid Heart, one thing I openly admit is this book did draw a lot of inspiration from books I love and movies even that are post-apocalyptic.

I’m a big fan of the classic George Romero horror movies. Dawn of the Dead ,and specifically Day of the Dead, is my favorite George Romero zombie movie. So that always had a really profound effect on me. And when it came to horror fiction that was post-apocalyptic, The Stand for sure has always been under my skin since I first read it, it’s one of my favorite Stephen King novels of all time. One of my favorite all-time authors ever is Cormac McCarthy, his fiction always tends to be completely dark, and I love dark fiction. In particular, the book The Road, heavily influenced me.

When you read one of my novels, you’re getting a real story and you’re getting something that plays out on a deeper level with many facets. Whether it’s the cast of characters, the action, the horror, the meat and bones of the story are all there. It’s like you’re taking a real trip. When you read my lyrics, what you’re getting is the total adrenaline shot to your arm. You’re reading the lyrics that fit the framework of a couple of minutes of music.

When I write lyrics, I’m telling a little bit of a story for sure, but I call my lyrics super micro-fiction. Because every lyric I write is like a super condensed story, but I go for the jugular. So, I’m over the top with graphic descriptions, gore and sometimes I tread into what I call tasteless territory, because I have a knack with Broken Hope going over the top and writing some really bazaar, crazy and to some people, “offensive” shit. With my novels, you have the horror element, the terror and this mission to tell a story.

ON THE LATEST NEWS ABOUT BROKEN HOPE

This past year we’ve been celebrating 30 years of Broken Hope. We didn’t make a big deal out of making a 30th anniversary world tour. I’m stepping away from touring, I don’t want to tour anymore. I’m all for doing festivals and whatever makes sense. Being in a death metal band like Broken Hope after all this time… it’s kind of a unique situation because on one hand, we’re regarded as a legacy death metal band. On the other hand, you can’t make a living by being in Broken Hope by any means. I just came off the last five years of doing nothing but Broken Hope full speed, while still trying to maintain my writing career. I’m putting the brakes on. Broken Hope is taking a little siesta.

ON WAGNER’S NEXT WRITING PROJECTS

There will be two new novels next year, and I’m doing my first ever biography right now on a famous chef name Curtis Duffy. If you watch Netflix, check out For Grace. It’s a documentary on this chef Curtis Duffy, who is a famous Chicago chef who had a three-star restaurant in Chicago called Grace. So when you see that documentary, that’s the book I’m writing on him. I’m just focused on writing full time. I want to keep the Wagner library going. 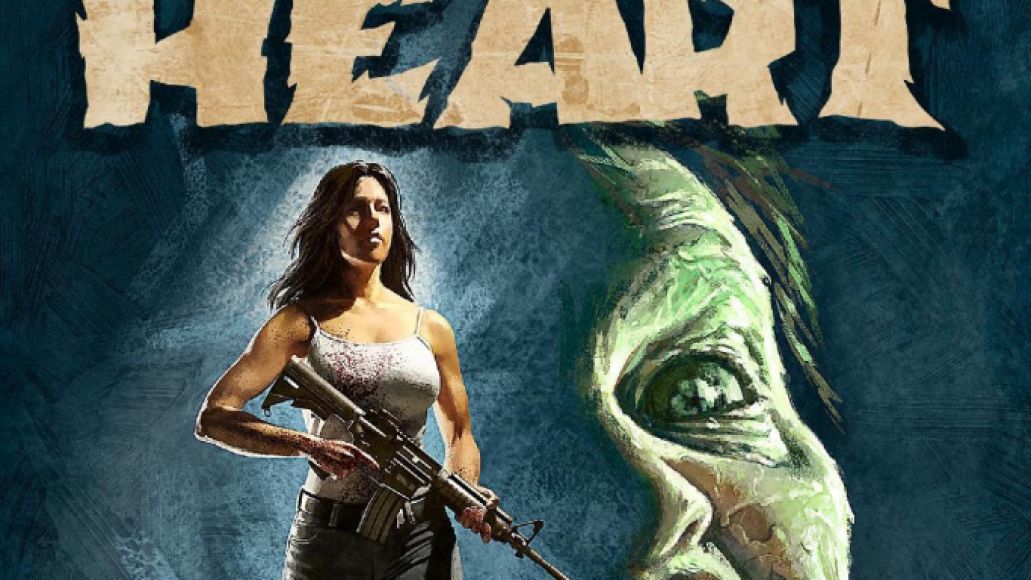