Return of the Mac? Earlier this year, longtime singer, guitarist, and principal songwriter Lindsey Buckingham was fired from Fleetwood Mac — or rather “let go,” if we want to be cordial. “Words like ‘fired’ are ugly references as far as I’m concerned,” drummer Mick Fleetwood told Rolling Stone of the departure. “Not to hedge around, but we arrived at the impasse of hitting a brick wall.”

In the same interview, singer, songwriter, and tambourine maestro Stevie Nicks cleared things up, saying: “We were supposed to go into rehearsal in June and he wanted to put it off until November [2019]. That’s a long time. I just did 70 shows [on a solo tour]. As soon as I finish one thing, I dive back into another. Why would we stop? We don’t want to stop playing music. We don’t have anything else to do. This is what we do.”

And so, the official story is that Buckingham wanted to chill, they wanted to go, but then you hear Buckingham’s side of the story: “I think what you would say is that there were factions within the band that had lost their perspective. The point is that they’d lost their perspective. What that did was to harm �� and this is the only thing I’m really sad about, the rest of it becomes an opportunity – it harmed the 43-year legacy that we had worked so hard to build, and that legacy was really about rising above difficulties in order to fulfill one’s higher truth and one’s higher destiny.”

In other words, nothing has changed over the last 40 years with these folks. 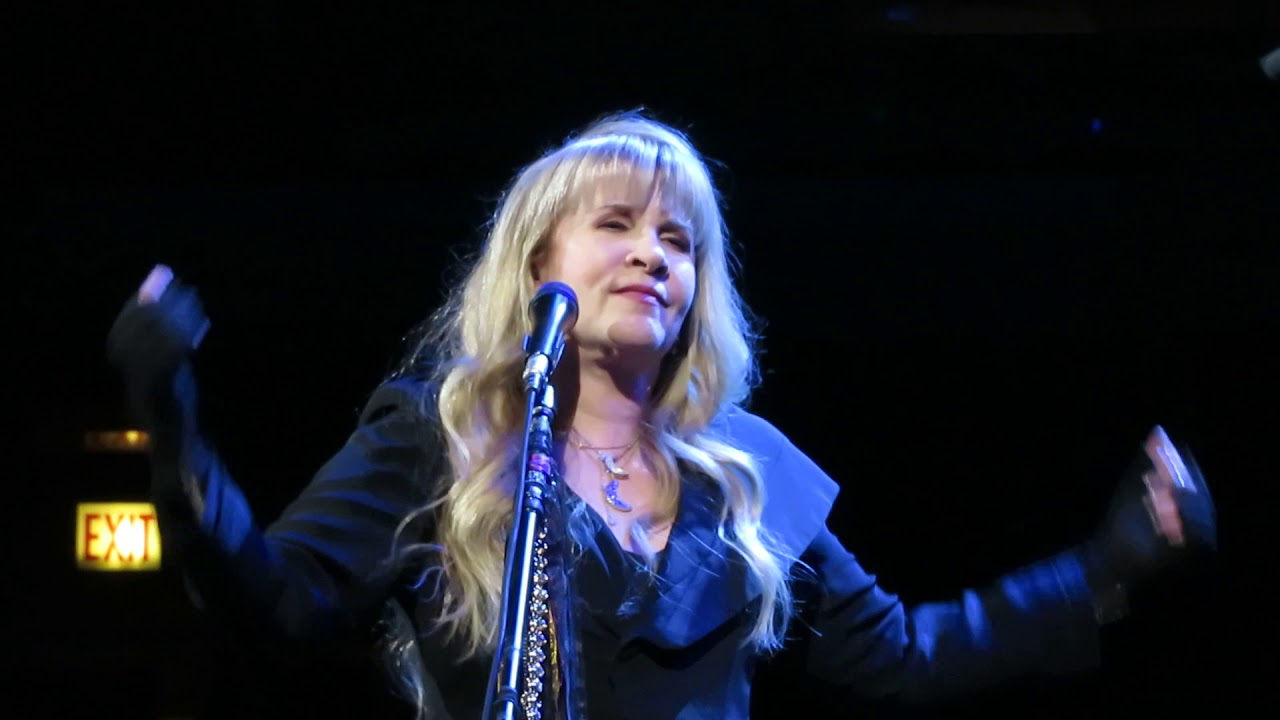 It Takes Two: Well, that’s not exactly true. Some things have changed, particularly the addition of Crowded House frontman Neil Finn and former Heartbreakers guitarist Mike Campbell, who both get the rewarding journey of trying to make everyone forget about Buckingham. Not surprisingly, the rest of the band turned a cold shoulder on their old friend, partner, and lover, leaning curiously heavy on their salad days, as if to say, “Look, this band’s always been more than Lindsey,” which, look, they’re not wrong, but it also seems a tad convenient.

But convenience has been king in this situation for the band, as Fleetwood cheekily told Billboard: “It’s ironic that we have a 50-year package coming out with all the old blues stuff with Peter Green, all the incarnations of Fleetwood Mac, which was not of course planned. But that’s what we’re feeling, especially myself and [bassist] John [McVie], having been in Fleetwood Mac for 55 years. So it’s exciting, totally challenging in the whole creative part of it, and we’re really loving it.” It’s a nice coincidence that works wonders for the outfit right now. 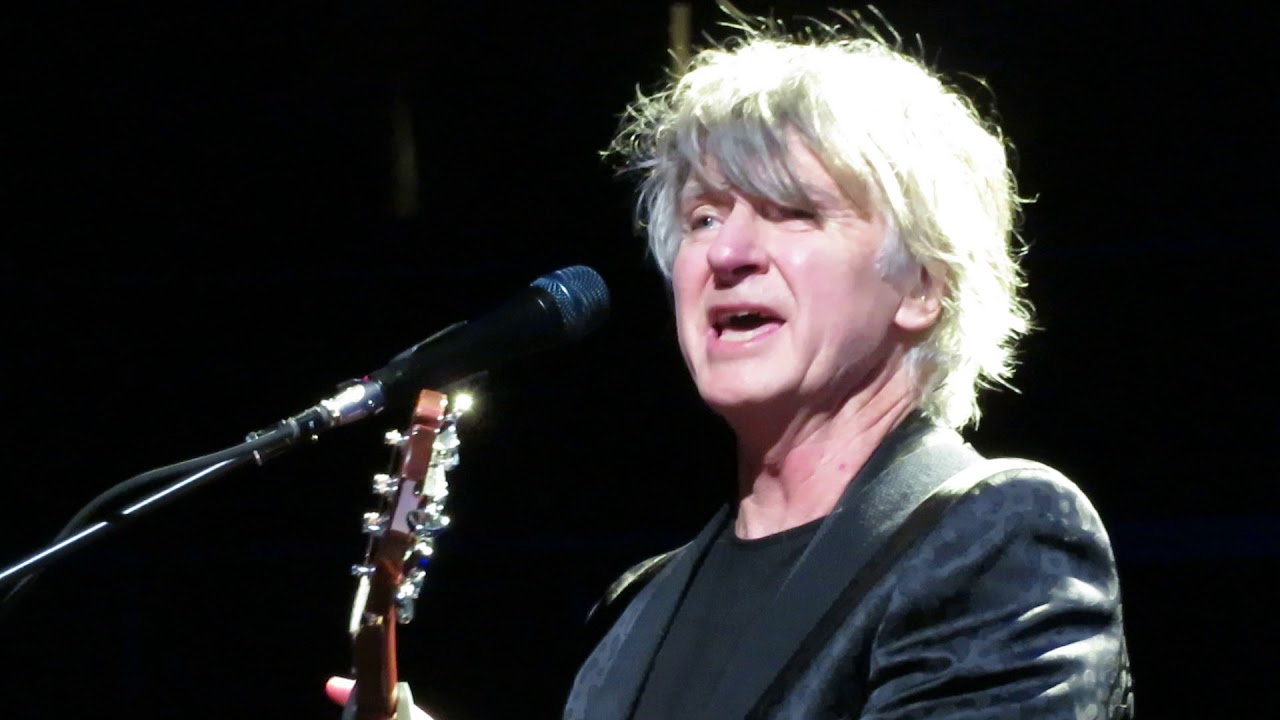 Still, the addition of Finn and Campbell only stresses the impossibility of replacing Buckingham, seeing how it took two musicians to swap out one. Granted, Finn gets the job done (especially on the harmonies for hits like “The Chain” or “Go Your Own Way”), and you even get to hear him duet his band’s biggest hit (“Don’t Dream It’s Over”) with Nicks, but it’s impossible to buy any of the band’s theatricality, which has always been one of their on-stage trademarks. Even when they were phoning it in, you at least knew there was a history there.

Perhaps that’s why Campbell is the easiest new face to consider. Given his ties with the band, the legendary Heartbreaker actually makes sense, and there’s at least some narrative to be felt — even outside of the Mac. After all, here’s a guy who’s still reeling from the tragic passing of his brother-in-arms Tom Petty, and so, this gig actually winds up being the perfect opportunity for him to grieve the loss. Seeing him up there, bouncing around and adding a curveball to Buckingham’s signature riffs and scales was admittedly quite an enigmatic experience.

Though, when it came time to actually pay homage to Petty, the band more or less fumbled. Instead of covering “Stop Draggin’ My Heart Around” or “Insider” or “I Will Run To You” or any of the multiple Petty-Campbell-Nicks options out there, they stuck to the predictably simple sing-a-long of “Free Fallin'”. Sure, it was “nice” to hear Nicks take the reins on the legendary FM hit, but c’mon, this was a chance to dig deep and do something really special. Instead, it all felt so lazy, and it didn’t help that Getty-stamped photos were flashing in the background throughout the cover. 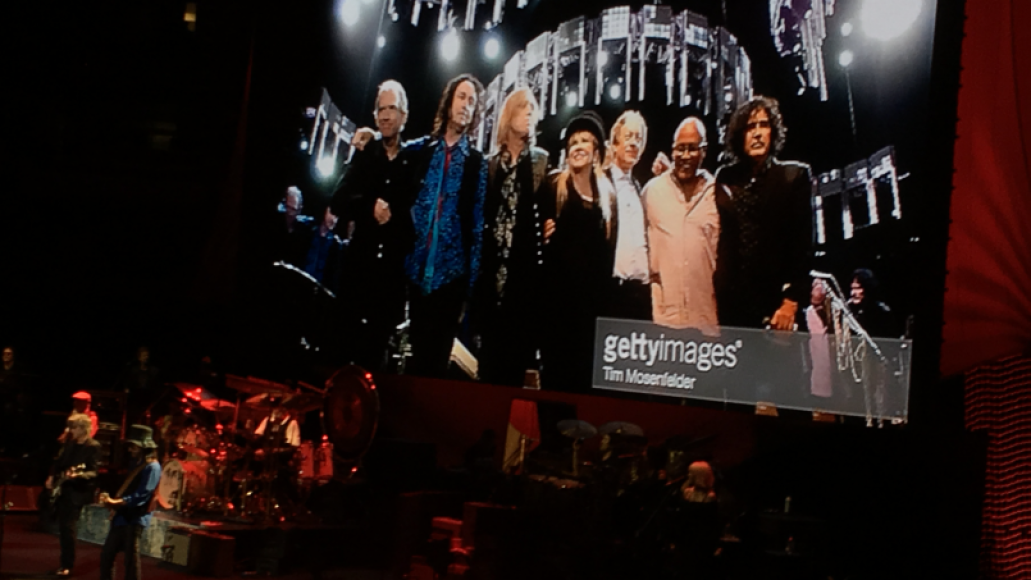 The True Mac Daddy: Nicks sounds straight off the vinyl. Fleetwood can bang a drum like he’s in his thirties. John McVie is still John McVie. Hell, we’ll even give a round of applause to Finn for giving the second-best Buckingham impersonation after Bill Hader. But, the true Mac Daddy of the night was Christine McVie. The band’s oft-forgotten vocalist and keyboardist has only been back with the gang for a little over four years, after retiring from the stage in 1998, and she proves on this tour why her loss is paramount.

Not only does she lead the group’s more accentuated hits — ahem, “Everywhere” and “Little Lies” — but she also oozes with character, opting to go off-script in ways that felt incredibly natural and jamming out like the biggest fan in the room. She also hardly took a break like, say, Nicks, who would vanish from time to time. (That’s no dig on Nicks; this writer would have passed out 15 minutes into the show.) No, McVie’s a trooper from beginning to end, and blame it on Buckingham’s absence, but her presence is far more defined on this go-around.

So much so that the entire set ends with an unlikely duet between McVie and Nicks on “All Over Again”, a deep cut off of 1995’s Time, the first album at the time not to feature Nicks since 1974’s Heroes Are Hard to Find. It’s a bold move by the band, given that it’s hardly an epic closer or anything, but it’s a smart move. Seeing the two of them setting aside their differences and sharing the spotlight felt like a proper moment to end on. If anything, it feels emblematic of a time when women have never been more united. 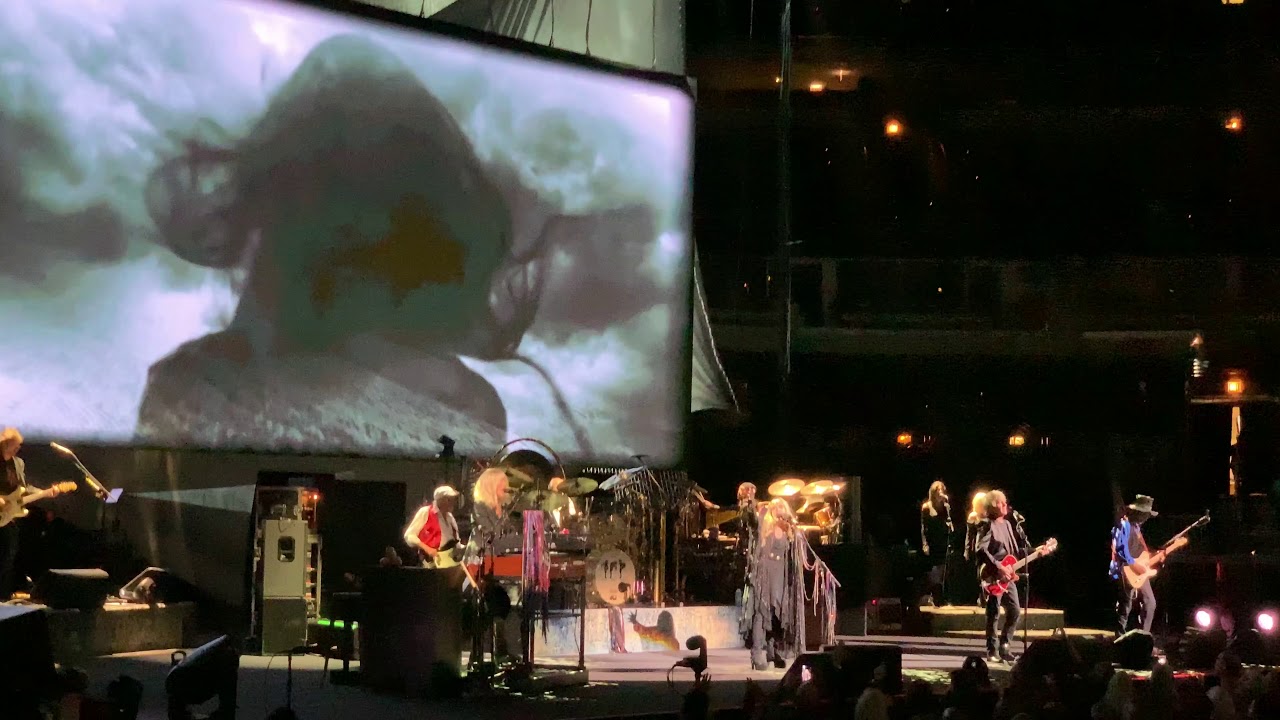 That One Song: It’s a tossup between “Little Lies” and “Rhiannon”. The former is one of those bops you tend to forget, only to hear again and say, “Oh my god, I love this fucking song,” while the latter is a legend in its own right. When Nicks began singing the mesmerizing ballad, which dates all the way back to 1975, she had the support of every single soul in the audience. Those who were leaving to get beer or hit the john quickly ran back to their seats. Those who were waiting to hear it all night bled their lungs out. Those who have loved this band forever and ever were in tears. It’s the song and always will be the song, and as long as Nicks is around, it’ll always be the song of the Mac.

Lindsey, Can You Ever Forgive Them?