Setting the Stage: The Wellmont Theater has gone through many transformations in its 96 years of existence. First, as a performing arts venue, hosting vaudeville acts and traveling stage plays, the theater then became a movie house. It even hosted a black-hat wearing superstar from Hollywood — Charlie Chaplin. But for the past 10 years, New Jersey’s Wellmont has been one of the more popular concert venues in the shadow of New York City.

Situated a mere 12 miles due-east from Manhattan, Montclair feels a million miles away from the lower-East-side streets that Guns N’ Roses are seen walking on in their “Paradise City” video. But, that was a long time ago and the fans that once ran home from school to watch GN’R on Dial MTV and went to CBGBs to simply buy a t-shirt are now more than happy to stay in the suburbs and have their favorite musicians come to them. And that’s exactly what Slash ft. Myles Kennedy and The Conspirators did on Monday, October 1st, while out in support of their freshly released new album, Living the Dream.

Taking the Stage: There’s nothing very “rock ‘n’ roll” about a Monday. Throw in an eight-hour workday and a quick dinner, and it’s safe to say that no one wanted to deal with a Rockstar being fashionably late. So it was incredibly refreshing that at 8:55 p.m out strolled Slash and company.

Opening with “Avalon”, the band shot out of the gate, seemingly on a mission to play as many songs as their two-hour set allowed. With 10 shows of their “Living The Dream Tour” under their belt, the band’s at the perfect place where they’ve kicked off any early tour rust and they’re excited to add a fresh batch of songs to their repertoire. “Serve You Right” stood out for its raw sound, as the band delivered it with an energy that is only possible when a song is still new to a group. When bassist Todd Kerns takes over lead vocals on the Slash/Lemmy song “Doctor Alibi”, the band is able to show a different musical side. Most likely done to give vocalist Kennedy a break. The song’s loose, almost punk, vibe is a nice shift in the set.

About 10 songs into the set it occurred to me that they hadn’t played a Guns N’ Roses song yet. No one in the sold out theater seemed to mind the omission as the band sprinkled in songs from Slash’s solo career that preceded his work with Kennedy. It wasn’t until the 15th song that the opening guitar riff of “Rocket Queen” brought forth a roar from the crowd. Slash used the song as an opportunity to flex his guitar hero muscle. Joined by Kerns, rhythm guitarist Frank Sidoris and drummer Brent Fitz, Slash moved to the middle of the stage and jammed on a 10-plus minute musical vamp that intertwined his various influences.

For those in the crowd who came hungry to hear a night filled with Guns N’ Roses songs, well they went home hungry…and that’s OK. Slash has been on the road with Axl Rose and company for the past two years on the GN’R’s mega-successful Not in This Lifetime tour, so you can’t blame him for giving those tunes a rest. There’s nothing wrong with taking an occasional trip down memory lane but that’s not what this band is here to do.

Before reuniting with GN’R, Slash could have taken the easy road and hired a bunch of Hollywood mercenaries and lived off of the past but that’s not what this is. Nostalgia be damned, this is a real band growing its own roots! And with each record and tour this band continues to show the world that there’s an audience ready and willing to accept new music, as long as it’s delivered honestly and consistently. Slash, Myles Kennedy and the Conspirators are more than happy deliver the goods.

Encore:
The Call of the Wild
Anastasia

Photos of Slash ft. Myles Kennedy and the Conspirators at the Wellmont Theater (click to enlarge and scroll through) 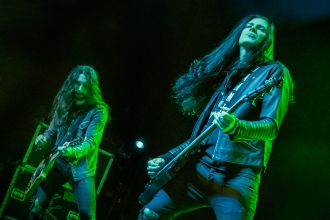 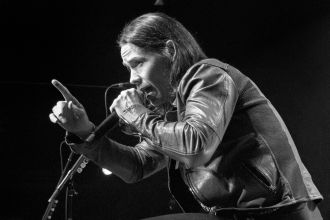 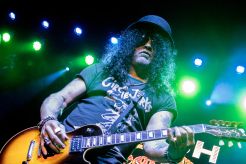 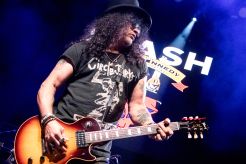 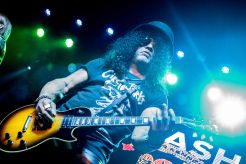 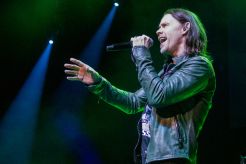 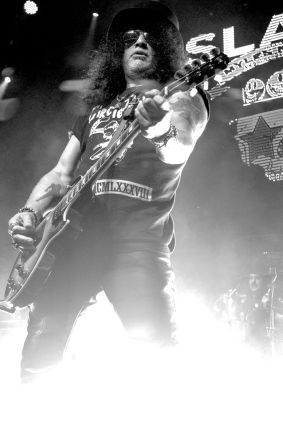