Since releasing her latest opus, MASSEDUCTION, last fall, St. Vincent has staged a serious of intimate performances featuring stripped-down piano renditions of the album’s songs with accompaniment from Thomas “Doveman” Bartlett. Now, those arrangements are being released as a full-length reimagining called MassEducation.

Due out October 12th via Loma Vista Recordings, MassEducation was recorded back in August 2017 at New York’s Reservoir Studios while Annie Clark and Bartlett were mixing MASSEDUCTION. The recently revealed “Slow Slow Disco” appears on the effort (though here it’s simply called “Slow Disco” again), as does the instagrat track “Savior”, which you can hear below. The instrumental “Dancing With a Ghost” is the only track from the original version not present here, and the tracklist has also been rearranged to better suit the new arrangements.

In a handwritten letter accompanying the press release, St. Vincent described the album as “two dear friends playing songs together with the kind of secret understanding one can only get through endless nights in New York City.”

Read the full note under the album art and tracklist ahead. Pre-orders for MassEducation are available now. 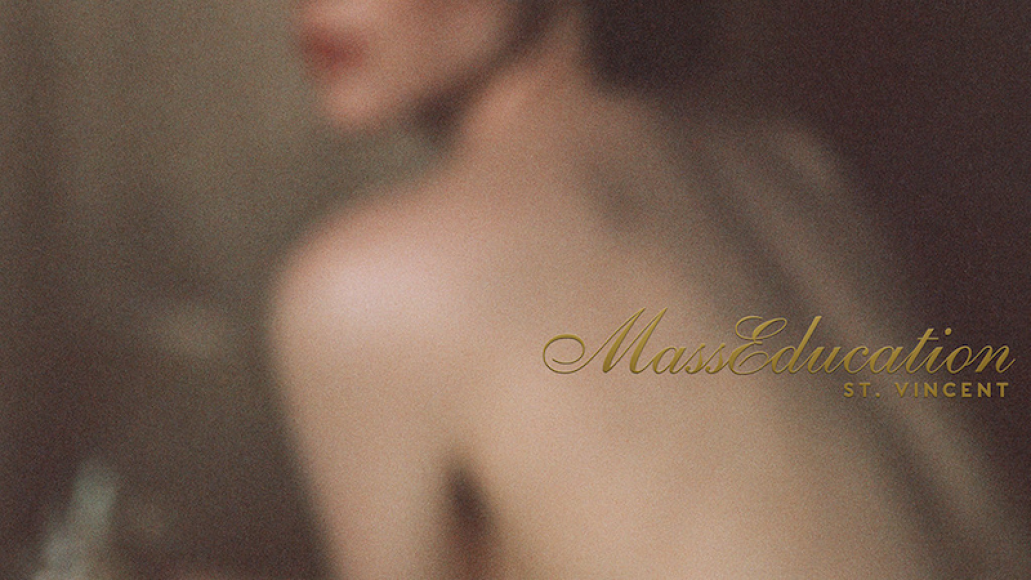 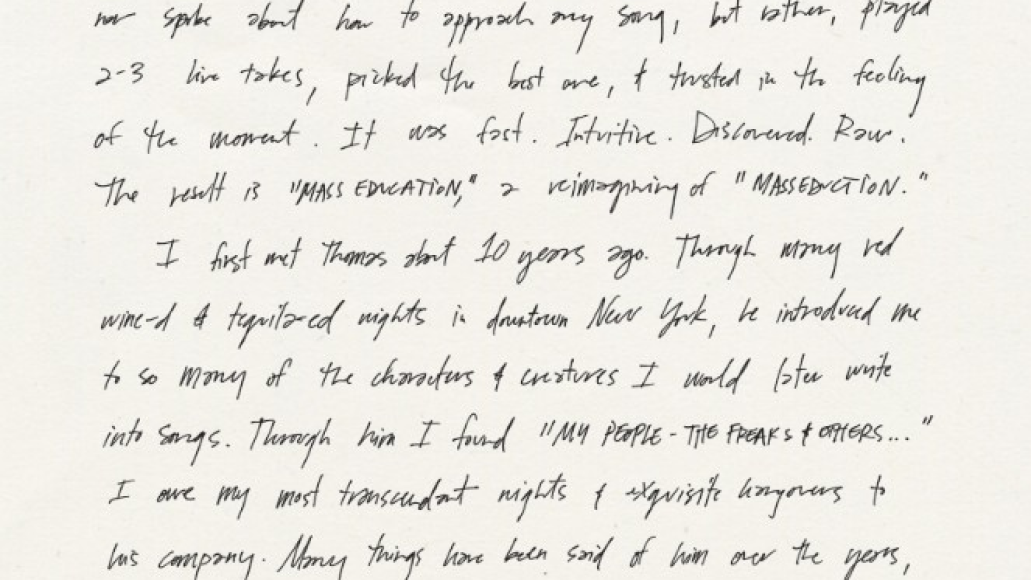