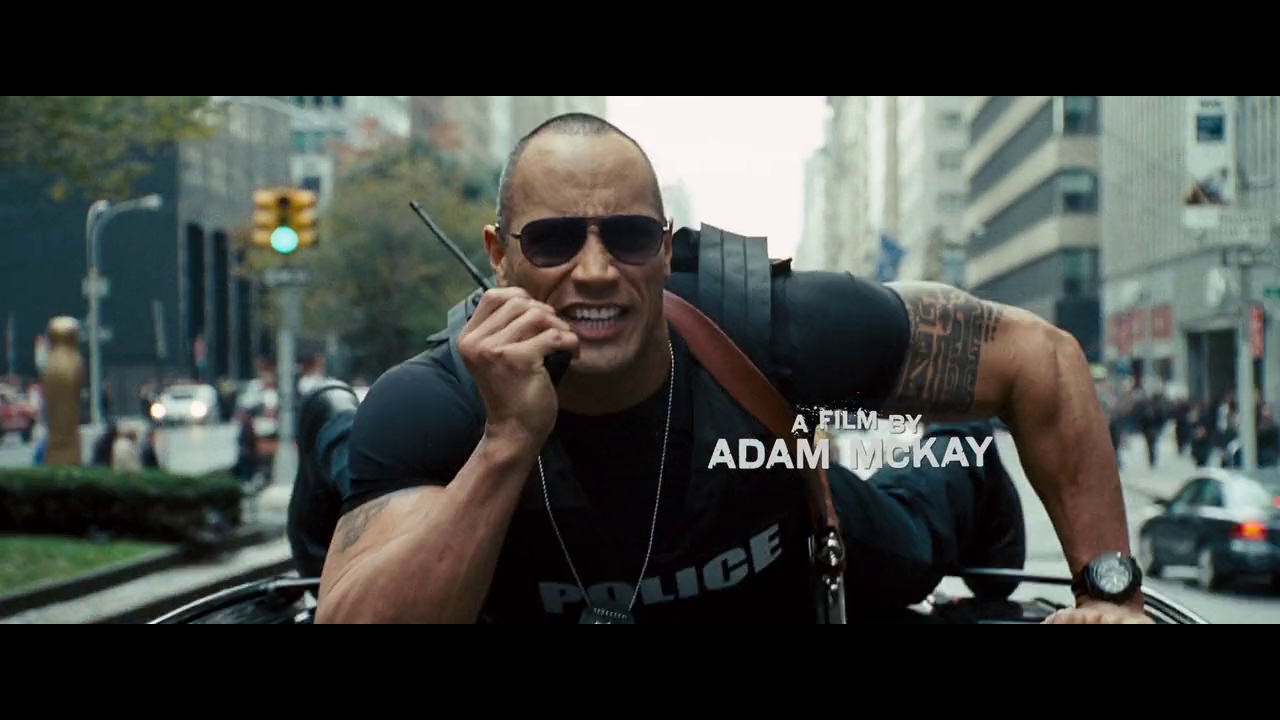 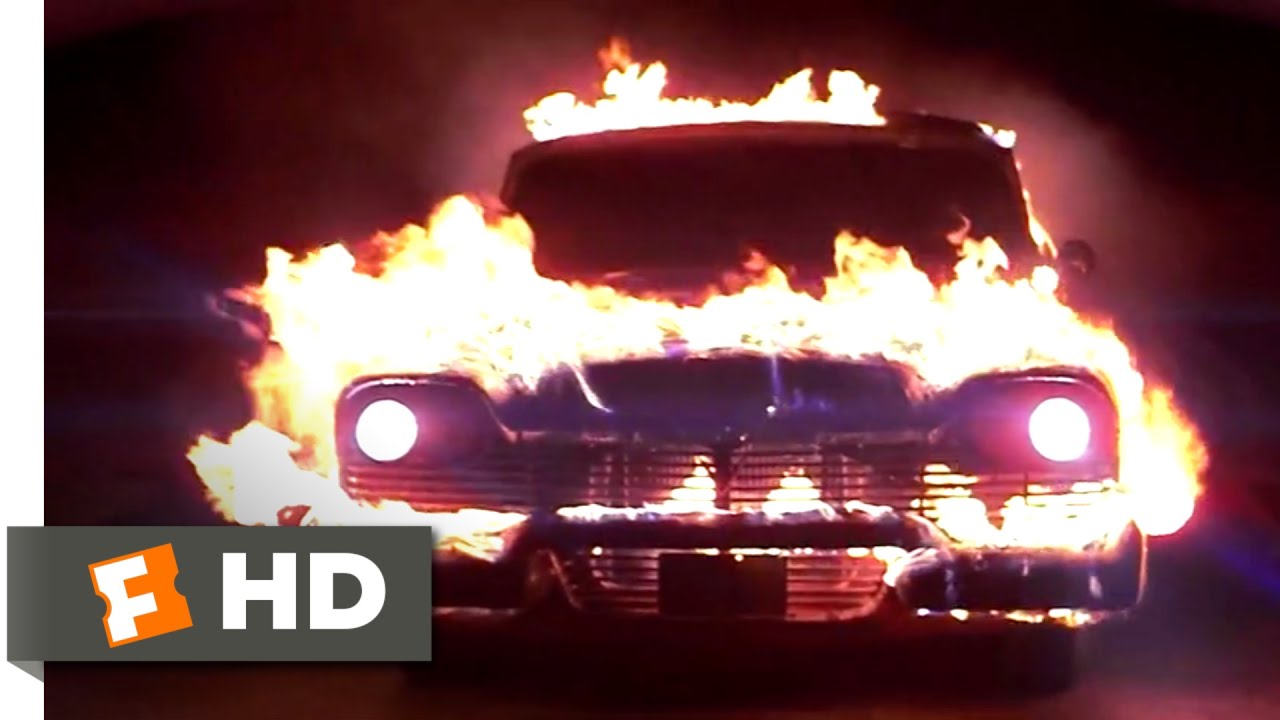 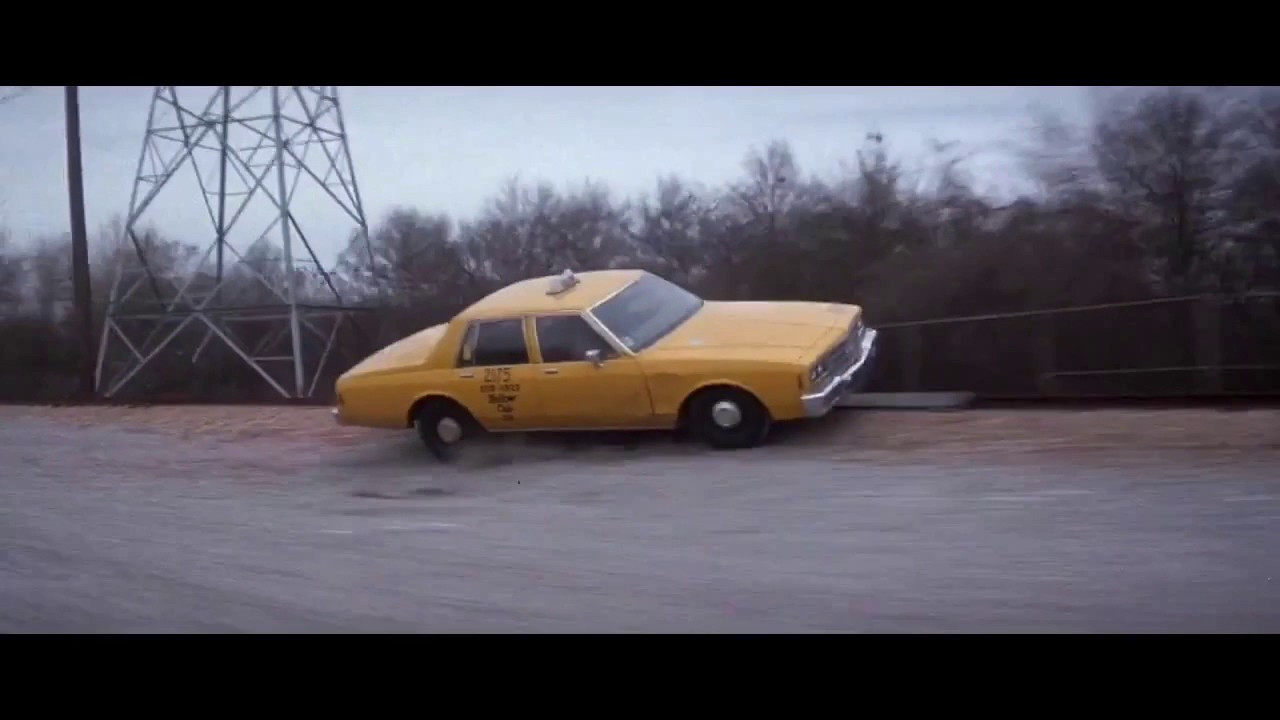 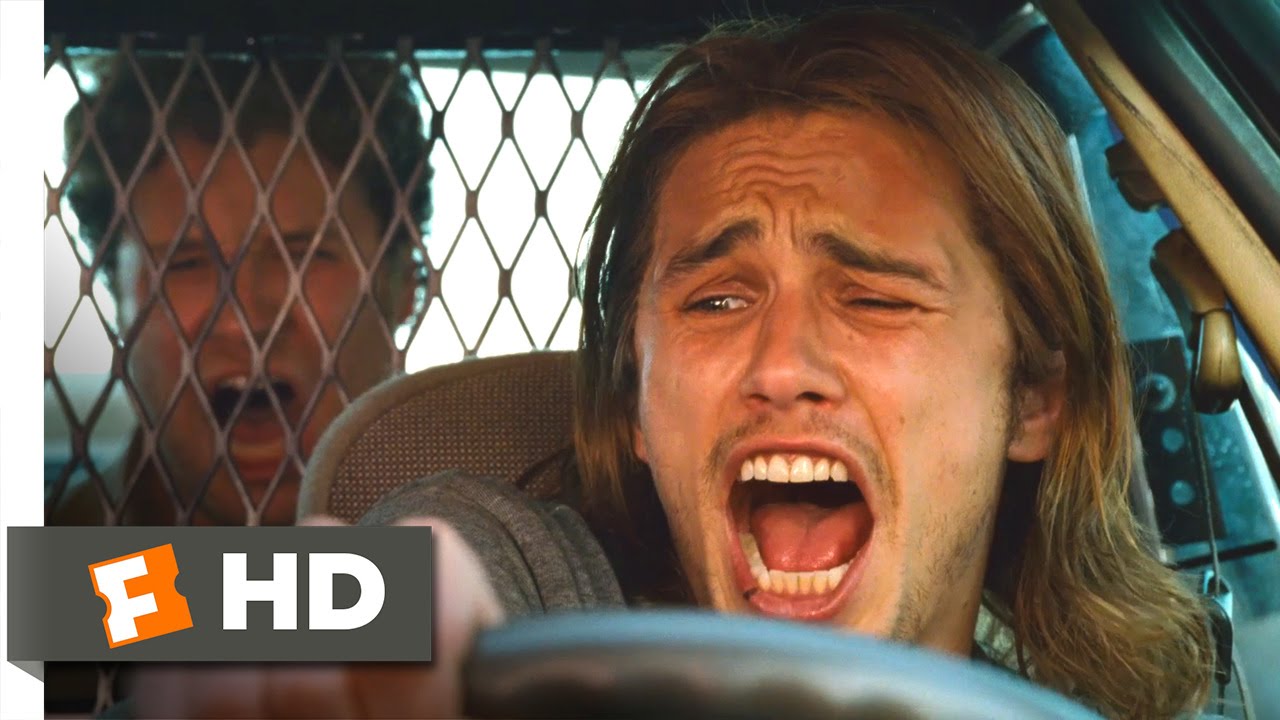 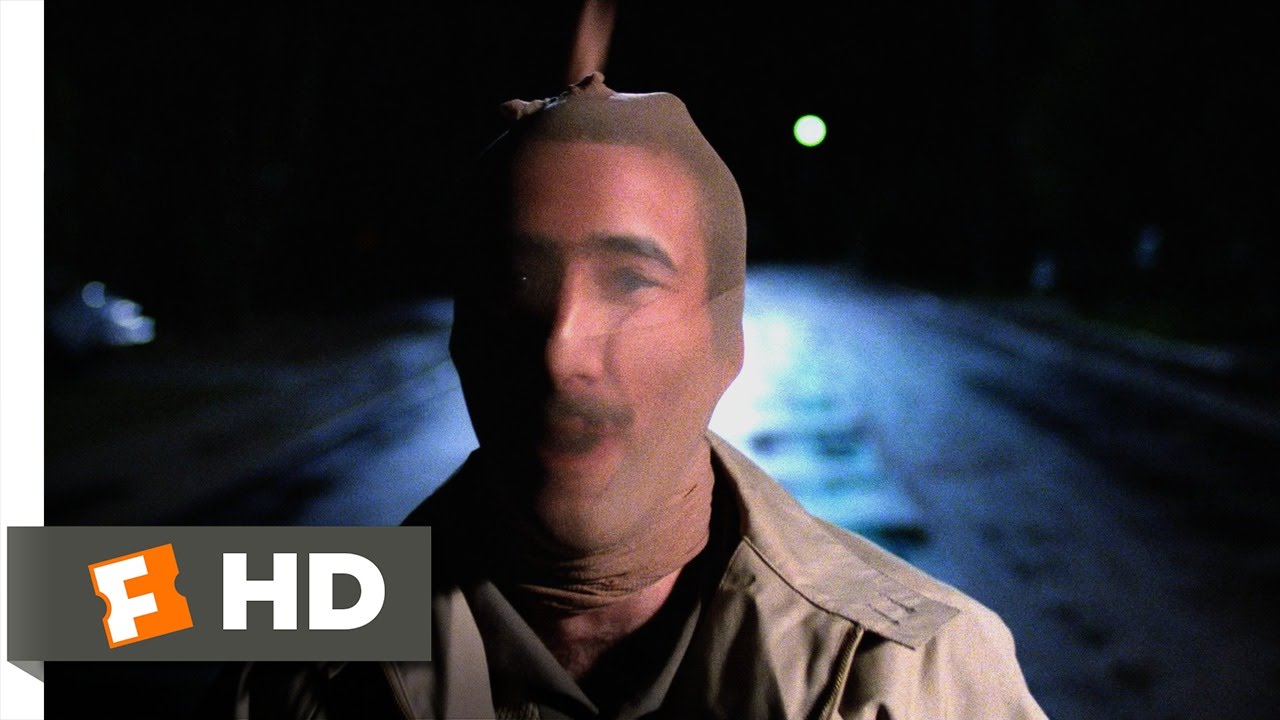 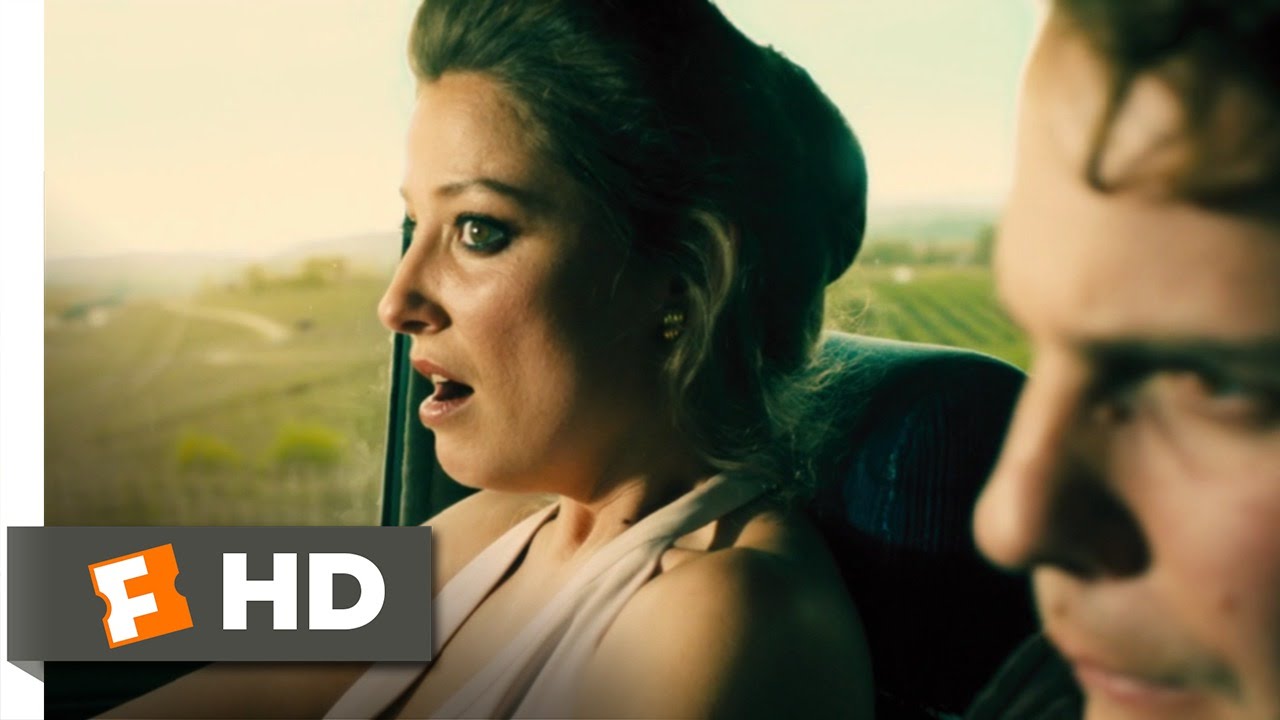 Blue Book: Props to the stuntmen that looked like Harrison Ford getting pulled, or a Nazi getting run over. It’s like a cartoon, this chase. Sandy, silly, and sensational. –Blake Goble

Race to the Finish

Make/Model: A whole mess of them

Blue Book: Gosh, there’s so much vehicular mayhem in here, like Buddy Hackett gasping his way through a flight, or Jonathan Winters trashing a gas station in epic fashion. But the rollicking last act, as an army of nuts in cars ascends to a Big W, is the most fun you’ll have watching people get greedy. Yeah, we’re throwing shade at Rat Race. –Blake Goble 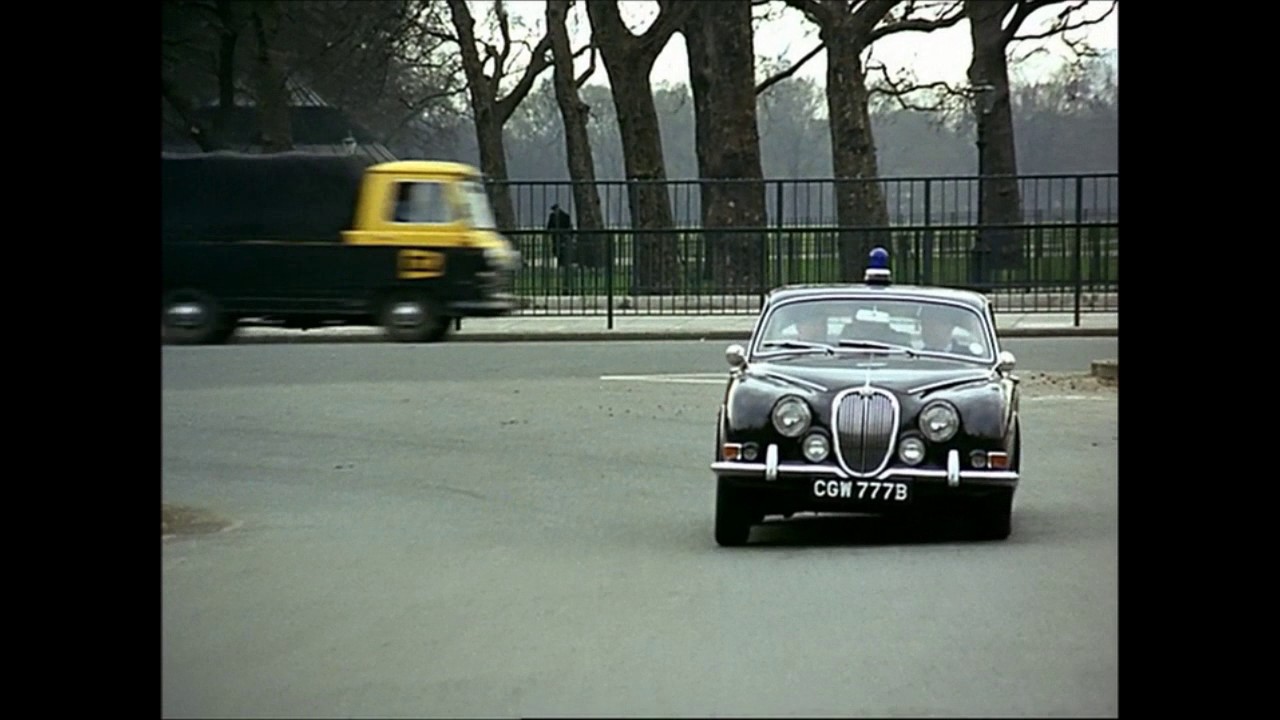 Blue Book: Robbery is an uncommonly realistic crime drama, and in keeping with that ideal, its centerpiece chase has a visceral grit that drops the style of so many chase scenes in favor of something more desperate. That windshield getting caved in is one of the more deeply unnerving beats on this whole list. –Dominick Suzanne-Mayer 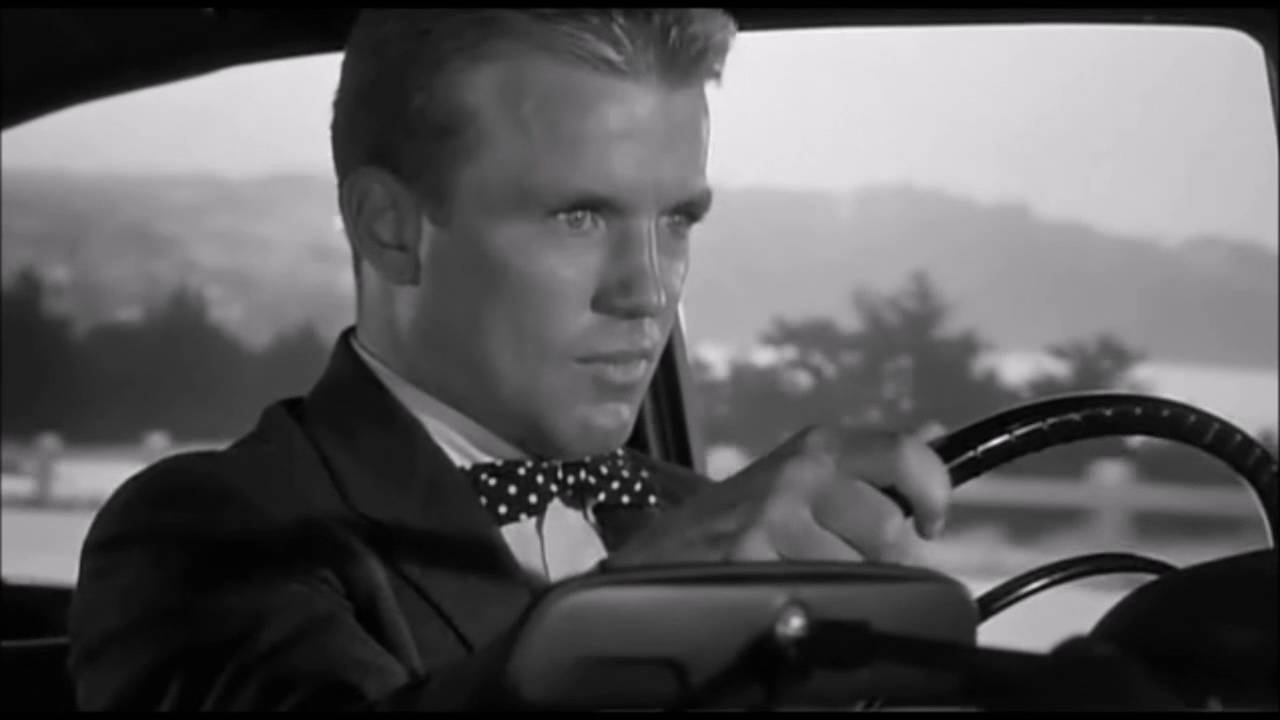 Blue Book: When Eli Wallach purrs, “we got a cool car for a change!” he ain’t kidding. Don Siegel’s crime stunner rides along with pulpy swagger, and the Plymouth looks like a tank, ready for battle. Or crime, really. Crime we kinda have to condone, it just looks so good! –Blake Goble

Blue Book: All the best clichés are in here. Cars hitting fruit carts. Cars swerving into oncoming traffic. The involvement of Roy Scheider in a chase film. Gotta love this!  –Blake Goble 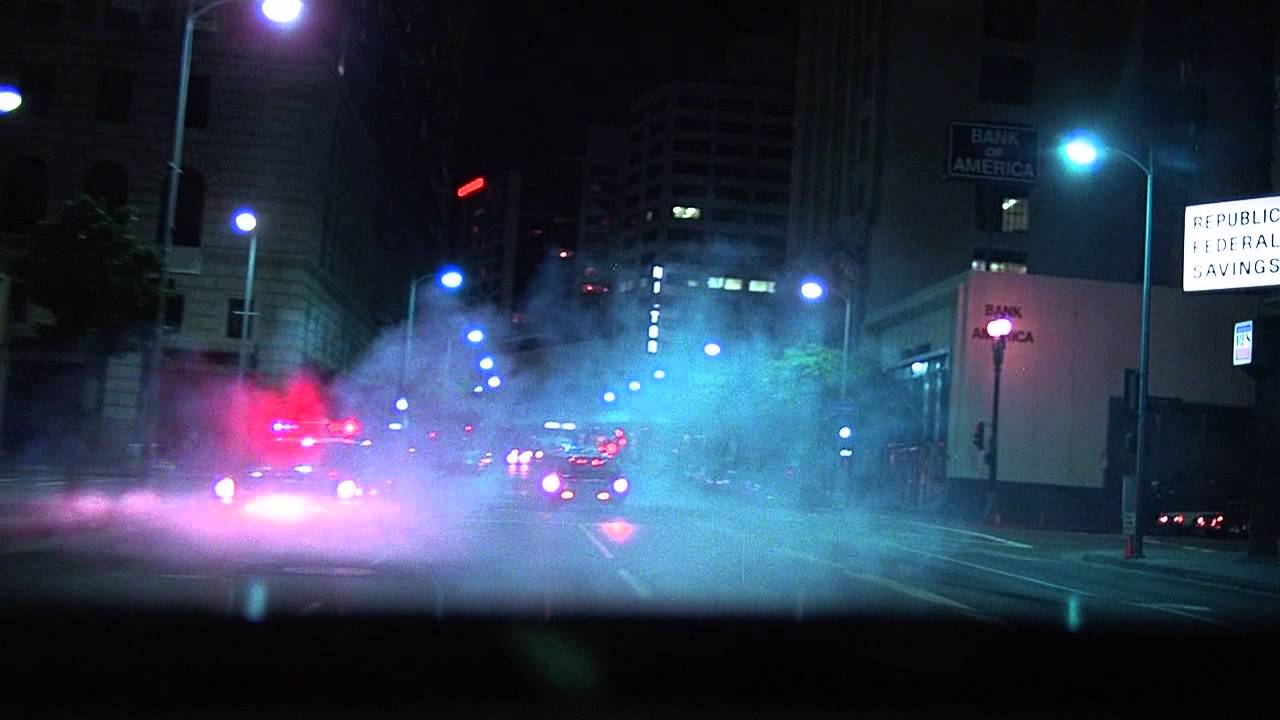 Blue Book: Walter Hill’s 1974 feature definitely left a little bit of its DNA for one of the most recent chases later on in this list, especially in the opening to his Ryan O’Neal-starring thriller. As O’Neal’s wheelman speeds through Los Angeles, Hill keeps the photography tight and the engines loud, watching as an expert wheelman tears through a claustrophobic urban nightmare like it’s nothing. –Dominick Suzanne-Mayer

“I’m Only Borrowing Your Humvee” 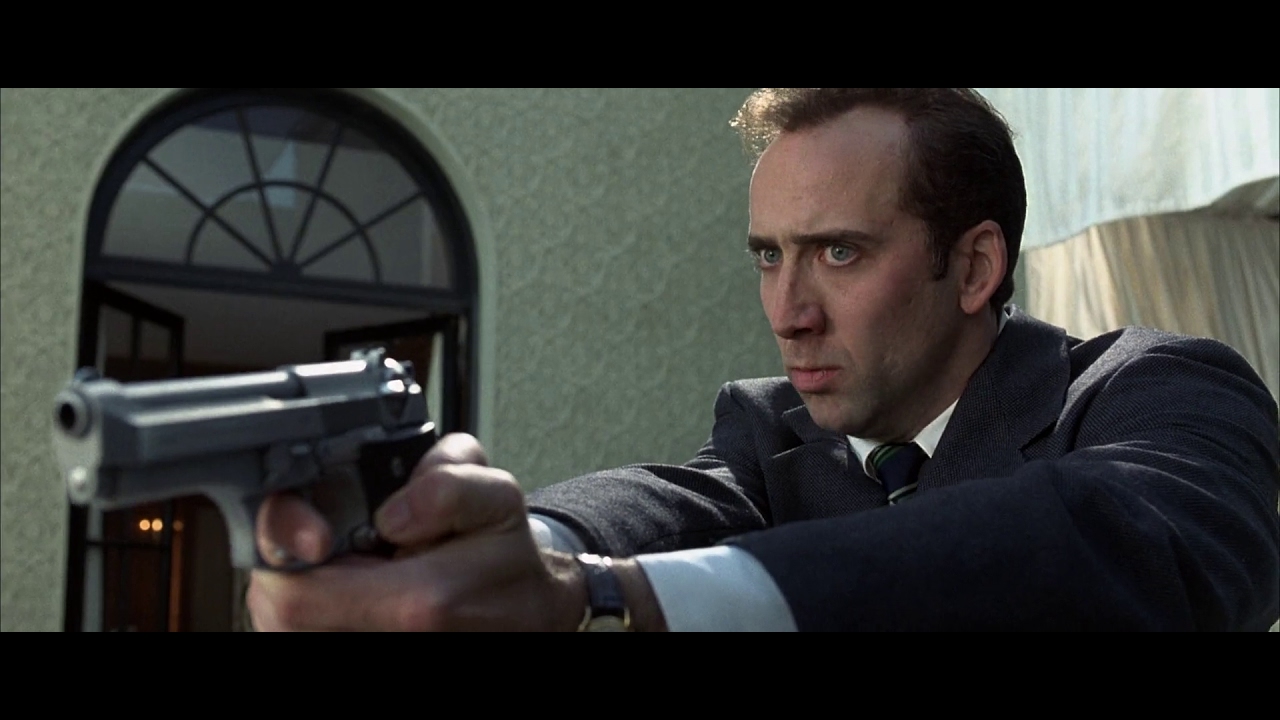 Blue Book: The chase scene goes Michael Bay at long last in our list, and it’s every bit as ridiculous as you’d imagine it might be. In fact, a Hummer rampaging through San Francisco might just be the most Michael Bay thing he’s ever committed to film. –Dominick Suzanne-Mayer 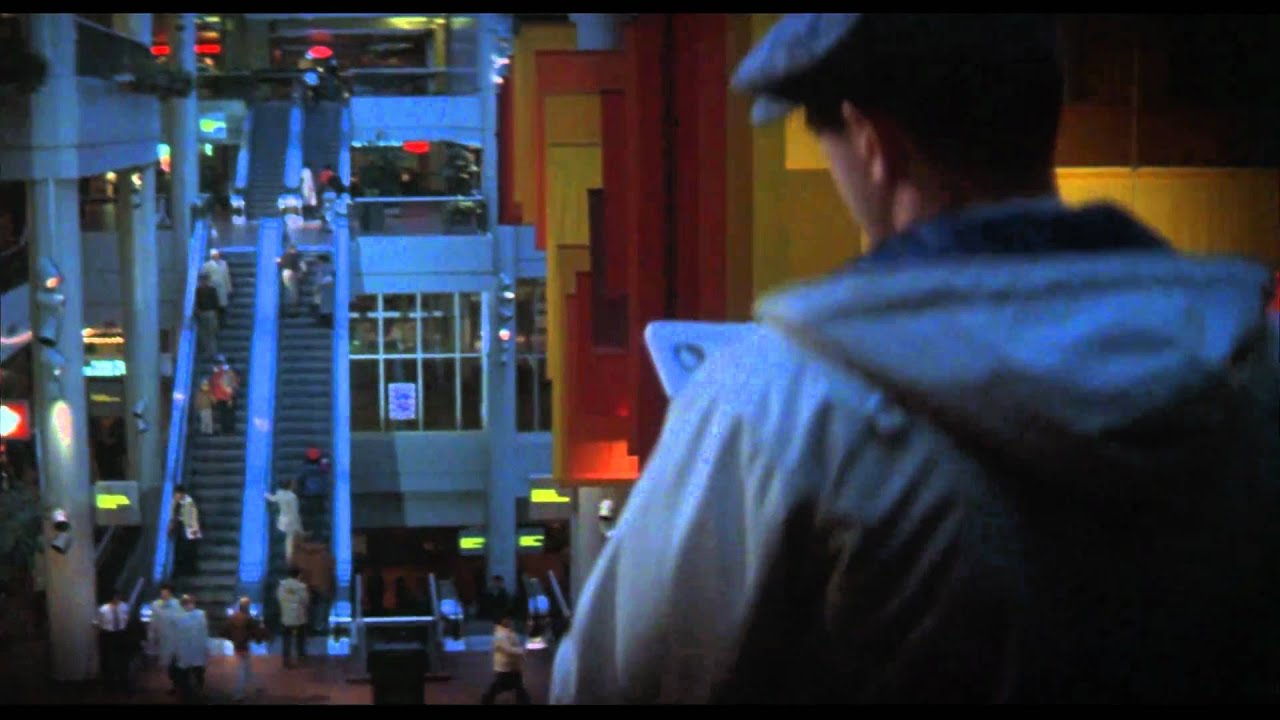 Blue Book: It’s gratuitous at best, and arguably a primer for the remainder of the gripping finale, but any excuse to show some low-jack love for De Palma is fine by us. The overhead shot is what got Blow Out on here. And Travolta’s young, sweaty performance is worth the ride. –Blake Goble

Blue Book: Duel rules. But The Sugarland Express leaves a mark on the streets of cinema. Spielberg’s Southland tale of a couple on the run is great shots. Steven Spielberg was learning and inventing his look with the camera. And cars, well, what subject matter! But the ending, the heart-rending close, is a reminder that all good chases must come to an end. –Blake Goble

Blue Book: There are a lot of jaw-dropping stunts throughout Who Am I?, which remains one of Jackie Chan’s high points in his prolific film career. But this one, in which Chan sends a car tearing through an alleyway on its side, is pretty damn high on the list. –Dominick Suzanne-Mayer 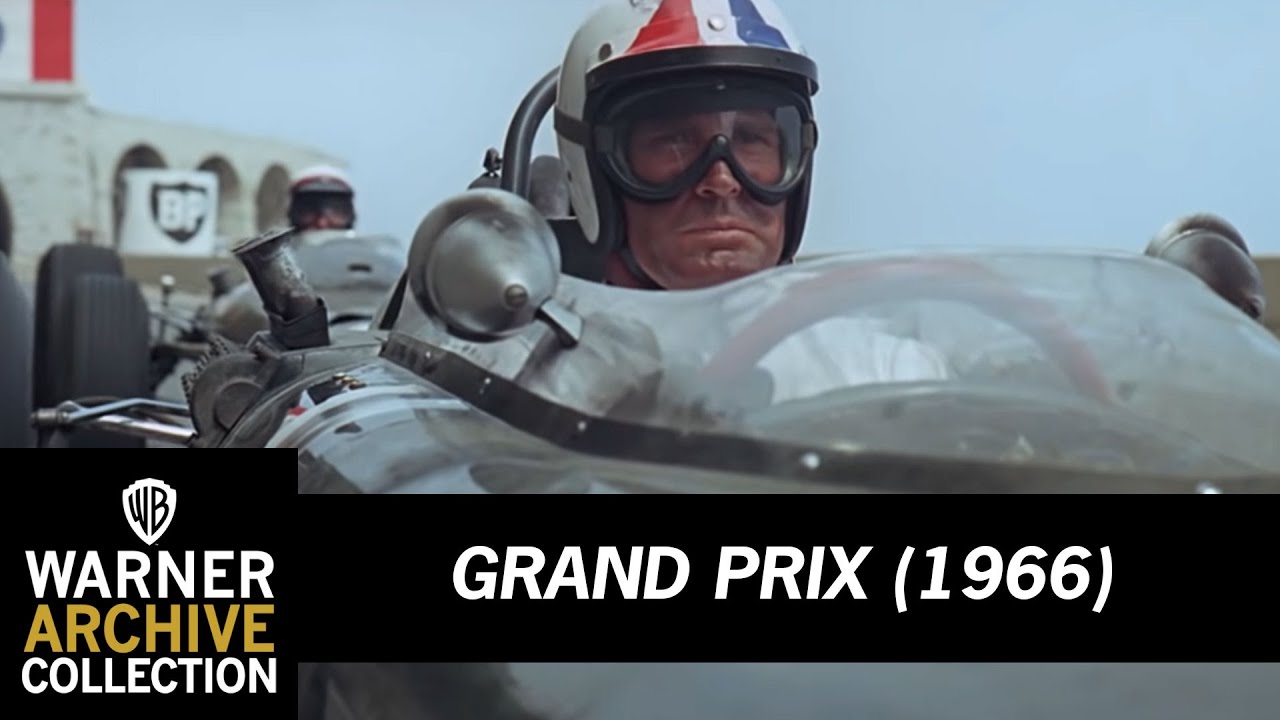 Blue Book: Sometimes, the cars need to crash. To remind us of the dangers of car races and chases. Frankenheimer, who you’ll see see later, knew where to put a camera around a car for full impact. This one hits, hard. Only ding – we get confused by the switching number 11 and 12 cars a little? –Blake Goble 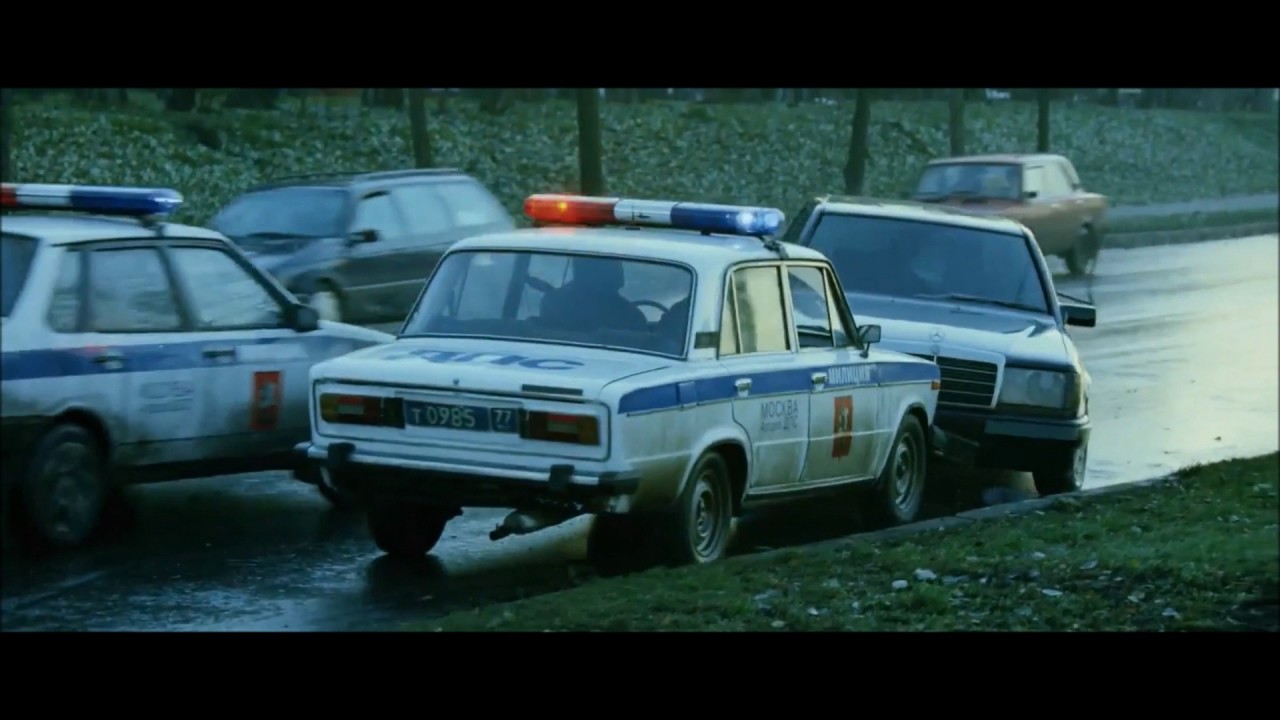 Blue Book: There’s a lot of great chasing throughout the Bourne franchise, which makes sense given that Jason Bourne’s perpetual lack of safety is the whole point of the series. The high point, we’d argue, is this chase from the first sequel, which sends Bourne flying through Moscow in a stolen cab for his life. Big-budget chases are sometimes the most fun, after all. –Dominick Suzanne-Mayer

Blue Book: Bob Mitchum looked buh-buh-buh-buh-bad as he barreled down the night highway in this B-movie classic. Smoking. Bootlegging. And riding. A vintage cool, and a foundational work in the chase cinema canon. –Blake Goble 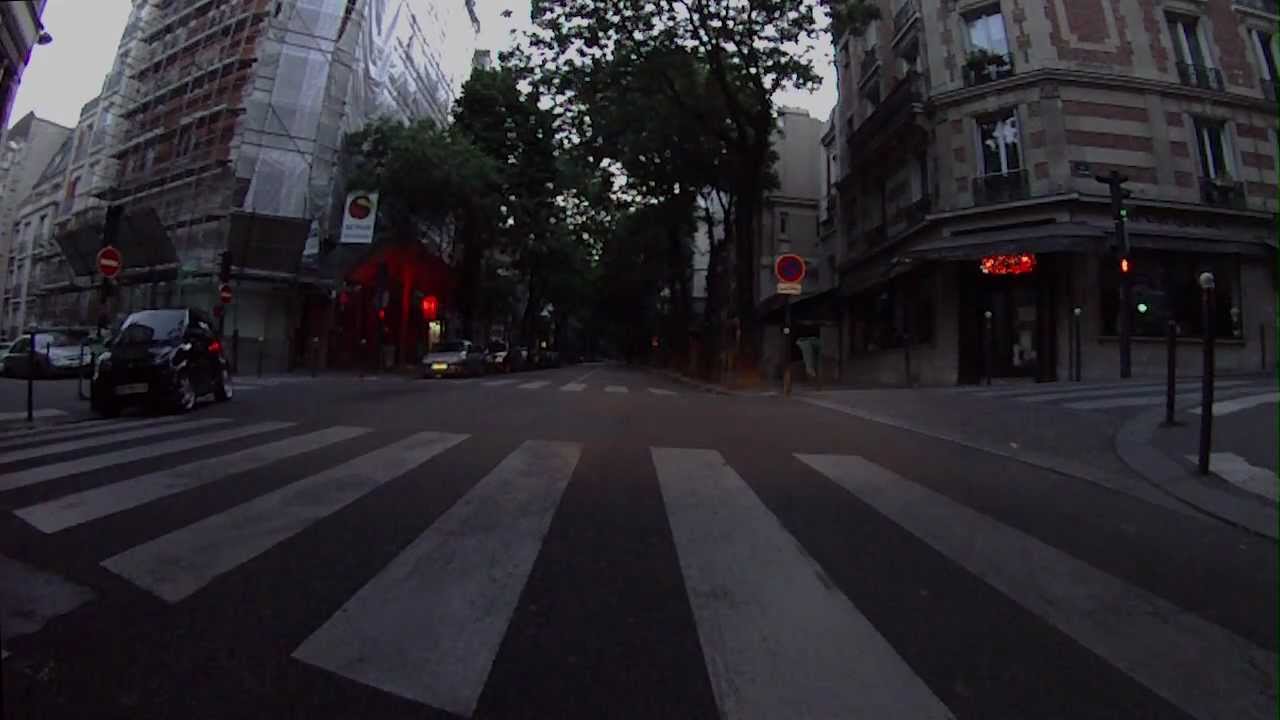 Blue Book: Just because this short about a man’s chase to meet his beau is as slim as a worn tire, doesn’t mean we don’t love all the little details, the real beauties and thrills within. Shot on 35mm film, with a camera tethered to the front of the car, enjoy this bold work of P.O.V. and cinema verité. The growl of the engine, the rush of the streets. Find us a VR game with Paris at sunrise like this. –Blake Goble

Blue Book: Burt Reynolds sure got a lot of mileage out of Hal Needham, eh? The Cannonball Run has its roots in a famed outlaw cross-country race, but Reynolds, Dom DeLuise, Roger Moore, Farrah Fawcett, Dean Martin, Sammy Davis, and a whole cast of whackos made sure this chase epic was as fun as bumper cars. Minus the whiplash and hip bruises. –Blake Goble

Blue Book: Wahlberg ain’t got shit on Michael Caine. The ’69 Italian Job is so playfully choreographed, and so giddily charming. The cars twirl and fly and nimbly escape so many tight spots. Bonus points for the bongo-hearty Quincy Jones music, and the Caine ‘bloody doors’ meme.  –Blake Goble

Blue Book: So much fun is had during Dirty Mary, Crazy Larry’s chase that people forget what a downer the ending is. But that’s ‘70s cynicism for ya. A Quentin Tarantino fave, Peter Fonda burns rubber.  –Blake Goble

Blue Book: This entry from Gareth Evans’ opera of violence is one of the shorter on this list, but the combination of a warp-speed fight scene and a crash-heavy sprint through Indonesian streets is just far too cool for us to deny. Give us the third one already, Evans. –Dominick Suzanne-Mayer