The Pitch: Shirley Jackson’s The Haunting of Hill House is one of the few horror stories that’s held in the same regard as A Farewell to Arms, The Catcher in the Rye, or even The Great Gatsby. Since its 1959 publication, the gothic novel has influenced heavyweights such as Master of Horror Stephen King and has been adapted for the screen to exceptional (1963’s The Haunting) and not-so-exceptional results (1999’s The Haunting). Now, director Mike Flanagan takes a crack at the story by expanding the source material into this era’s most popular narrative medium: a television series.

Back in the Crain Gang: Unlike the original novel, which centers around four eclectic intellectuals attempting to prove the existence of the supernatural over one spooky summer, Flanagan’s take follows an unsuspecting family renovating the titular house. As such, it’s a liberal adaptation, though Flanagan carries over the names, character quirks, themes, motifs, and scares in a multitude of clever ways. The most obvious nod is the family’s namesake, the Crains, who fans of the novel will recognize as the enigmatic architect of the nearly century-old house itself. Spoiler: They’re just as creepy. 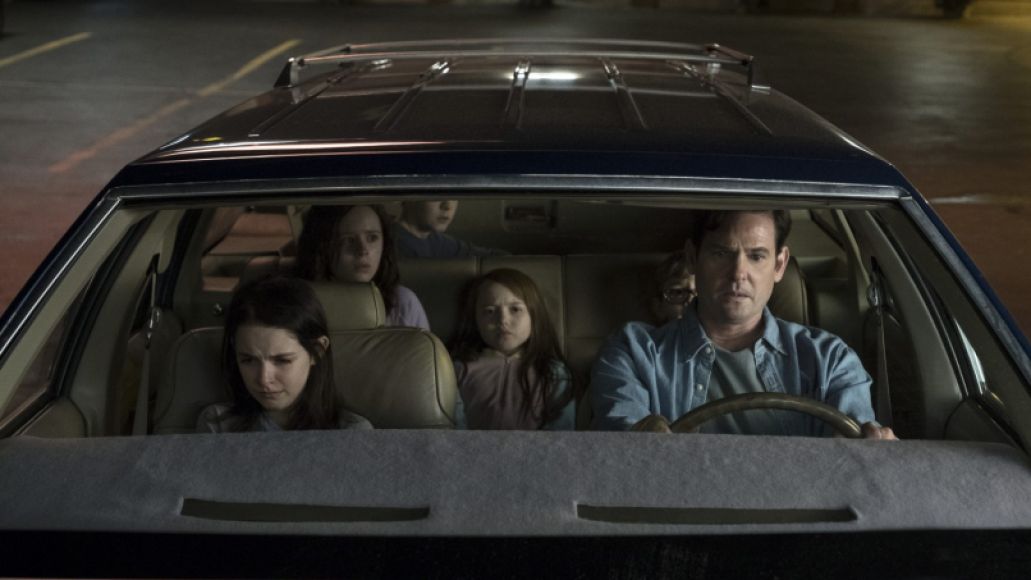 Yet all of their darkness stems from the house itself. Similar to the novel, psychology factors heavily into the story — and by proxy, the terror — leading each of the family members down various rabbit holes. Flanagan uses that to his advantage, welding the past and the present in ways that keep us interested and the characters interesting. The five children — Shirley, Luke, Theo, Eleanor, and Steven — and their two parents — Hugh and Olivia — all provide jagged pieces to the ensuing puzzle as Flanagan dedicates an episode to each of them. You know, like chapters in a book.

Here’s the thing, though: Each piece is always at the mercy of perception, which not only makes for an addicting narrative construct, but one that’s spiritually in line with the source material. So much of Jackson’s original story is indebted to the pitfalls of the human mind, essentially what we see and what we don’t see and how it’s intrinsic to the individual, and that’s paramount to this series. Flanagan executes this Rashomon-like narrative in an almost operatic sense, turning what could have been a maudlin family drama, into an exercise in psychology. It’s impressive. Really fucking impressive. 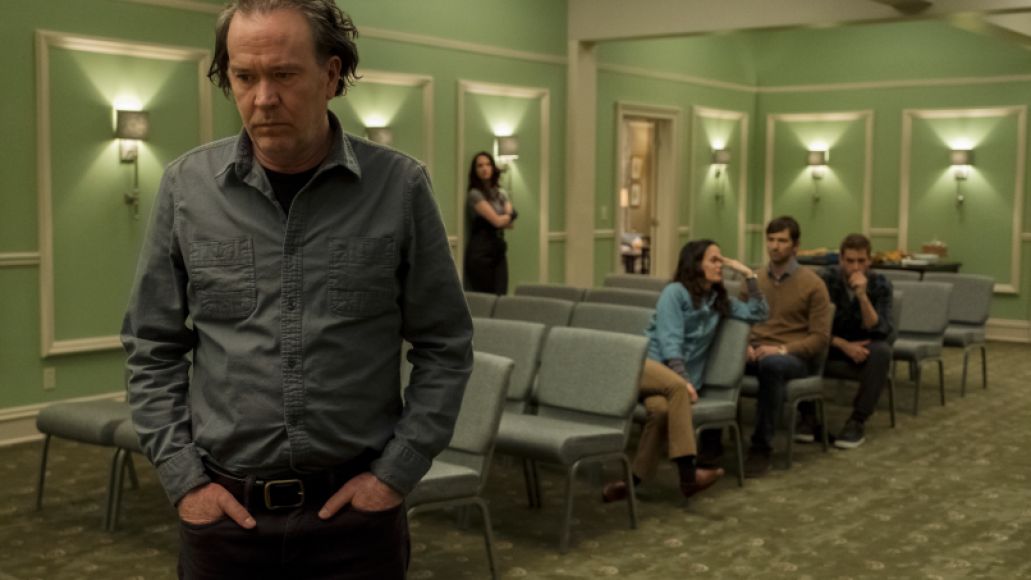 Long Love the King: By now, it’s no secret that Flanagan is a scholar of Stephen King, what with last year’s Gerald’s Game and the forthcoming adaptation of Doctor Sleep, and his influence is all over Hill House. In fact, the construction of the entire series feels Kingian by nature, specifically the way the past informs the present and vice versa. Like King, Flanagan often narratively pulls his punches, introducing one event and pivoting to another to eventually come full circle for maximum effect. That narrative cadence is what makes Hill House so mystifying and especially so alluring.

What’s more, the allusions between the Crain family and The Losers’ Club in King’s 1986 magnum opus It are unmistakable. Each family member is individually introduced with their respective hauntings in a manner that’s akin to the Losers’ initial portraits in chapters like the “Six Phone Calls” or the entire second part of It. While their eventual reunion — in an episode that does wonders with continuous shots — holds a familiar weight to the Losers’ unnerving dinner at the Jade. But really, the story feels like a parallel to the novel namely because it’s so centered around the weight we carry on from childhood.

Whether or not Flanagan’s conscious of this is for him to answer, but if so, this is hardly a blatant homage. If anything, he’s using the faculties and rhythms of the best-selling author in ways that wisely reconfigures Jackson’s source material. It makes for a more modern experience and one that’s far more palpable given the family dynamic. You feel for these characters at a level that makes the resulting horror and terror far more catastrophic and lingering than, say, watching four strangers play cat and mouse with ghosts that may or may not be there. In this case, they’re definitely there. 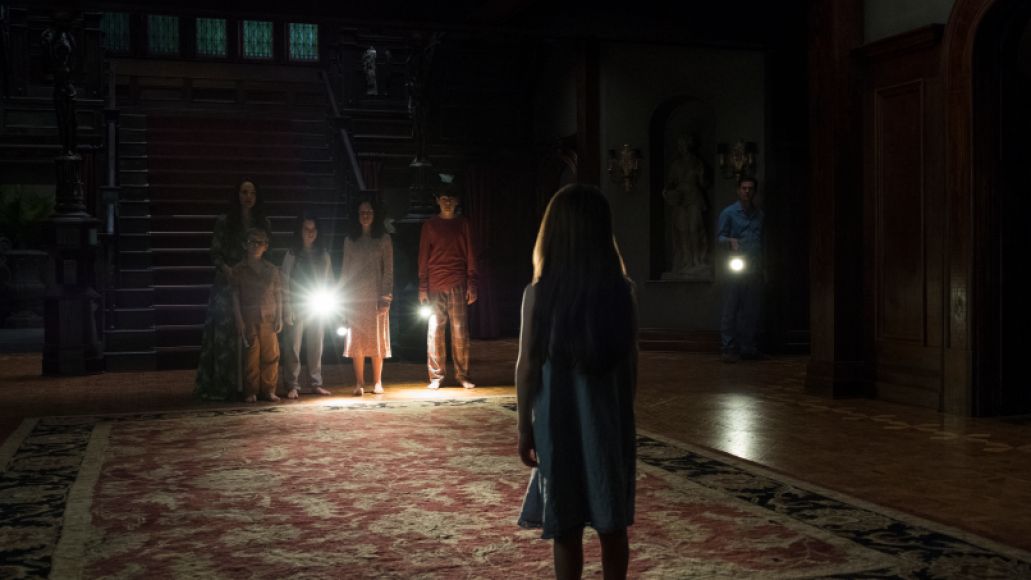 The Haunting of Our House: Oh, that they are! Part of the intrigue of Jackson’s original novel is that you’re only given teases or hints as to what may or may not be in the shadows, letting your imagination run wild. Flanagan runs with that idea, delivering whatever he might have imagined while reading the text, while also giving viewers a chance to carve out their own. Though, when he does yank things out from the shadows, what you see are often some of his most jarring pieces of horror to date, and that says a lot seeing how his resume comes fully stocked with things that go bump at night.

Without spoiling too much, there’s a particular harrowing sequence involving a recurring spectre roaming the halls with a cane. It’s a scene that any filmmaker without some sense of patience could screw up, but Flanagan leans on the shadows and utilizes proximity for maximum effect, teasing the suspense with the repetition of sound. If Ari Aster’s similar direction in Hereditary from this past June is any indication, it’s a moment that will stick with you long after you’ve opted to call it a night on Netflix. Had this writer seen this as a child, there would be no sleeping. Who am I kidding? I hardly slept.

Know that there are at least a dozen more chilling scenes like this. 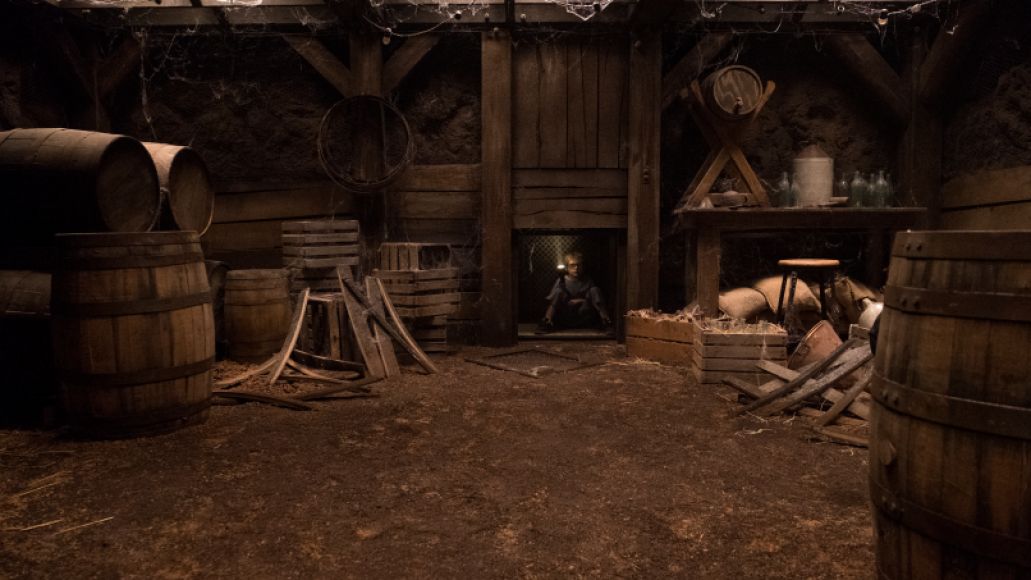 Okay, But Who Wins Hill House? Much of the success of this series is also owed to its incredible cast. Flanagan not only assembled one hell of a top-tier lineup in Carla Gugino, Timothy Hutton, and Henry Thomas, but an inspiring ensemble of young talent who match their even younger counterparts in ways that Andres Muschietti will have to nail come next September with his followup to It. Thomas and Gugino, regulars by now of Flanagan, are choice in their roles as Young Hugh and Olivia, respectively, but the true stunner is another Flanny go-to: Kate Siegel as adult Theo. It helps that her character is the edgiest of this not-so-Brady bunch, but her mix of charm and attitude is the most magnetic of the bunch. 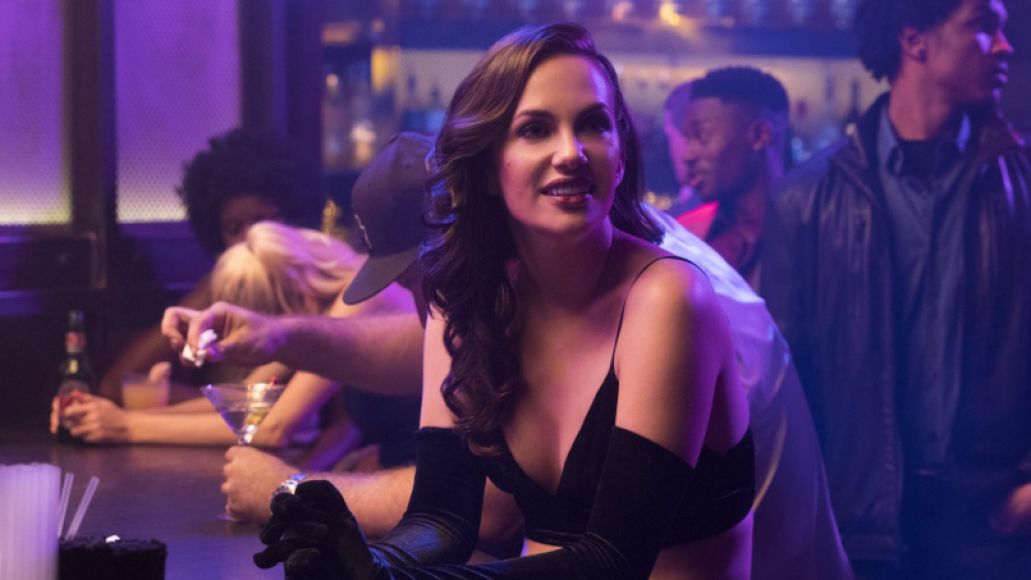 The Verdict: The Haunting of Hill House feels like a passion project for Flanagan. It’s an assured collection of 10 episodes that never wavers in the slightest, which, honestly, can’t be said of his past works. It’s a slightly slow climb, sure, but only because anyone tuning into a horror show these days expects the generic tropes of a horror show. To be fair, this series indulges in a few of them — there’s one recurring Ryan Murphy-esque ghoul that taunts Olivia in a manner that can best be described as “Off-Broadway schtick” — but Flanagan muscles by prioritizing story over scares.

He also shakes it up: When Flanagan wants to be visceral, he earns it. When he opts to be withholding, there’s no argument. There’s a finesse to the series that’s been severely lacking in Netflix’s original programming as of late, and one has to assume this stems from Flanagan’s investment in the source material. Yet, unlike Gerald’s Game, his greatest strength here is when he’s playing with the story as opposed to being slavishly devoted to it. (Here’s hoping he applies that logic to Doctor Sleep. Please god.) It’s a reimagining for an era that doesn’t know what that word means anymore.

Turn off the lights and find out for yourself.

Where’s It Playing? The Haunting of Hill House is currently streaming on Netflix.