Editor’s Note: This article originally ran in 2018. We’re resharing this week as The White Album turns 52.

Up until 1968, The Beatles’ success largely derived from their cooperation and cohesion as a band unit. They had honed their rock and roll chops in Hamburg to become a tight live act, both in concert and when recording backing tracks. John Lennon and Paul McCartney combined a healthy rivalry with a willingness to improve each other’s work, becoming the most successful songwriting duo of all time. And the band’s members played off each other’s creativity in the studio, displaying open-mindedness toward any one member’s ideas or projects (George Harrison’s devotion to the sitar, McCartney’s psychedelic Pepper’s concept) and folding their individual contributions together in innovative studio sessions.

The Beatles contains comparatively little of that teamwork. When it came time to record all the songs the band had written in India, the sessions were marred by discord, infighting, and creative differences. Only 16 of the White Album’s 30 tracks feature all four Beatles, and at one point, the atmosphere became so toxic that Ringo Starr left the band for two weeks. (The other three Beatles filled in on drums to record “Back in the U.S.S.R.” and “Dear Prudence”.)

And yet The Beatles, with its sprawling track list and wild sonic variations, contains countless sublime moments. It’s the record where Harrison proved himself to be Lennon and McCartney’s songwriting equal. It’s the record where The Beatles explored genres from their traditional rock, blues, and folk wheelhouse to old-time Hollywood, musique concréte, and whatever the hell “Wild Honey Pie” is. It’s the record where each individual Beatle’s impact on the group is crystal clear. But most importantly, it contains a ton of great songs that countless other recording artists have been moved to perform. Here are 10 of the best such covers.

Some covers are remarkable in their reinterpretation of the original recording. This is not one of those covers. The assembled supergroup, honoring George Harrison’s induction to the Rock and Roll Hall of Fame, mostly sticks to the original script … and then one of the most talented dudes to ever pick up an axe elevates Harrison’s classic to new heights of emotion. If Clapton made his guitar gently weep on the original recording, Prince made his guitar sob harder than I do at the end of every Pixar movie. The best moment of this video comes when Dhani Harrison, George’s son and one of the rhythm guitarists performing, witnesses Prince about to melt everyone’s faces and gleefully smiles in anticipation. “While My Guitar Gently Weeps” is arguably the best song on The White Album, and it deserves to have this level of skill and melodrama poured into it every time it’s performed — and it’s performed a lot. Enough to have more than one entry here.

Ukulele virtuoso Jake Shimabukuro covered “While My Guitar Gently Weeps” for a New York show called Midnight Ukulele Disco in 2006. Without his knowledge, someone uploaded the video to YouTube, and it went viral — one of the earliest viral videos on the now-ubiquitous platform. Shimabukuro brings unbelievable dynamism to the song, despite possessing two fewer strings than any guitarist would. His subtle improvisations on the melody create a plaintive, florid mood, and his finger-picked background emphasizes the beauty of Harrison’s original chord progression — perhaps fittingly for a song named after an instrument, the lyrics appear largely superfluous. 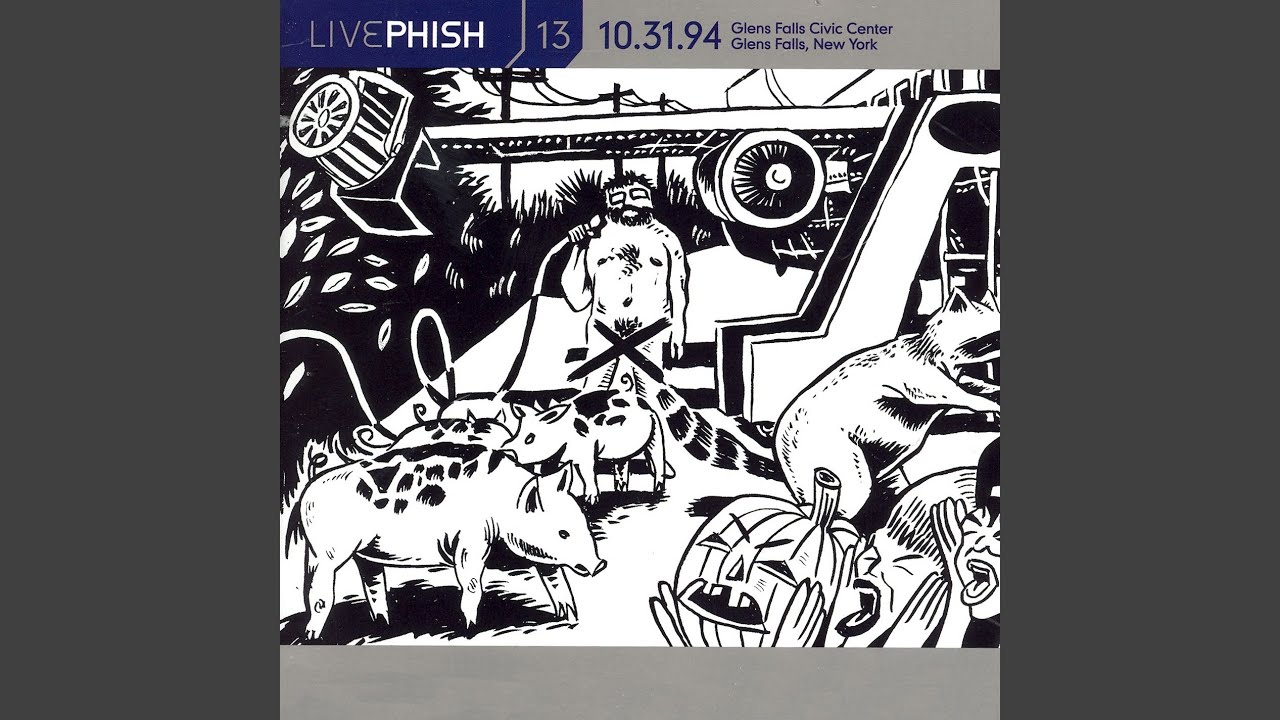 This cover comes from a Halloween concert in 1994 where Phish played the entire White Album front to back (with the exception of “Good Night”). It’s worth checking out in its entirety — Phish, like all good jam bands, excel at live performance — but this song’s scathing, humorous lyrics and jangly bounce fit the band’s style and sensibilities particularly well. The falsetto vocals in Phish’s version become even funnier when you realize that Yoko Ono sang the high harmonies on the original recording.

Paul McCartney received the Library of Congress’ Gershwin Prize for Popular Song in Performance in 2010, and Jack White honored the occasion with a solo performance of “Mother Nature’s Son”, one of McCartney’s loveliest, most folksy melodies. The small errors that White makes on the guitar, combined with the raw tenor of his vocal performance, strip down an already-simple song to the bare emotions that underlie it. Perhaps the best moment of the performance arrives when White seamlessly transitions into another McCartney song, “That Would Be Something”, taking on a Robert Plant-esque howl in the process.

With the increasing individualism of The White Album’s tracks came a decreasing use of vocal harmonies — a real shame, considering that The Beatles’ harmonies were intricate and beautiful. Crosby, Stills & Nash provide us a glimpse of what “Blackbird” might have sounded like if McCartney had enlisted the support of his bandmates rather than recording the track solo. The trio claims that the song is one of their favorites, and they proceed to apply their trademark vocal blend to the sparse acoustic arrangement. The high notes they hit evoke the titular bird taking flight.

This song is an example of what John Lennon called “Paul’s granny music” — The White Album showcased not only a divergence of Lennon and McCartney’s styles, but also an increasing disdain for each other’s musical proclivities. Here, No Doubt leans into the blithe enthusiasm of “Ob-La-Di, Ob-La-Da”, giving Gwen Stefani a chance to jump around and get the whole band involved in a celebration of everyday life. A ska cover with jaunty horns actually makes a lot of sense, too, because McCartney drew influence for the song from Britain’s rising ska and reggae scene; the song’s “Desmond” is a reference to Desmond Dekker, a Jamaican musician who had just toured the United Kingdom.

“Dear Prudence” was one of Jerry Garcia’s favorite songs. Here he puts a filled-out spin on The White Album’s spaciest track. John Lennon wrote “Dear Prudence” about Prudence Farrow (Mia’s sister), who was with The Beatles in India and spent most of her time inside, meditating alone. The song celebrates the beauty of the world outside one’s own head, and Garcia explores that idea of looking outward to find inner peace by adding a wider variety of sounds to the mix. The laid-back keys, the down-tempo arrangement, and Garcia’s expressive soloing lay out a soundscape as lush as the world Prudence is missing out on.

The Beatles wrote “Back in the U.S.S.R.” as a riff on The Beach Boys, throwing in some Brian Wilson-esque harmonies and turning the subject matter from American girls to Russian ones. In one sense, the Dead Kennedys turn that homage into parody; punk is rebellious, and in speeding up the song and pounding down the music and vocals with a blunt object, the band makes “Back in the U.S.S.R.” sound like a critique on ‘60s pop-rock. But on the other hand, the song is still catchy as hell, which makes it all the more subversive. It’s fun to wonder what McCartney would think of his carefully crafted bass line in the verses being sandblasted down to thudding eighth notes.

Across the Universe – “Why Don’t We Do It in the Road?”

Among movies based on Beatles music, Across the Universe easily crushes the ill-conceived, Bee Gee-fronted Sgt. Pepper’s movie. Julie Taymor’s film about young love and upheaval in 1960s New York featured more than 30 renditions of Beatles songs, from “Girl” forlornly performed at the seaside to a psychedelic, chaotic, war-torn “Strawberry Fields Forever”. But the best songs in Across the Universe are those performed by Dana Fuchs (Sadie), who combines the rasp of Janis Joplin with the husky sexiness of Grace Slick to give us the best of female ‘60s rockers. Her performance of “Why Don’t We Do It in hte Road?” makes Paul’s simple blues tune feel totally at home in the era. 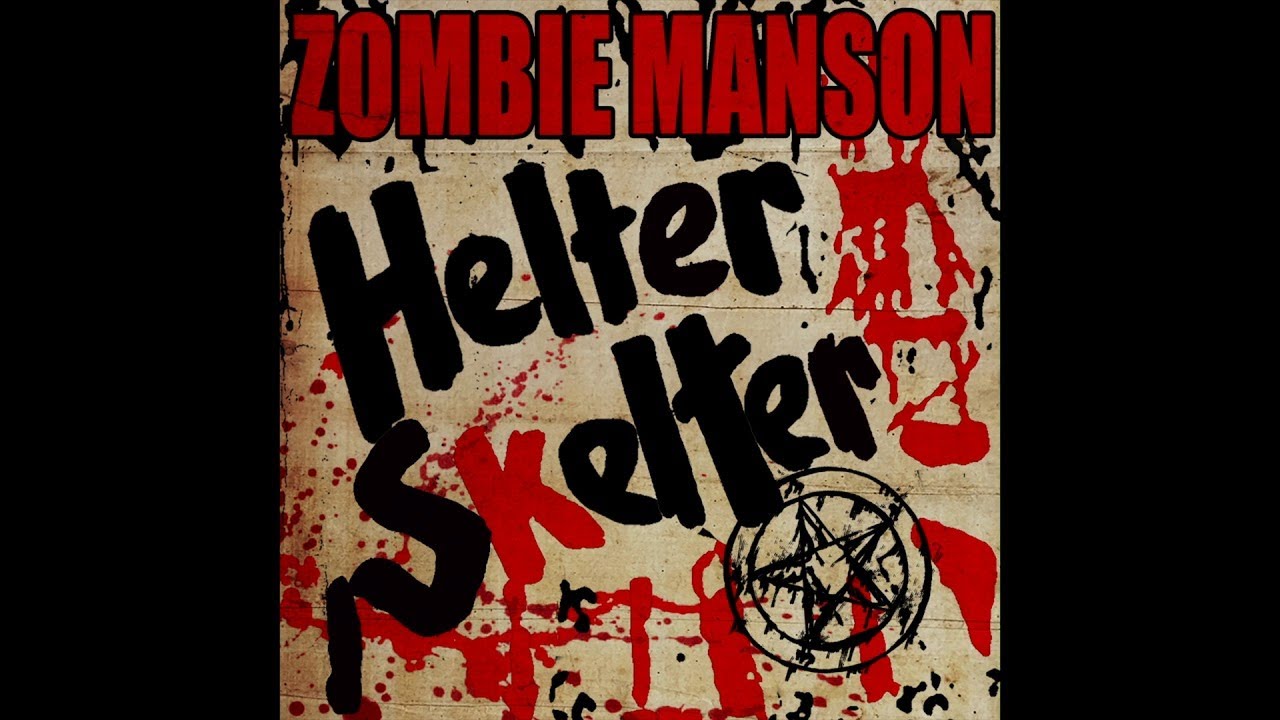 Paul McCartney was inspired to write “Helter Skelter” after reading that Pete Townshend was proud of The Who getting the heaviest and rawest they’d ever been on “I Can See for Miles”. This song hit 1960s listeners in the mouth with its raucous distortion, massive bass, and abundance of crash cymbals. It only makes sense that a modern-day cover of “Helter Skelter” should reach toward the heavier end of modern-day music, and Rob Zombie and Marilyn Manson approach that with their industrial metal take on the song. Growled vocals, down-tuned guitars, and persistent tambourine that sounds like clinking chains set an intense tone that never relents, not even when the guitar offers a callback to “Lucy in the Sky with Diamonds” after the first verse.